Sarah Khan is a powerhouse of talent, beauty, and strength. She is one of the most well-known actors in Pakistani drama. With Sabaat, Raqs e Bismil, and Laapata serving as back-to-back hits, Sarah Khan is currently working on Wabaal and will return to the big screen with a bang. She also has motherly responsibilities, and we adore seeing her with her daughter Alyana Falak. 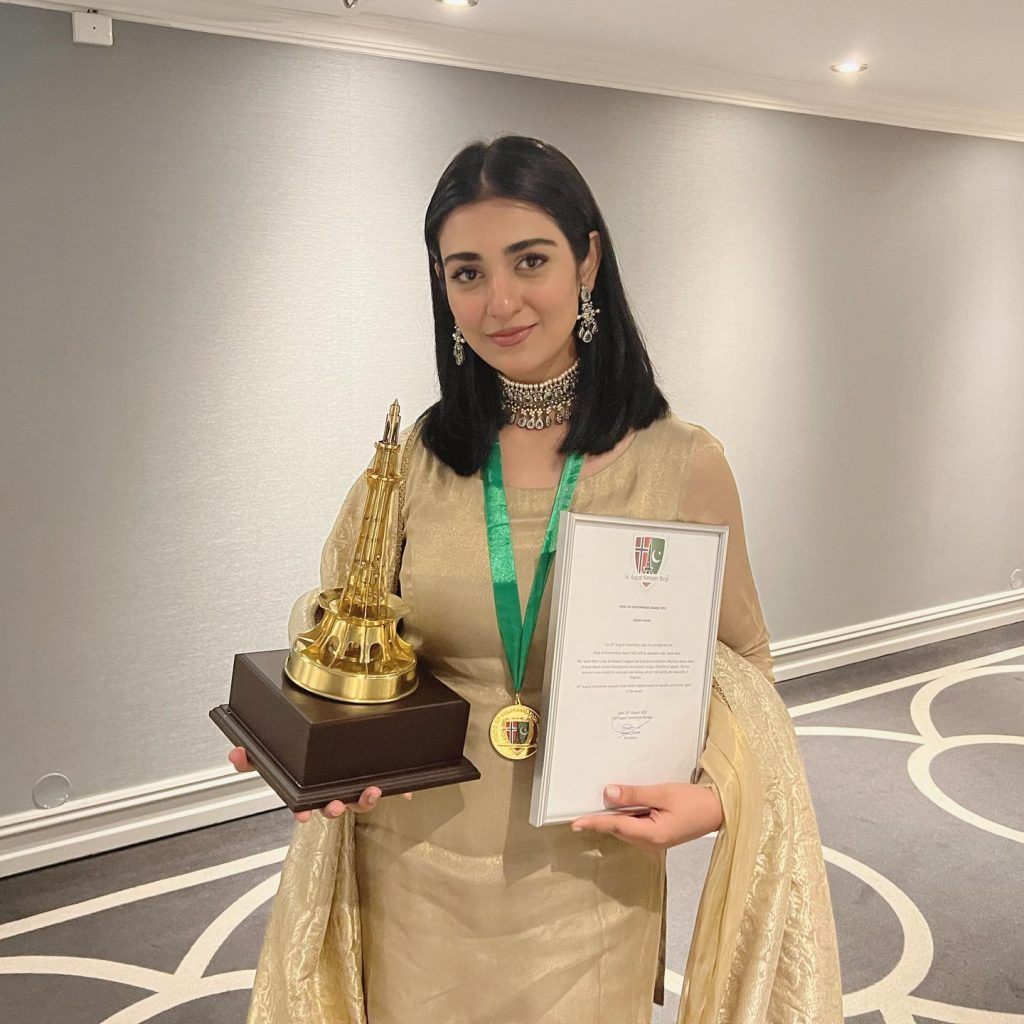 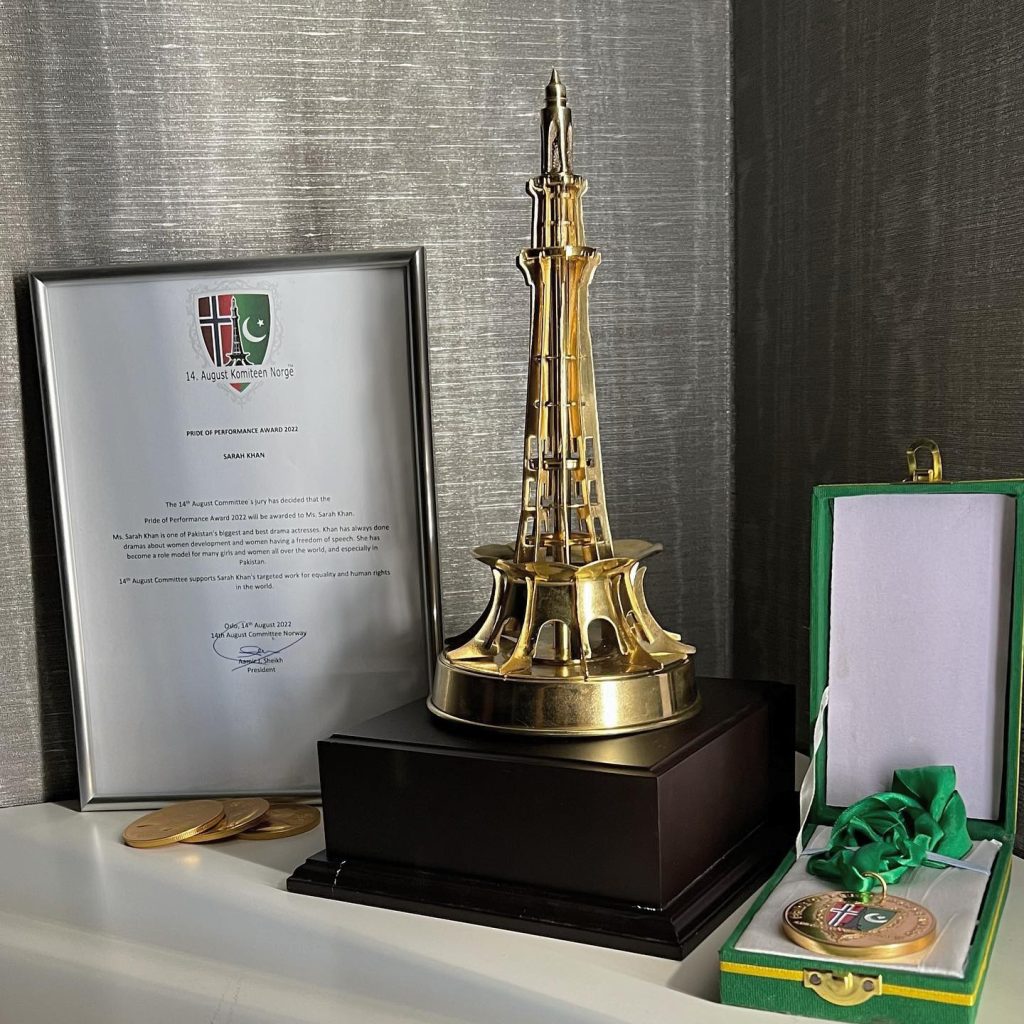 With her husband Falak, sisters Ayesha and Noor, and sisters Noor, Sarah Khan celebrated Norway’s Independence Day in Norway. Sarah Khan received the Pride of Performance award for her work from the Pakistani community. 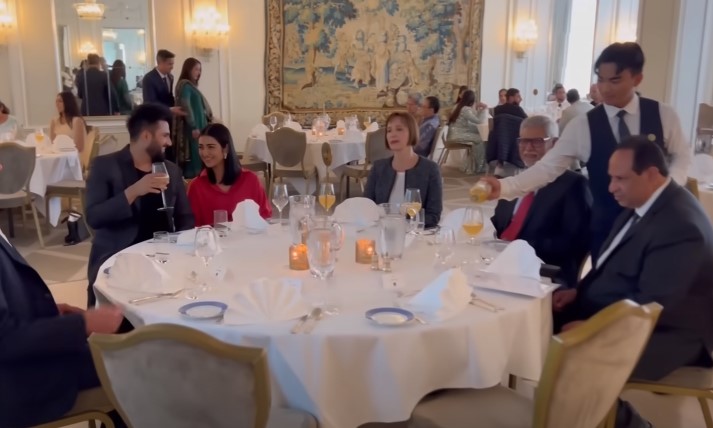 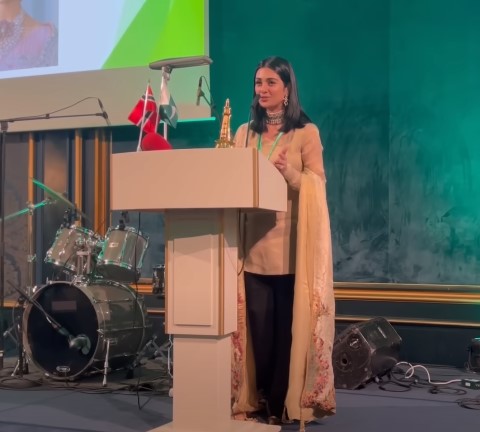 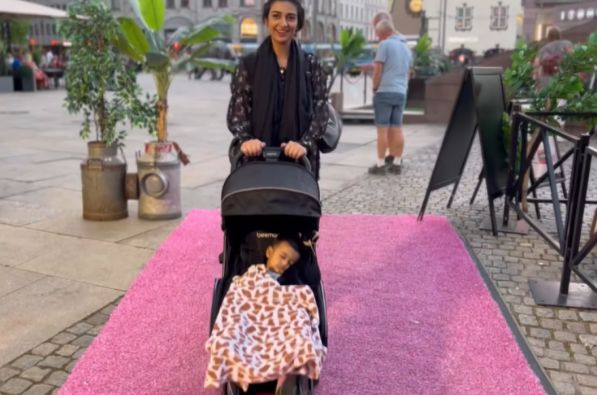 Alongside Imran Abbas, Falak Shabbir also performed at the event on August 14. The celebrities appeared to be having a fantastic time, and Falak attended the award presentation when his cherished wife was honoured in front of the entire neighbourhood. Here are some images from Sarah and Falak’s trip to Norway and Sarah receiving her award: 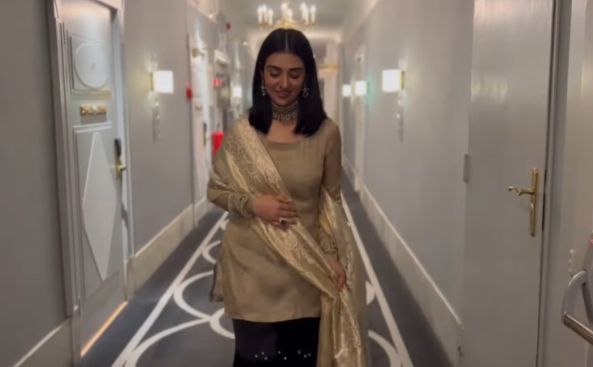