Kiran Tabeir is regarded as one of Pakistan’s top models and actors. And the reason for this girl’s celebrity is the Geo TV show Hum Sub Umeed Se Hain. She then began her acting career with Geo TV’s drama series Taar e Ankaboot. And she didn’t look back after that, continuing to work hard day and night to make her name and fame in the industry on her own. 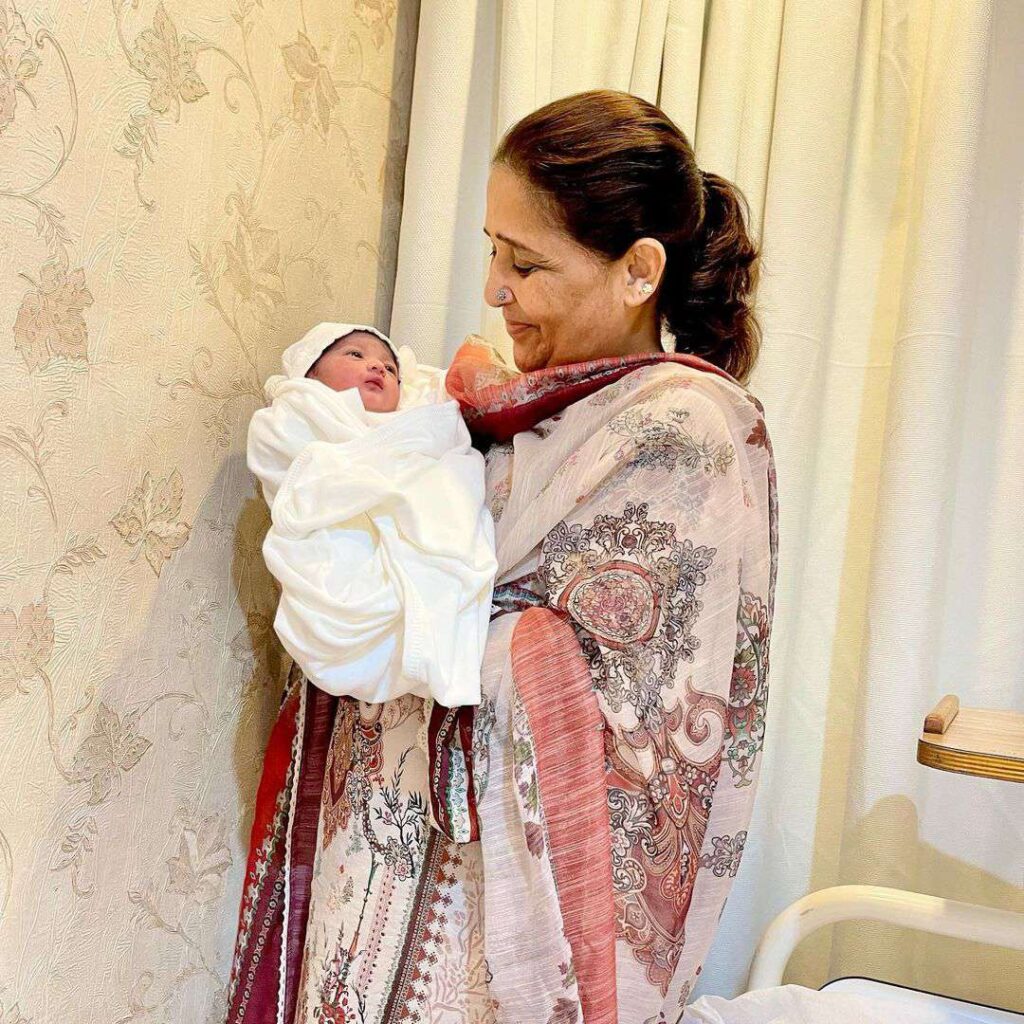 If the age of Kiran Tabeir is mentioned in the year 2022, then she has turned 32 years old. And she started her married life by marrying businessman Hamza Safdar in the year 2011. A few days ago, a video of Kiran Tabeir went viral on social media in which people praised her for a scene in the role of ‘Shiza Fiza’. People said that what was the real purpose of making this video, can’t twin sisters get married in the same house?

On the other hand, after nearly twelve years of marriage, Pakistani actress Kiran Tabeir has given birth to her first child. The actress confirmed the big news on her Instagram account while thanking God, as seen in the viral photos.

Years later, when the news of the birth of a child at Kiran’s house went viral in the family, the entire family rushed to the hospital to catch a glimpse of the baby girl.