In the PTV drama serial “Chal Jhooti,” Fatima Effendi debuted as a child performer in 2001. She participated in numerous drama serials and took a rest in between for many years. Fatima has performed in several auxiliary roles. 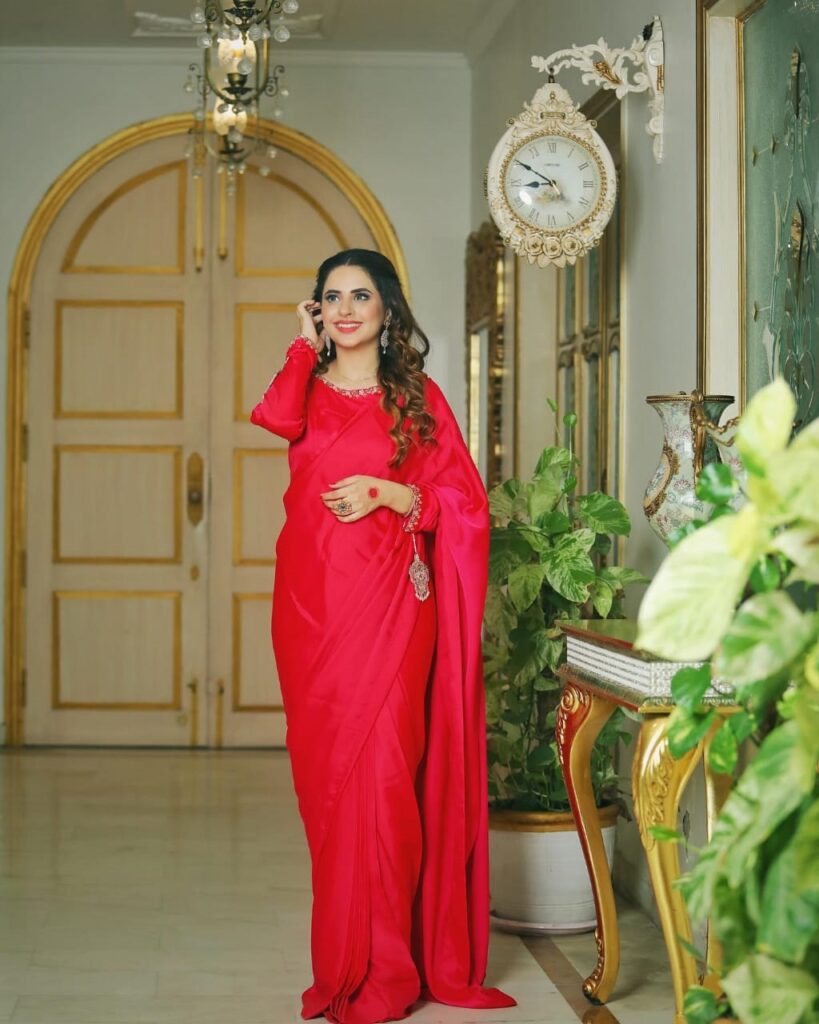 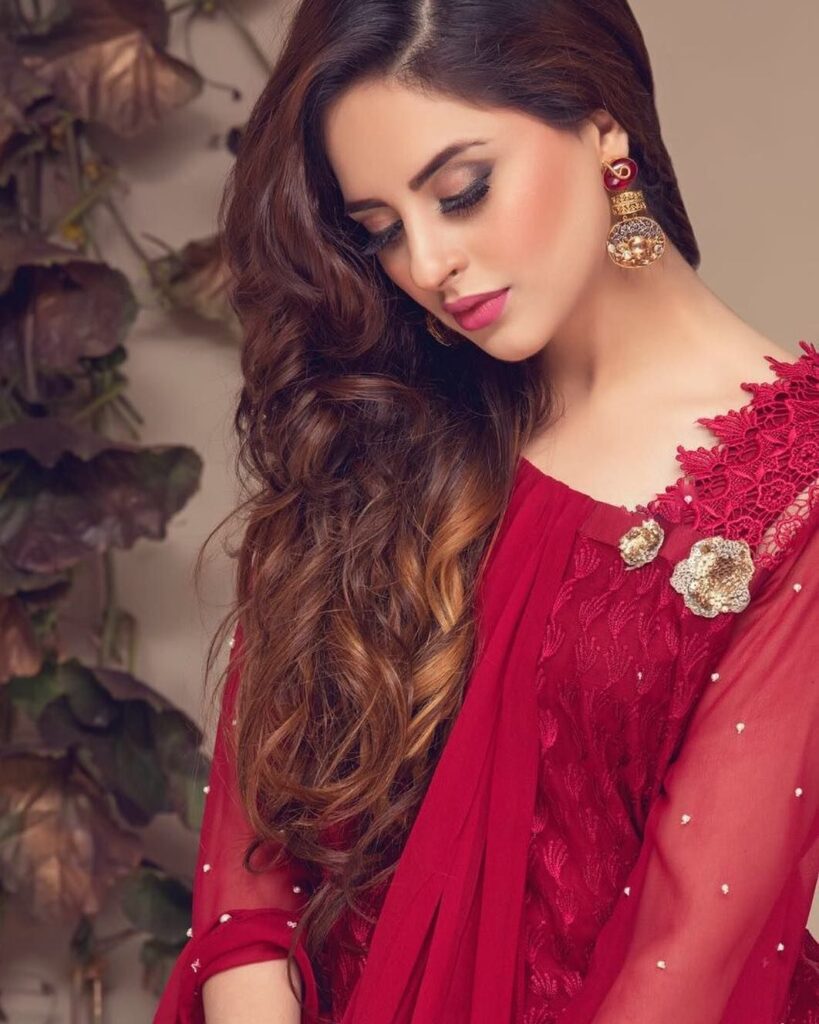 Actress Fatima Effendi share recently stunning pictures on her Instagram account, Fatima effendi wore a simple full dark red color sari, She looks so beautiful young, and lovely in these pictures but fans of time effendi give comments on below these pictures she looks like an aunty and old age women. 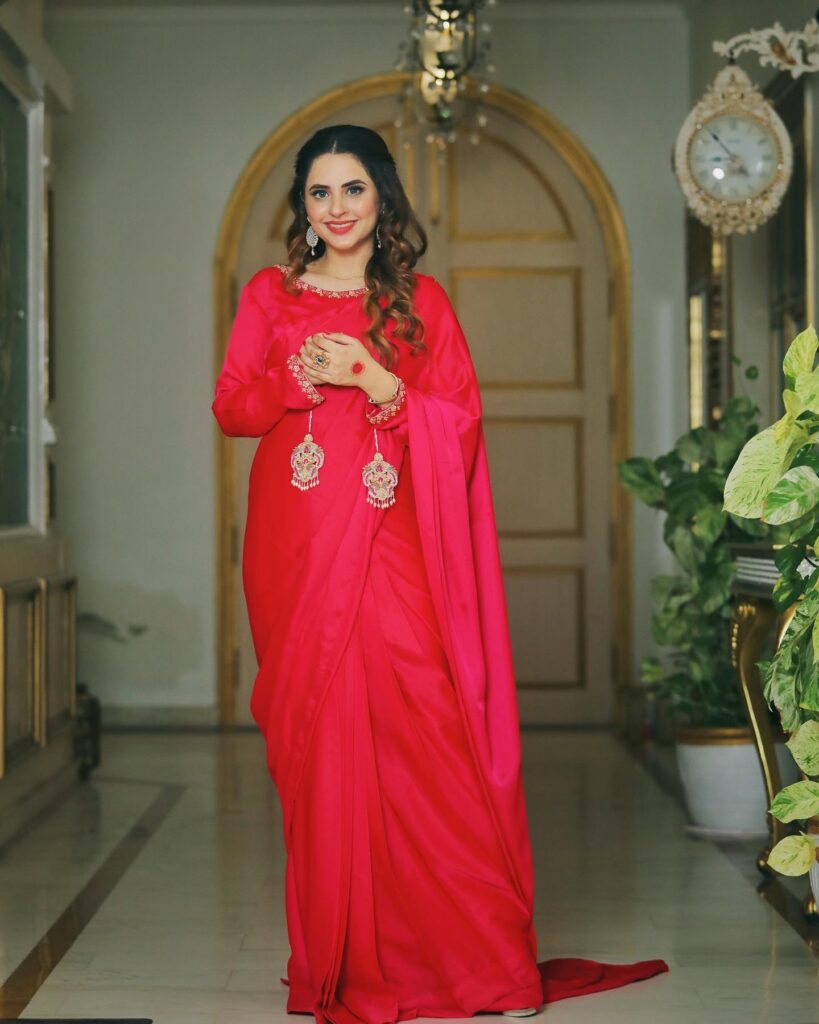 One of the most popular celebrity couples in Pakistani showbiz is Fatima Effendi and Kanwar Arsalan. The two are known for their exceptional performing abilities in a number of popular Pakistani shows. 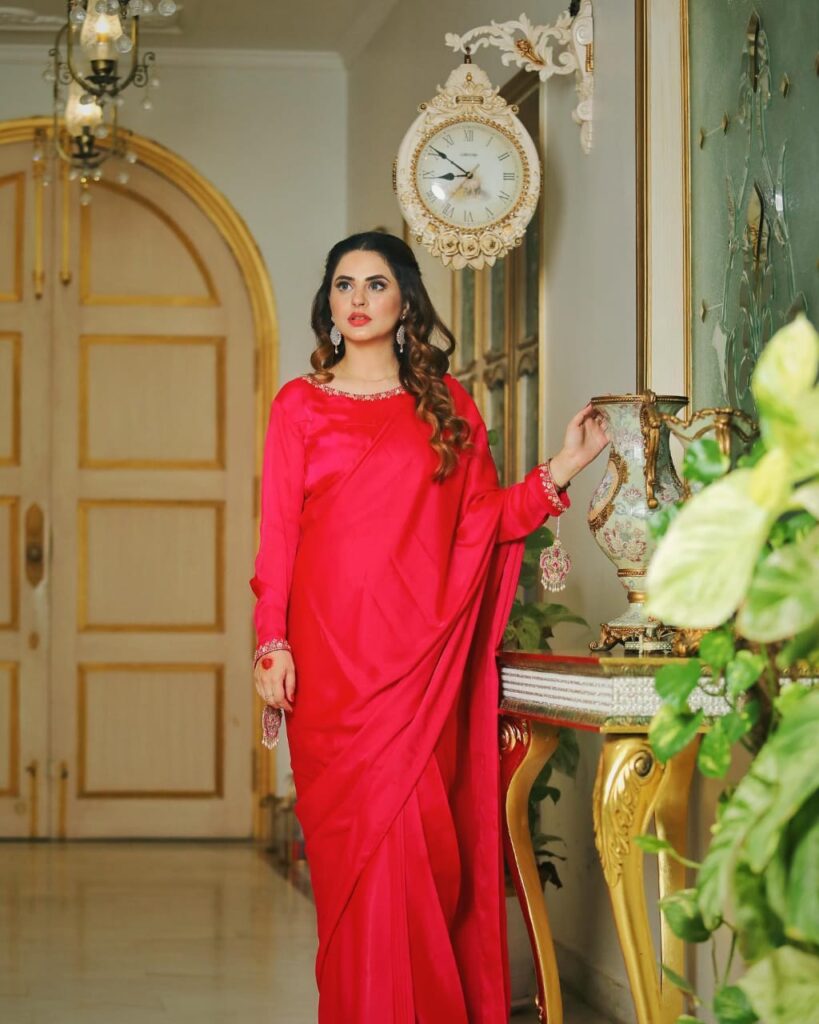