Sunita Marshall is a stunning Pakistani actress and model who is married to another outstanding and lovely actor, Hassan Ahmed. Prior to marrying Sunita, Hassan Ahmed worked in an advertising business. He subsequently changed his career path to acting, and the two make a cute celebrity pair. The couple is the proud parents of two gorgeous children. 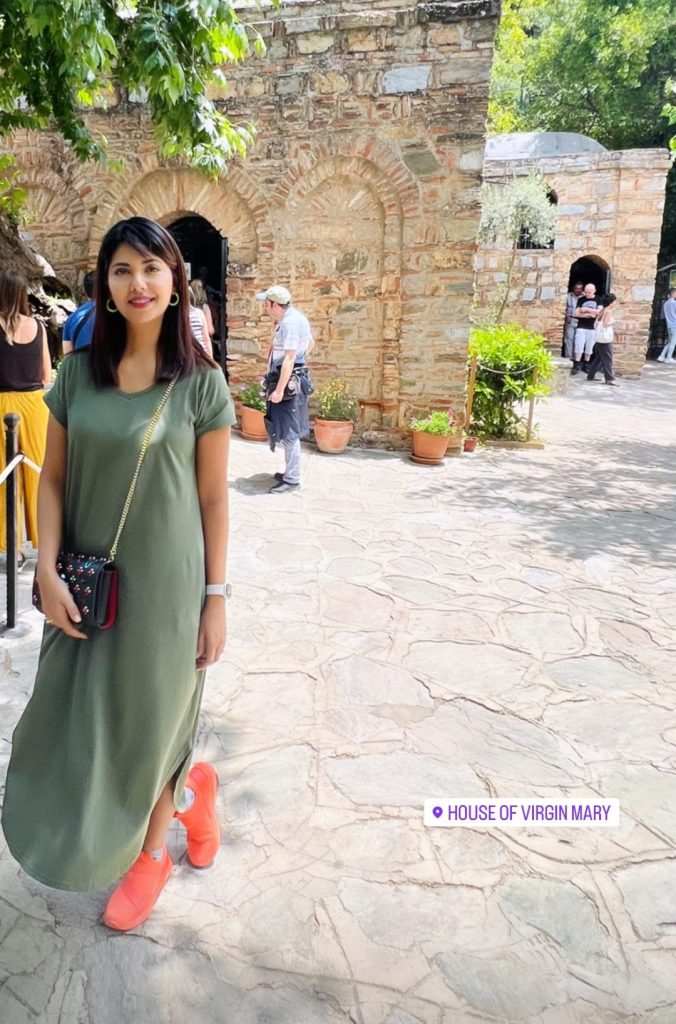 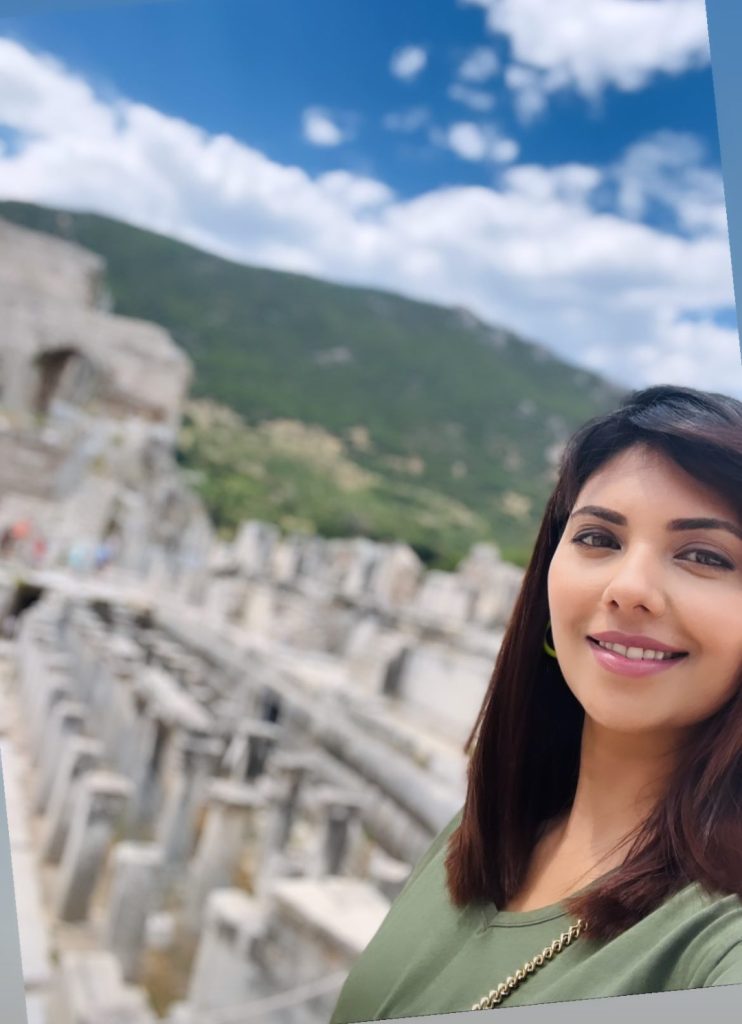 Sunita and Hassan like taking vacations and have travelled to practically every country in the world, from the United States to Europe and Asia. The pair is currently in Turkey, where they had a great day in the ancient city of Ephesus, where they had lunch in a mag ifhotel in the picturesque city of Ephesus, which dates back to 1000 BC and is now recognised for its well-preserved Roman heritage. 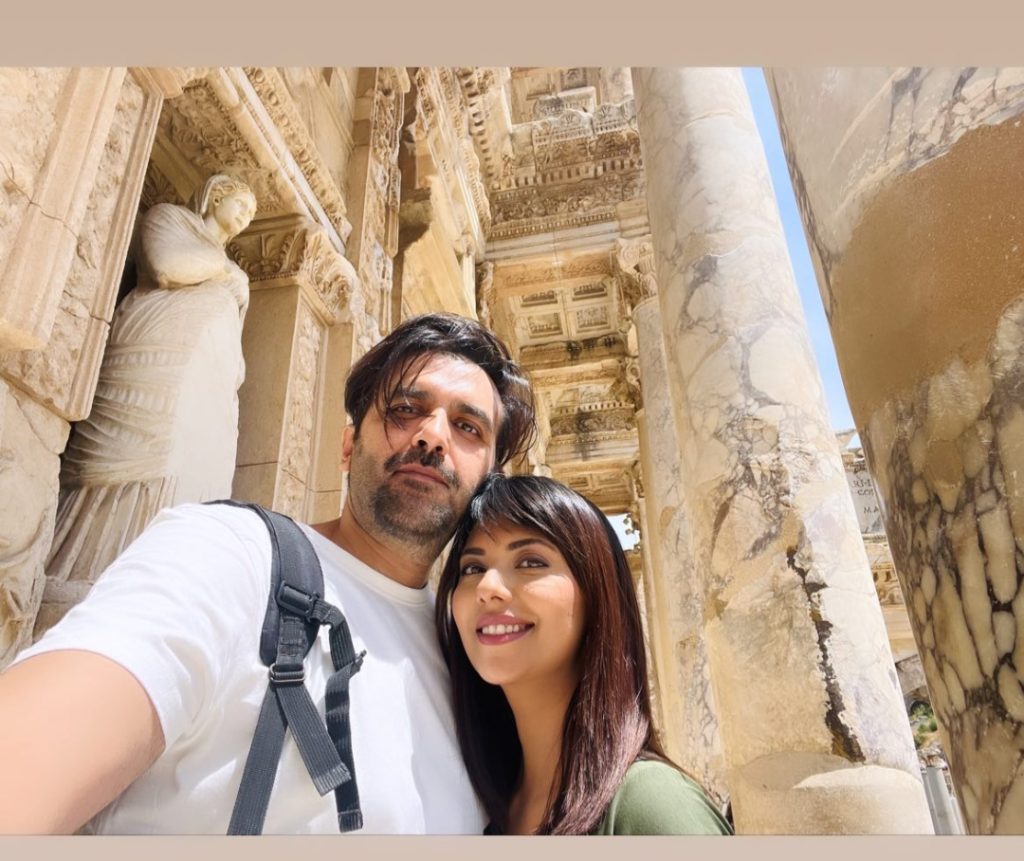 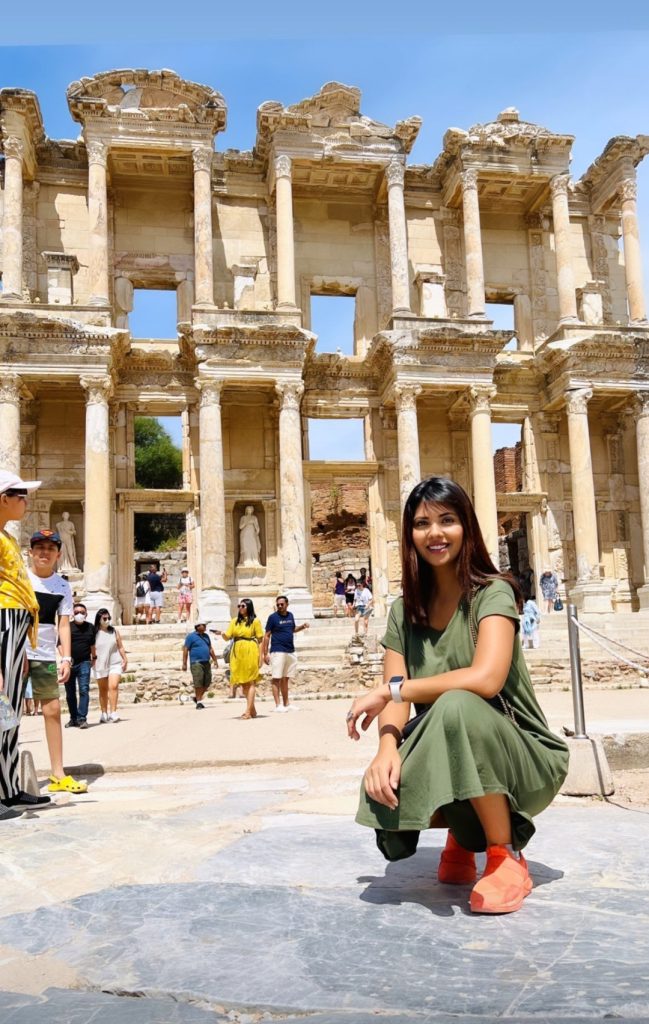 The couple had a wonderful day at the lovely hotel with a breathtaking view. In the caption, Hassan Ahmed commended the location. Here are some photos of the pair from their lovely day spent admiring Roman sites in Ephesus, Turkey. Take a peek at the photos. 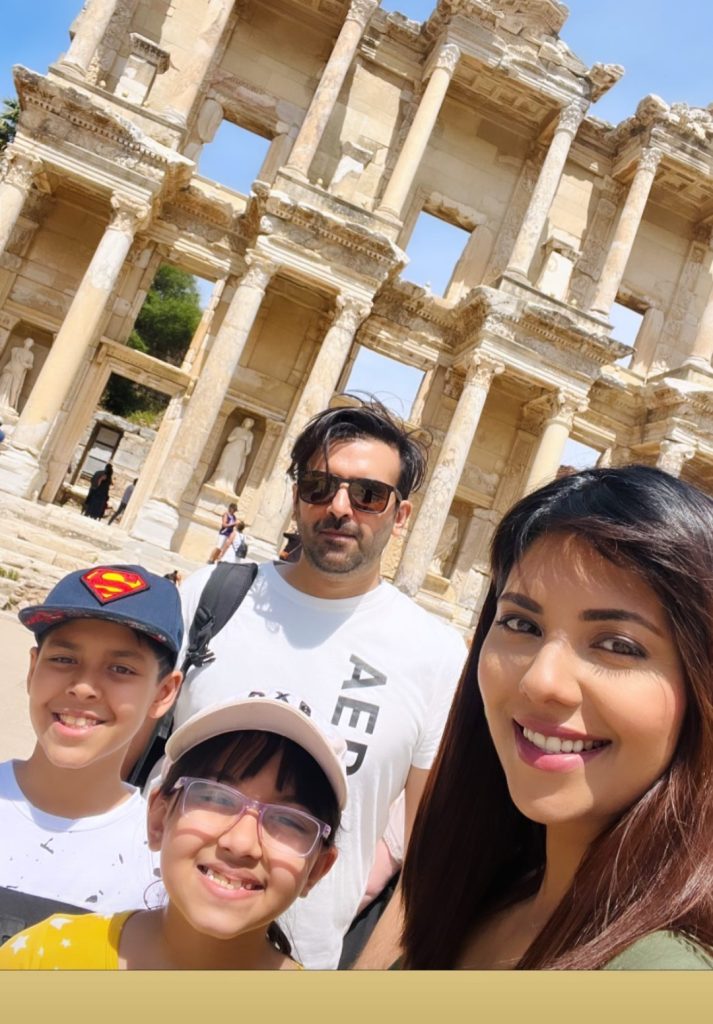 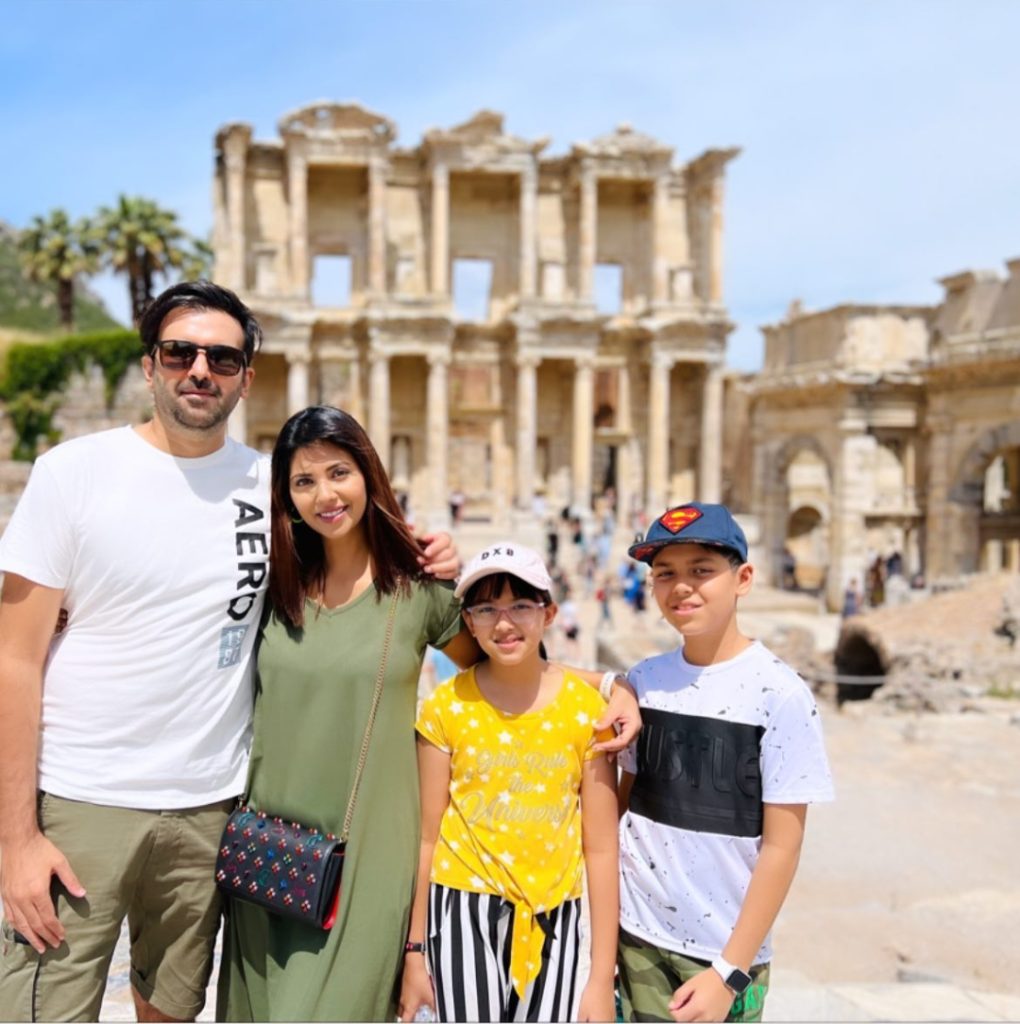 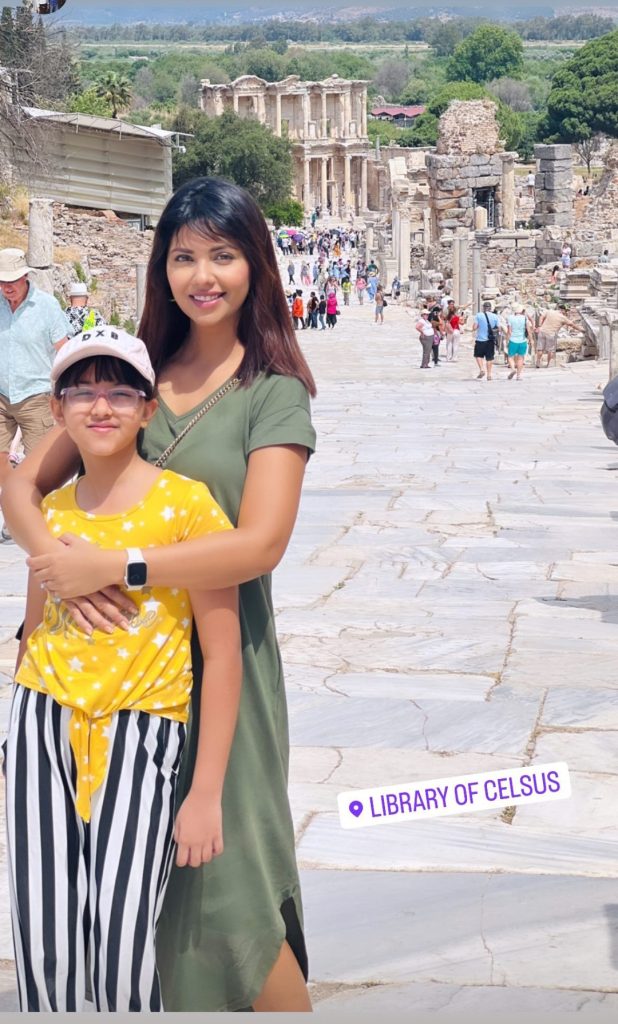