Adorable photos of Uroosa and Bilal Qureshi celebrating the 1st birthday of their son.

Uroosa and Bilal Qureshi are one of Pakistani entertainment’s most popular star couples. They’re both adorable and entertaining to see together. Bilal and Uroosa, who are parents to two boys, are continuously sharing heartwarming moments with their admirers. They recently co-hosted a Ramadan transmission, and we witnessed them wonderfully coordinating and working on work. 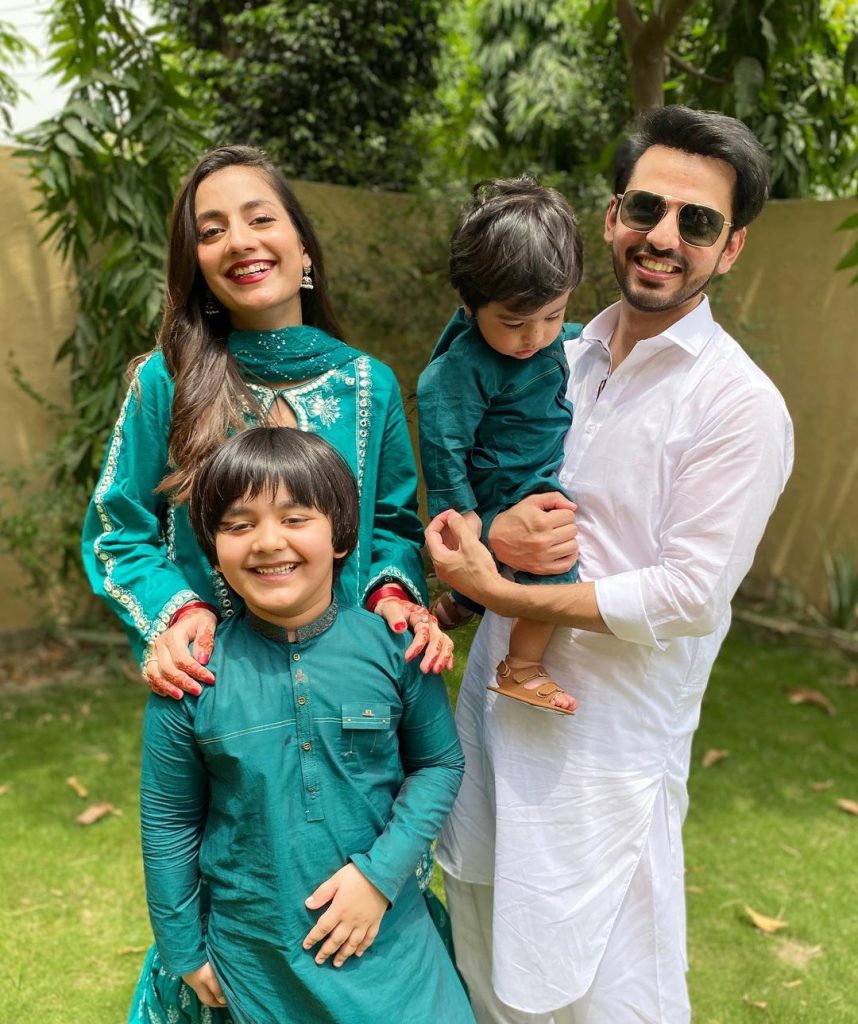 Roman’s first birthday was recently celebrated by the pair. The family dressed in matching attire and took some beautiful photos of themselves and the birthday kid to share with the followers. Look into: 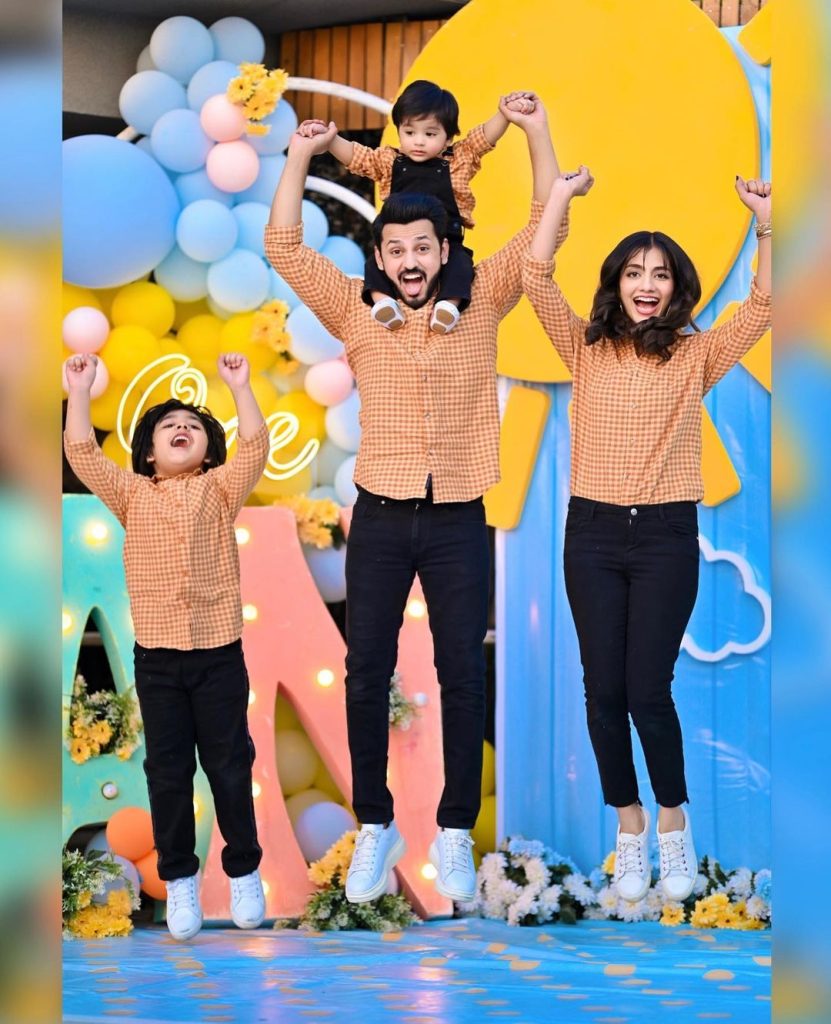 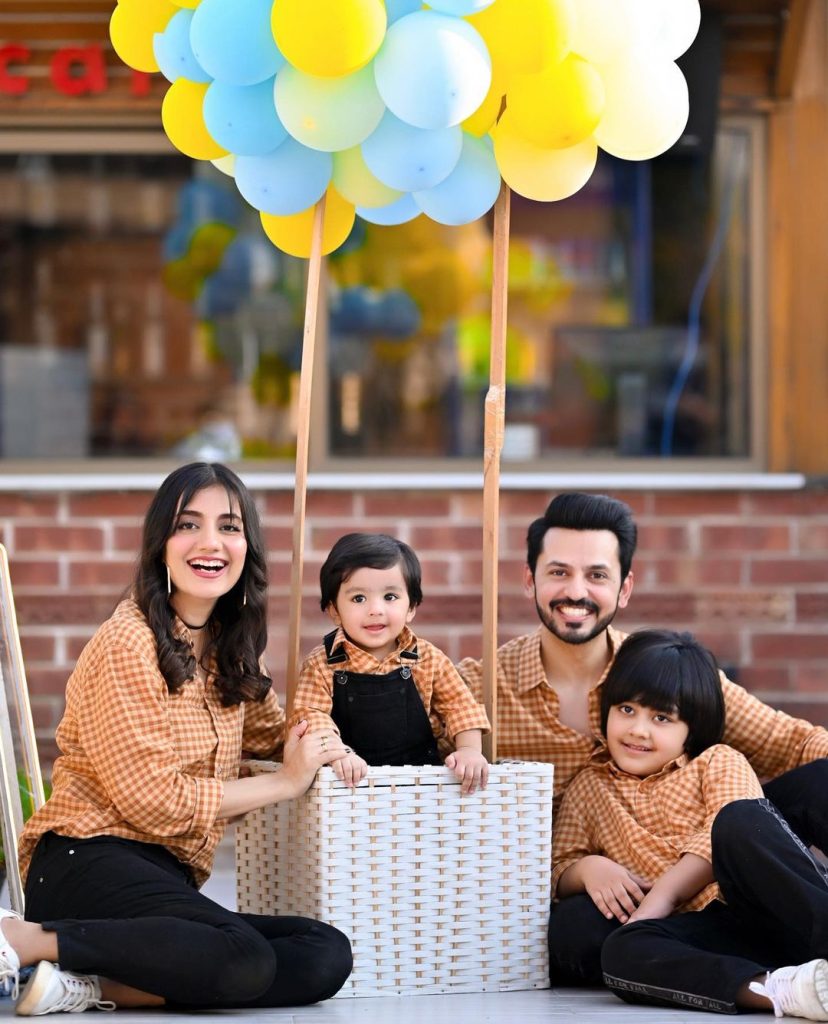 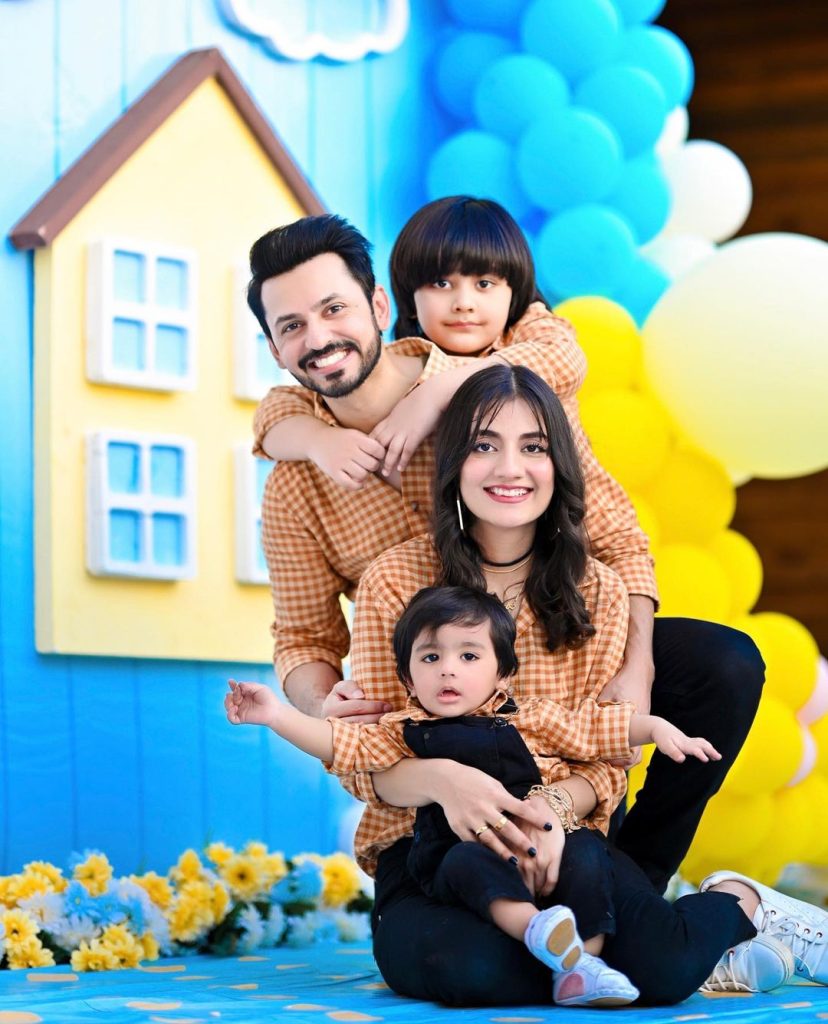 Uroosa Bilal Qureshi is a Pakistani model turned television actress who has appeared in a variety of soap operas and plays. Uroosa began her career in show business as a model. She has walked the runways for a number of different fashion designers. She moved into acting after establishing herself as a good model. On February 14, 2015, Uroosa married Bilal Qureshi, a television actor. Sohan Qureshi, the couple’s son, was born to them. 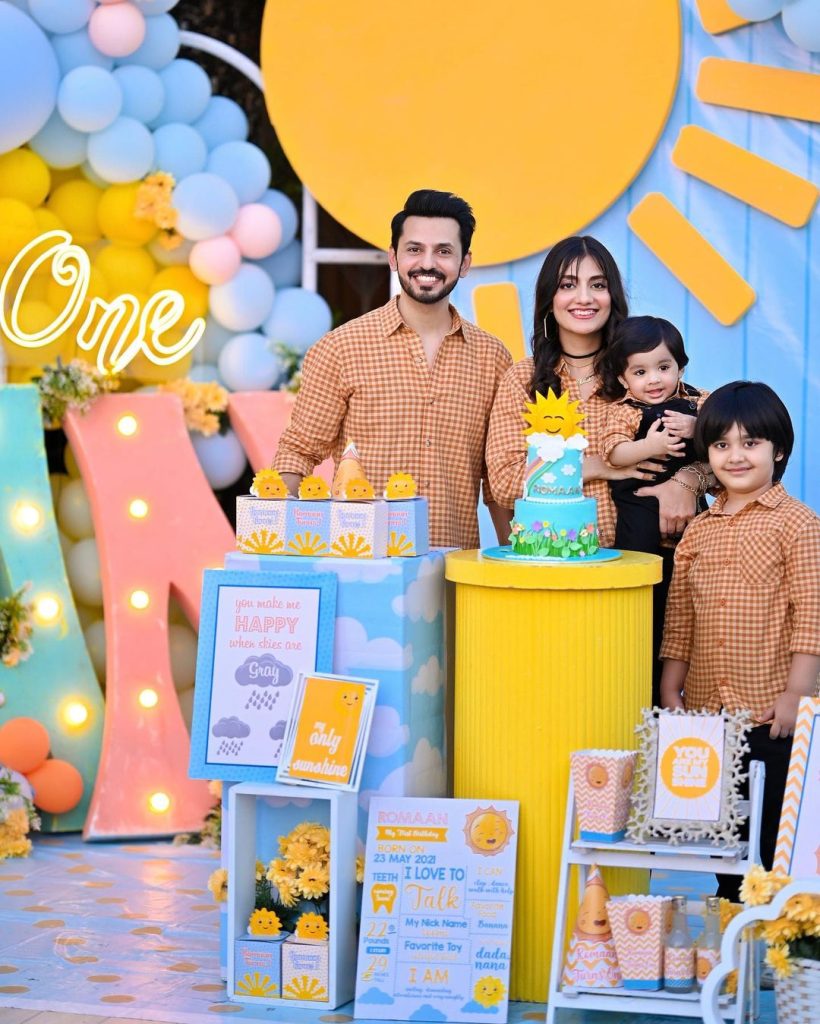 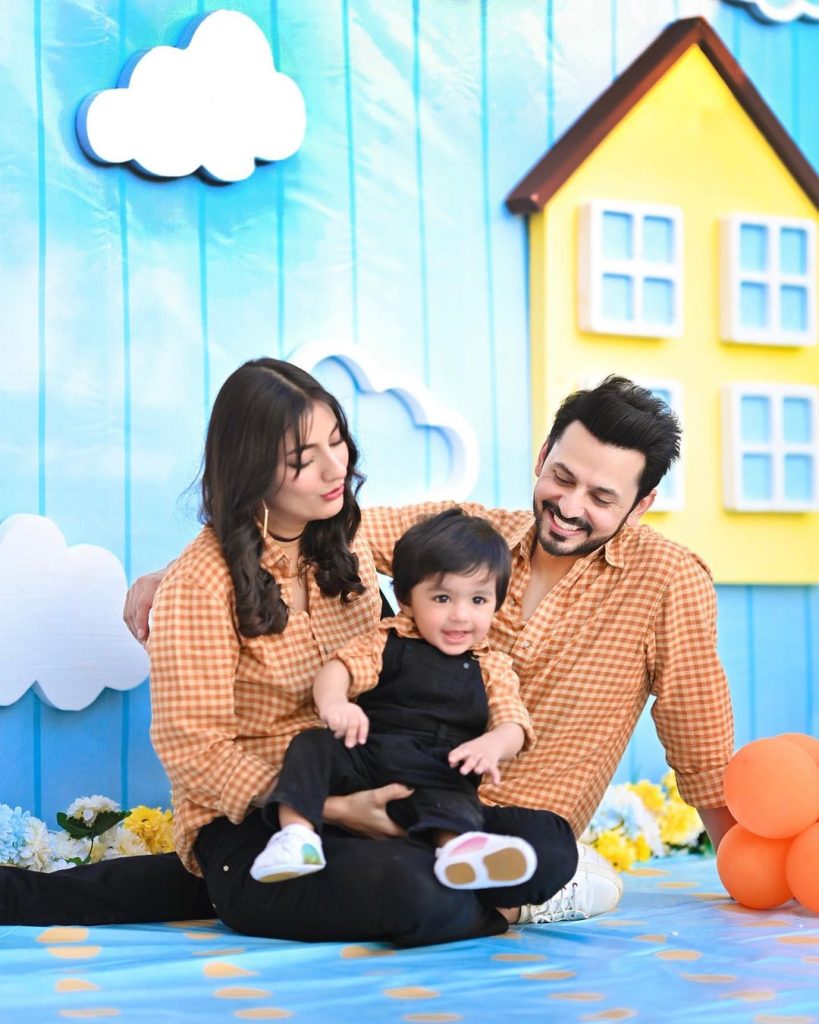 Uroosa Bilal celebrated her son’s first birthday with her family and uploaded some wonderful family photos on her Instagram account. 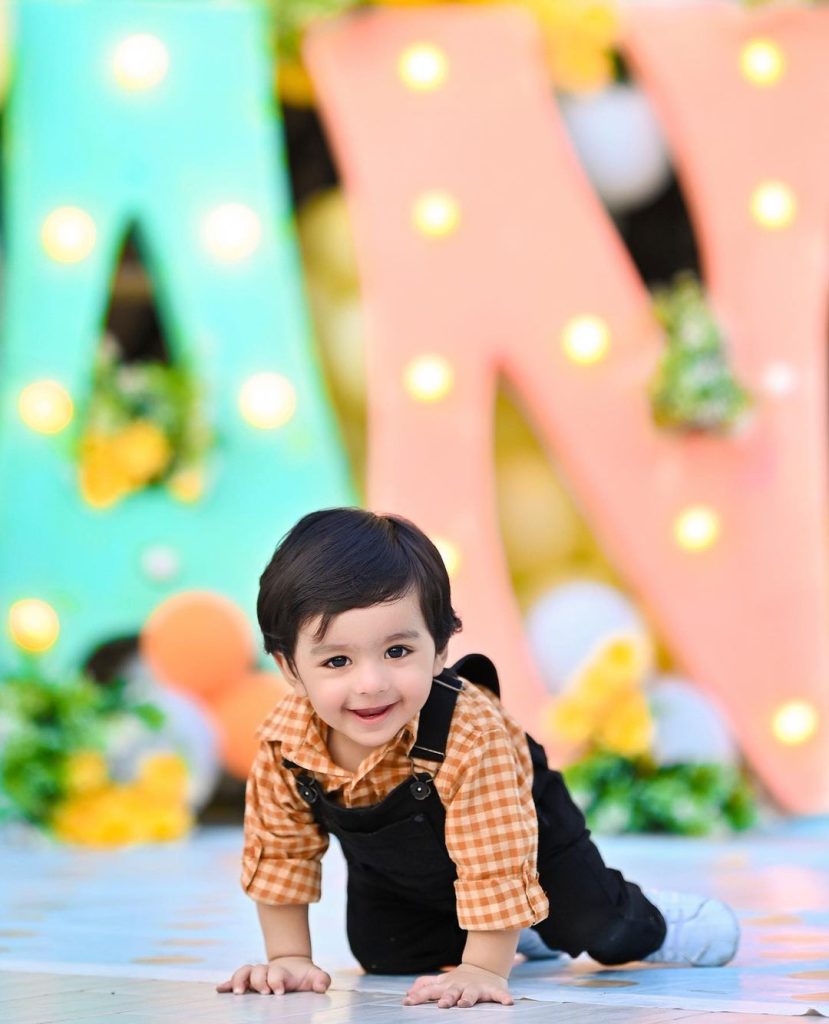 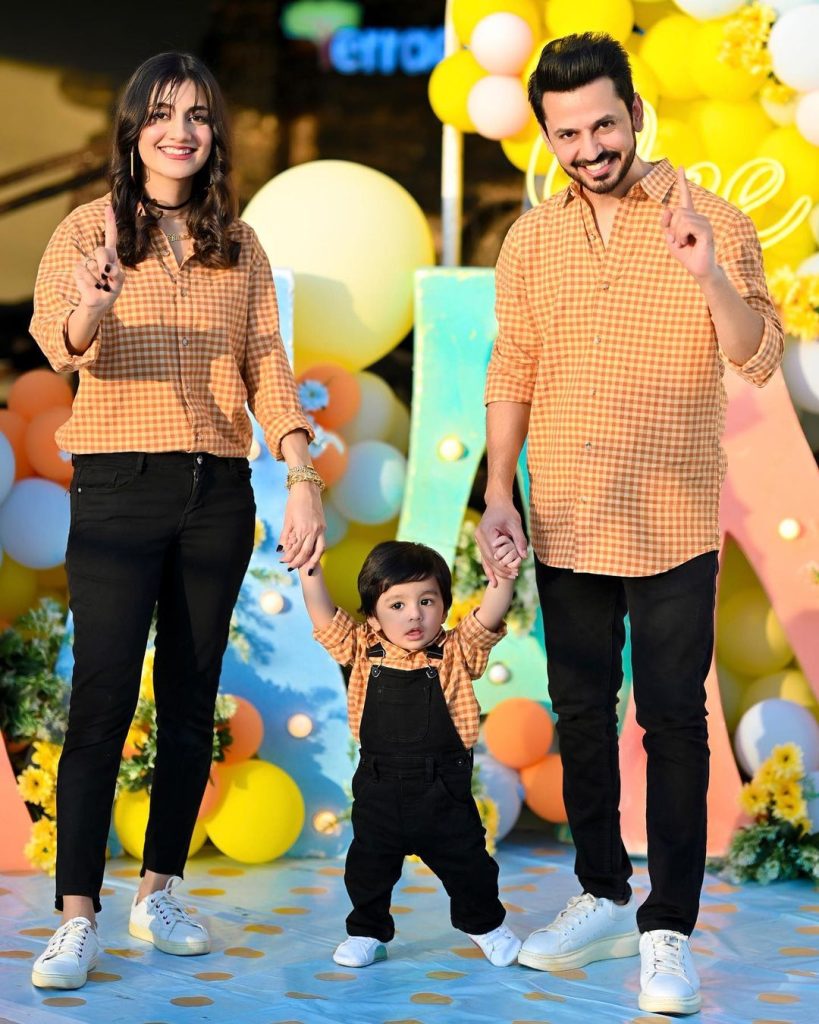 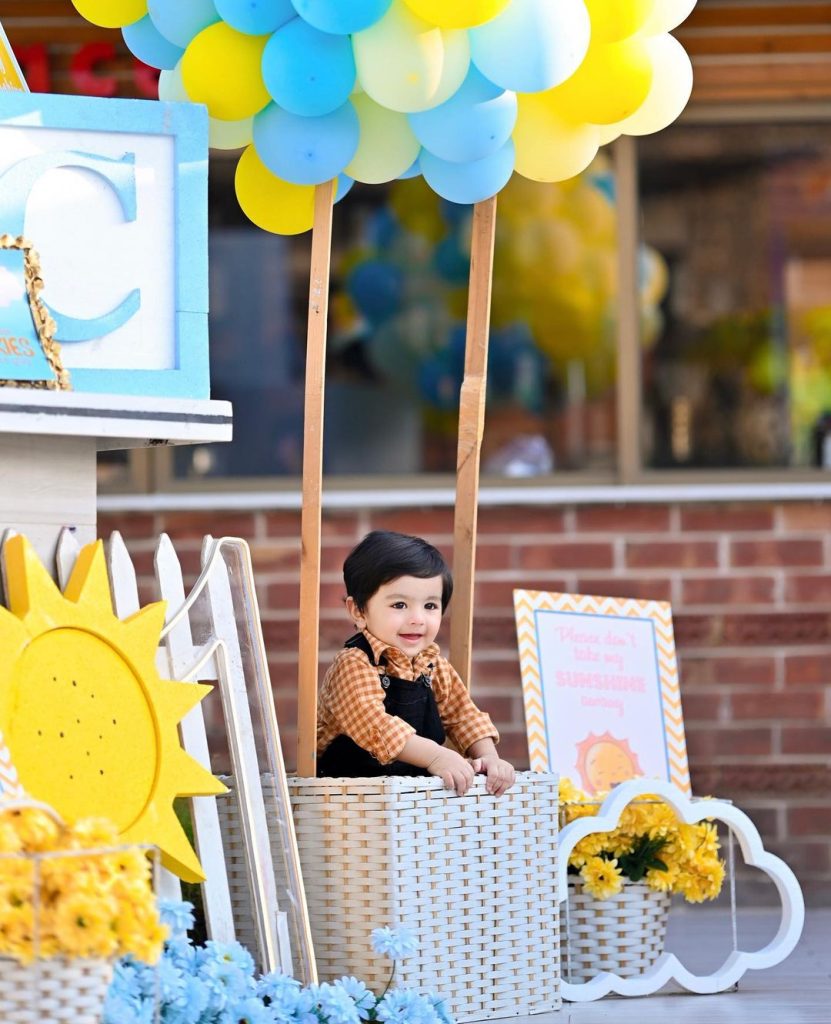