Bushra Ansari is a well-known and legendary senior Pakistani actress in the entertainment world, with an unrivaled charisma and persona. She is the biggest star in the industry, and her blockbuster performances have won her a lot of affection and attention from the audience. Bushra Ansari received the Pride of Performance award for her significant contributions to the business. 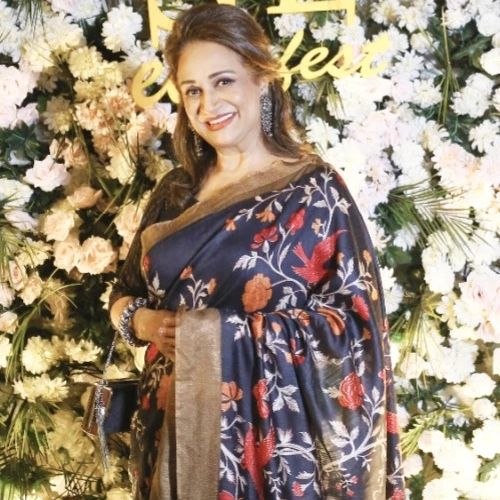 Bushra Ansari recently threw a star-studded dinner at her new house. Ayesha Omar, Urwa Hocane, Saba Hameed, Rubina Ashraf, Asim Yar Tiwana, Maria Wasti, and others were among the celebrities and artists who attended Bushra’s magnificent supper. Take a look at these lovely photos of our superstars enjoying some quality time together. 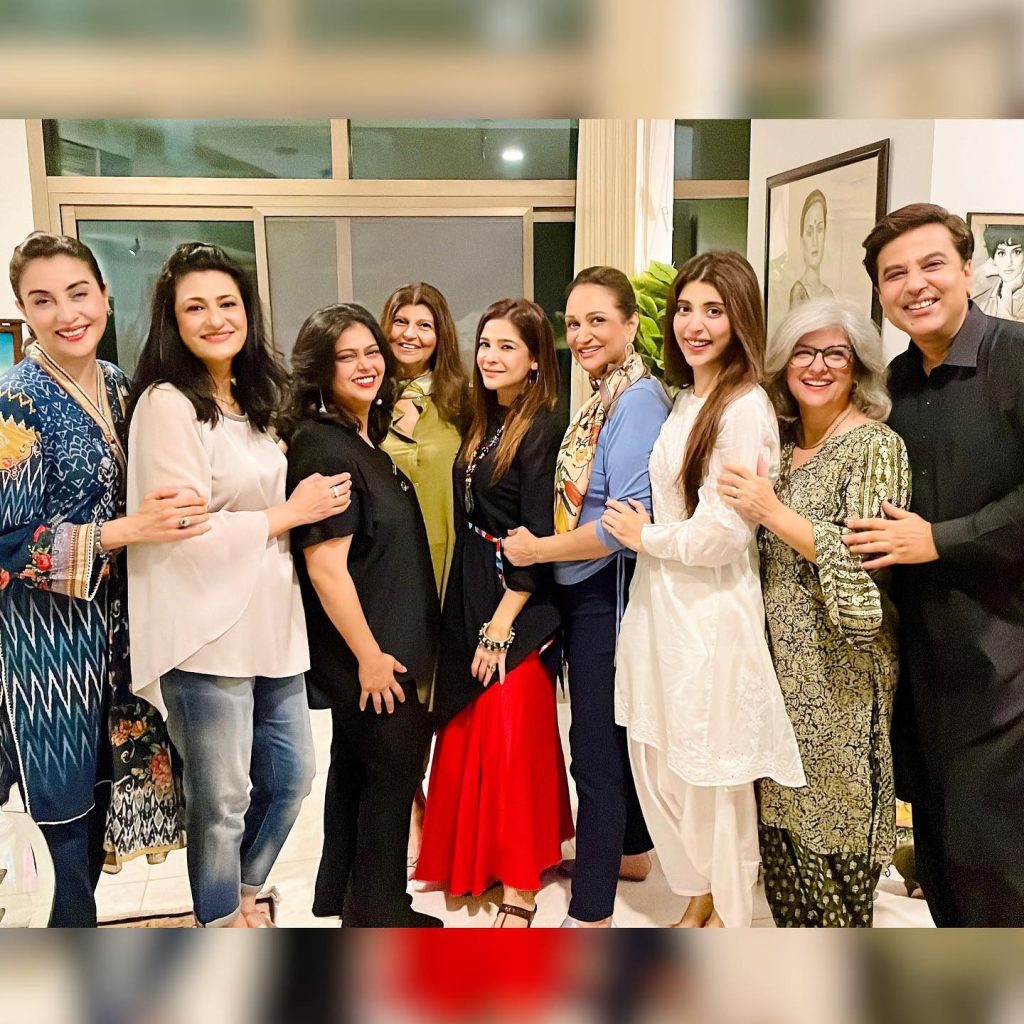 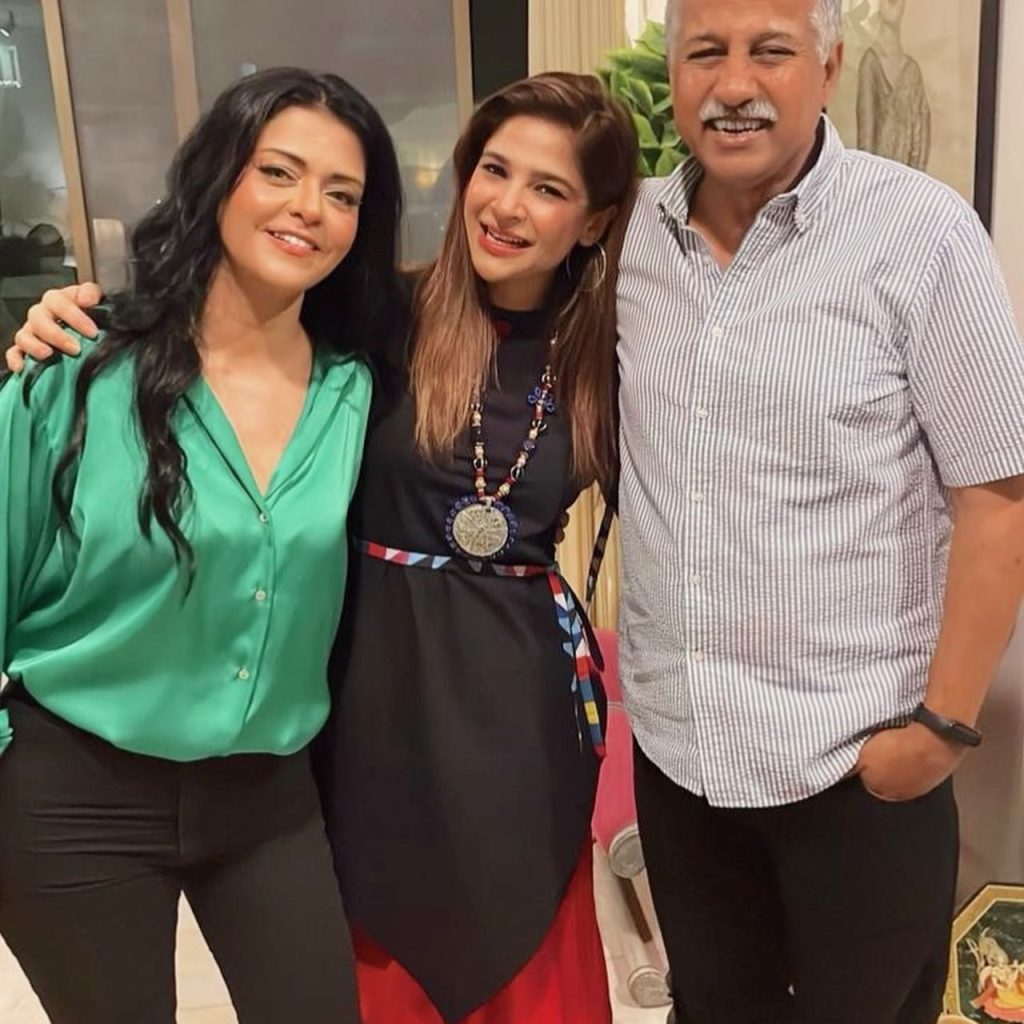 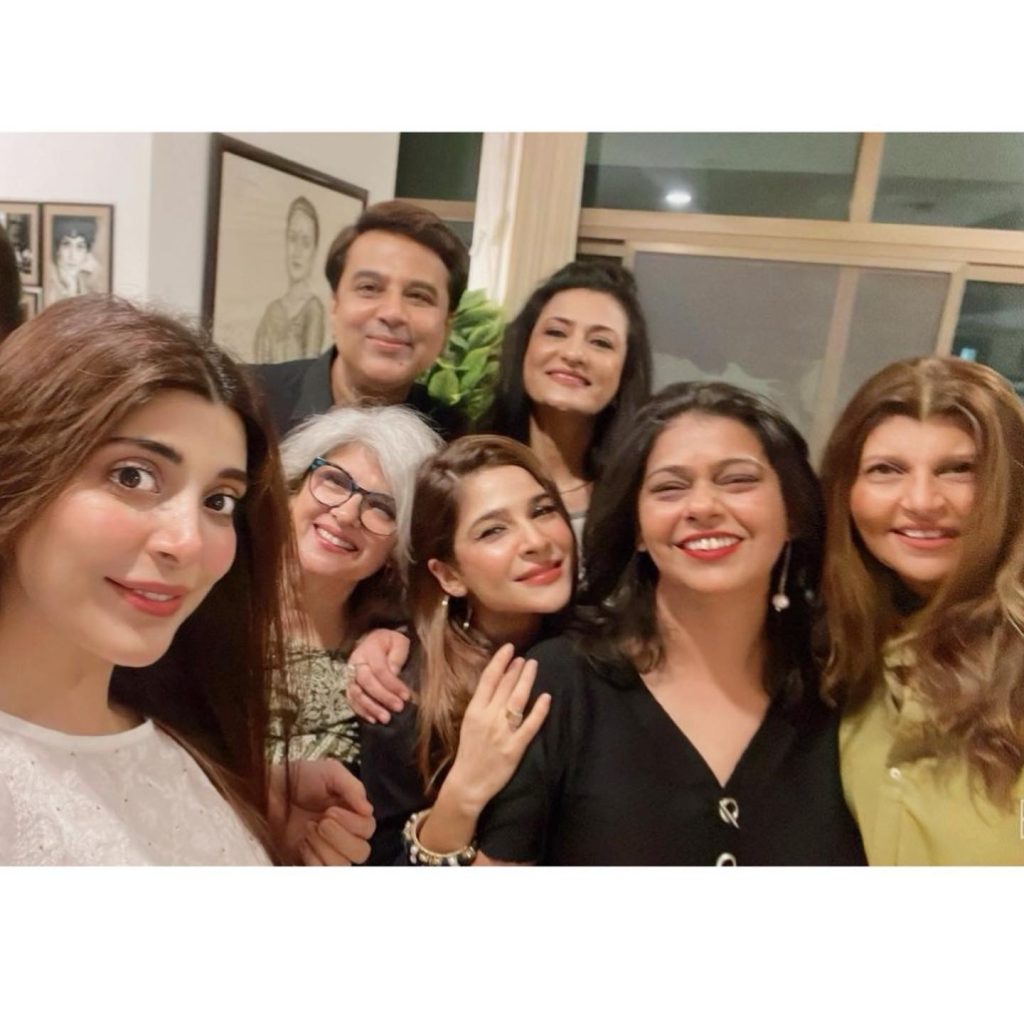 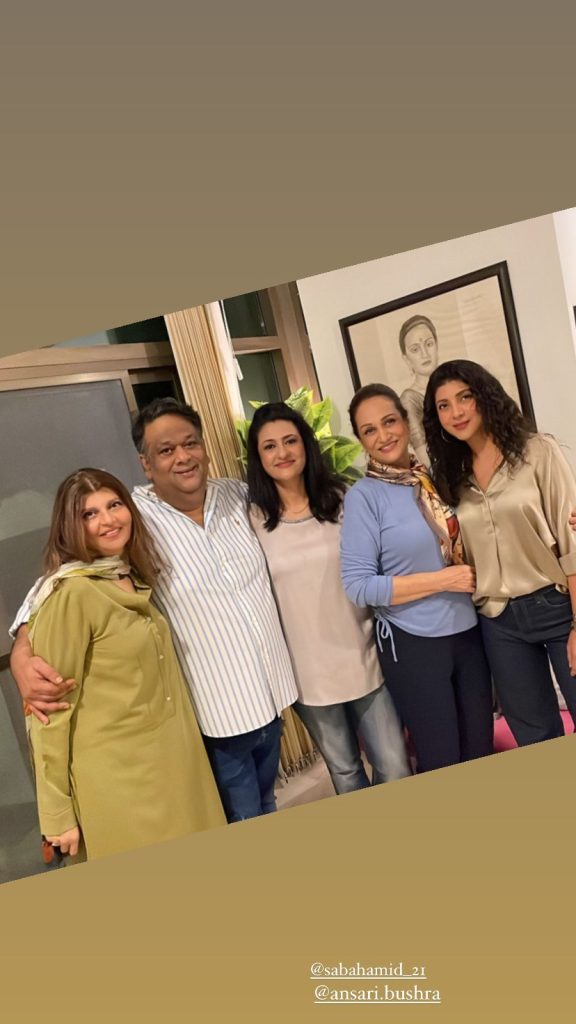 Bushra Ansari is one of Pakistan’s most experienced actors and a valuable addition to the country’s entertainment industry. She has shown herself over the years in a variety of roles, including comedies, romantic comedies, and the part of the nasty mother in law. She has handled everything with grace and excellence. Bushra Ansari continues to produce the best performance of her career in all of her roles. She is well recognised at this age for her roles in the drama serial Udaari and the currently airing drama Zebaish. 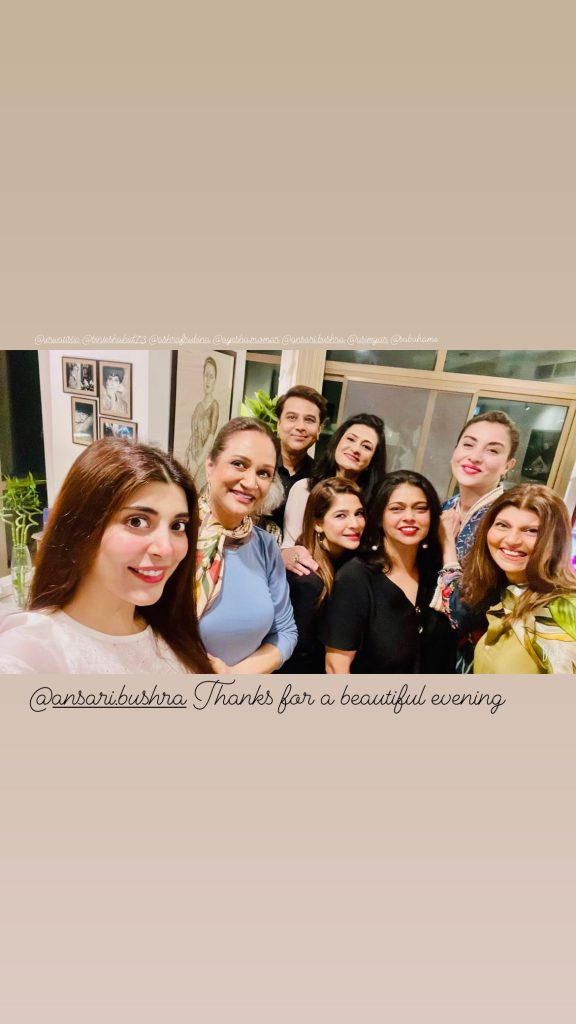 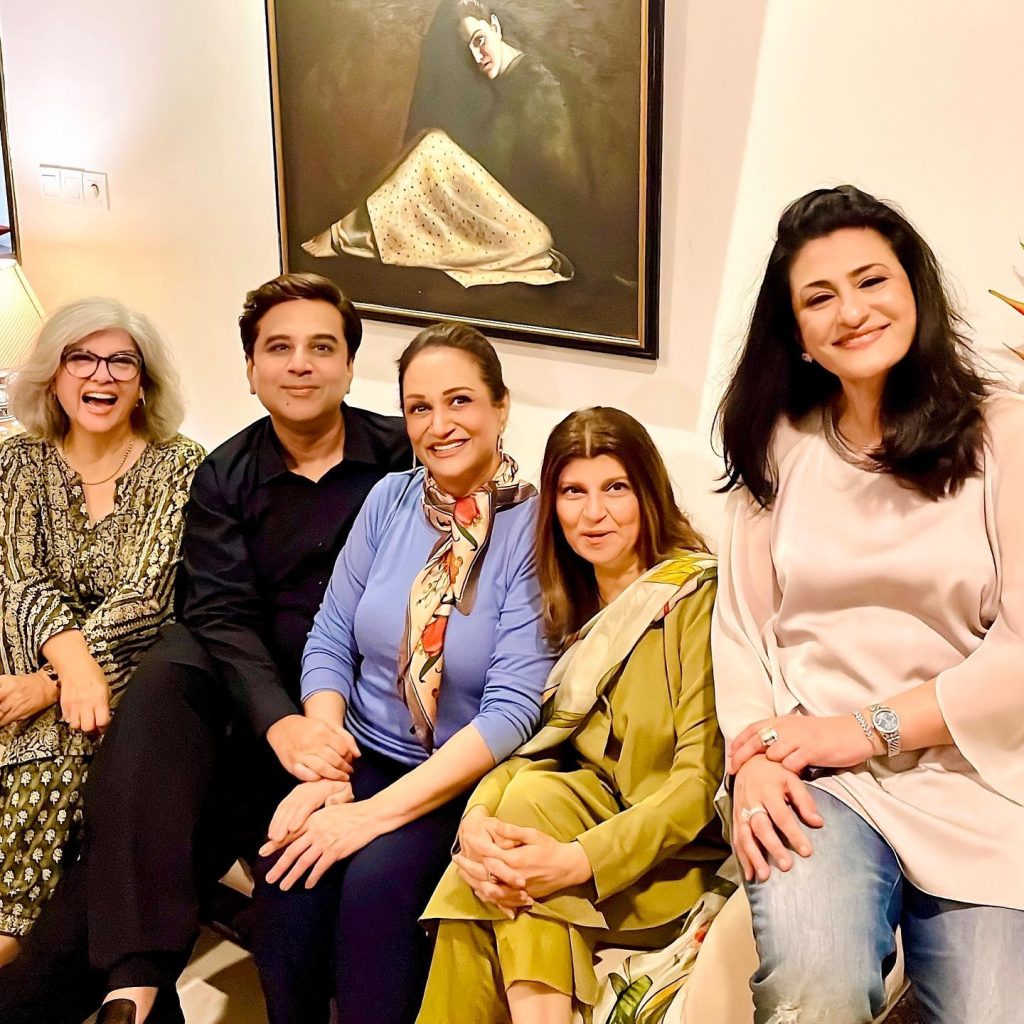 She is well-known not only as an actress, but also as a singer with a lovely voice. Even at 64 years old, Bushra Ansari continues to be the focus of attention in a gathering with her impeccable dress sense. She looks stunning in all of her outfits, whether they are Eastern or Western. 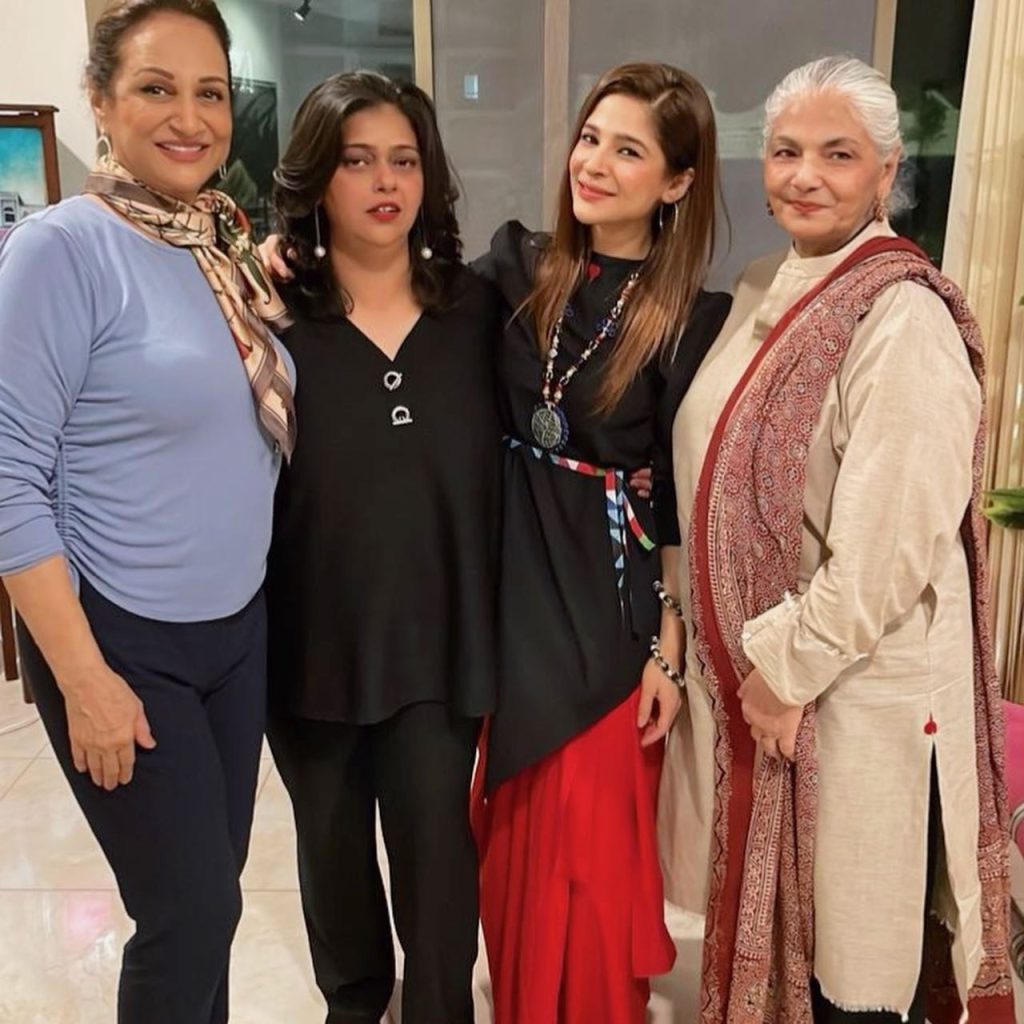 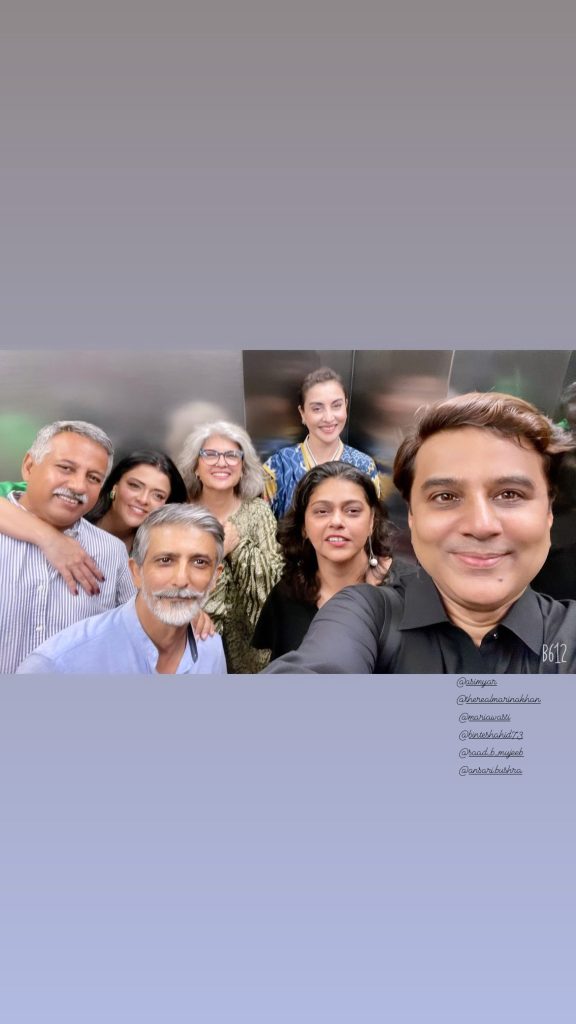 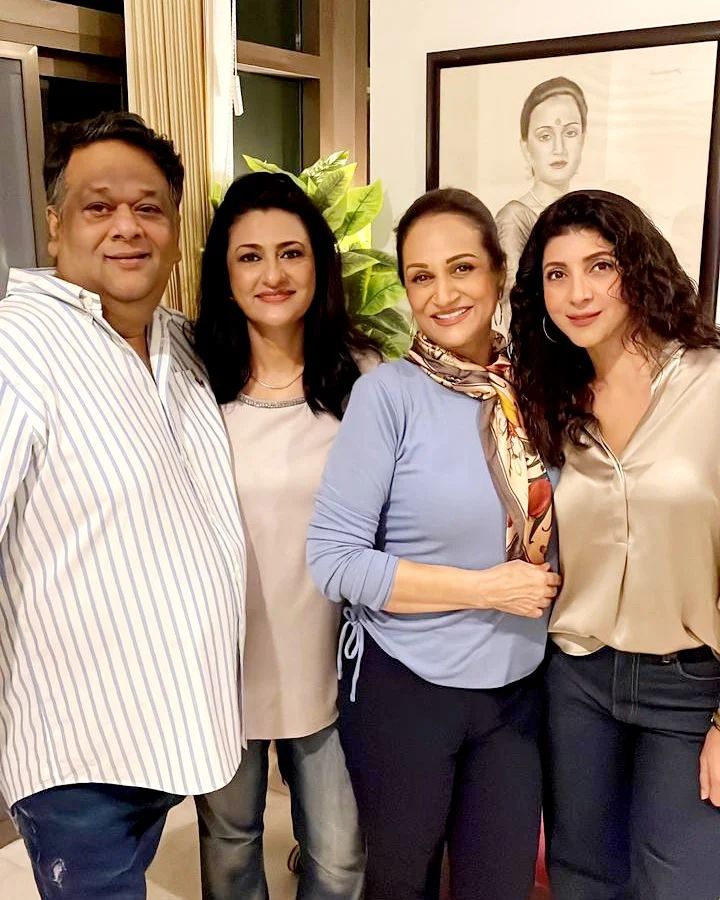 Bushra Ansari is an accomplished actress and well-known figure in the entertainment world. She has a long history in this sector, having been in a number of well-known dramas and whose characters are still recognised by her followers. She has portrayed “Jahan Ara Begum” in “Angan terha” and “Saima Chaudhry” in the Barat series on Geo Television. Sumbal Ansari, Asma Abbas, and Zara Noor Abbas, her sisters, all work in the same field. 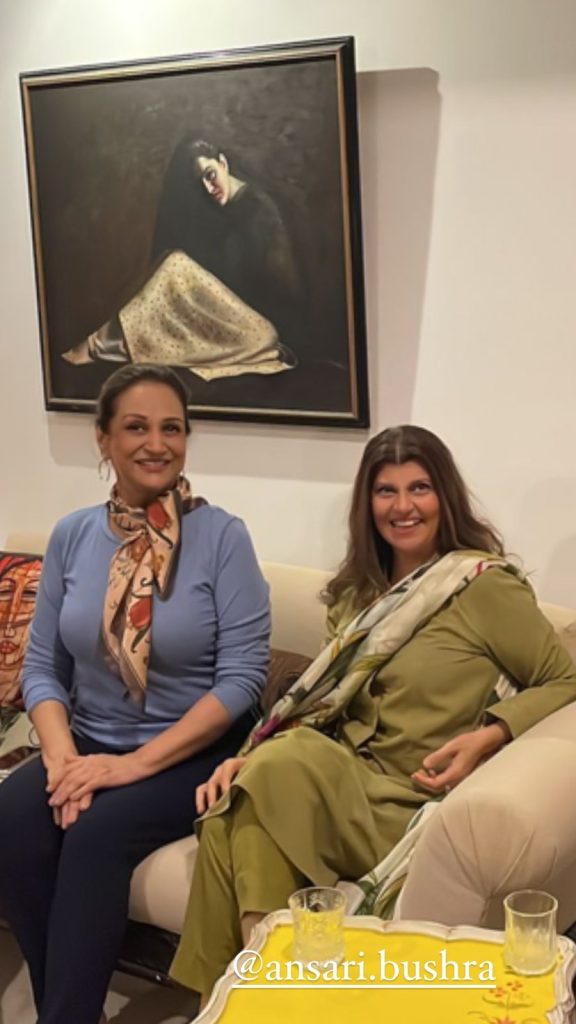 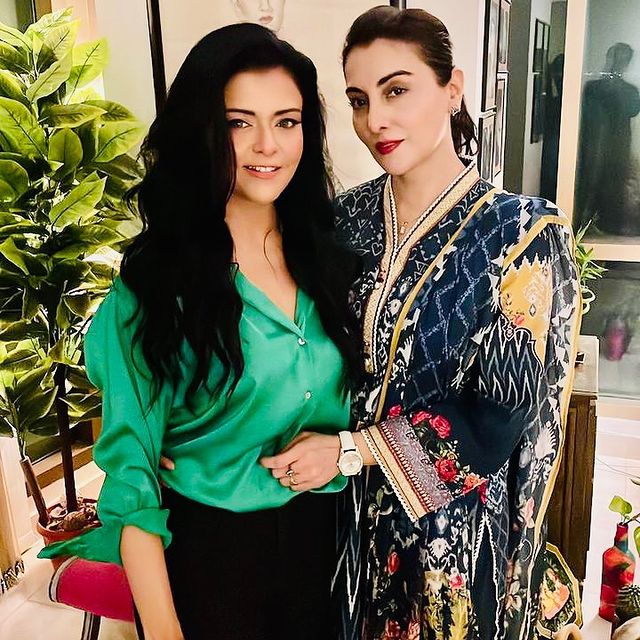 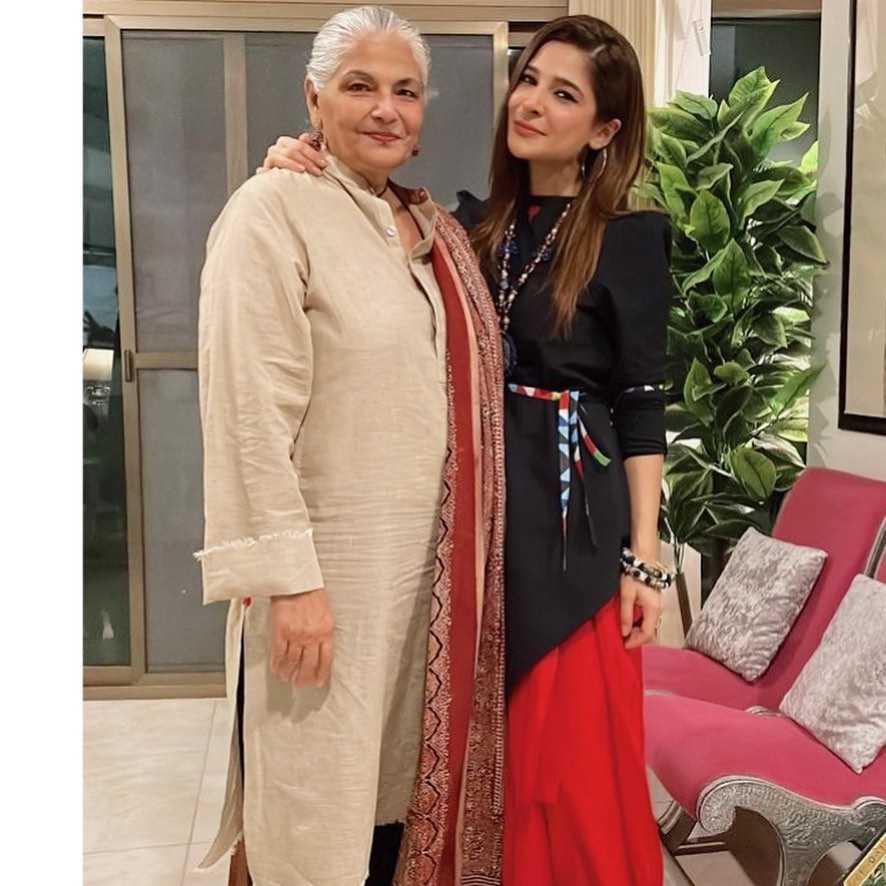