Saboor Aly looked stunning in her wedding gown to Ali Ansari earlier this year. She is a stunning woman who knows how to dress up in traditional and eastern garb. Saboor Aly was the face of Fazi Makeup and Hair Studio, and she shone like a queen in a magnificent bridal gown that included all of the latest bridal trends.

Saboor Aly is capturing hearts with her stunning makeover. Here are some photos from her most recent bridal shoot, which are sure to inspire any future brides: 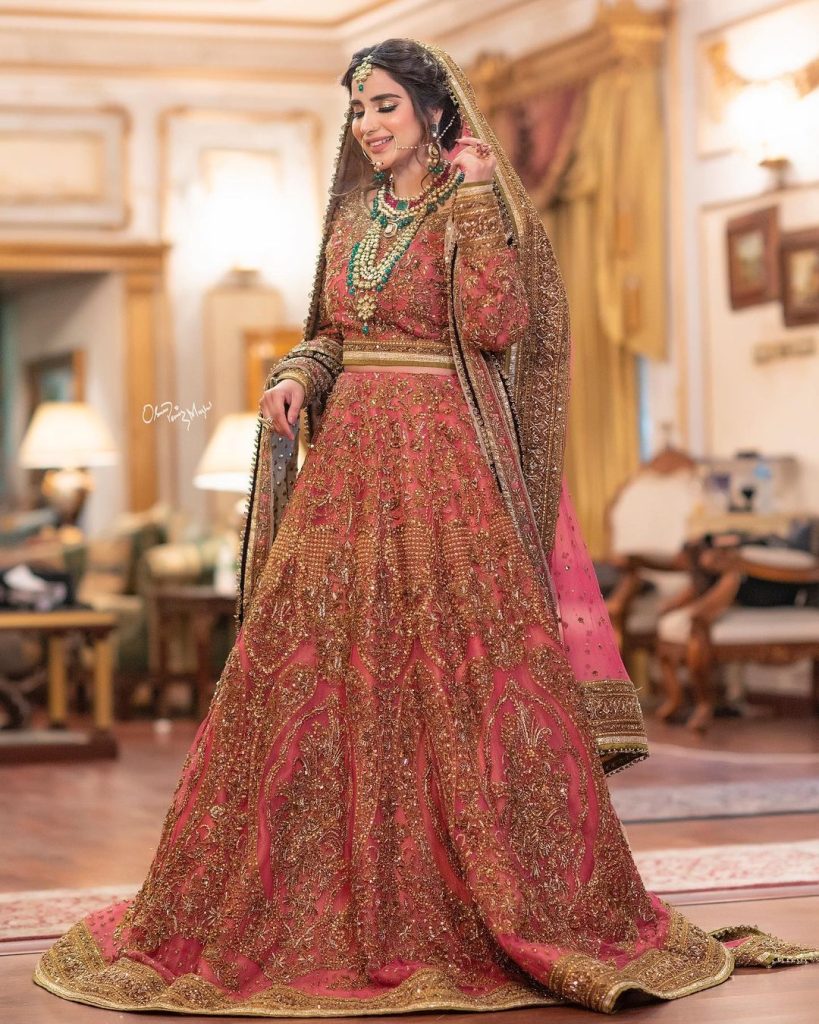 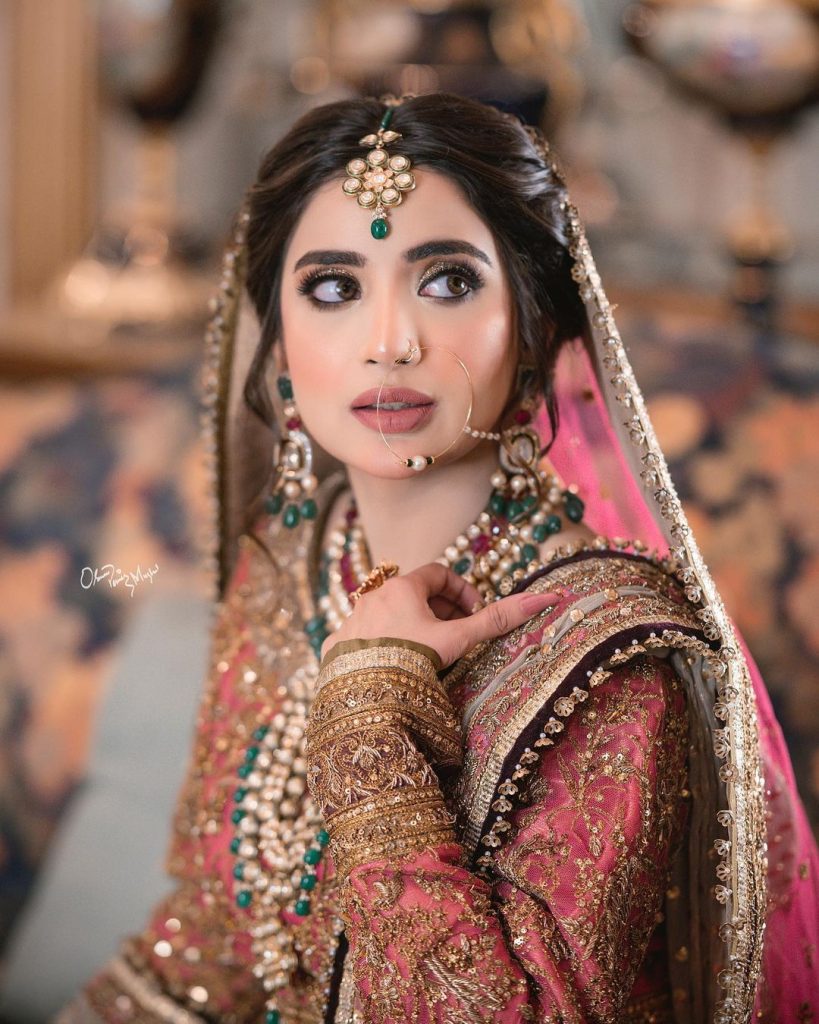 Saboor Aly is a rising talent in the industry who has wowed audiences with her incredible acting abilities. She is presently starring in the drama series Fitrat, in which she portrays a bad character who has been well received by the audience. 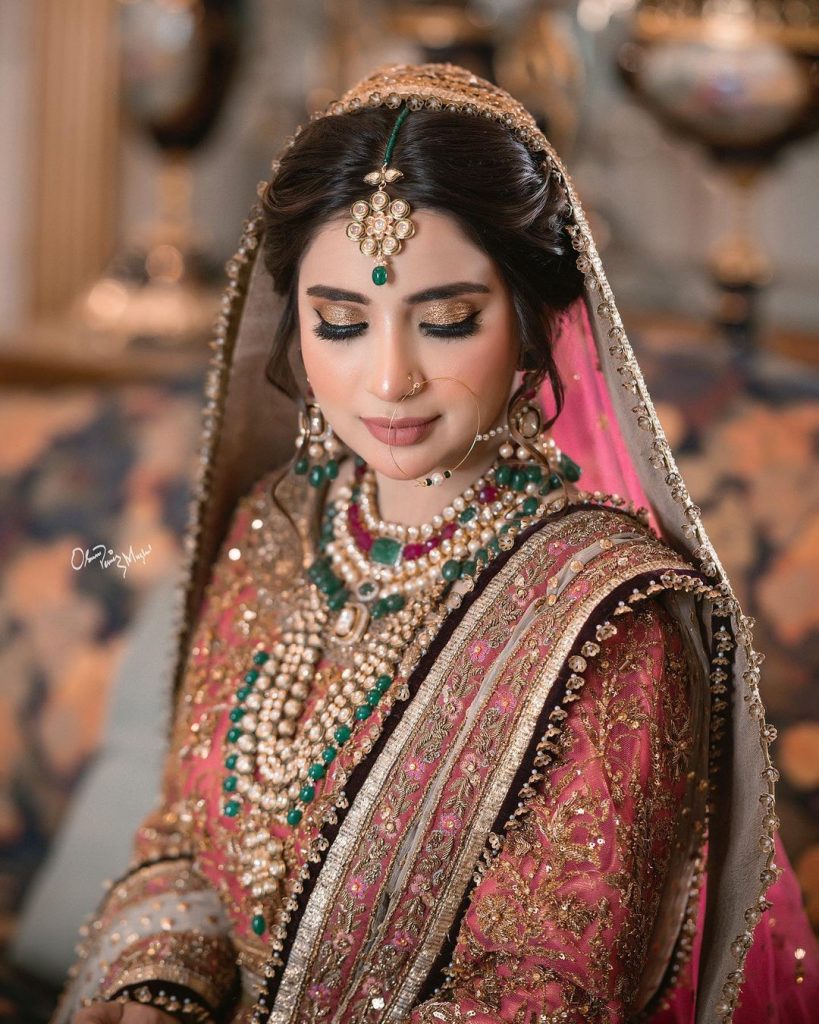 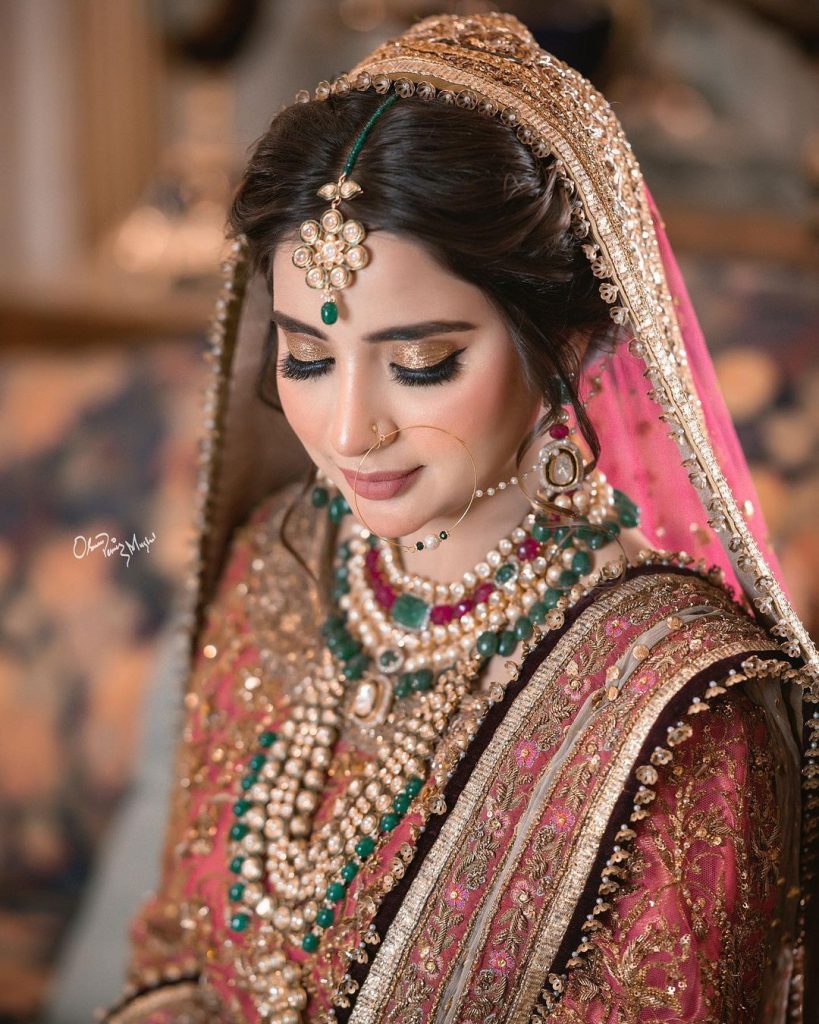 Saboor Aly will star with Imran Abbas and Urwa Hocane in the drama series Amanat. Shahid Shafaat directs Amanat, which is produced by Next Level Entertainment. Haroon Shahid, Salman Saeed, Gohar Rasheed, Saba Hameed, Babar Ali, and Sheheryar Zaidi will also star. Saboor Aly’s most recent photos are stunning. Her fashion sense is impeccable, and she is stunning. 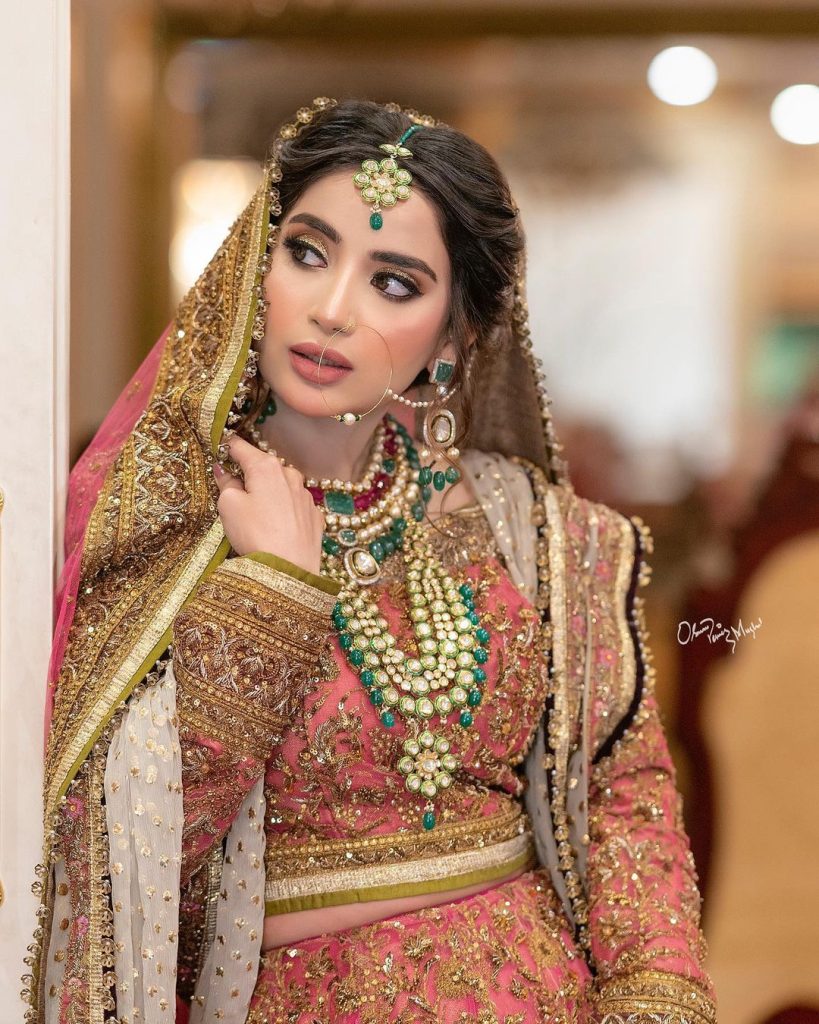 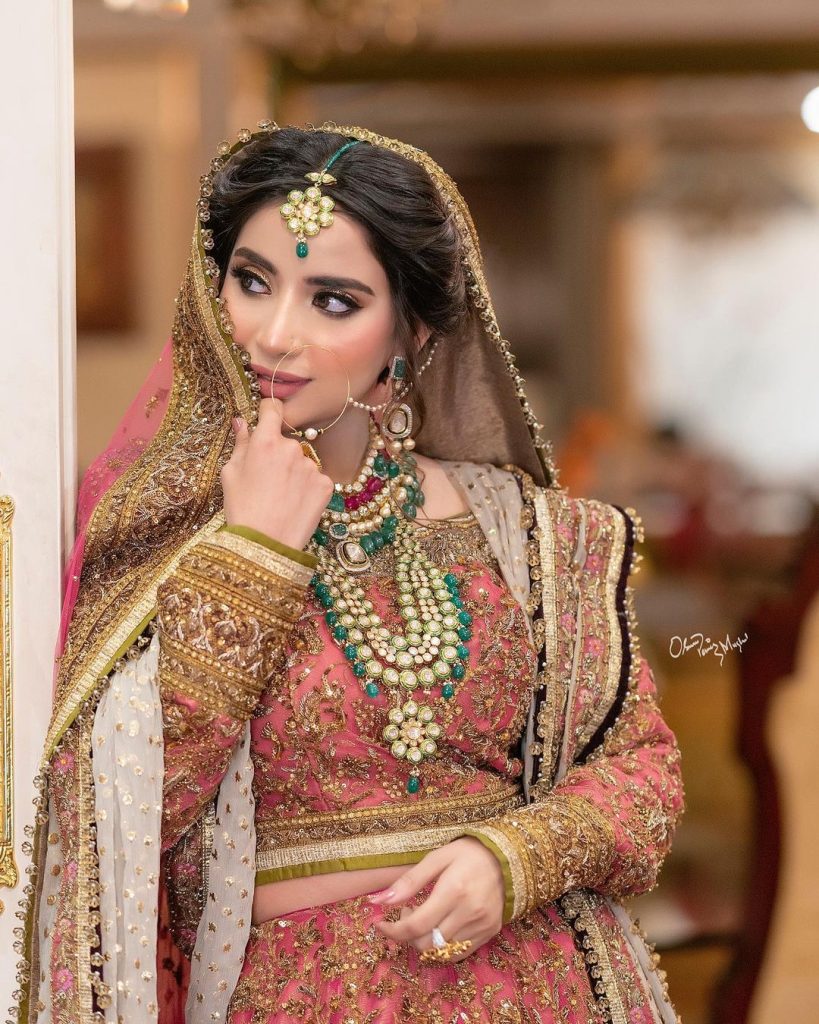 “Rang Laaga,” “Bay Qasoor,” “Visaal,” “Mere Khudaya,” “Gul-o-Gulzar,” “Tum Ho Wajah,” and “Fitrat” are some of Aly’s most well-known Pakistani television programmes. In 2016, she made her acting debut in the film Actor in Law. Saboor Aly recently married Ali Ansari, a famous actor. Both of them make a lovely couple. 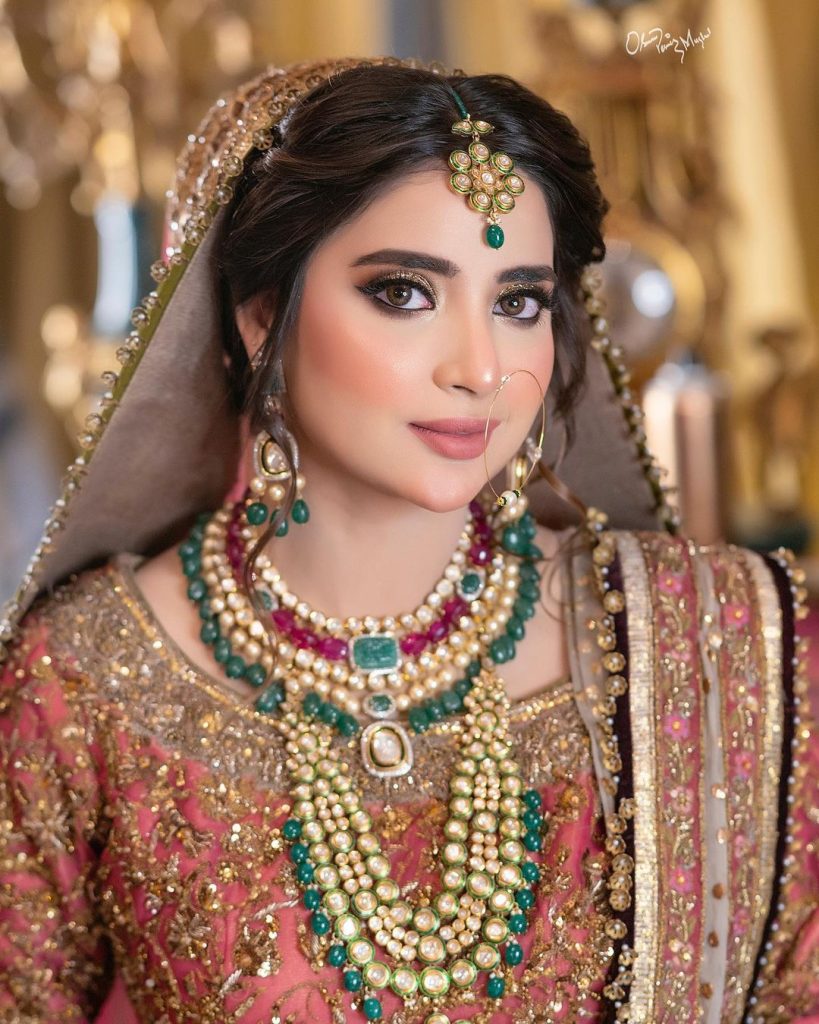 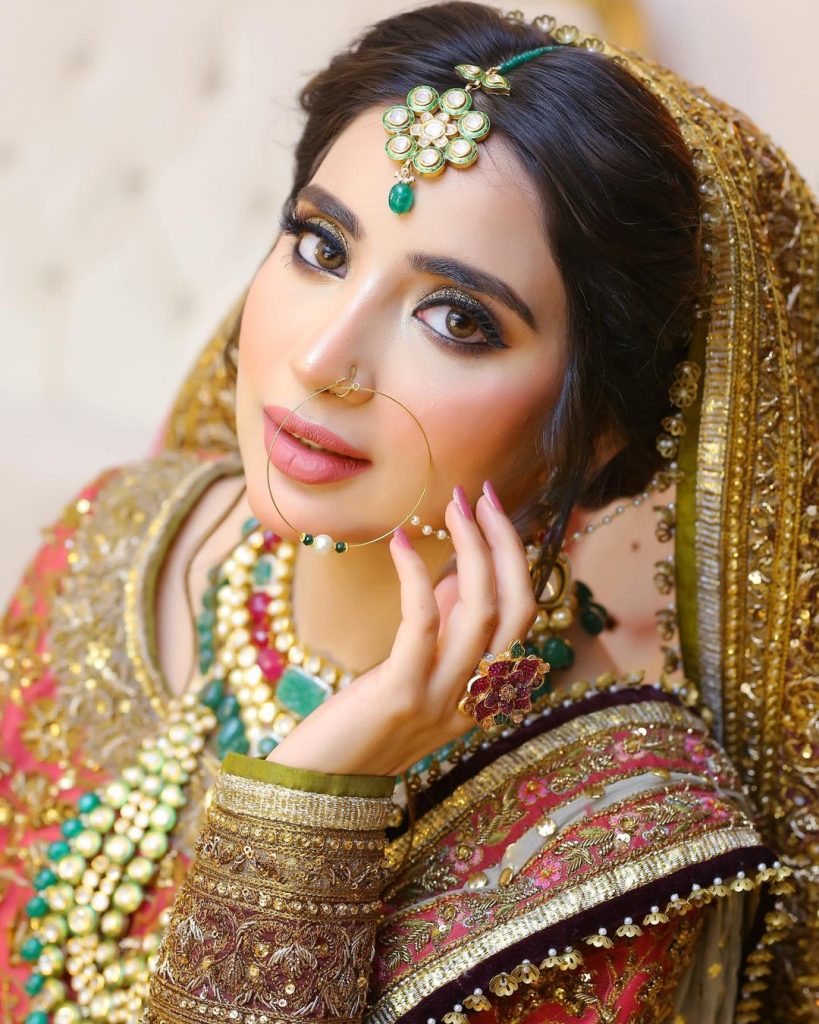 Saboor Aly is a new up-and-coming actress who has quickly established herself in the profession because of her remarkable acting abilities. She is the younger sister of Sajal Ali, a well-known actress and performer. Saboor has worked on a number of well-known projects. 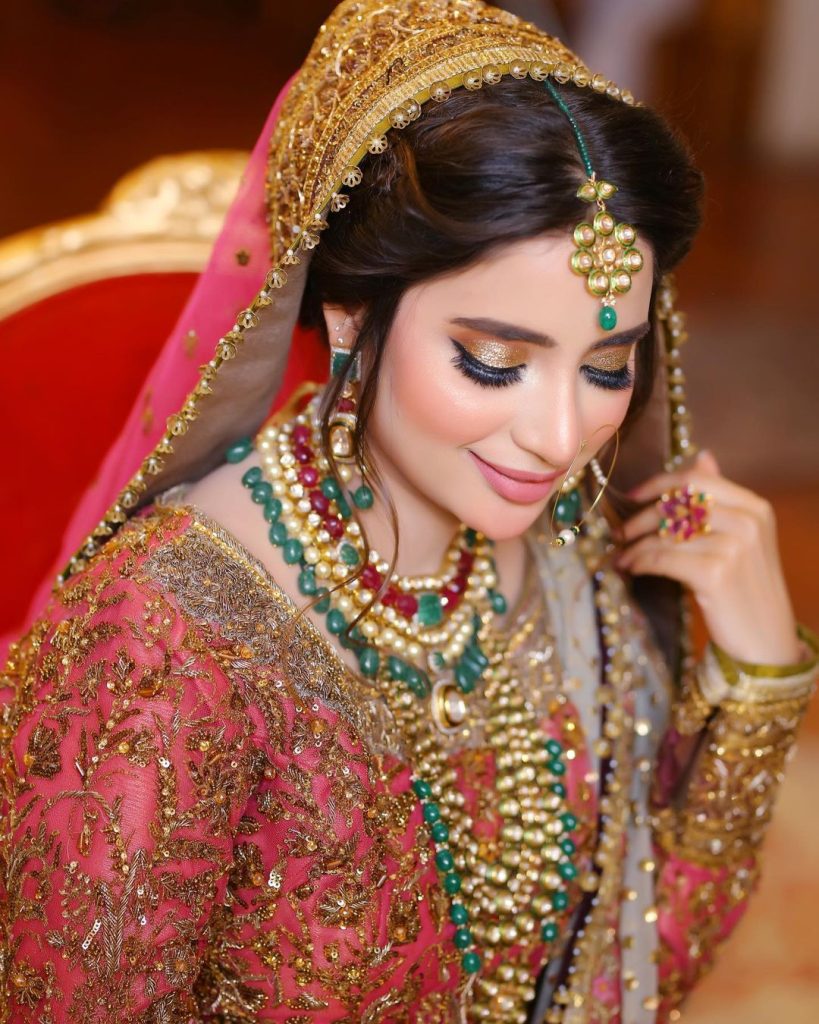 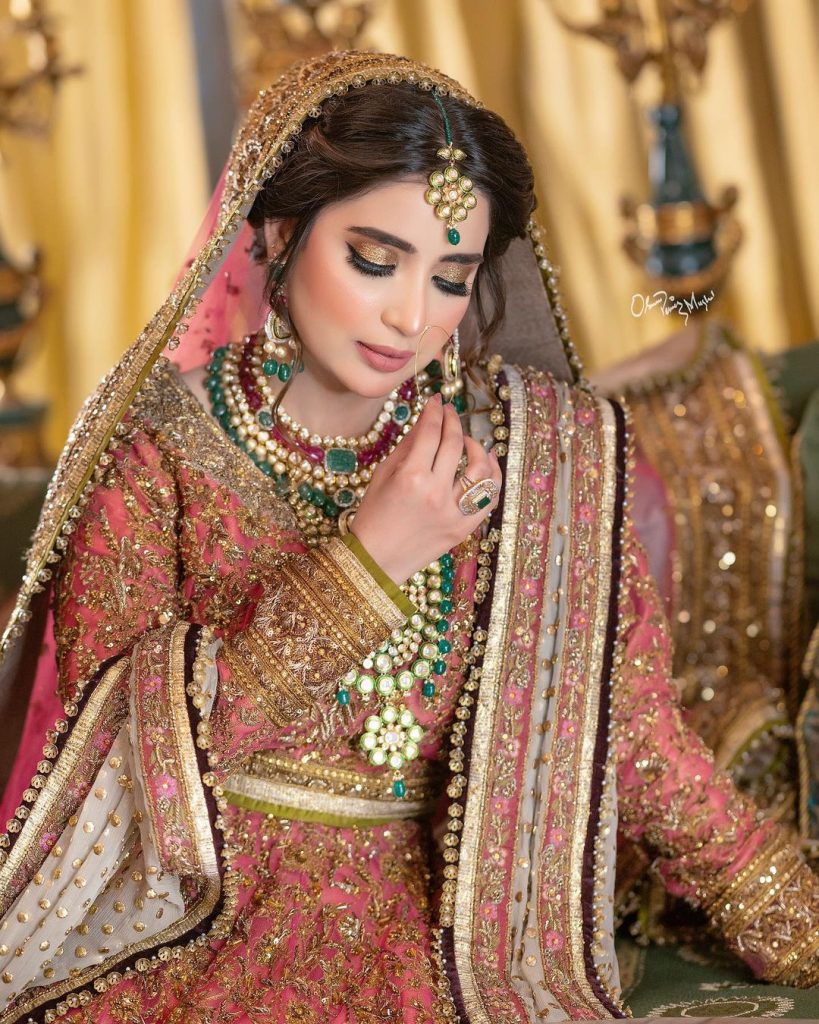 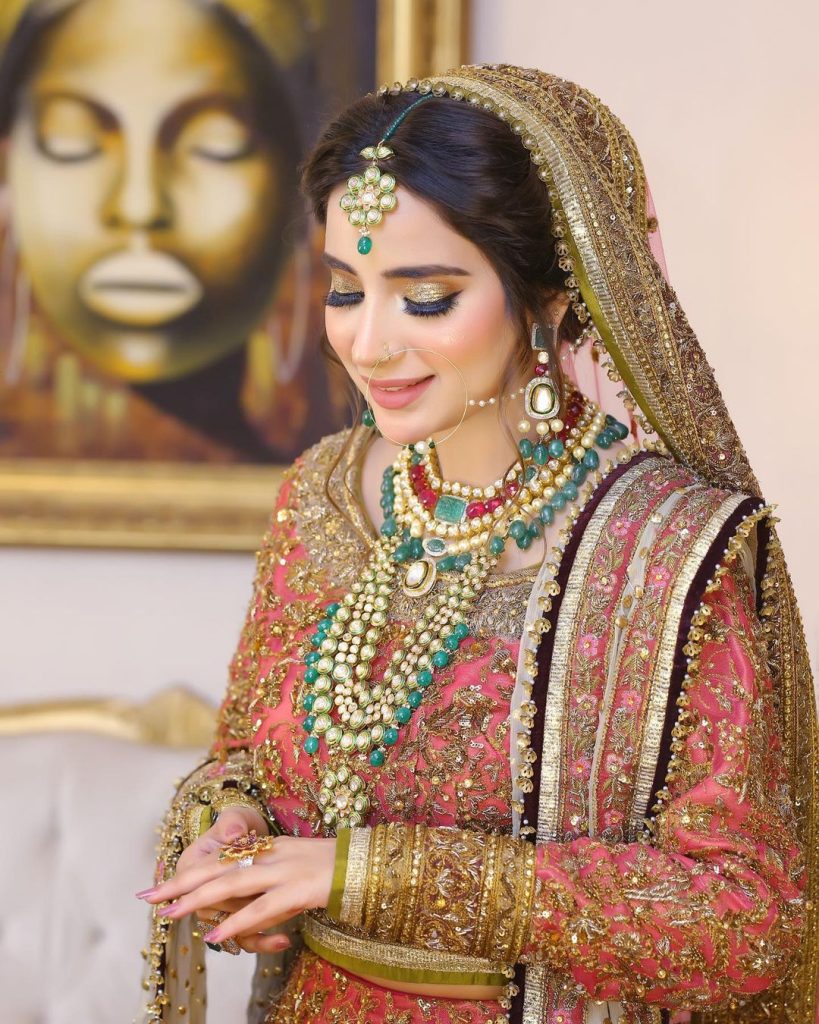