Mehwish Hayat is all dolled up in her latest stunning clicks.

Mewish Hayat is one of Pakistan’s most popular actresses. She is a seasoned actress who began her career in the drama field and is now busy delivering one great blockbuster after another in the film industry. Mehwish Hayat will already be a part of Jawani Phir Nahi Ani, Actor-in-Law, Mein Punjab Nahi Jaungi, Load wedding, Chhalawa, and so on.

Mehwish Hayat was recently photographed for a shoot. Mehwish Hayat looked stunning in a crimson gown designed by Sophia Bognem. Nabila’s Salon did her cosmetics and hair, while Rao Ali Khan styled her. 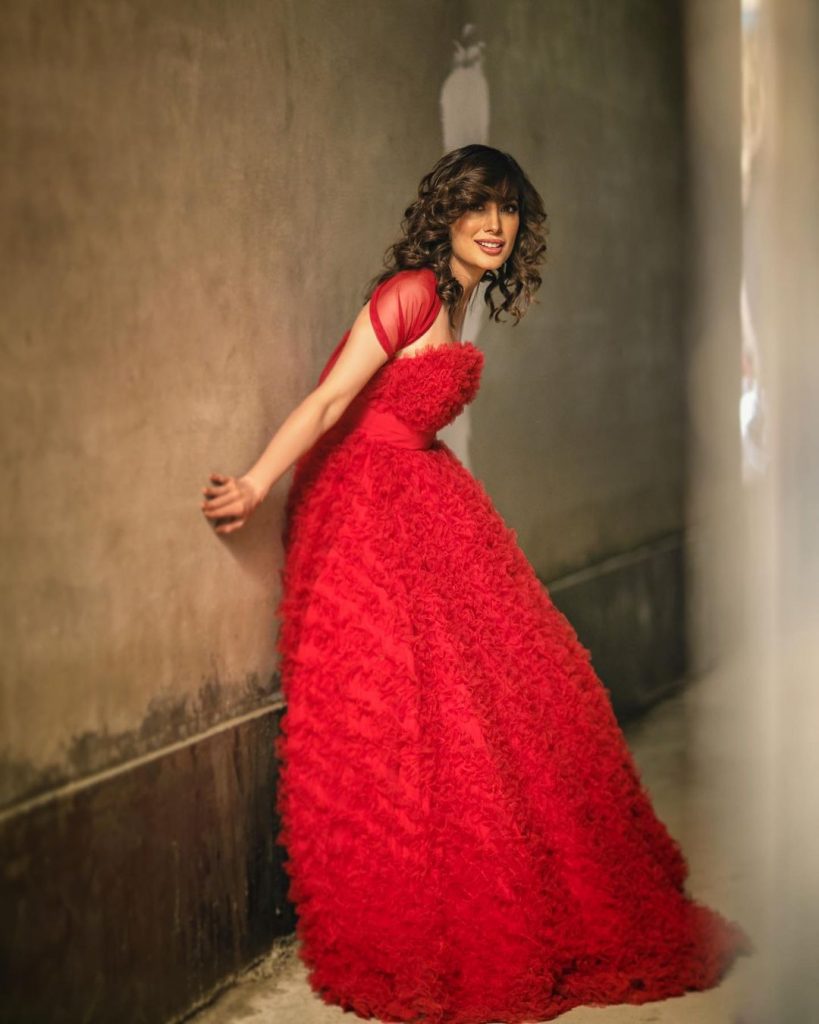 Mehwish Hayat has also appeared in a lot of dramas. Mehwish Hayat was awarded the Tamgha-e-Imtiaz by the Pakistani government in 2019. Mehwish Hayat is a vocalist as well as an actress. She has also performed on the musical television show Coke Studio. 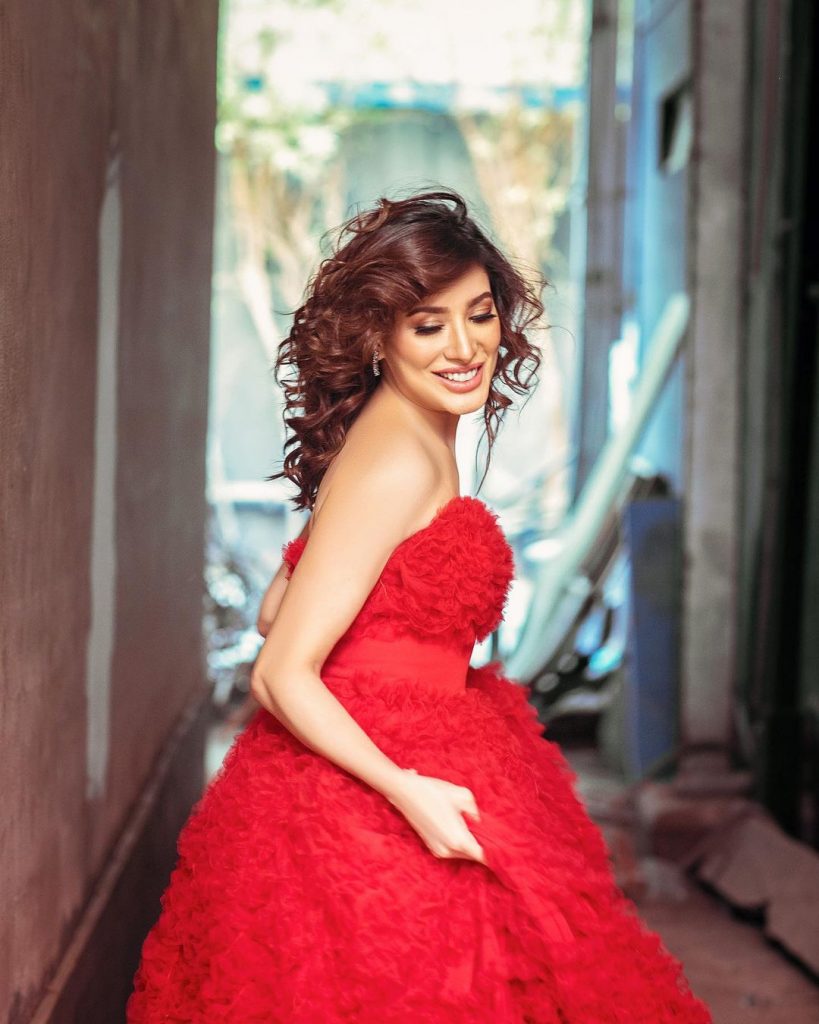 Mehwish Hayat is a prolific social media user who constantly expresses herself. Mehwish Hayat gained international attention after speaking on the Kashmir issue. 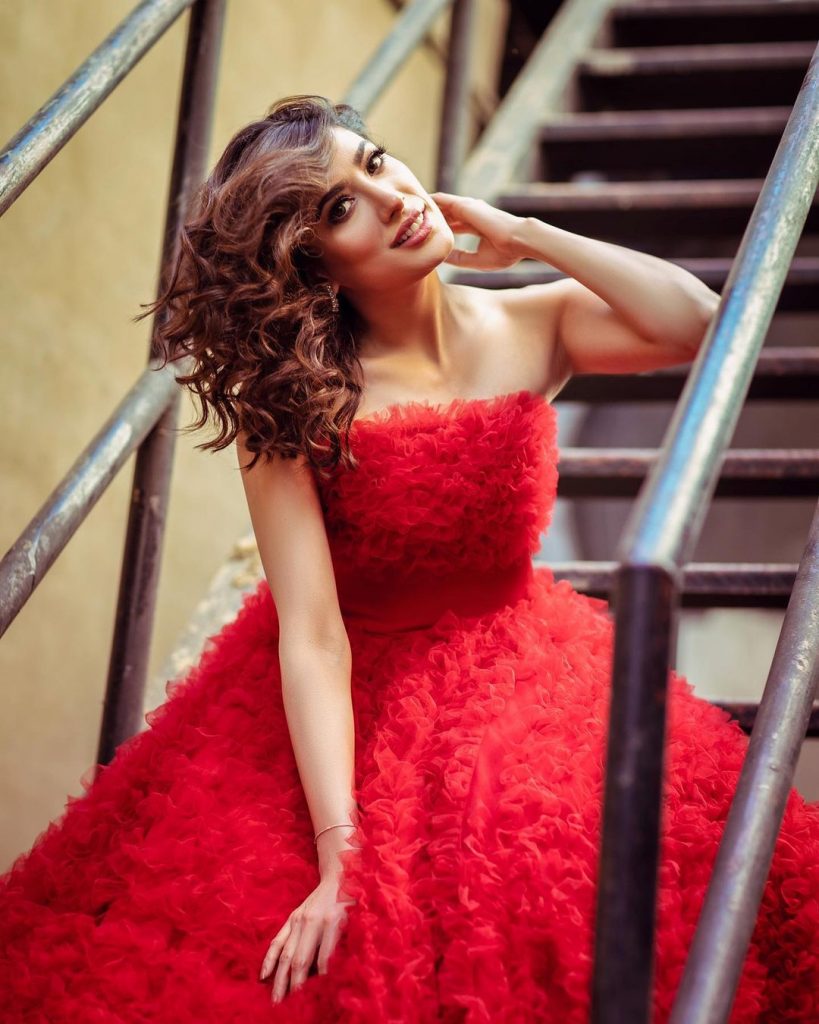 Mehwish Hayat is a fantastic actress and a well-known figure in Pakistani entertainment. She has been a part of the industry for a long time and has acted in a number of notable plays and films in Pakistan. Dillagi, Mere katil mere Dildar, Manjali, and Mirat-ul-uroos are among her very successful dramas. Punjab Nahi Jaon Gi, Actor in Law, and Load Wedding are among of her most well-known films. 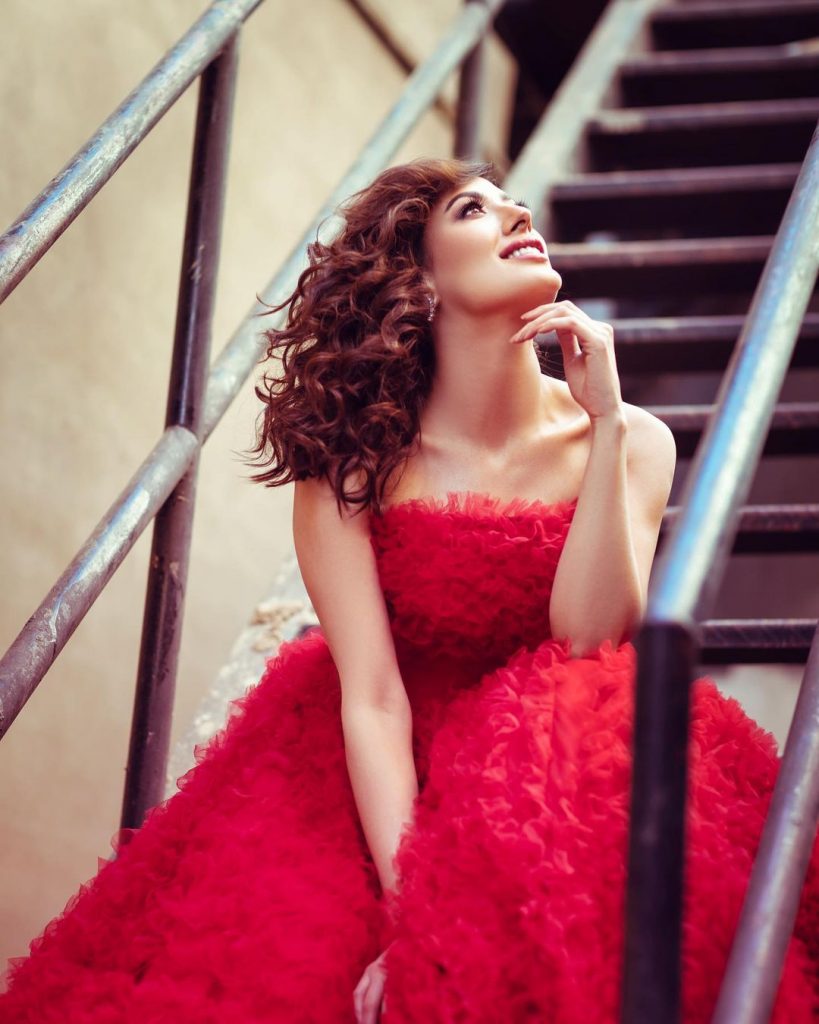 Mehwish is a stunning and successful Pakistani actress, model, and singer who began her career many years ago and is now regarded as one of the showbiz industry’s superstars. She is a powerful, independent woman with a lot of talent. 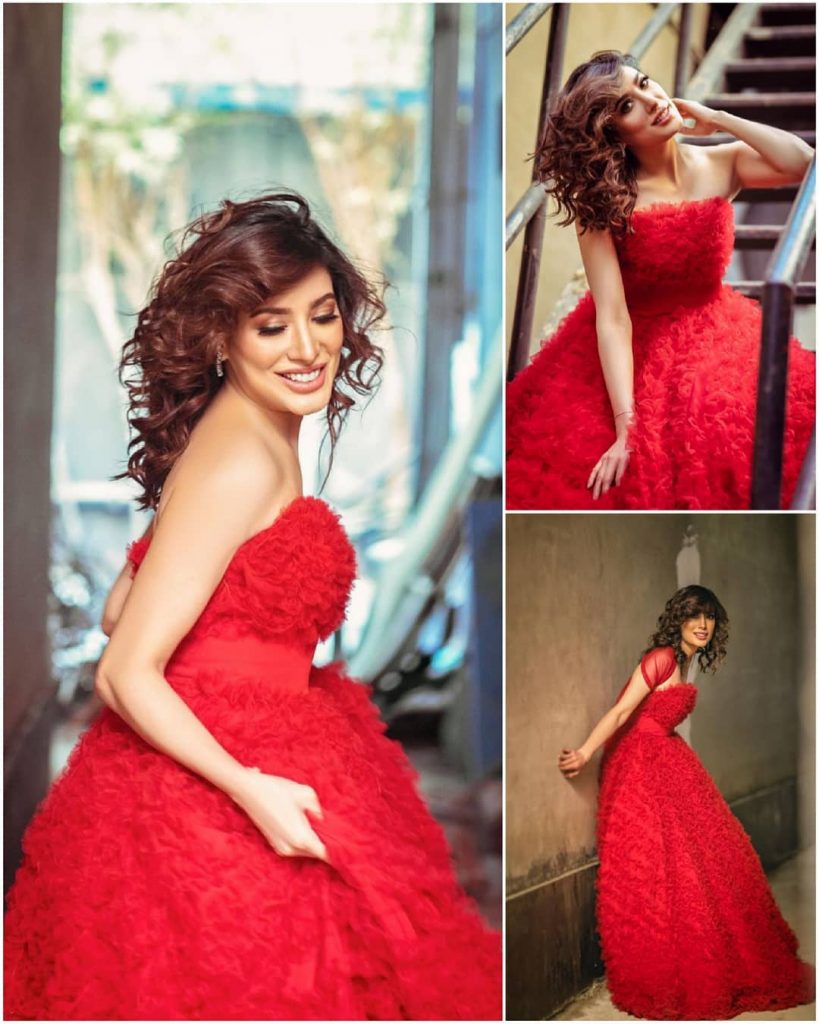