Iqra Aziz and Yasir Hussain are popular together. Their love story began and progressed in front of the entire world, and they married in a lovely ceremony in front of their close friends and family, as well as their social media followers. 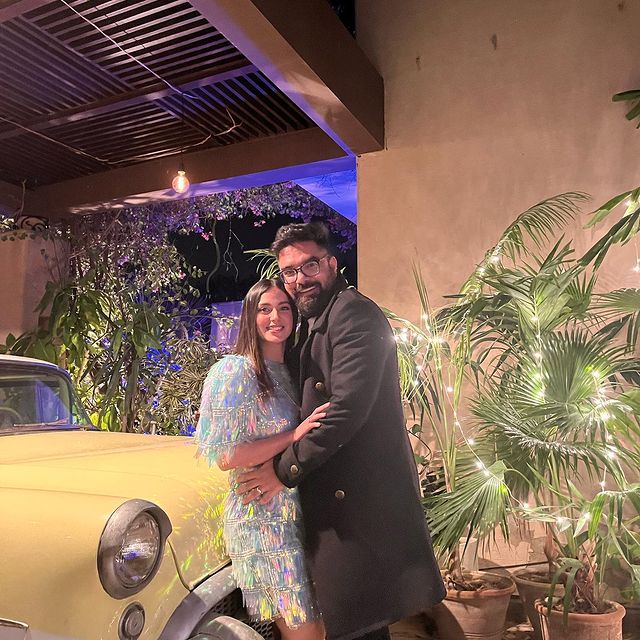 The couple has now been blessed with a child, Kabir Hussain, who is just gorgeous. For Eid Day 2, Iqra Aziz wore a scarlet dress, while Kabir and Yasir Hussain wore customary ivory kurtas. The picture-perfect family shared the following moments: 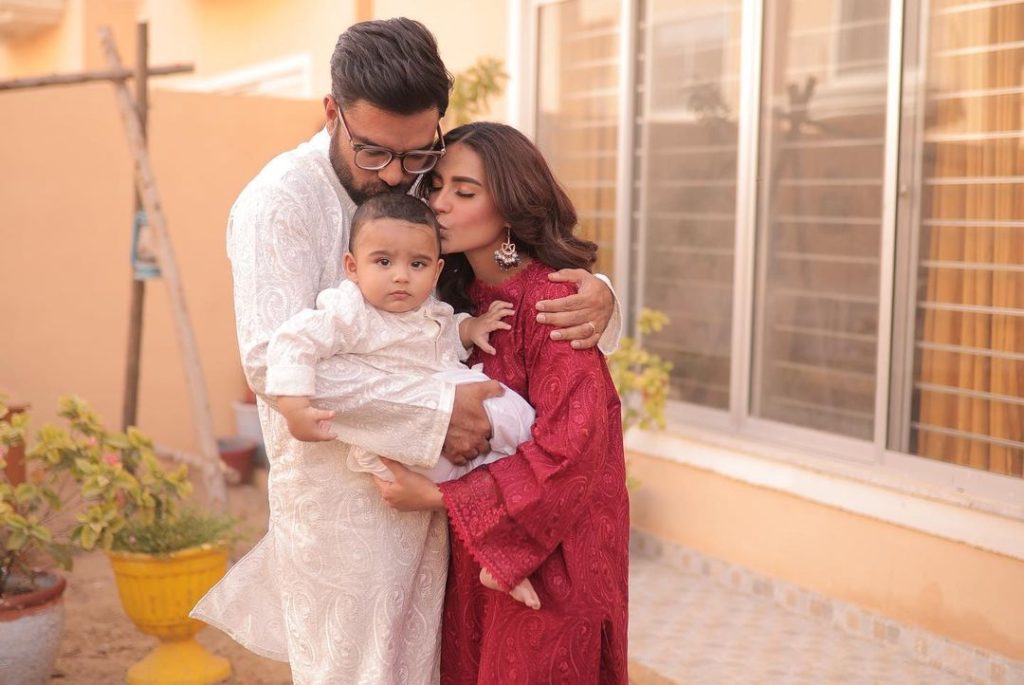 Iqra Aziz and Yasir Hussain, a Pakistani celebrity couple, are a power couple in the Pakistani entertainment business. Since her success in the drama serials Ranjha Ranjha Kardi and Suno Chanda, Iqra Aziz Hussain has received a lot of praise and admiration. Her husband, Yasir Hussain, is also a talented Pakistani actor. Kabir Hussain, the couple’s lovely baby child, was born to them. 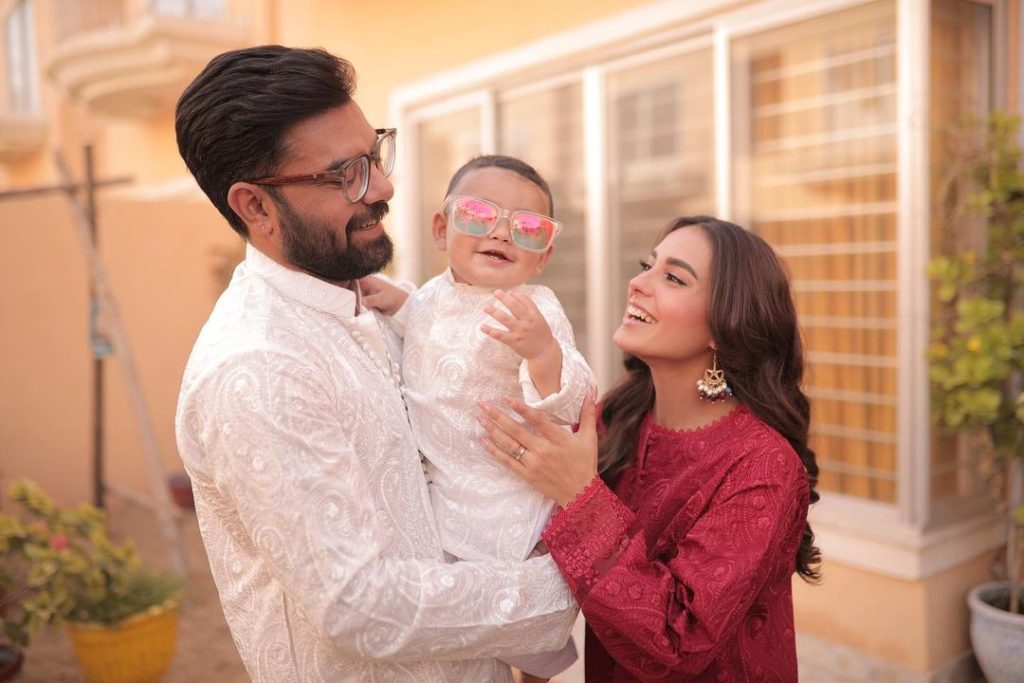 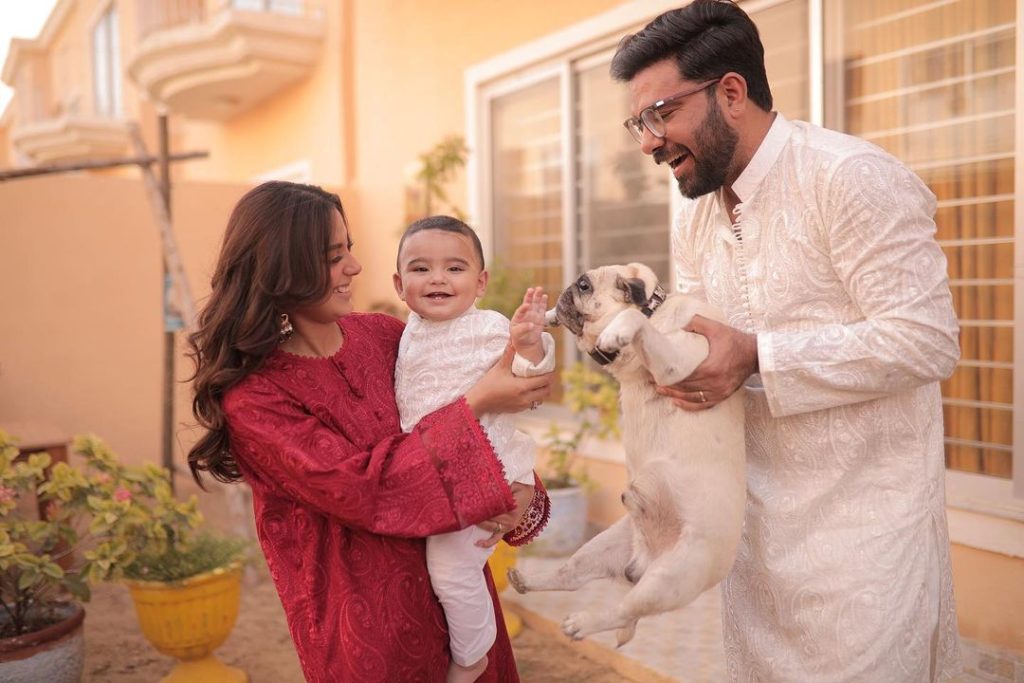 Both Iqra Aziz and Yasir Hussain have carved themselves a niche in the market. Iqra Aziz is currently one of the most popular drama actresses. She has a string of hit ventures under her belt, and audiences have praised her work. Raqeeb Se and Khuda Aur Mohabbat 3 were both box office successes, with Raqeeb Se receiving critical acclaim. 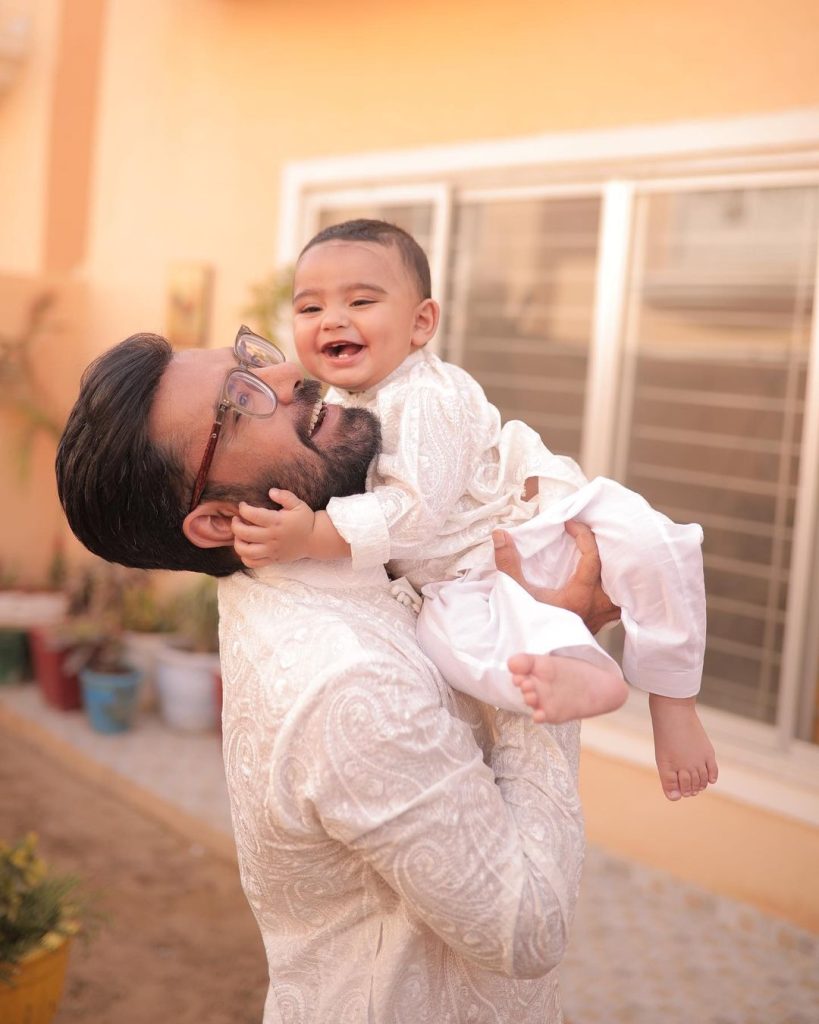