Iqra Aziz and Farhan Saeed, one of the most popular on-screen couples, wowed the public with their on-screen chemistry in the drama series ‘Suno Chanda.’ The lovely on-screen duo was just featured in famous designer Zubia Zainab’s current seasonal collection. They look stunning together and are giving us huge romance goals once again. Trésor d’amour, which means “treasure of love,” is the name of the collection, which creates a transcendent equilibrium in couture through romantic cuts and delicate embellishments. It combines general cuts on pastel gossamer materials like organza tulles with abilities like kamdani, gota, mirror, resham, cross-stitch, and zardozi to create chic and exquisite women’s and men’s apparel. 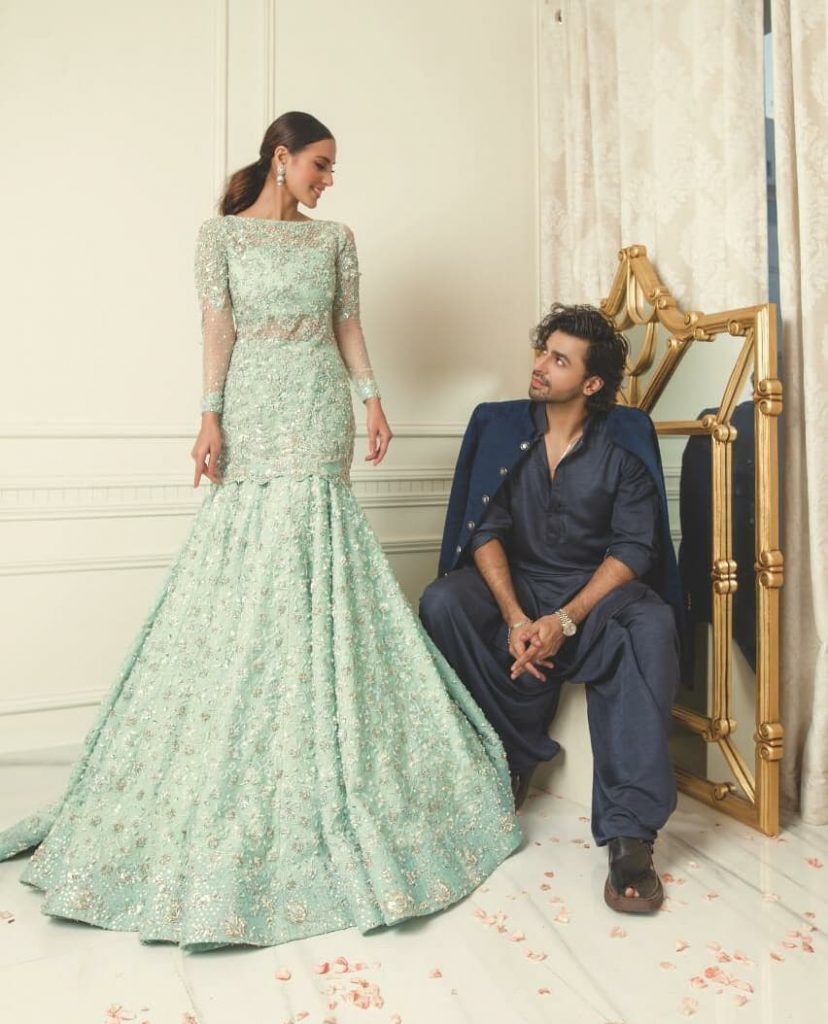 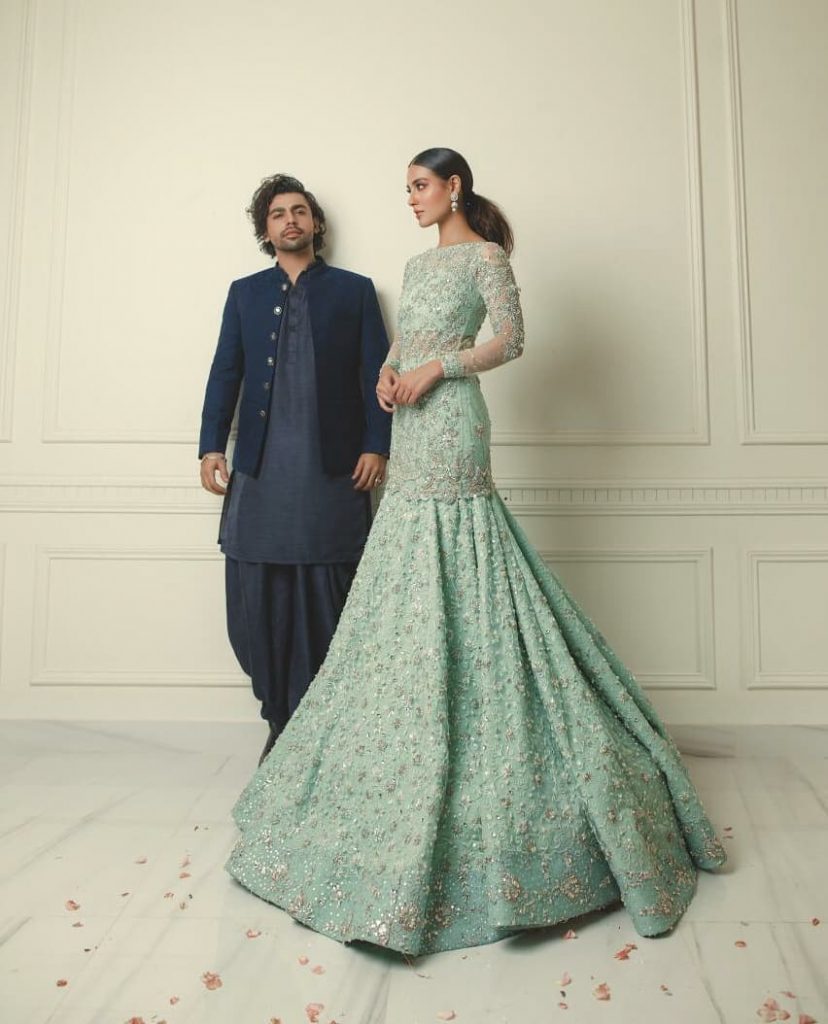 ⁠Farhan Saeed is a well-known Pakistani singer who debuted in 2002. He is a multi-talented man who not only sings, but also acts and directs music videos, and he has received numerous honours for Best Male Singer. Farhan Saeed has received a lot of affection and respect in Bollywood as well as in Pakistan. 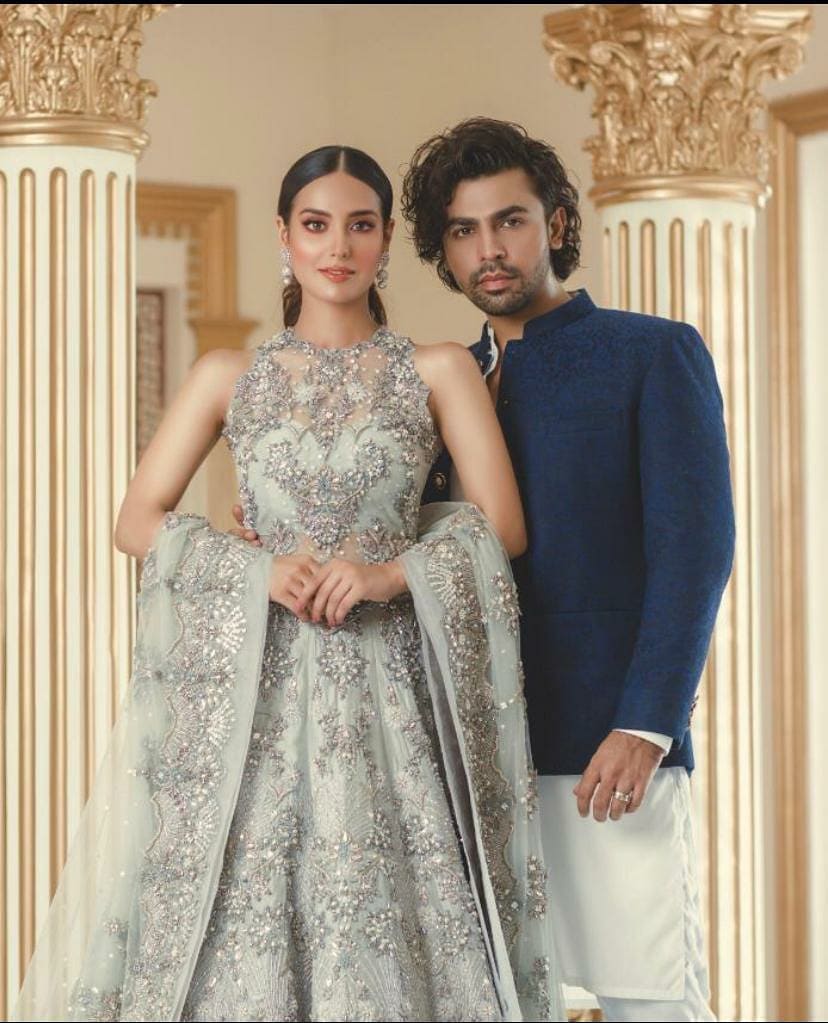 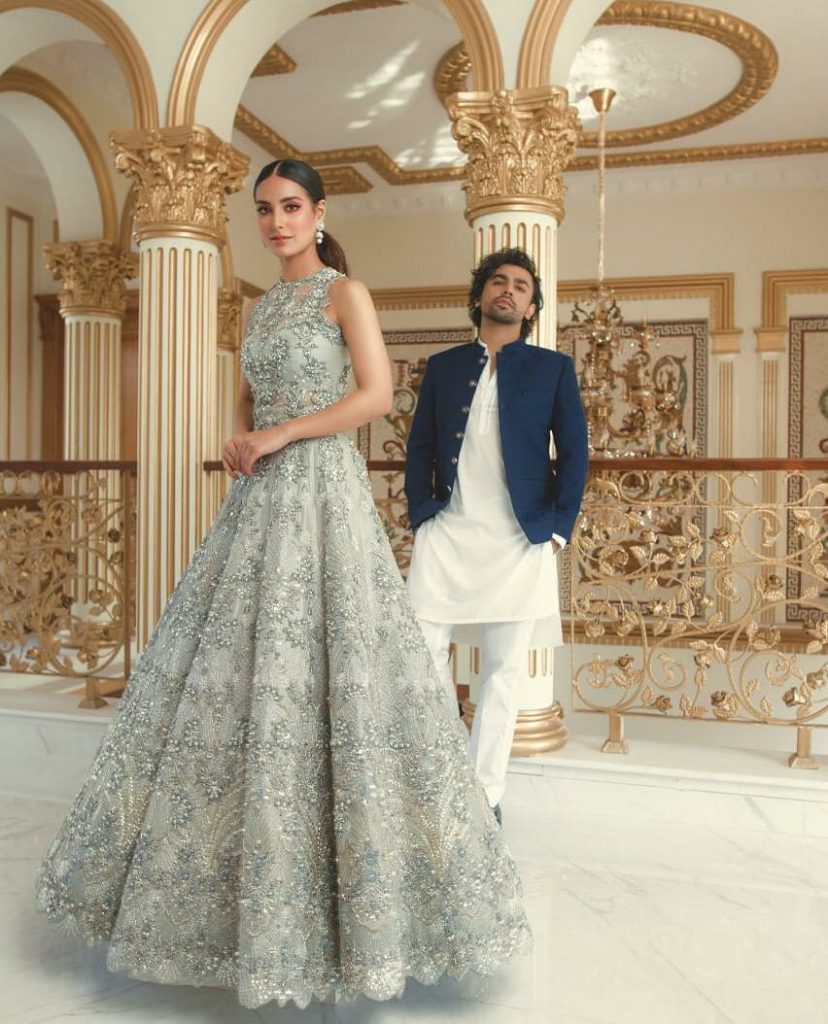 Farhan Saeed is without a doubt a superstar. He has it all, from great singing to amazing acting and a dashing attitude. He has worked really hard to establish himself. He began singing and has worked relentlessly for a decade, proving his worth. His music had already made him famous in the Subcontinent. With the beginning of acting, his fame grew. 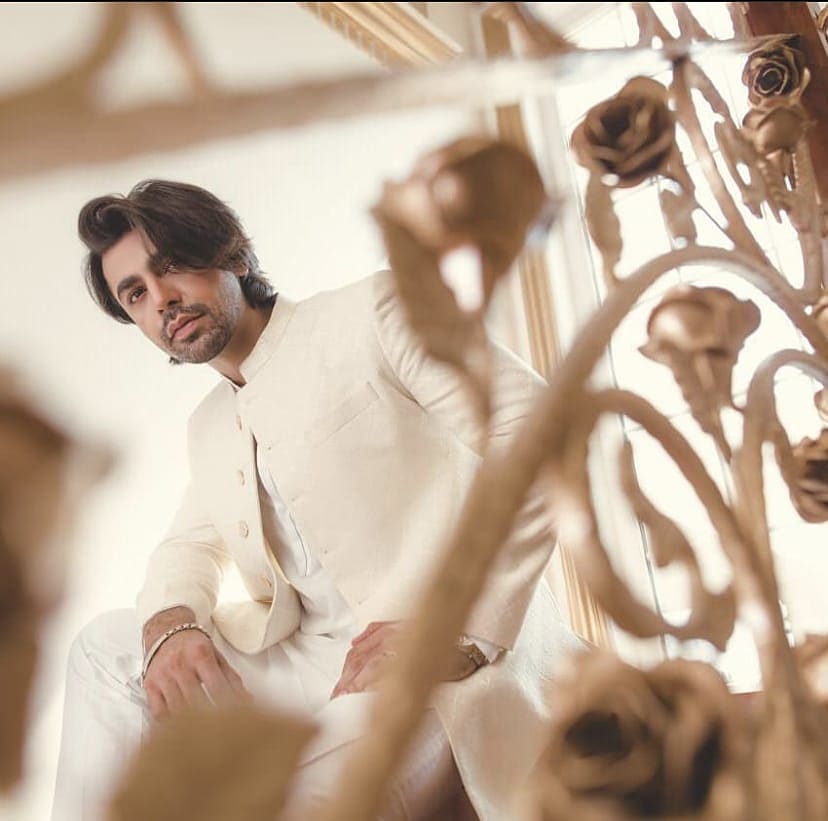 Iqra Aziz is a stunning Pakistani actress who has been in numerous successful films. Suno Chanda and Ranjha Ranjha Kardi will always be her most well-known ventures. Both dramas received a lot of positive feedback. 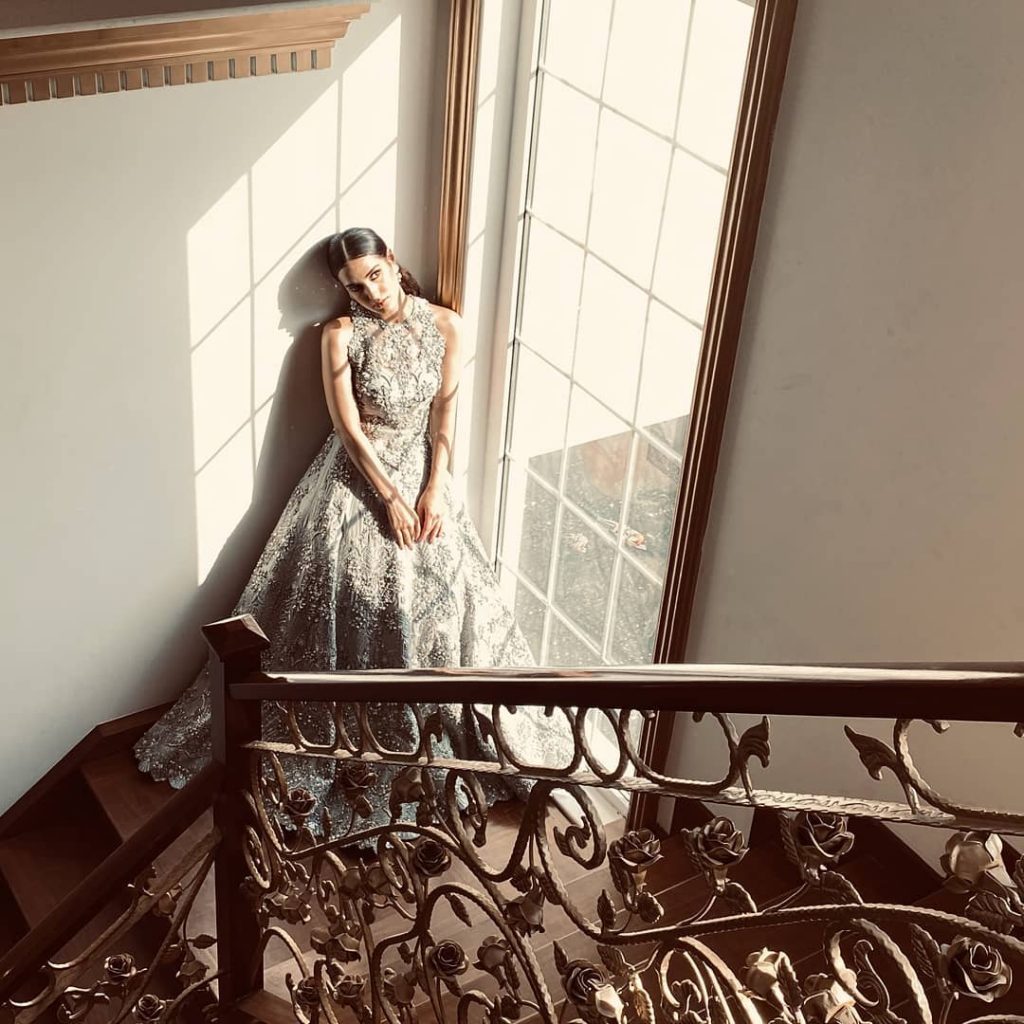 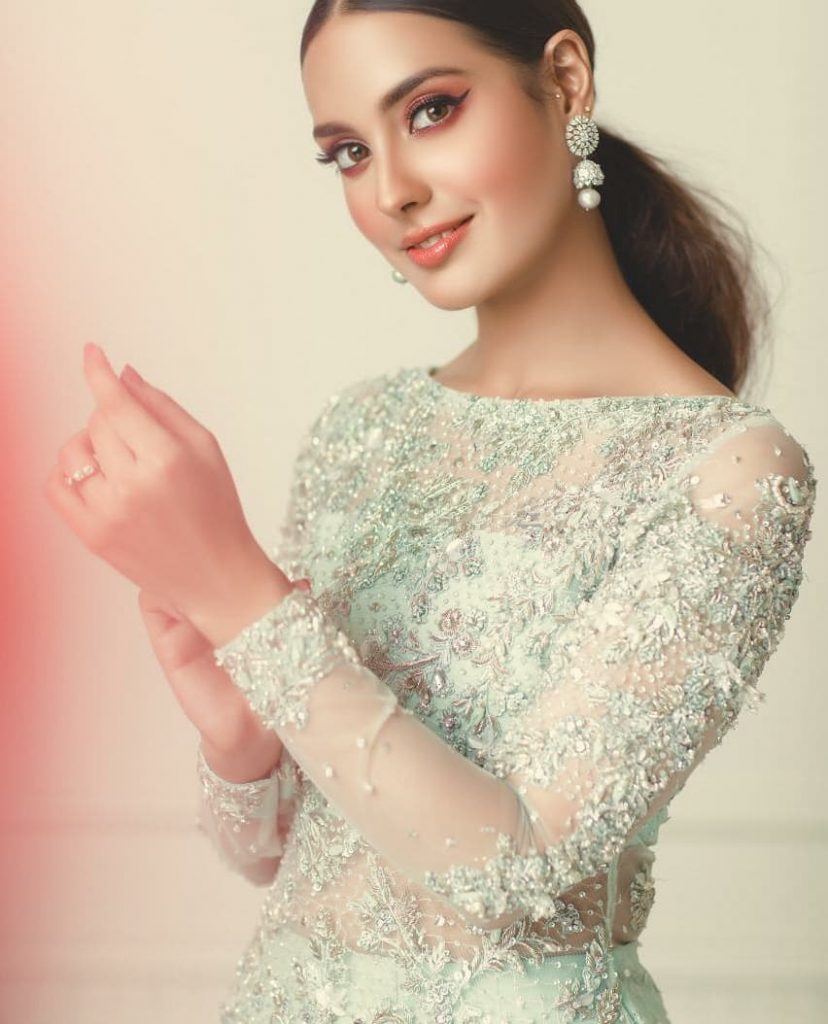 Iqra Aziz is a lovely and multi-talented Pakistani actress who is a true showbiz sensation. Since 2014, Iqra Aziz has received a lot of love and acclaim for her super hit performances. Iqra Azizi is best known for her popular television shows “Suno Chanda” and “Ranjha Ranjha Kardi.” Iqra is married to Yasir Hussain, who is also in the entertainment sector. Kabir Hussain, the couple’s lovely baby child, was born to them. 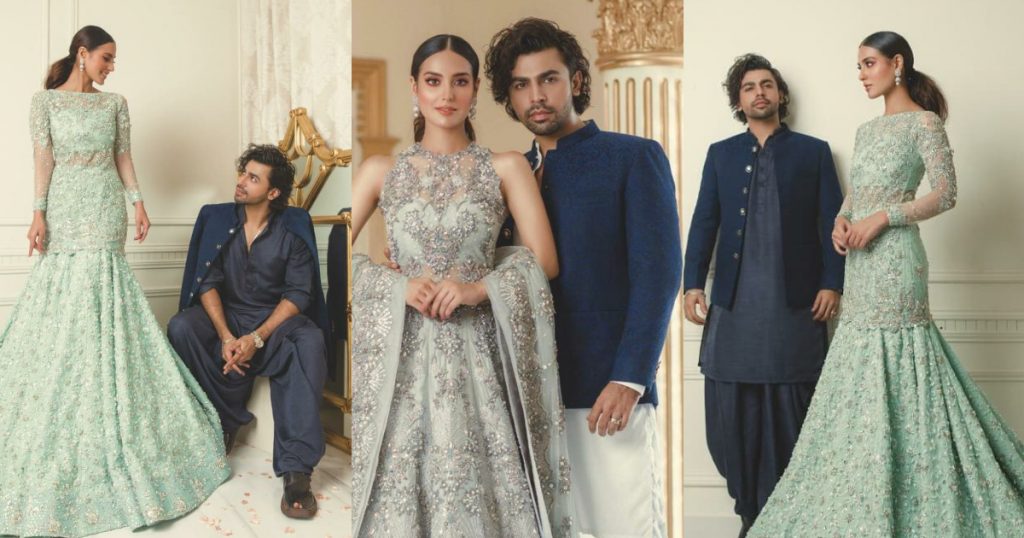