Stunning clicks of Hania Amir in a lehenga choli.

Hania Amir is known not only for her innocent and attractive appearance but also for her talent. In 2016, Hania Amir made her acting debut in the film Janaan. Hania Amir also starred in Na Maloom Afraad 2 and Parwaz Hai Junoon as the central role. Hania also appeared in the films Load Wedding and Superstar. 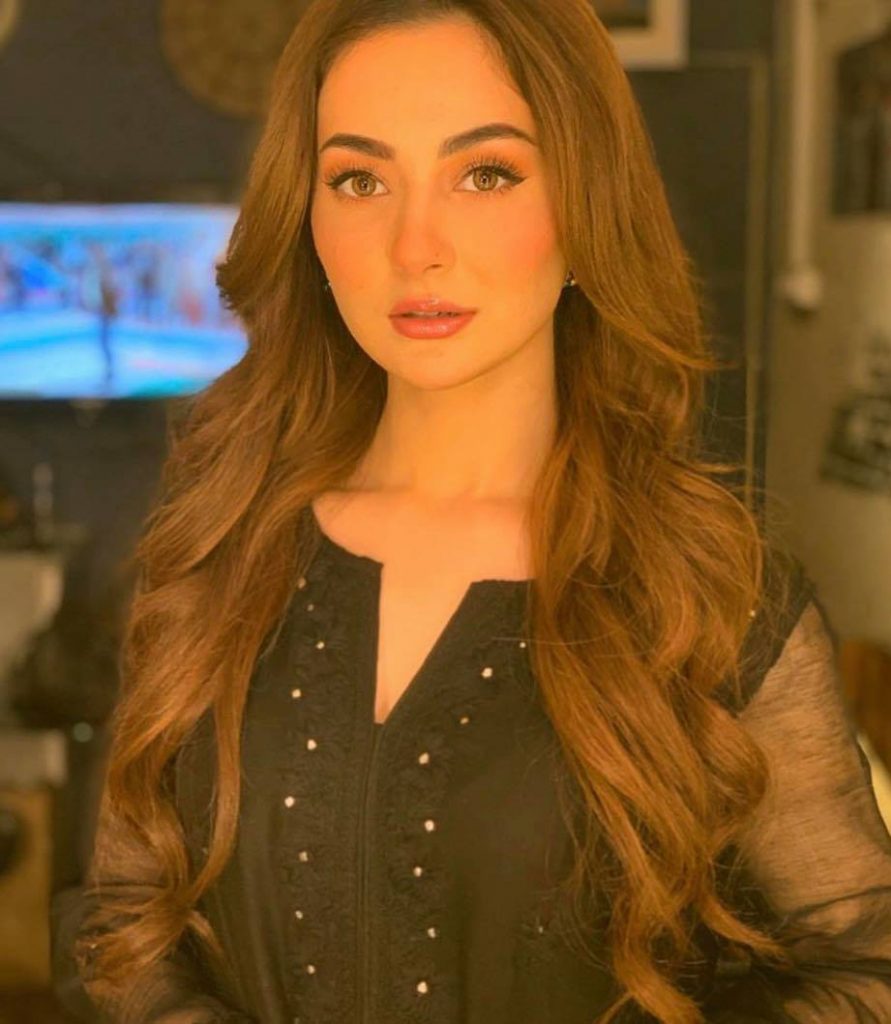 Hania Amir made her television debut in 2017 with the drama series Titli, followed by roles in Phir Wohi Mohabbat and Mujhy Jeeney Do in the same year. Hania Amir’s other dramas include Anaa, Ishqiya, and Dilruba. 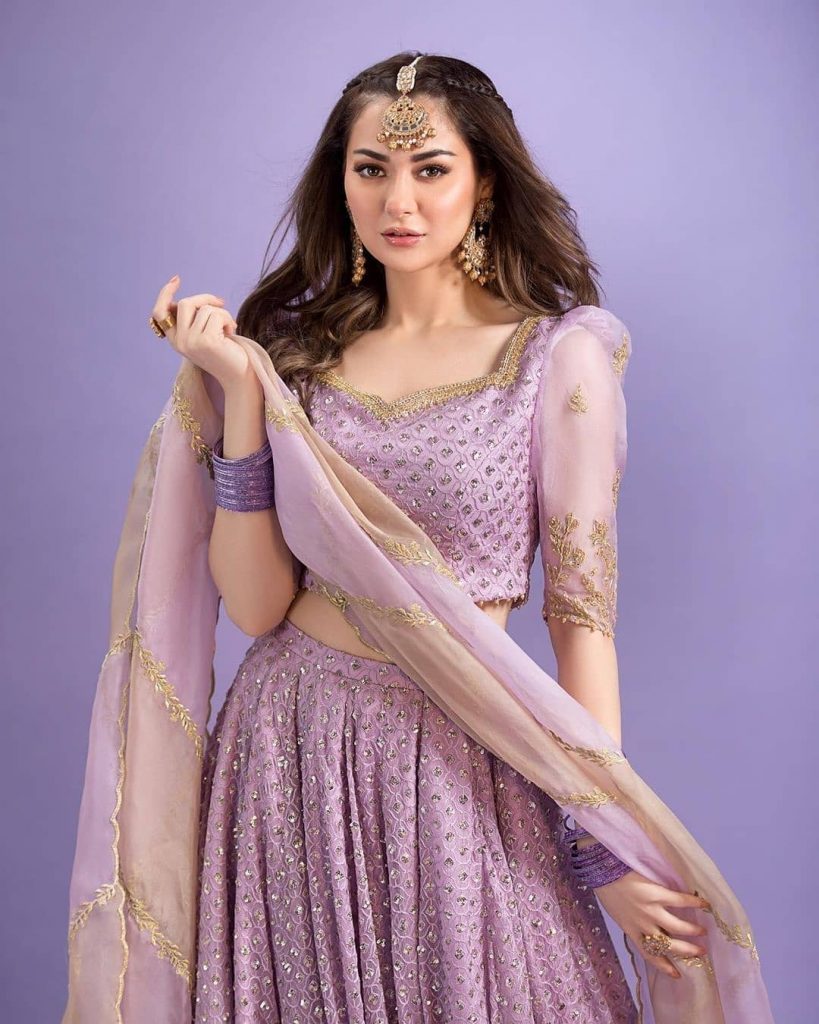 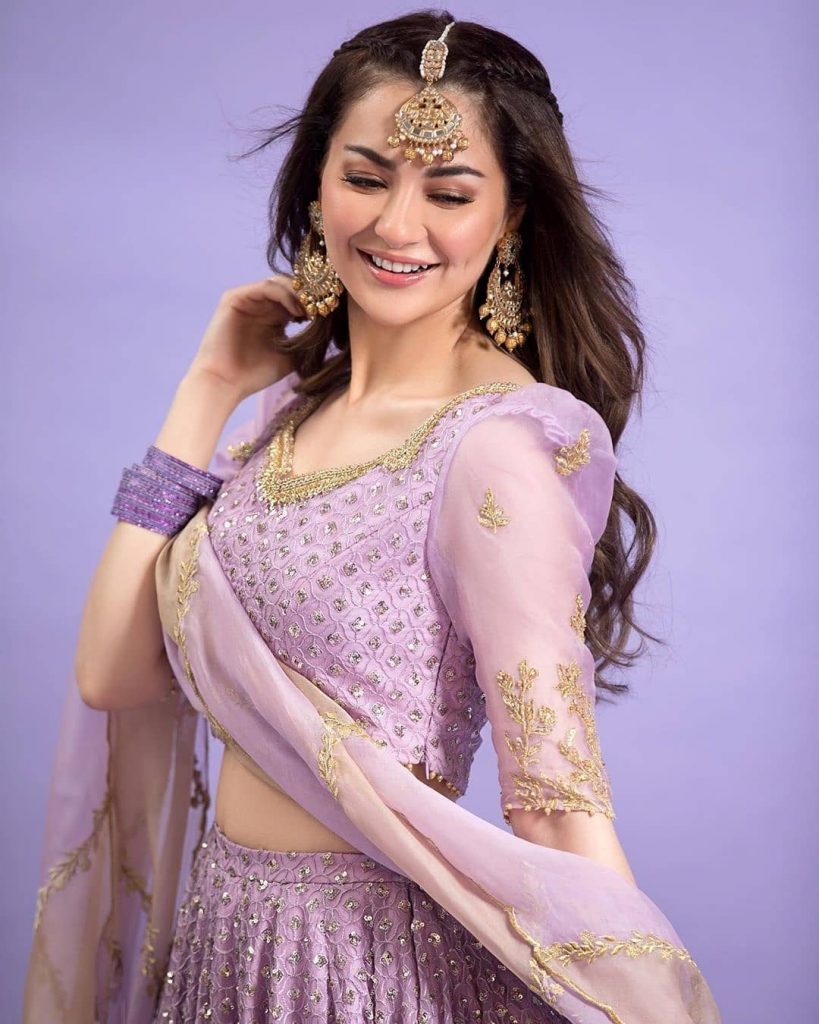 Hania Amir has also shot for a variety of brands and designers. Hania Amir has recently been named a brand ambassador for Maybelline New York, an international cosmetics company. Hania Amir looked stunning in every cosmetic style she chose as a Maybelline Girl. 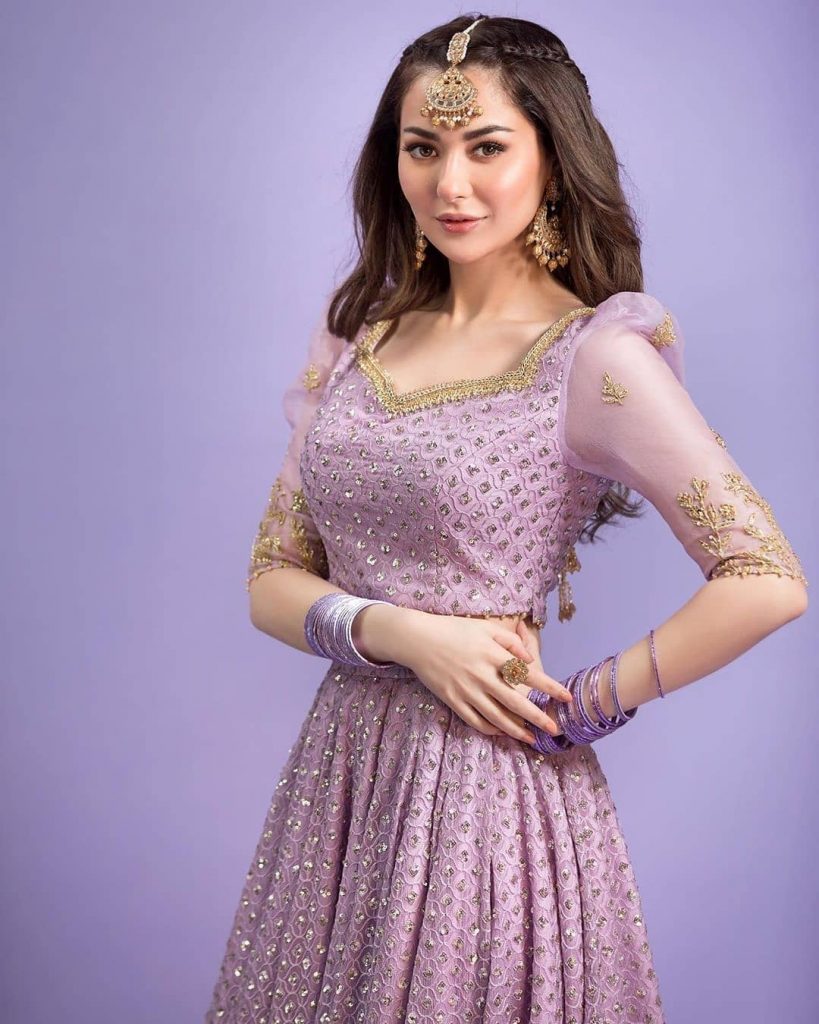 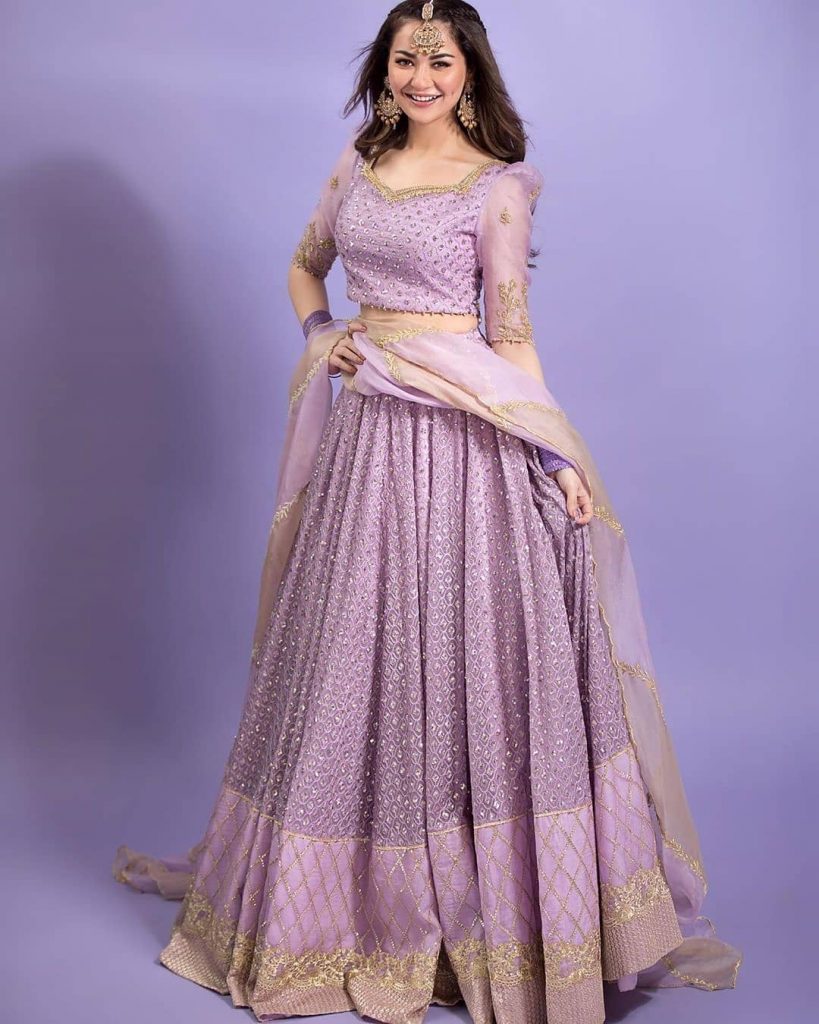 Hania Amir is a stunning woman with a sharp mind who knows how to work her way to the top of the entertainment world. She has been seen in a variety of projects since 2016, including dramas and films, and the prizes she has received attest to her success and popularity. 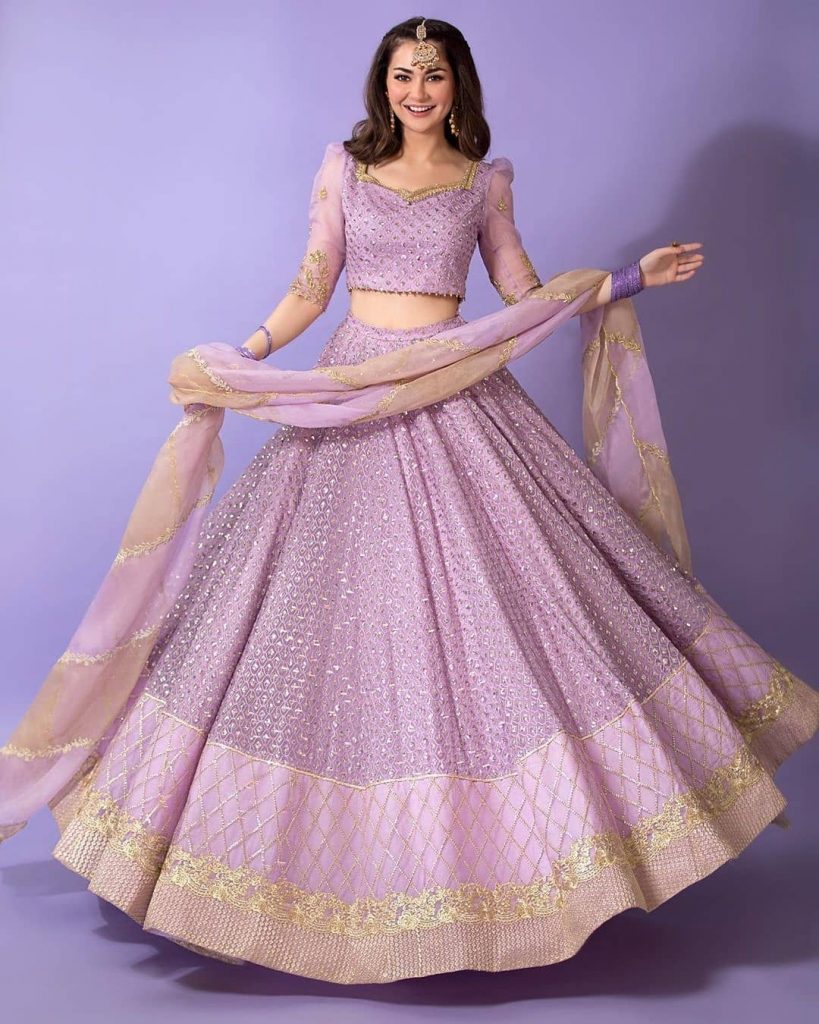 Hania Amir is a stunning actress from Pakistan’s cinema and television business. She is one of those celebrities who rose to fame and fortune in a very short time. Hania is known for her cute dimple and her outspoken personality. Her acting career began with the film Janaan, whose director Imran Aslam contacted her after seeing her acting abilities on dubsmash. Later in her career, the actress worked for well-known commercial brands, as well as drama and film projects. “Titli,” “Visaal,” “Ishqiya,” as well as “Na maloom afraad 2” and “Parwaaz hai junoon,” are some of her most well-known dramas. 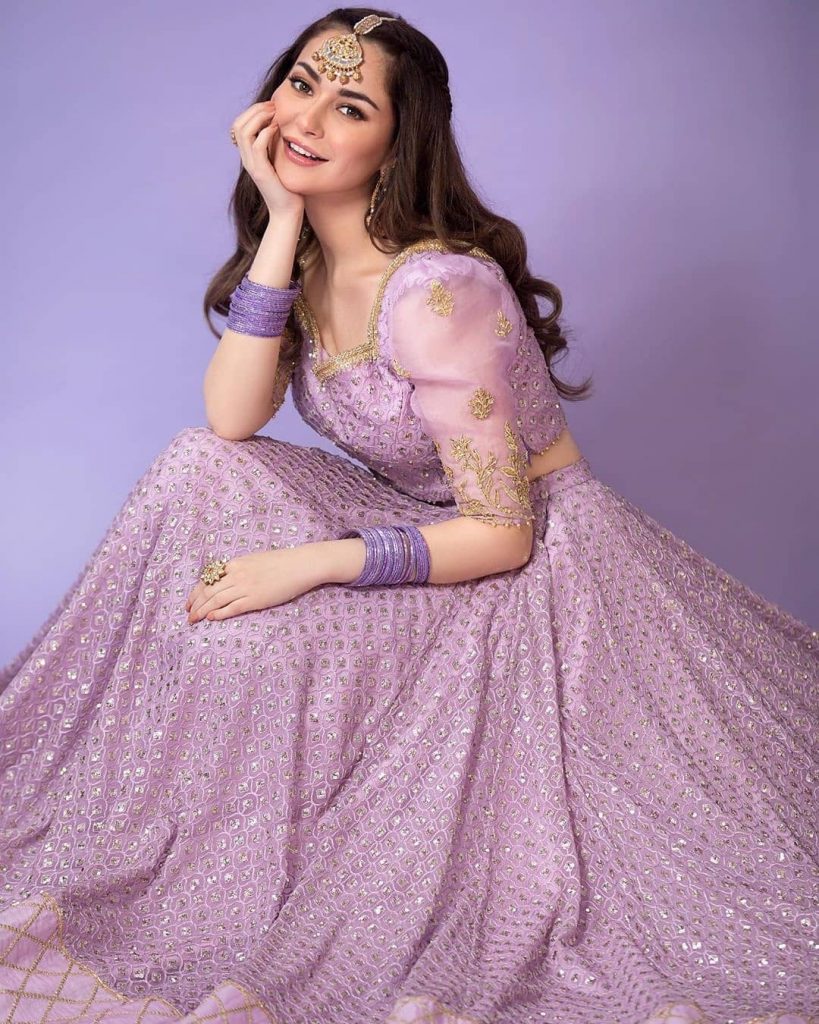