Iqra Aziz is one of Pakistan’s most beautiful and versatile actresses, who has won everyone’s heart in a short time thanks to her outstanding performances in many series. She is a versatile actress who can fit into any role she takes on. Iqra gained the title of most searched celebrity of 2018 thanks to her outstanding performances in several series. Yasir Hussain, an actor, is married to Iqra Aziz. 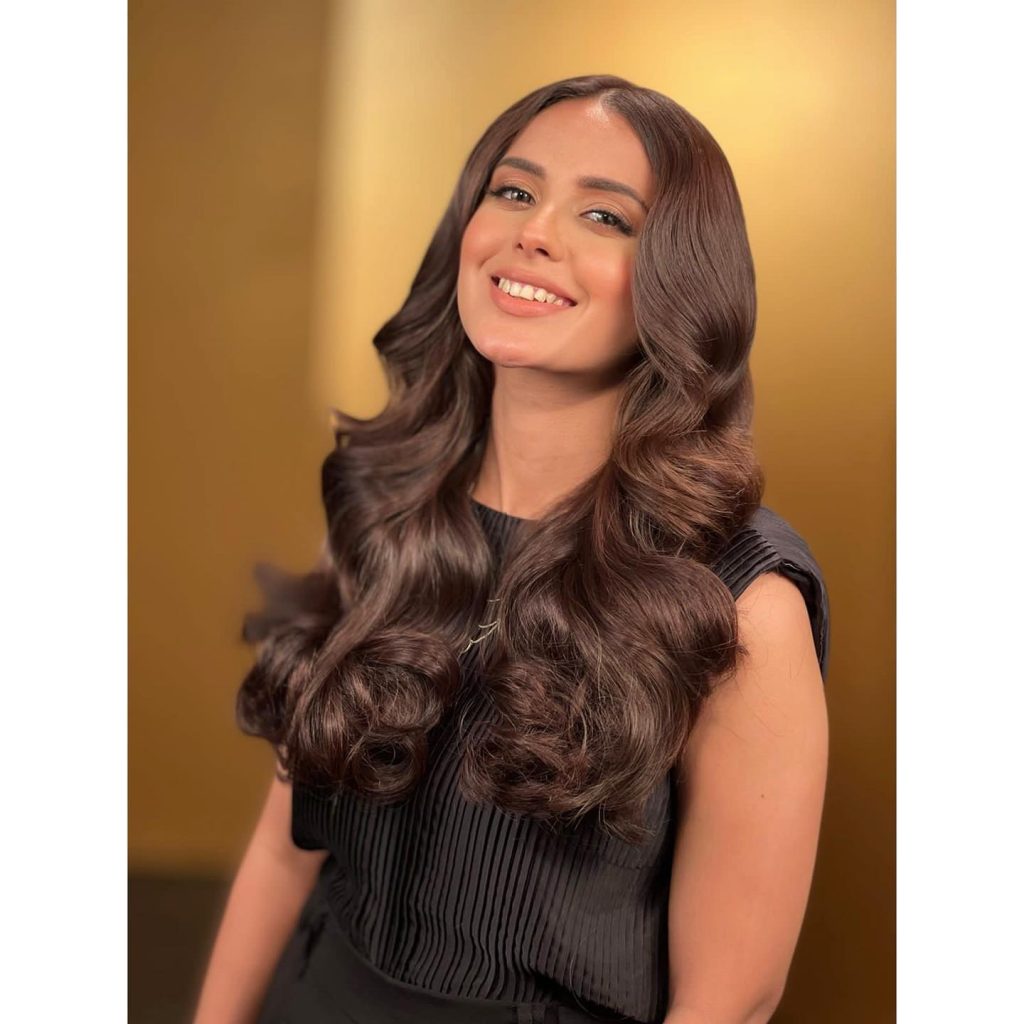 Iqra Aziz, who is always stunning, was just featured in the Cross Stitch Eid Collection 22. Iqra Aziz wears exquisite outfits from Cross Stitch’s 2018 Eid Collection with ethereal beauty. The most beautiful ensembles from the current collection use brilliant colors and handcrafted embroidery to offer you a royal, yet trendy, look during Eid. 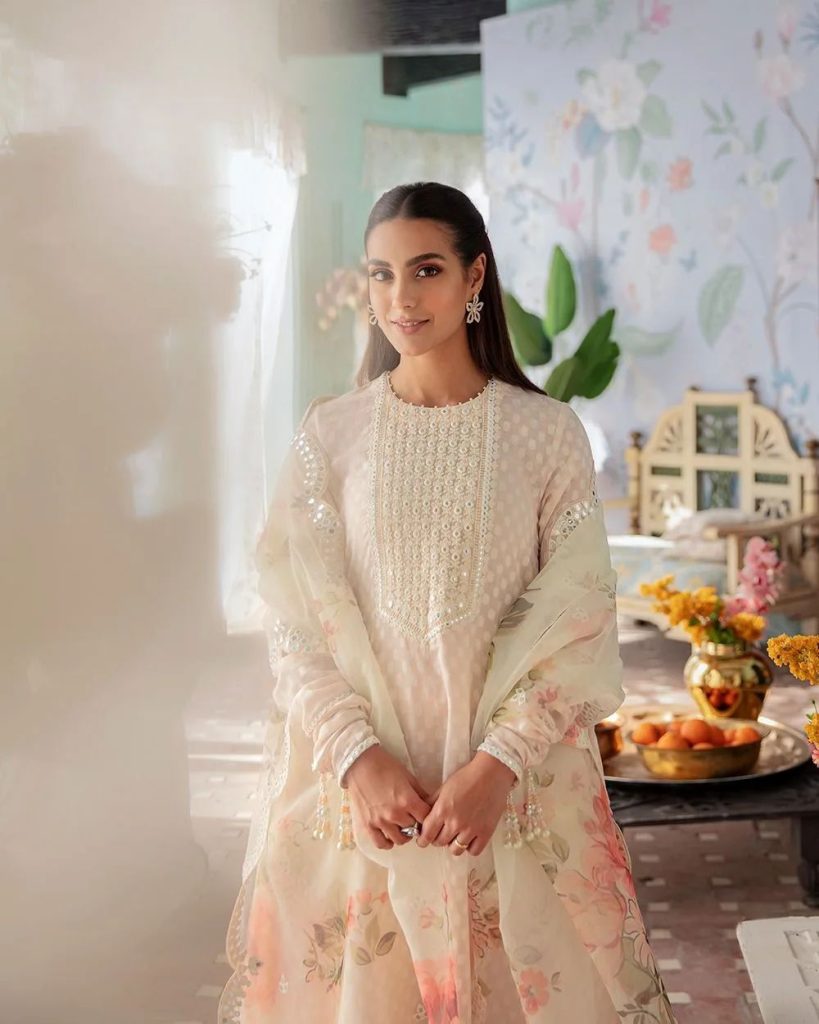 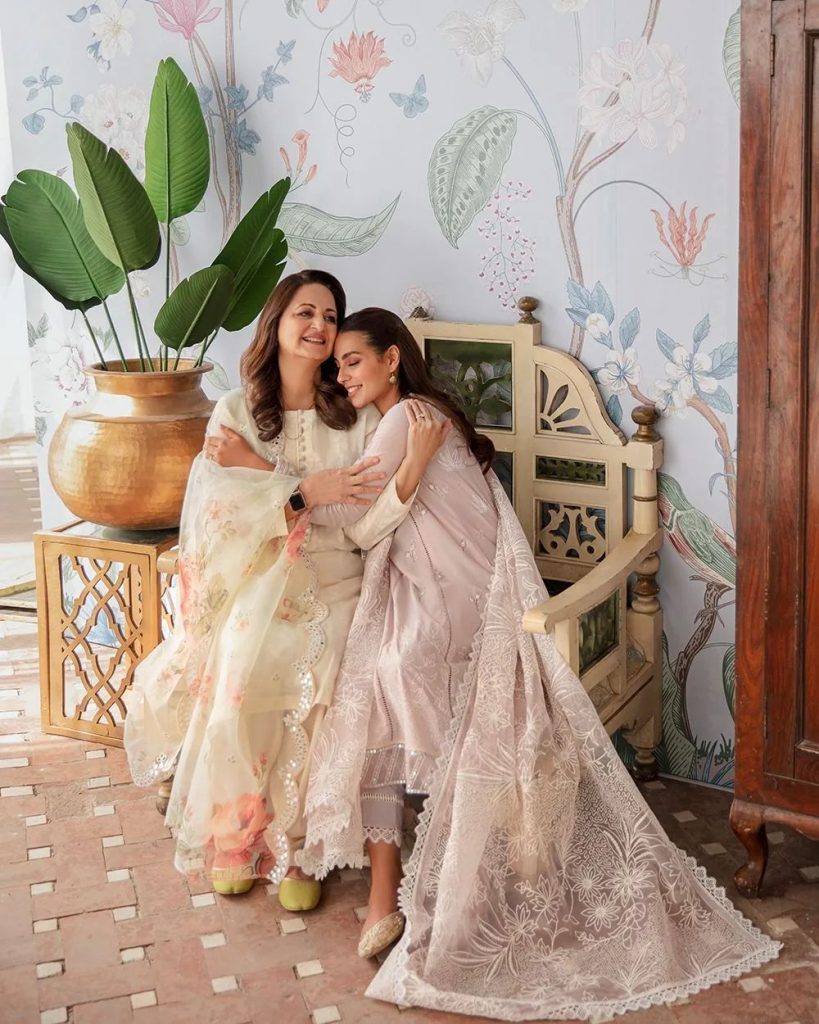 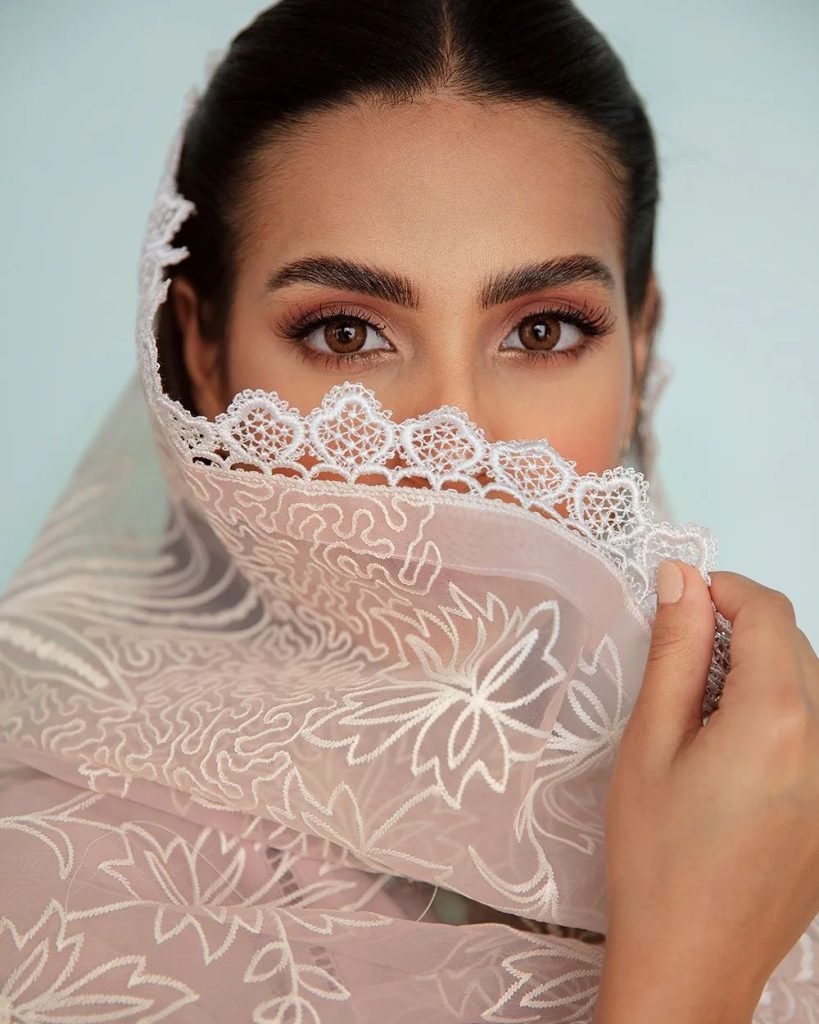 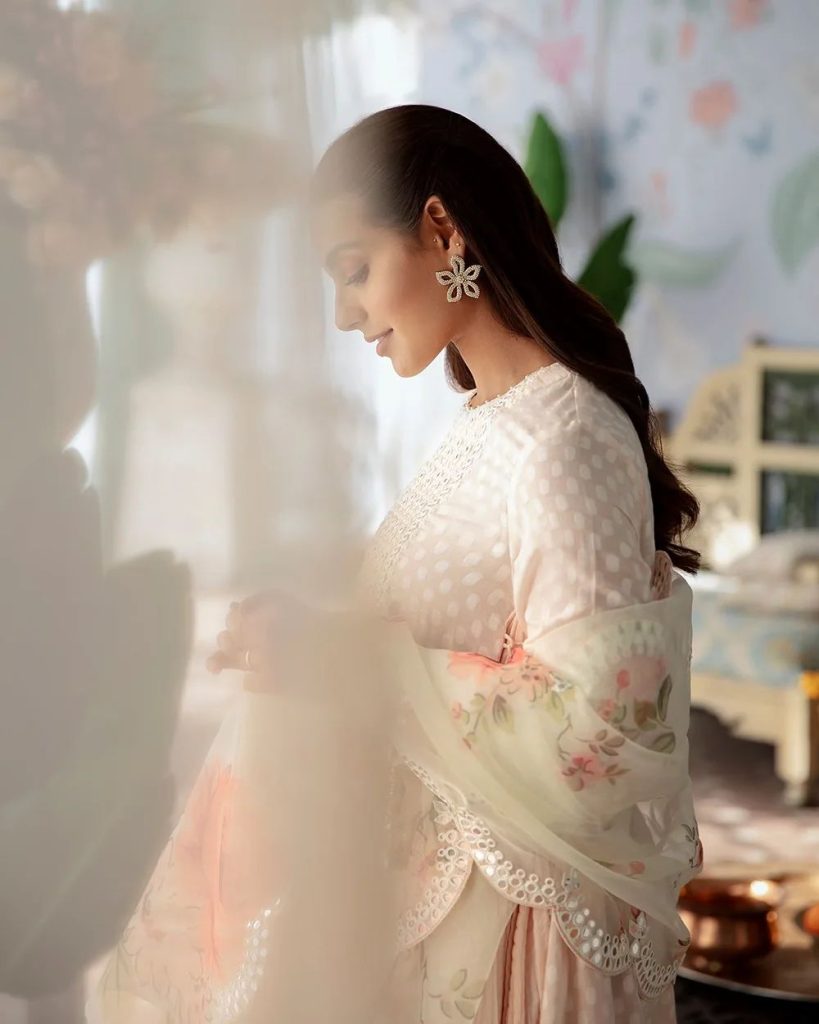 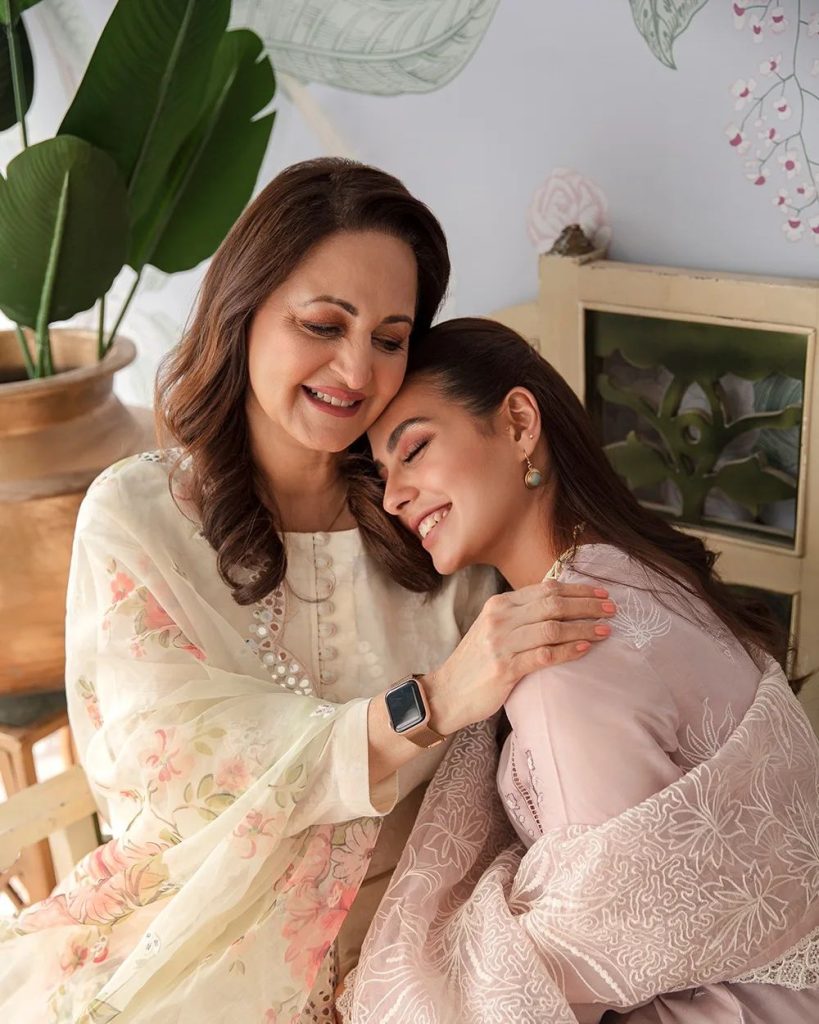 Iqra Aziz doesn’t require an introduction; everybody who follows Pakistani drama knows who she is. She is an actress and model who has built a name for herself in a short period because of her exuberant confidence and excellent acting abilities. She has worked on some of the most significant projects. We also know Iqra Aziz for her fiery demeanour. Iqra Aziz has desired to work in the entertainment industry since she was a teenager. With the support of her older sister, she could give a commercial audition and was immediately picked up by Citrus Talent. 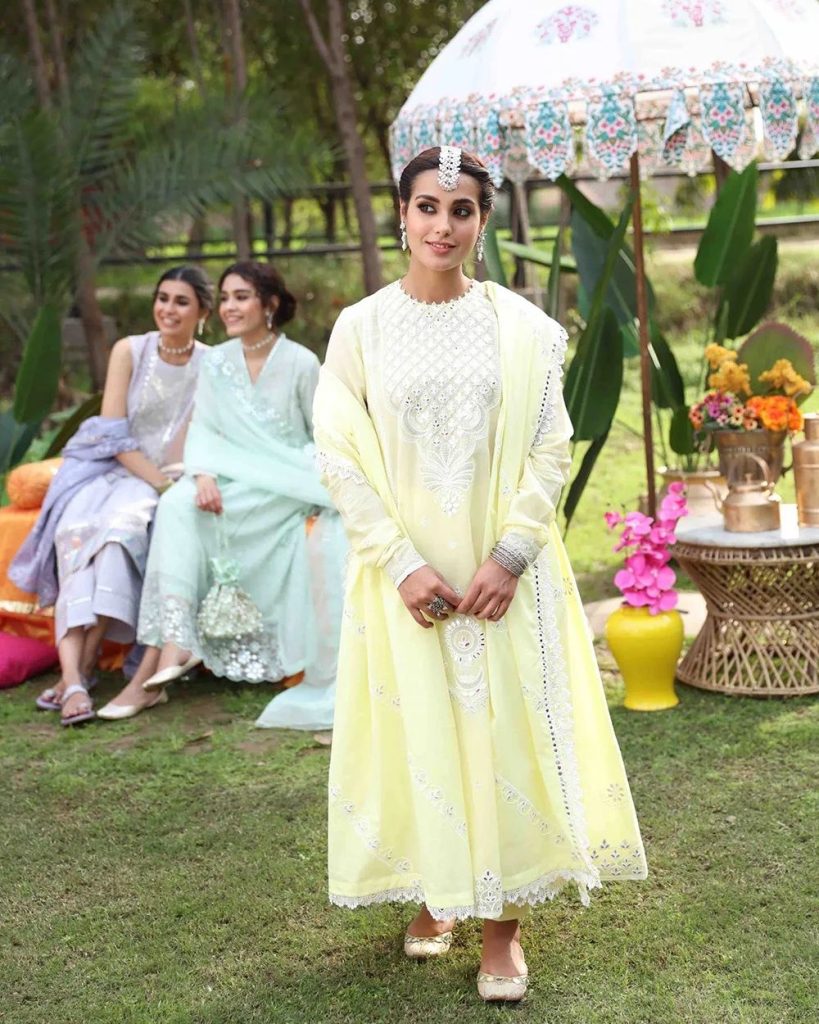 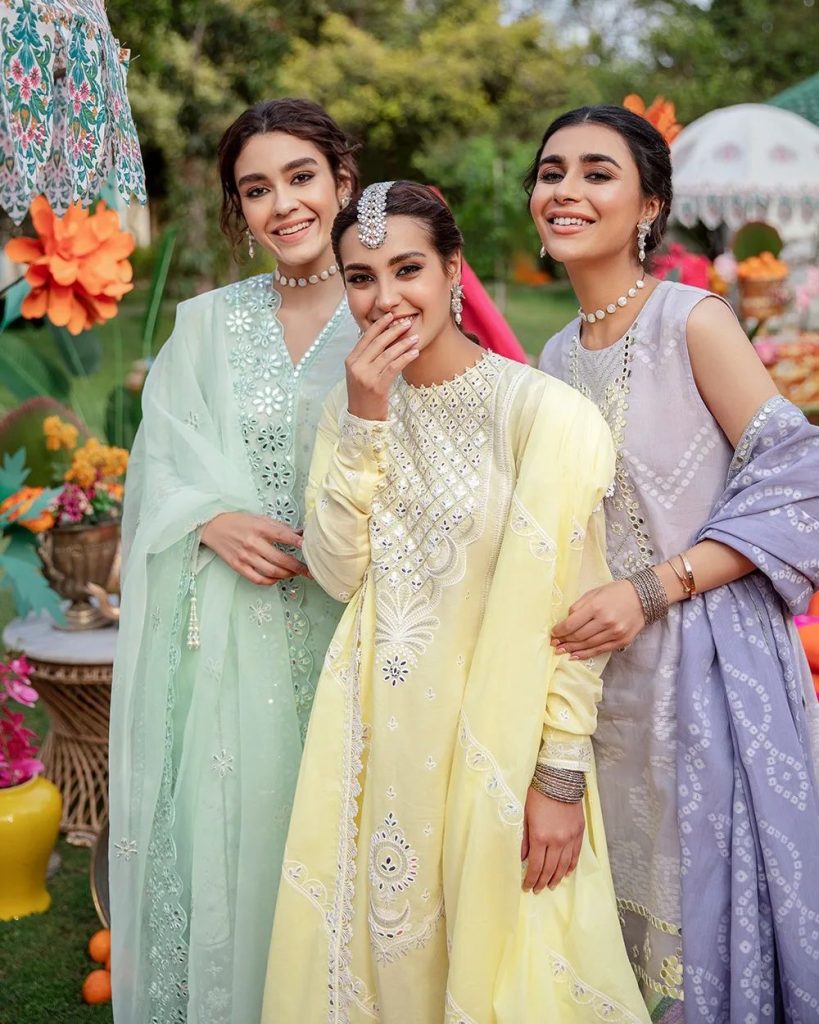 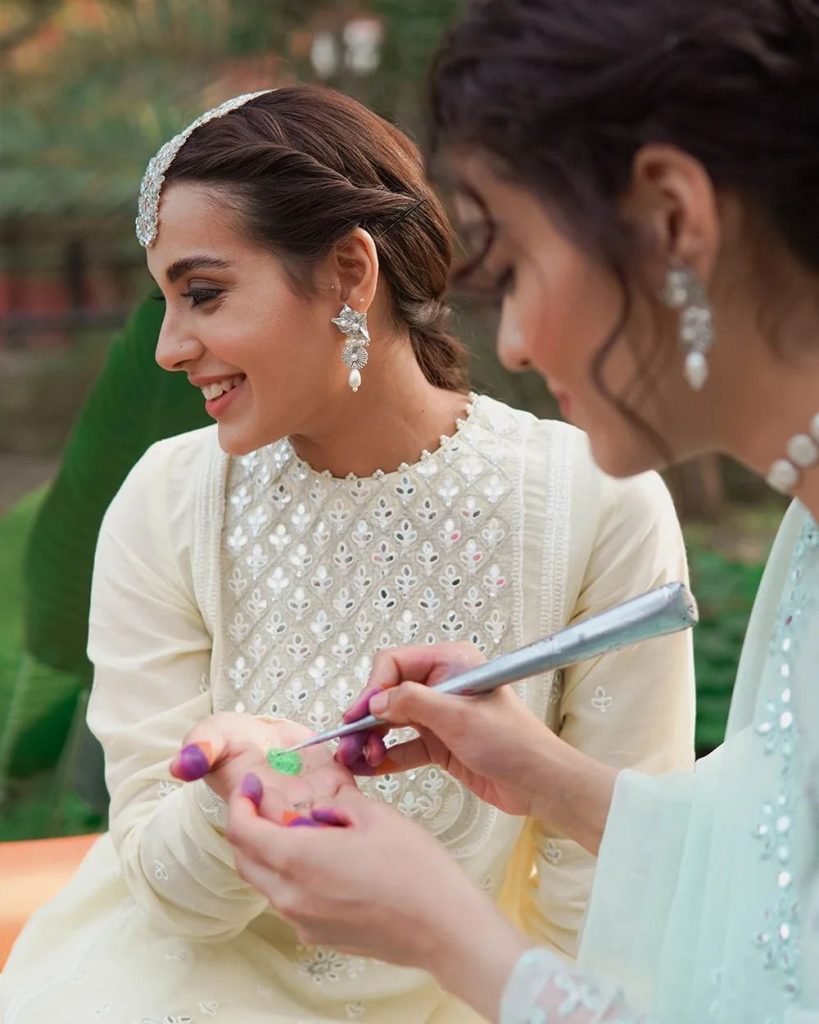 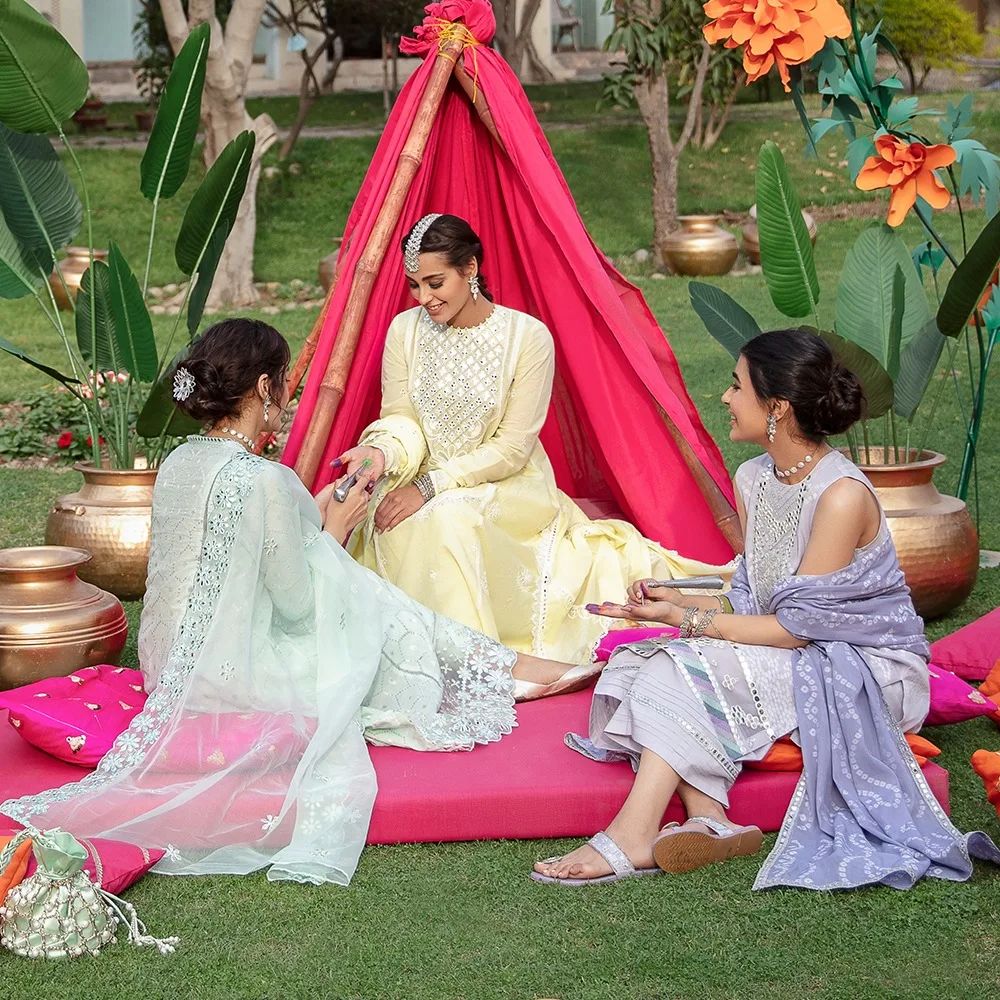 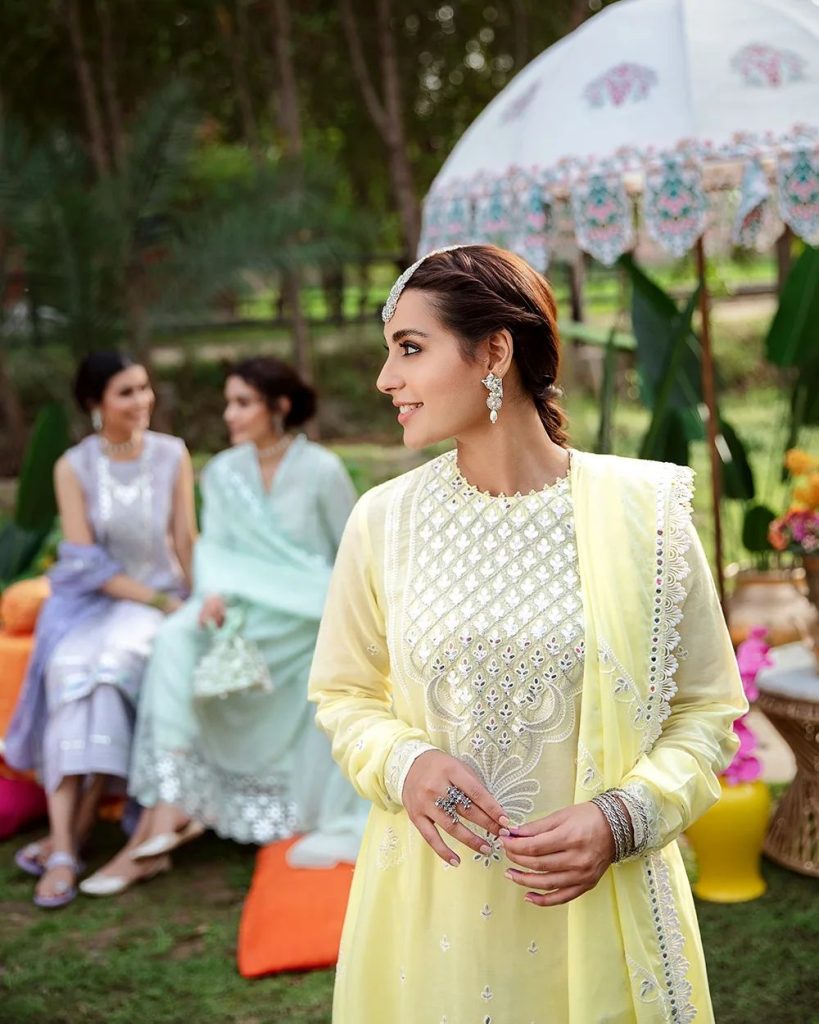 Iqra Aziz is also one of the few Pakistani actresses who has gotten the right projects and, as a result, has received a lot of attention. Iqra Aziz has also faced harsh criticism for her personal life frequently. Despite all the criticism, Iqra remained unflappable. 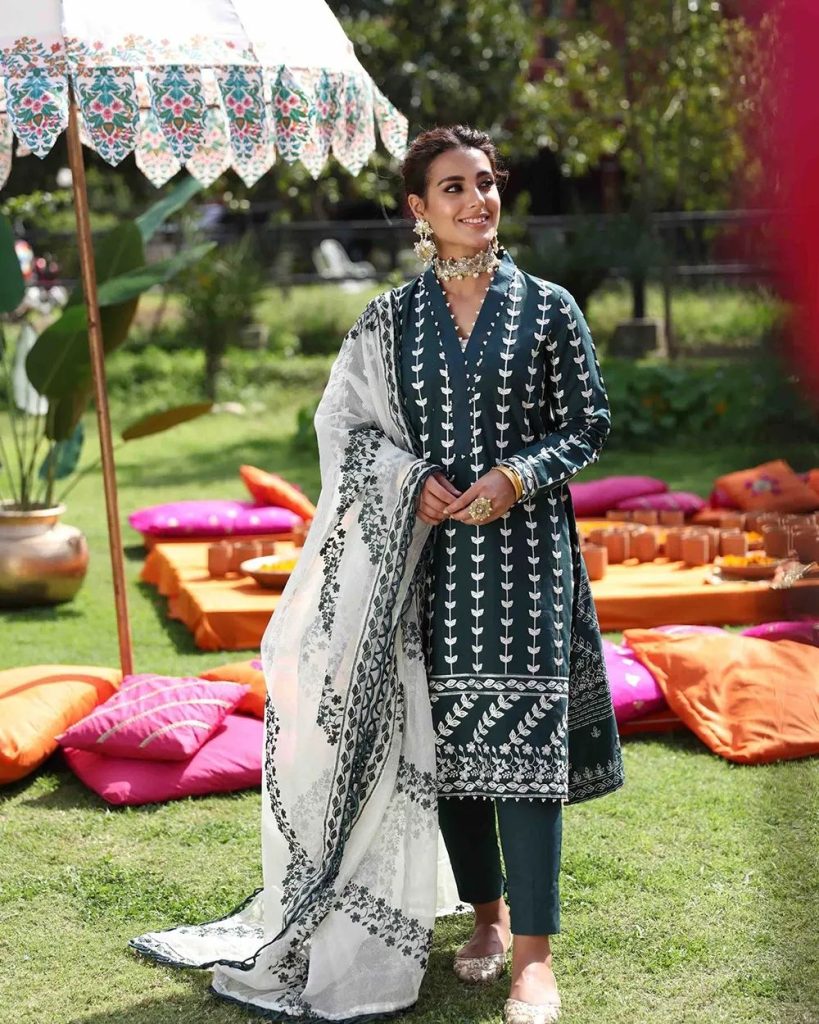 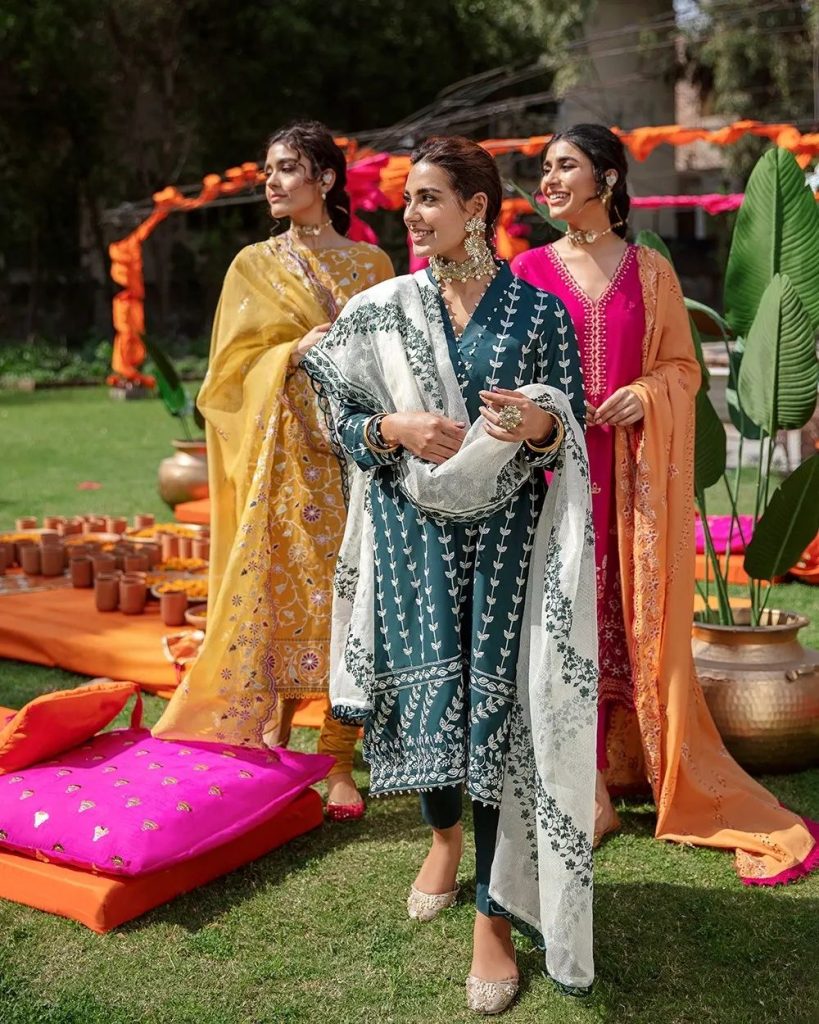 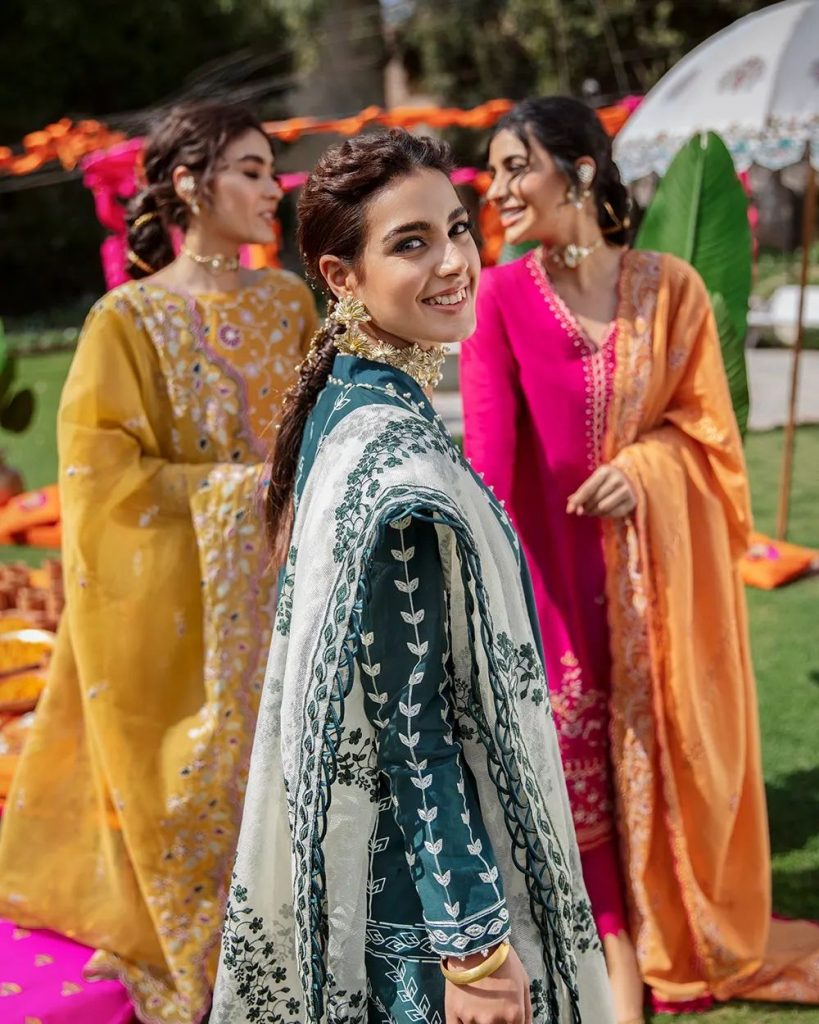 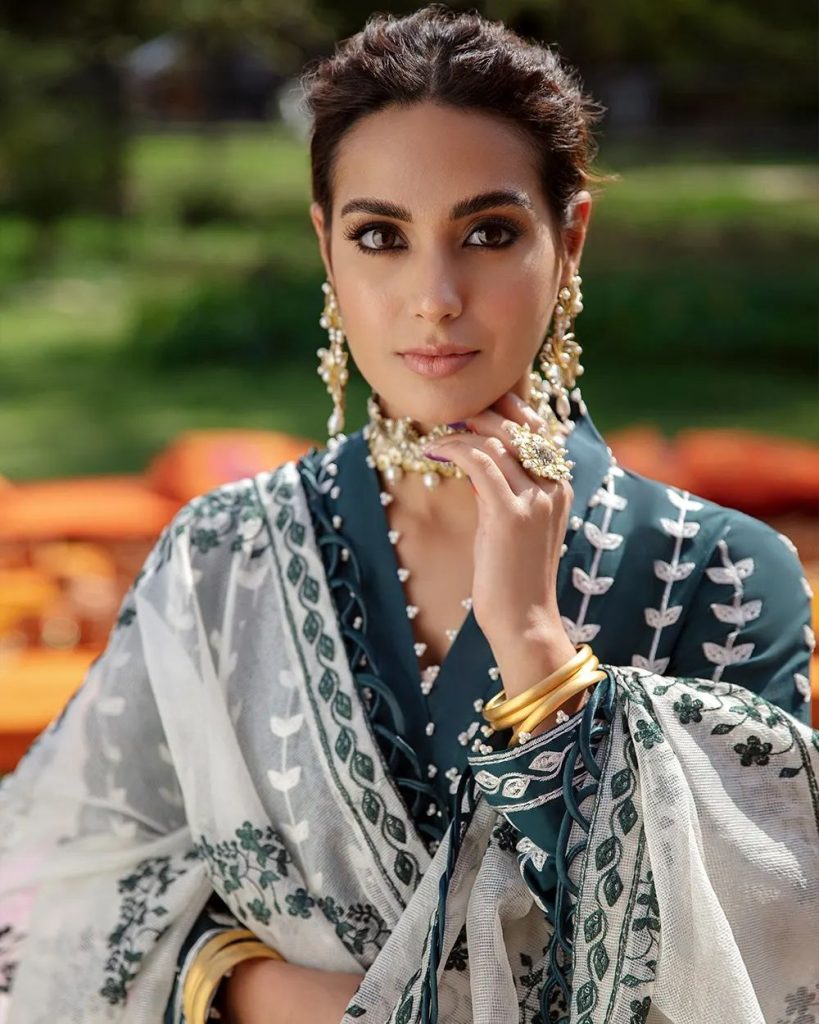 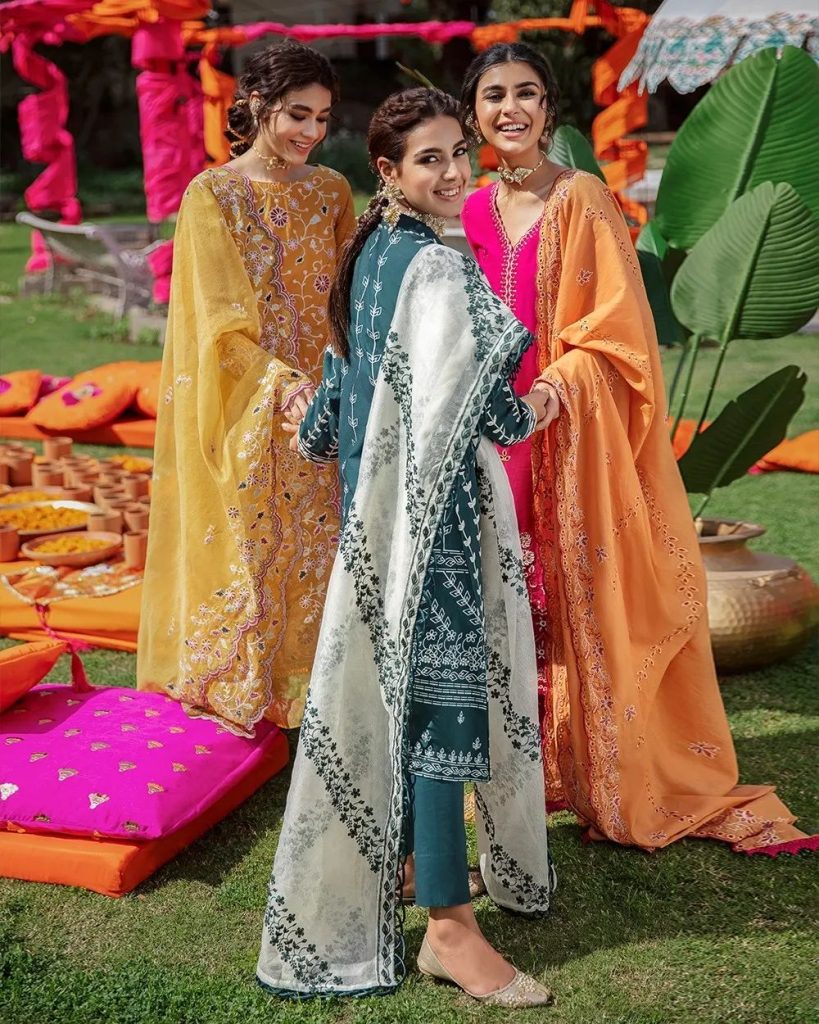