Gorgeous photos of Hania Amir from the set of her drama “Mere Humsafar.”

Hania Amir is a stunning Pakistani actress who appears in films and plays and is creating waves in the media. She is one of the few bright superstars who have achieved popularity, fans, and success at such a young age and in such a short time. Hania is well known for her beautiful dimples. She is also known for her energetic, outspoken, and forthright nature. Her acting career began with the film Janaan. 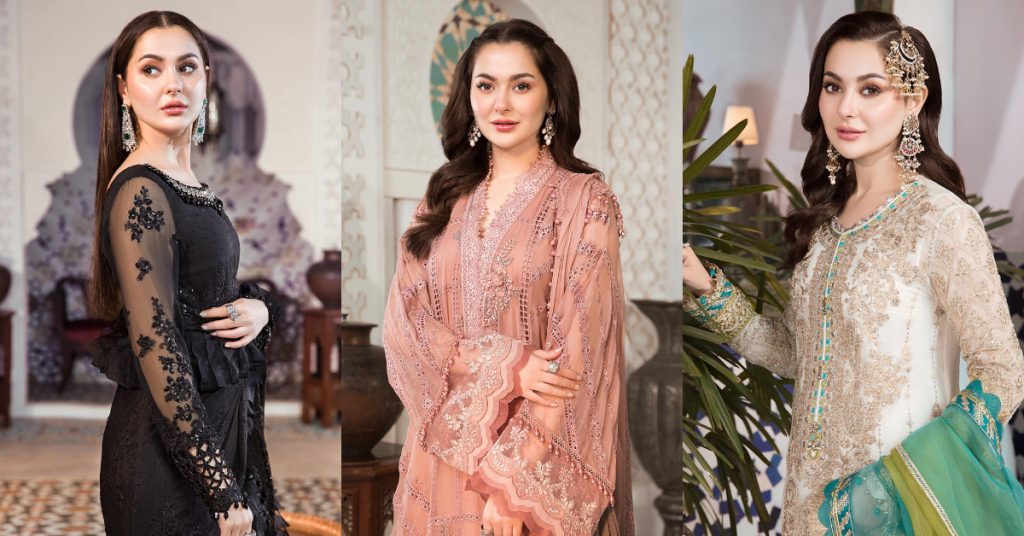 Hania Amir is currently starring in the drama Mere Humsafar, for which she is receiving a lot of praise. Her looks are adored by her fans. In a recent episode of the show, Mere Humsafar, Hania Amir, wore a gorgeous bridal gown for the scene of her wedding with Farhan Saeed. She looked really stunning in her Nomi Ansari ensemble. Because the dress included a short blouse, it appeared to be tailored for the local audience. The border of the Dupatta is likewise unique. 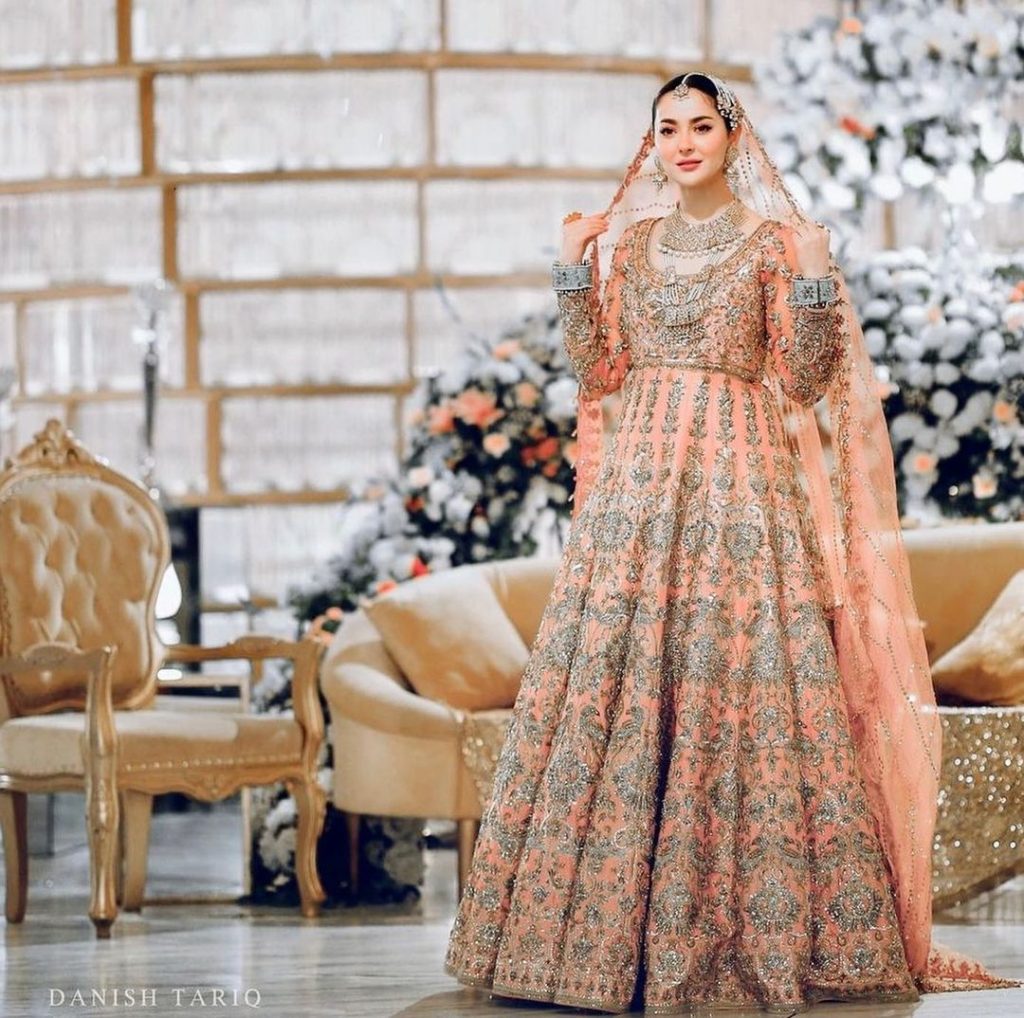 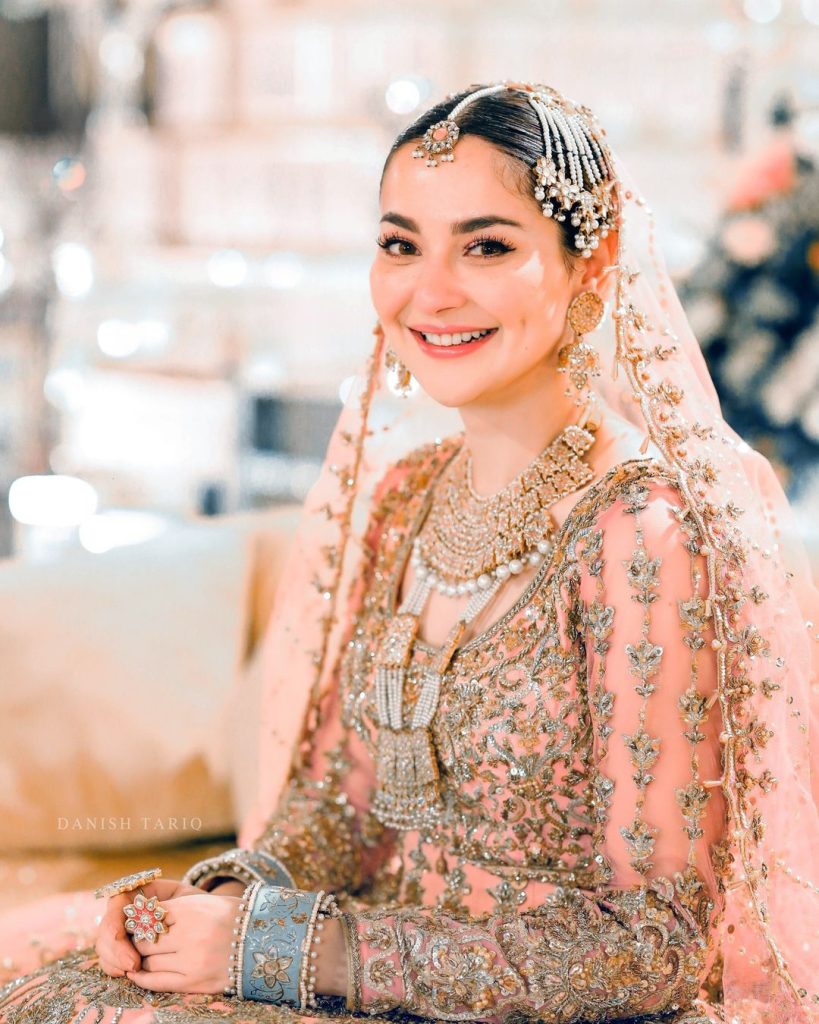 Hania Amir is one of our industry’s most adorable faces. Hania Amir made her acting debut in the film Janaan, in which she played a supporting role but received more attention than the star. Na Maloom Afraad 2, Hania’s next film, was Na Maloom Afraad 2.In Parwaz Hai Junoon, Hania played the lead role alongside Hamza Ali Abbasi and Ahad Raza Mir. 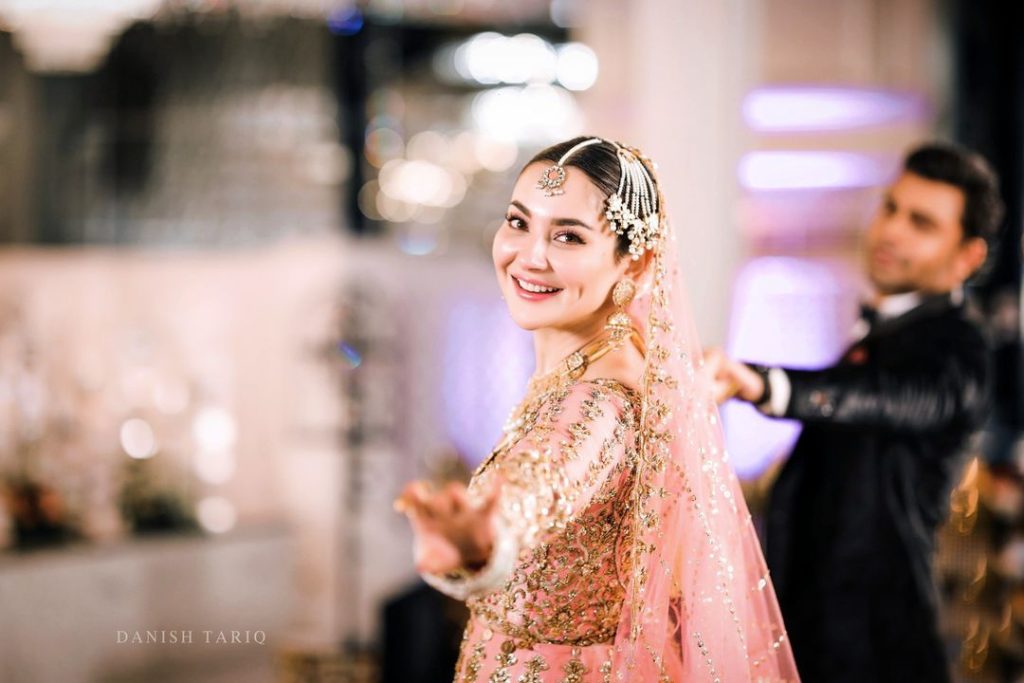 Hania Amir has established herself as one of Pakistan’s best actresses. Hania Amir’s dramas have made it a habit to be at the top of the charts. Ishqiya, Hania Amir’s drama, just ended with a record-breaking triumph. Dilruba, another drama by Hania Amir, is nearing its conclusion and is one of the most watched dramas. 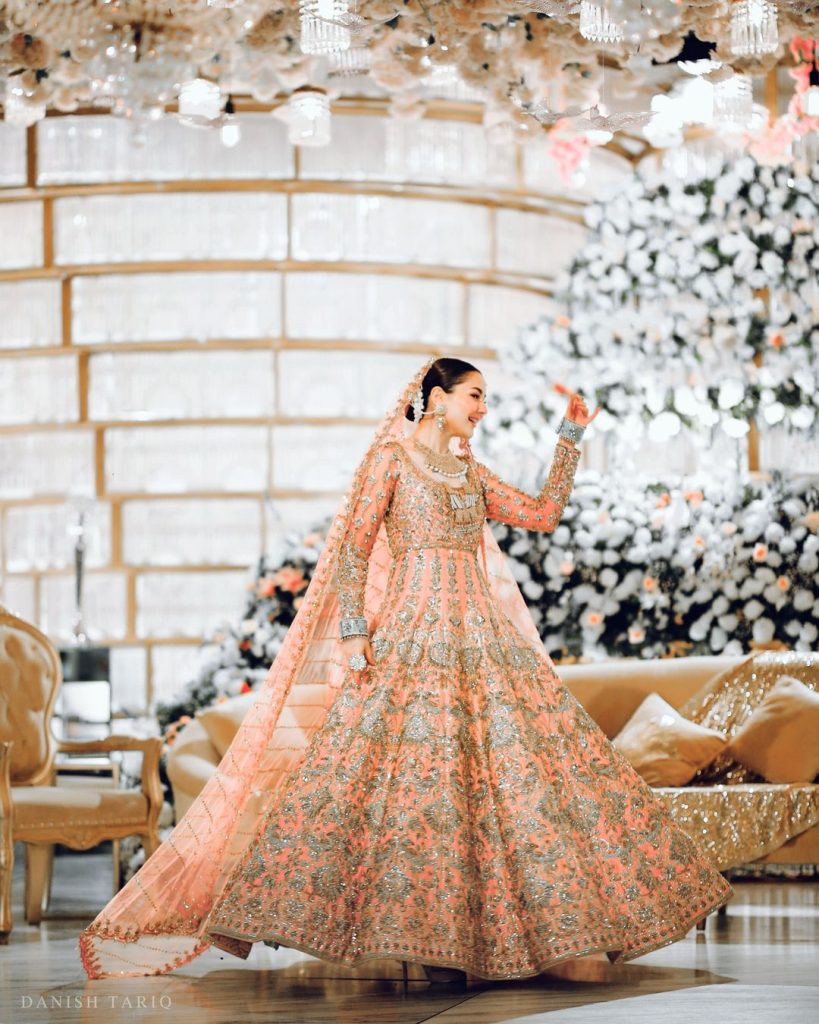 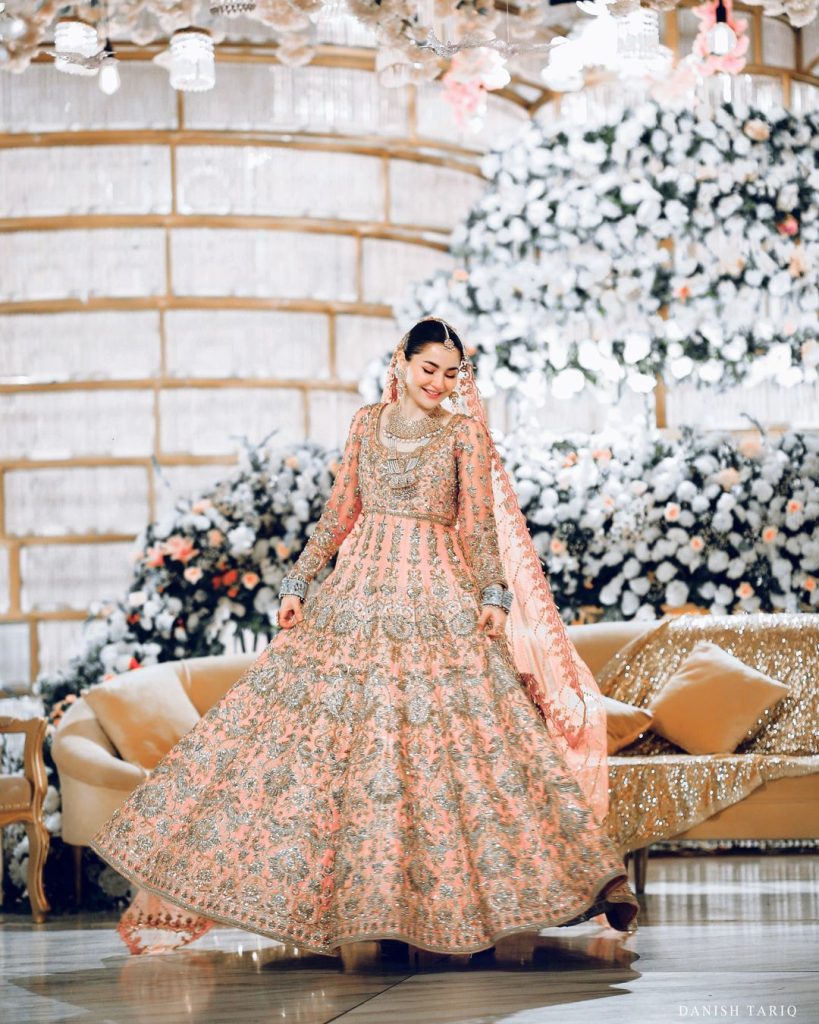