Showbiz Stars came out in support of Imran Khan and PTI.

Pakistani politics is currently boiling over like a pressure cooker. Both the administration and the opposition are playing their cards, and political shouts can be heard throughout the capital, Islamabad. Prime Minister Imran Khan is holding a big Jalsa with the theme “Amar Bilmaroof” in Islamabad. 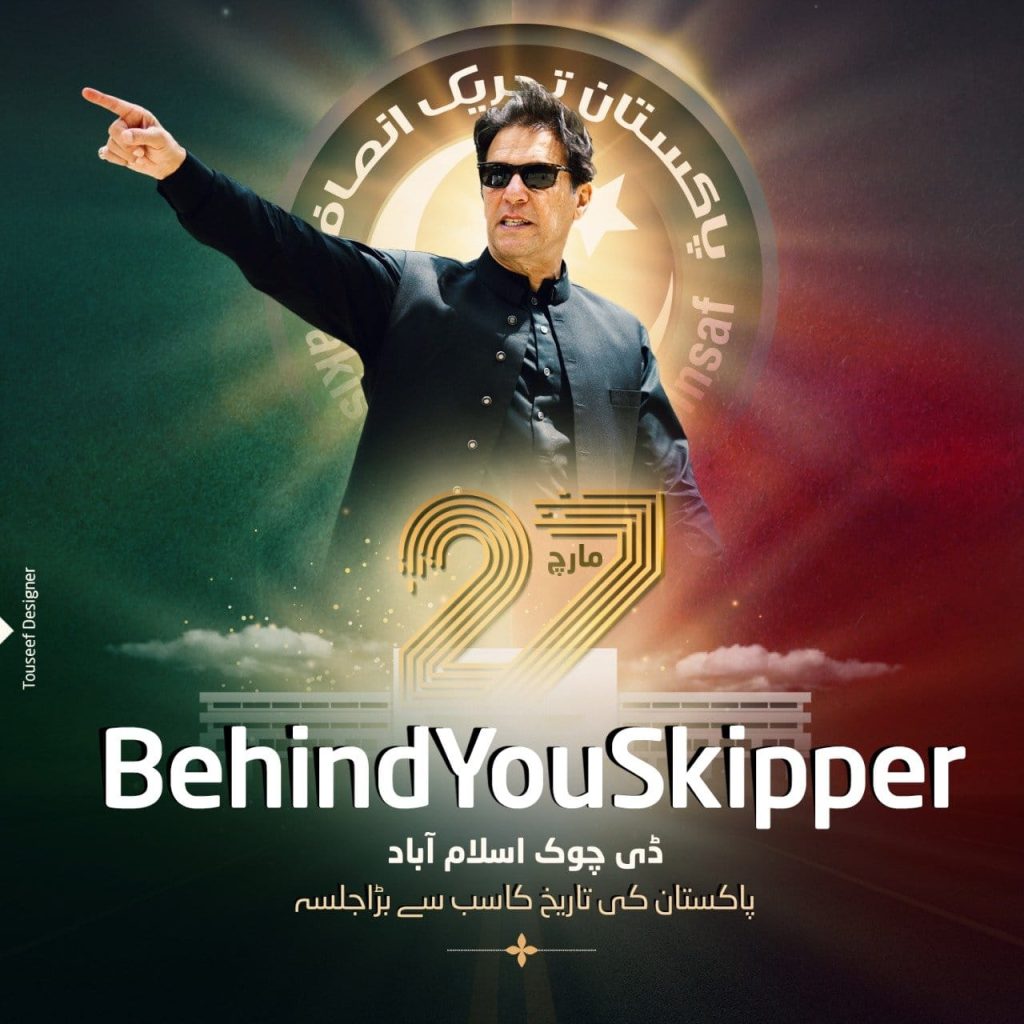 Humayun Saeed tweeted in favor of Imran Khan, and wrote, “Have been a fan of Imran Khan since he was a sportsman and still an admirer of his leadership. I wish and pray that he completes his tenure. May Allah bless him #AmarBilMaroof” 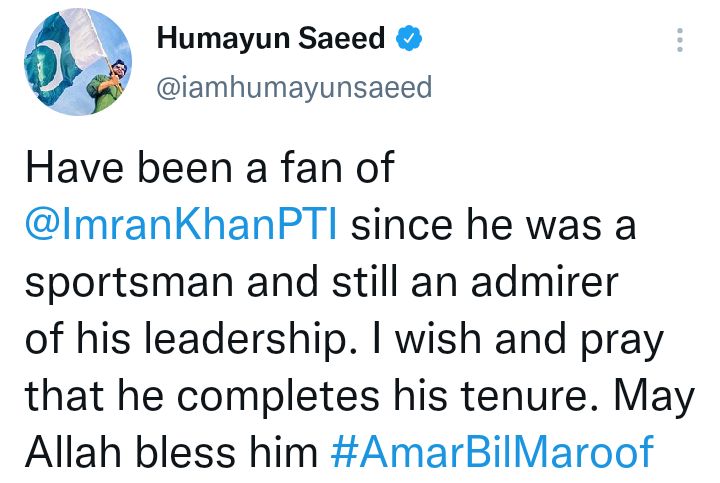 Shaan Shahid, like any other, also did not hesitate this time to share his opinions on the tweeter. 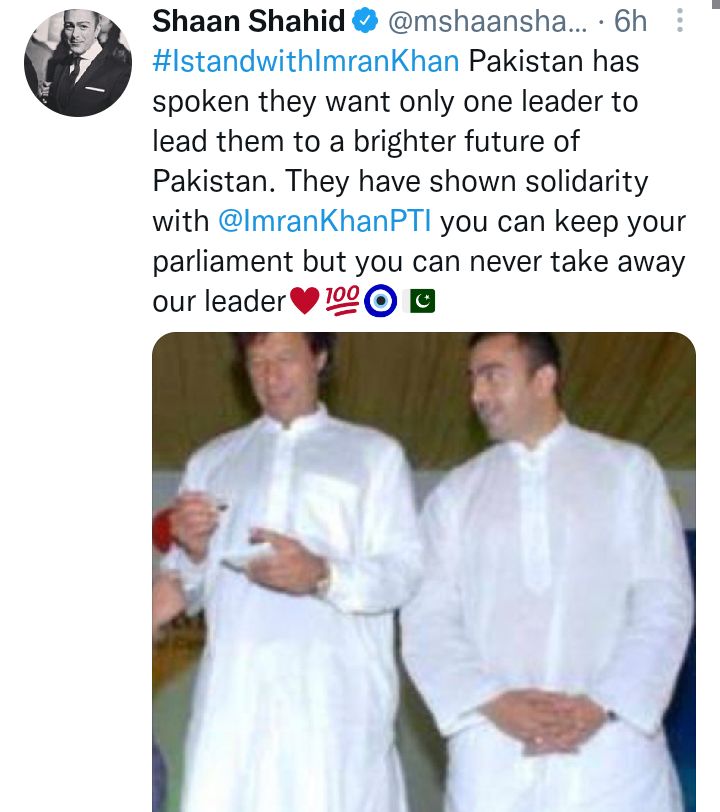 Haroon Shahid and Imran Abbas posted their photos, attending the Jalsa of PTI in Islamabad. 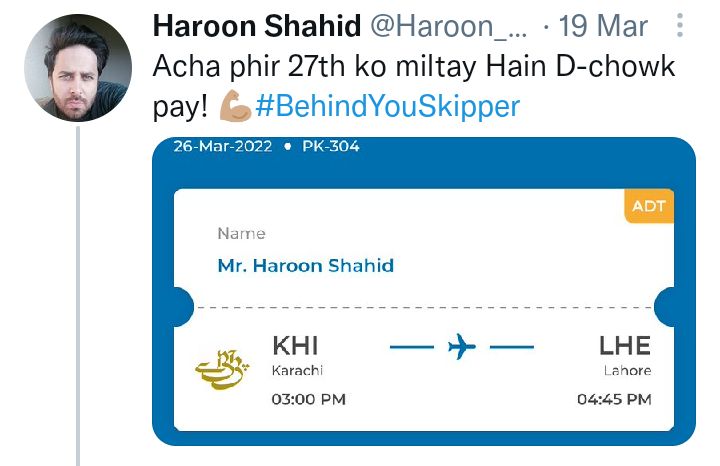 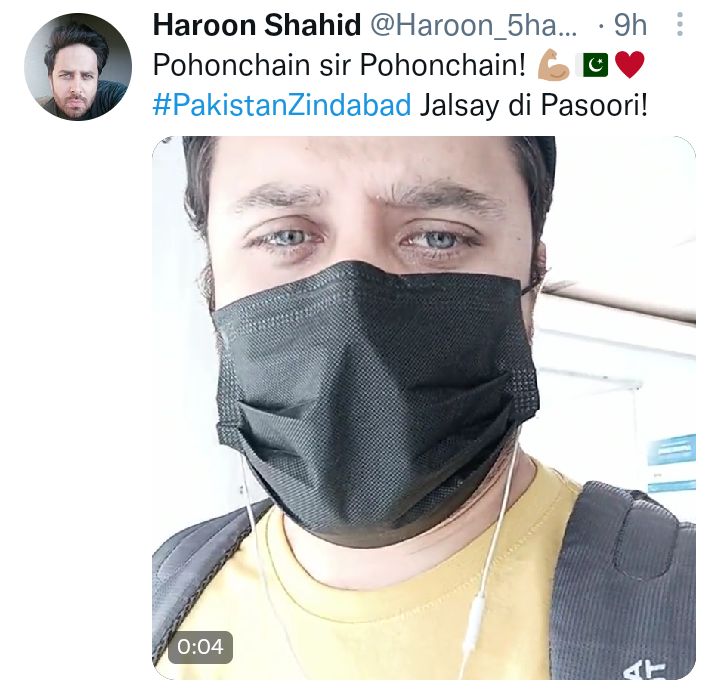 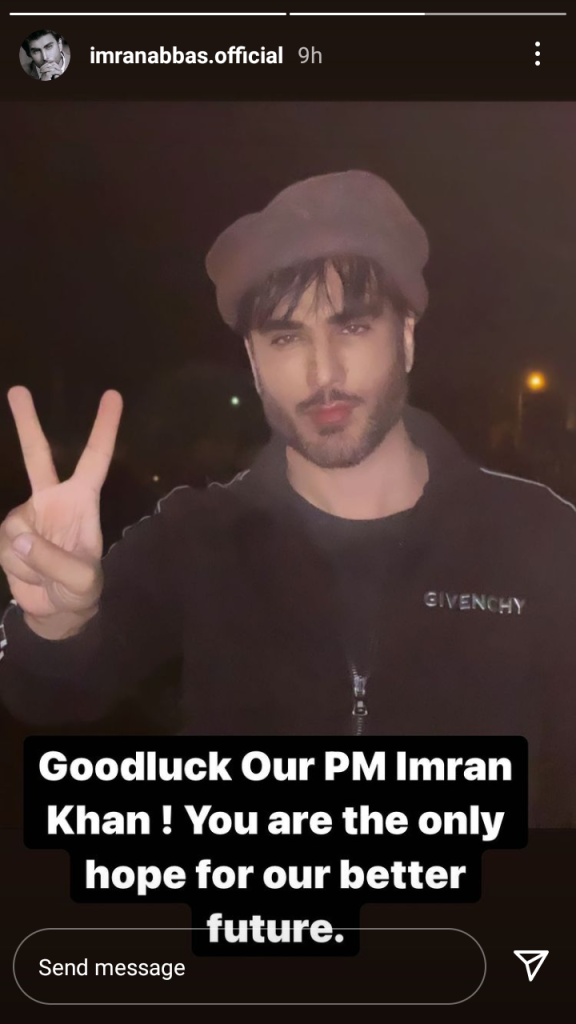 Ahmed Ali Butt, Khalil ur Rahman Qamar, Bilal Qureshi, and others also posted in favor of Prime Minister Imran Khan and his party. Everyone wished IK and his party the best of luck! 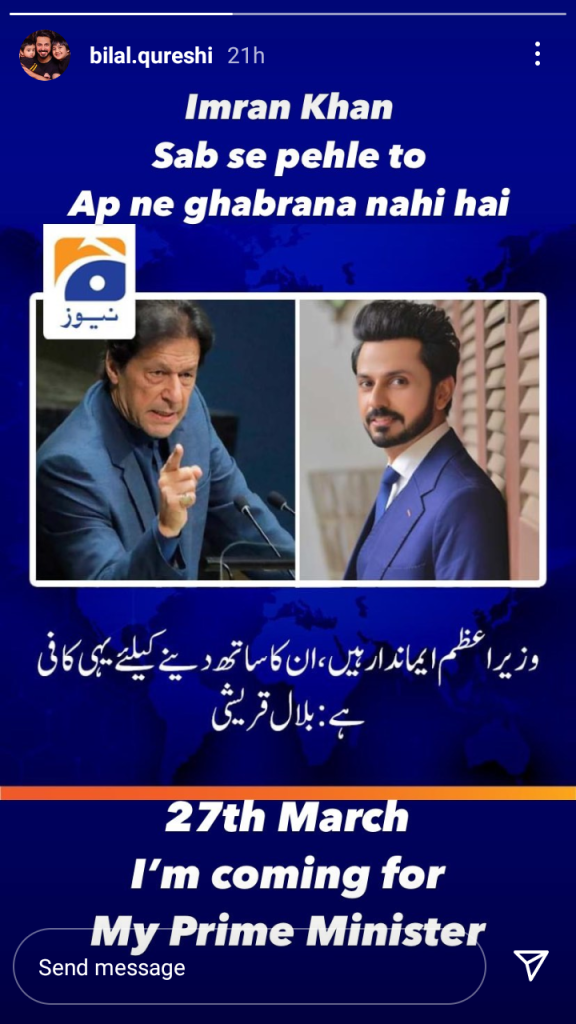 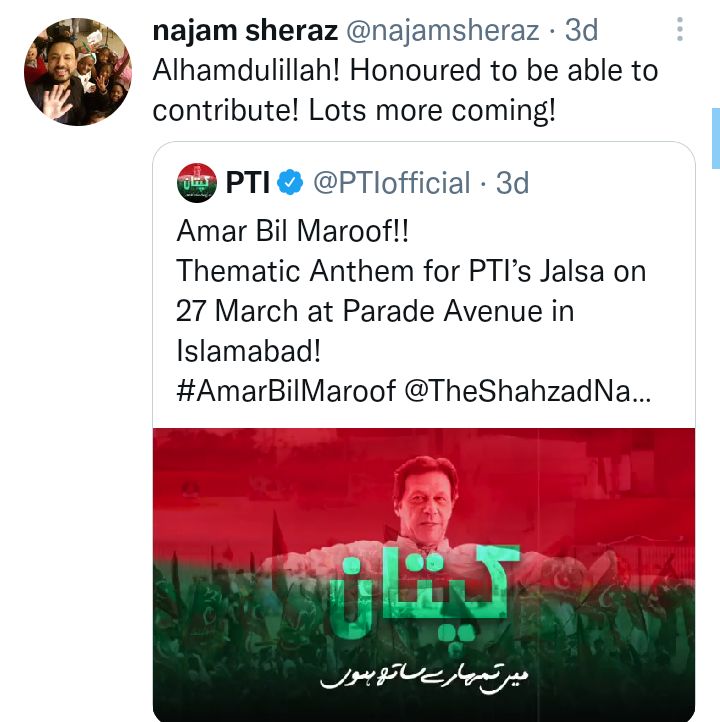 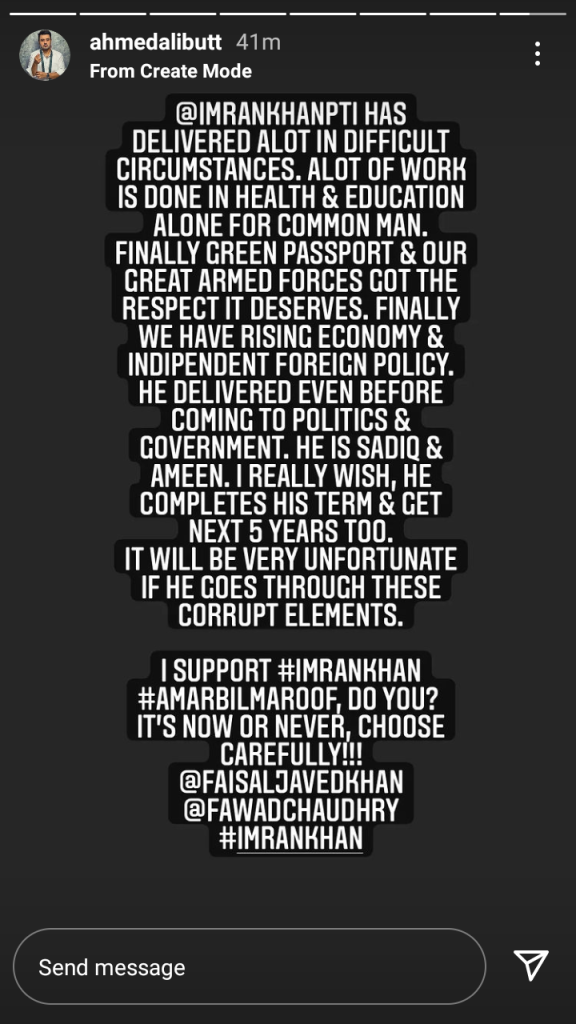 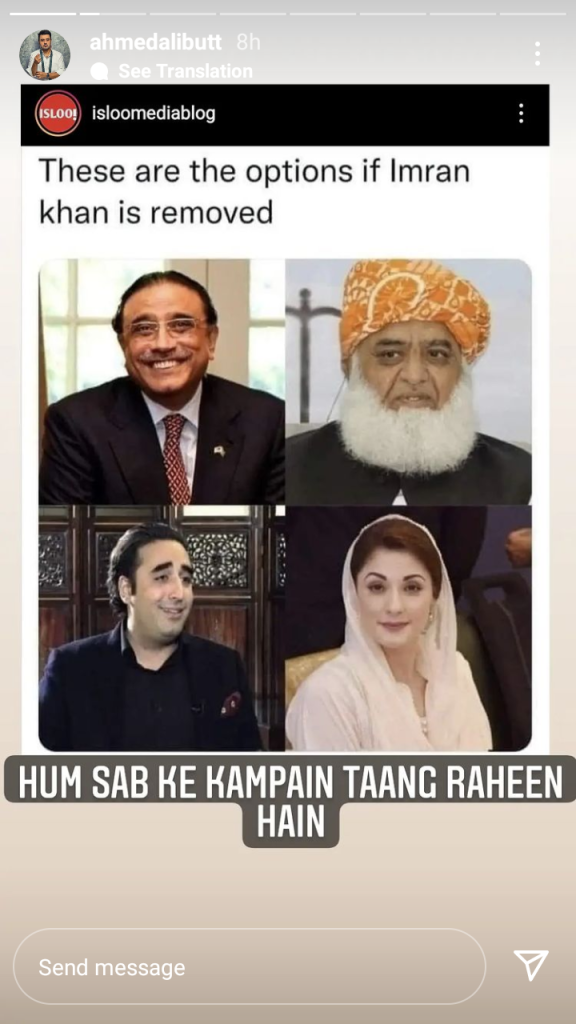