Beautiful photos of Aisha Khan with her husband and daughter at a wedding event.

Ayesha Khan is a stunning Pakistani actress with a bright future. “Mehndi,” “Shak,” “Man Mayal,” “Wo aik Pal,” and “Khuda Mera bhi hey” are among her most well-known dramas.

After marrying Major Uqbah Malik, Ayesha Khan left the industry. The stunning actress is now the proud mother of Mahnoor, a gorgeous daughter with whom she frequently shares photos on social media. Ayesha Khan’s images with her adorable baby child have a lot of fans. 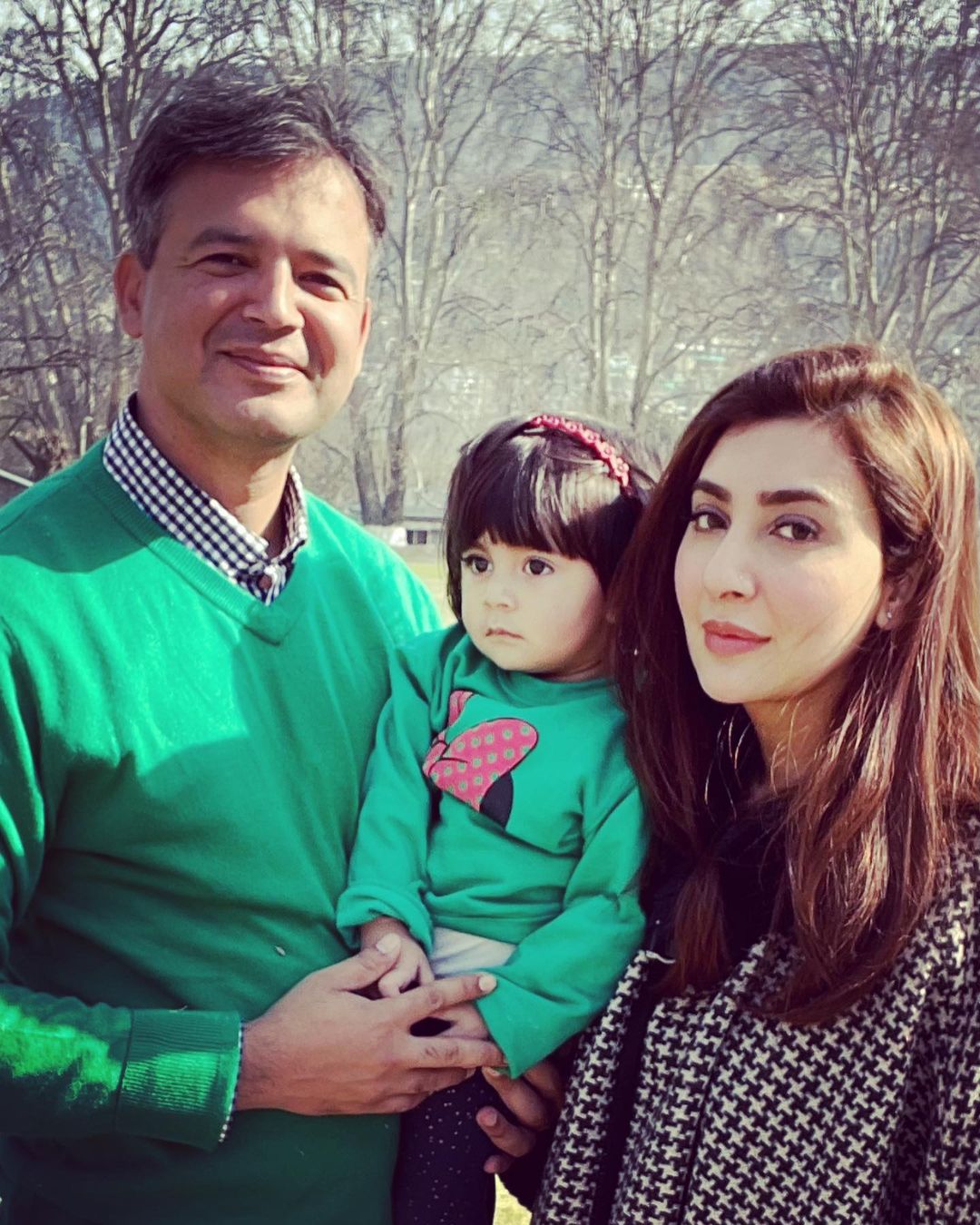 Ayesha Khan was recently seen at a family wedding with her husband, Major Uqbah Malik, and their daughter. In addition to Ayesha’s stunning appearance at the wedding, her daughter is also capturing the hearts of admirers. Here are some sweet photos of Ayesha Khan with her family. 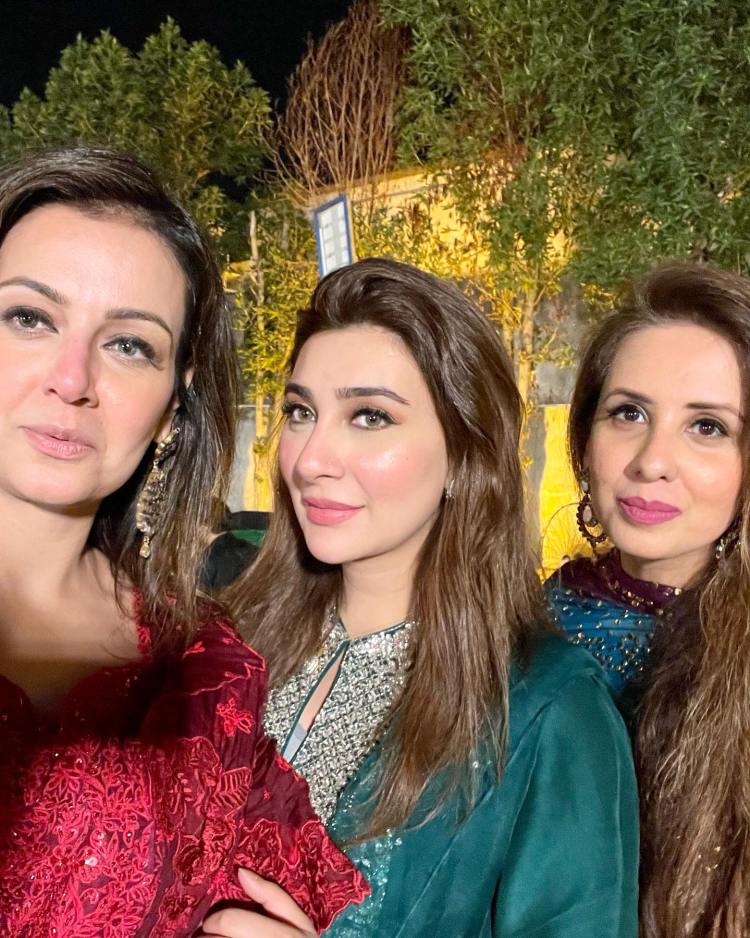 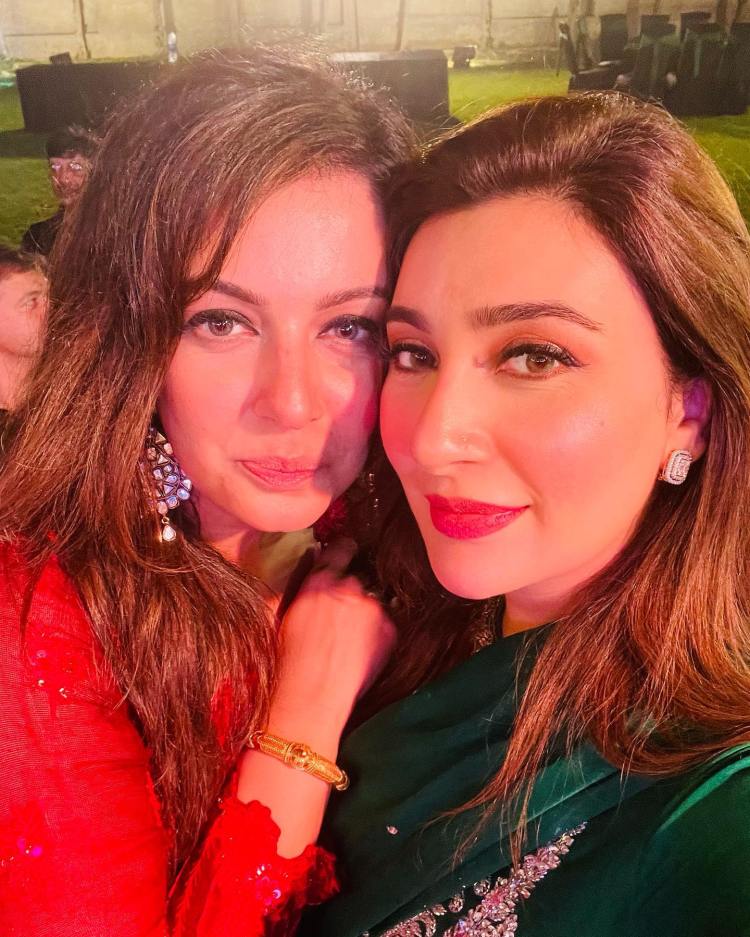 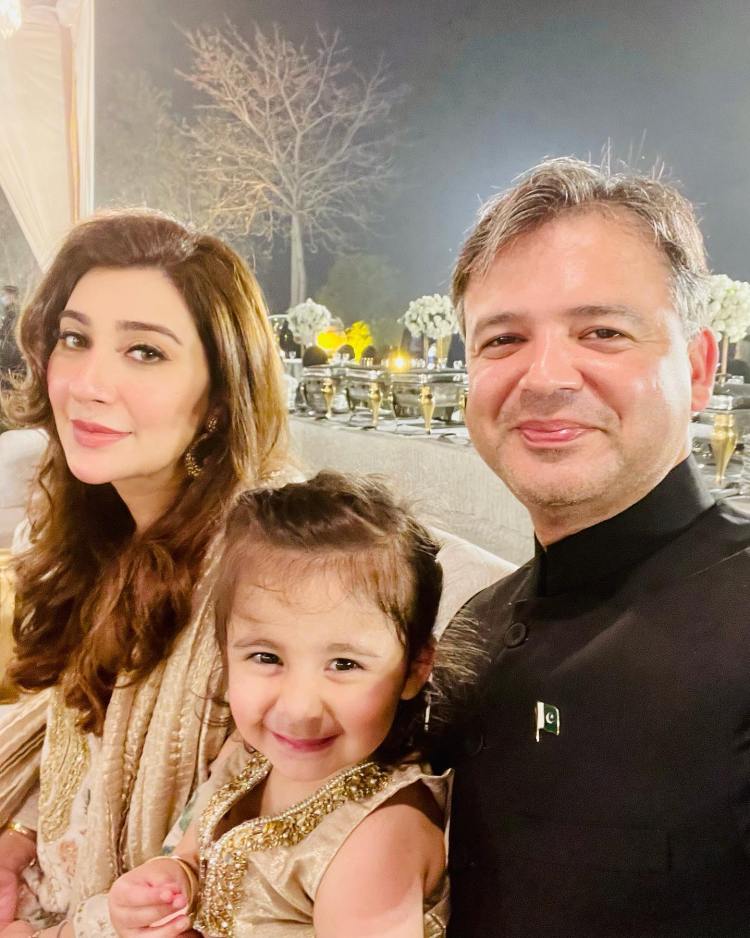 Aisha Khan married Major Uqbah Malik and has since retired from show business. Mahnoor Uqbah Malik, the couple’s gorgeous daughter, was born to them. Let’s have a look at some more stunning photos of Aisha Khan with her husband and children at a wedding. 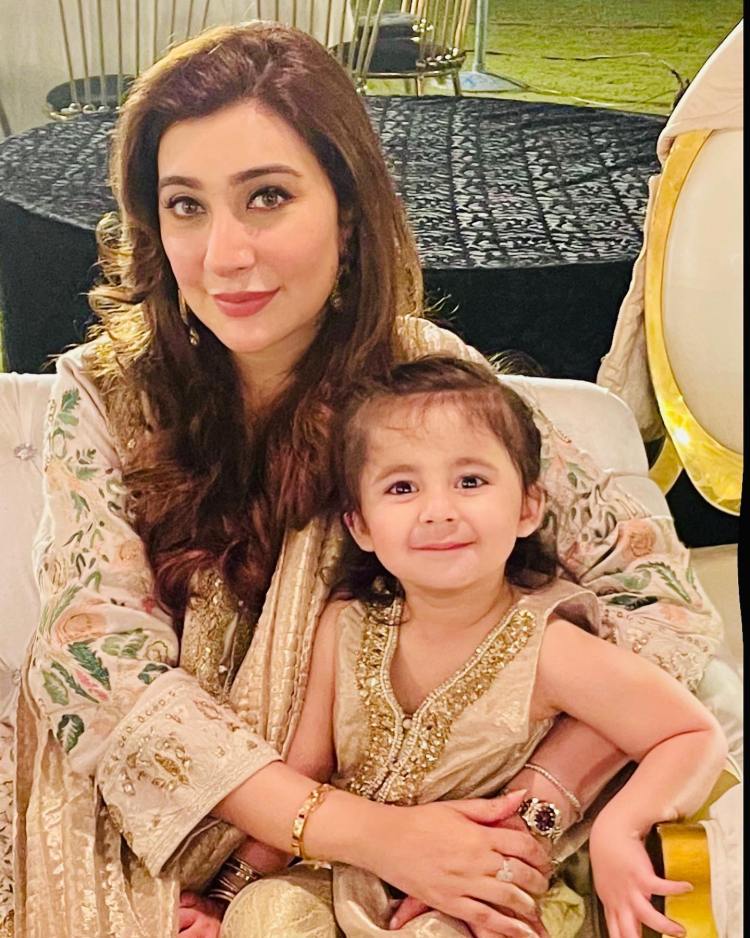 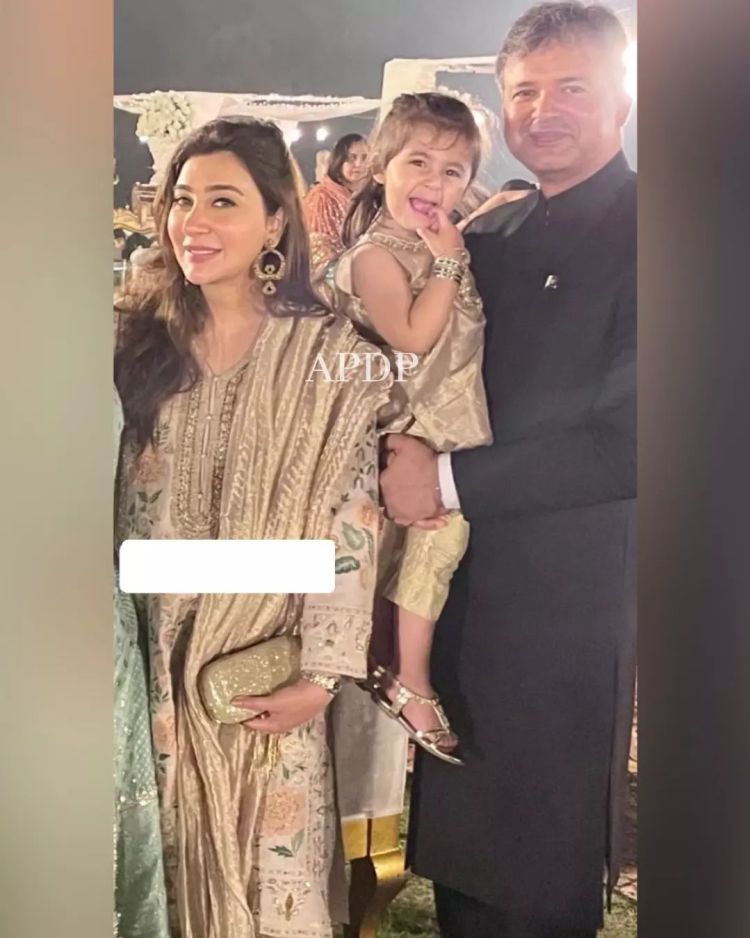