Aiman Khan and Muneeb Butt are on their way to Dubai for vacation.

Aiman Khan, a stunning actress, and Muneeb Butt, a dashing actor, constitute a charming celebrity couple, and their fans adore them. On Instagram, both of them have a sizable following of Pakistani actors.

Muneeb Butt and Aiman Khan are all set for a holiday in Dubai. Aiman Khan and Muneeb Butt recently uploaded photos from their trip to Dubai with their adorable daughter, Amal Muneeb. Aiman Khan also released a video of Amal Muneeb conversing with an airline flight attendant. 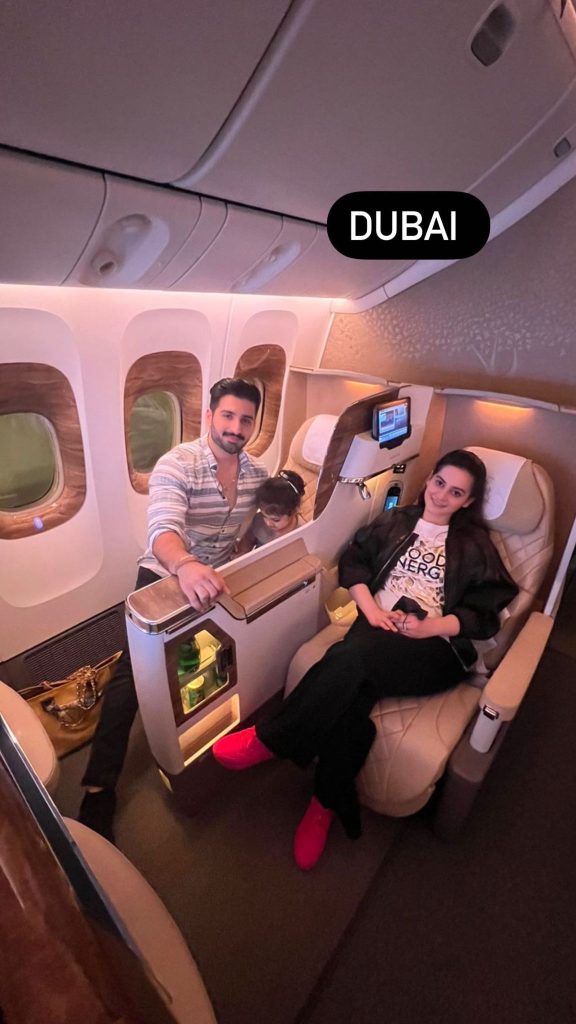 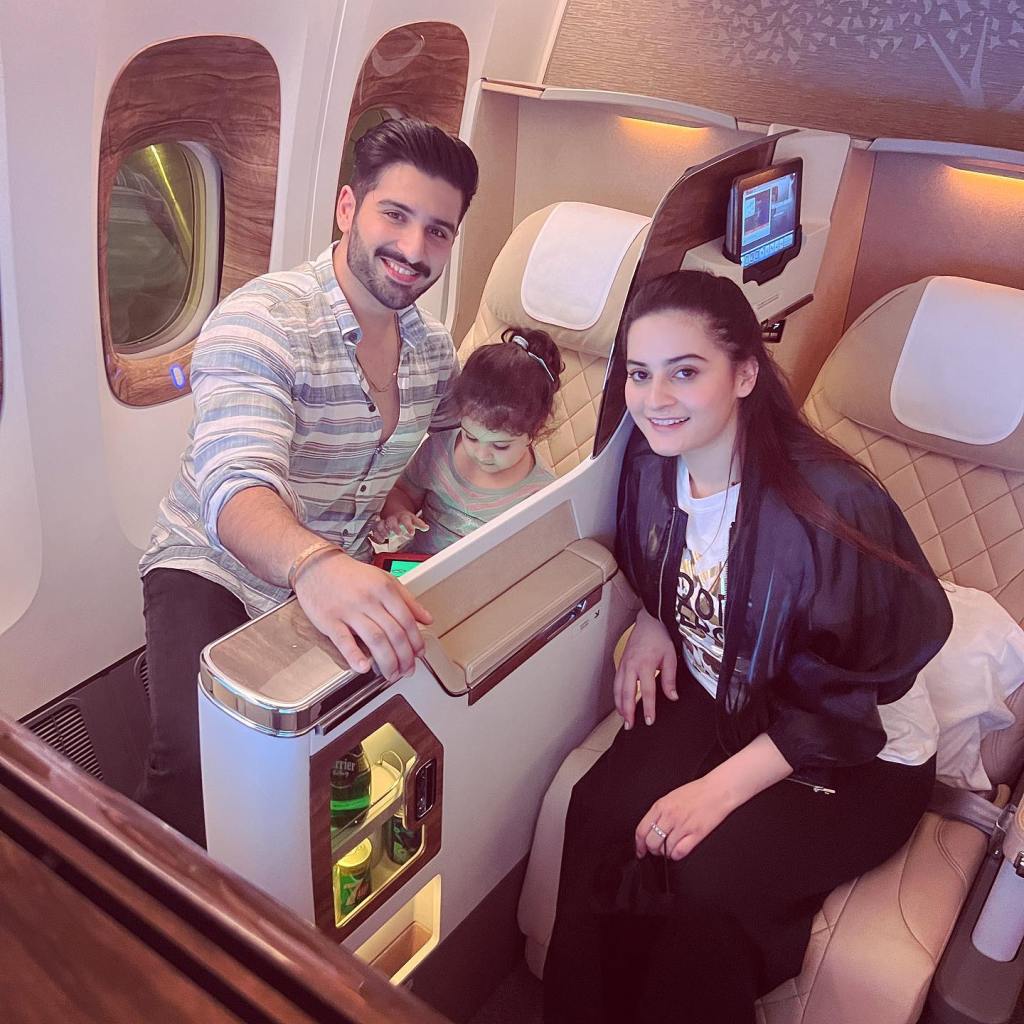 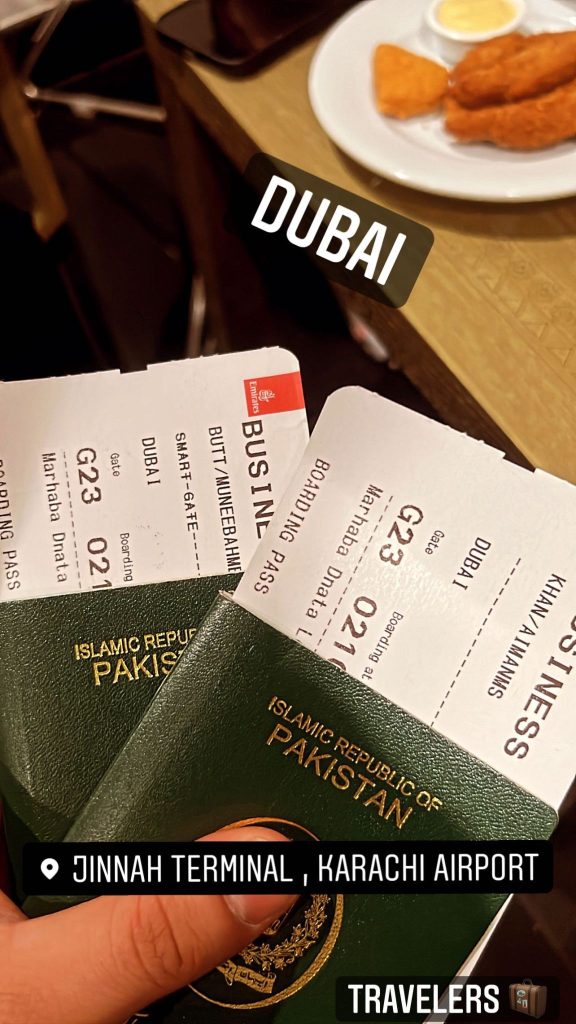 Muneeb Butt is now starring in Ary Digital’s “Yeh Na Thi Hamari Qismat ” alongside Hira Mani, Noor Hassan, Aiza Awan, Saba Faisal, and others. This drama first aired in January and has since gained popularity and great ratings. Aiman Khan’s most recent drama was Bandi, and she hasn’t worked in a drama since the birth of her baby. 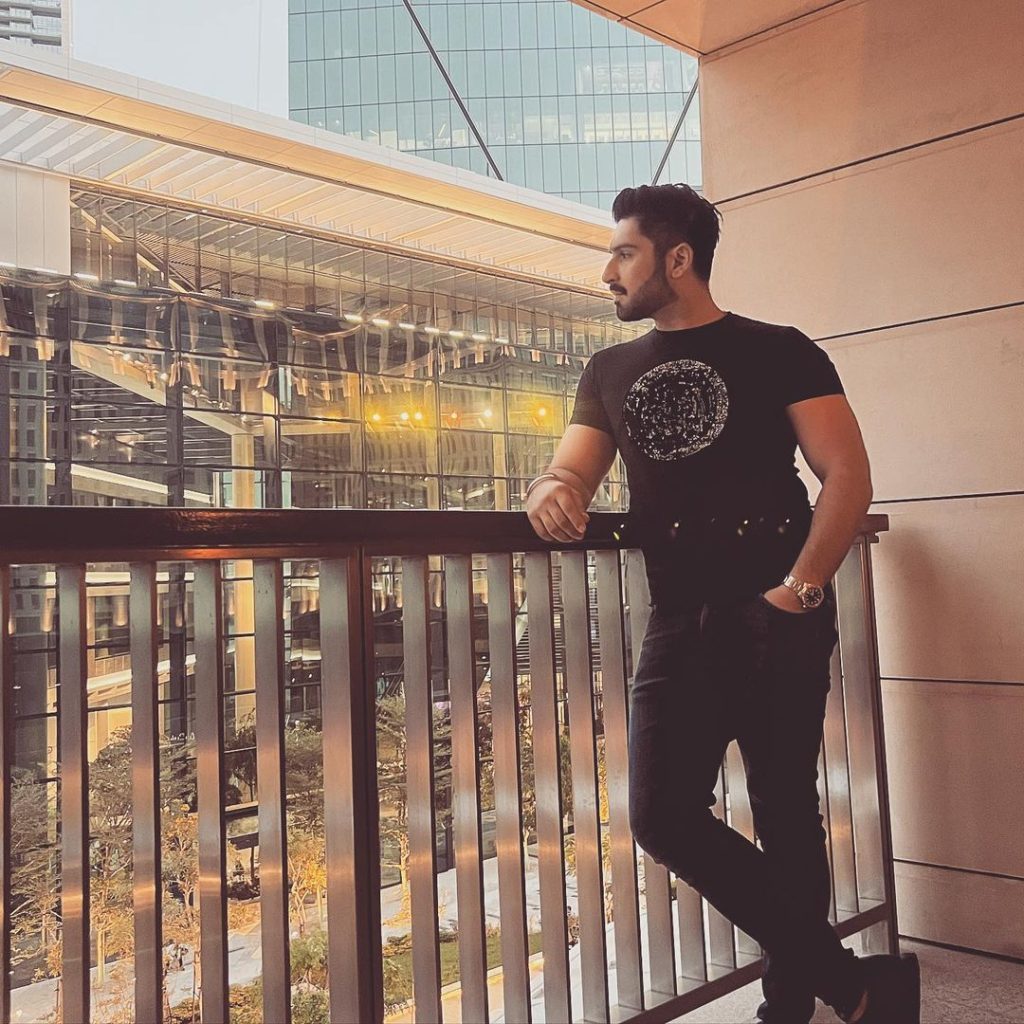 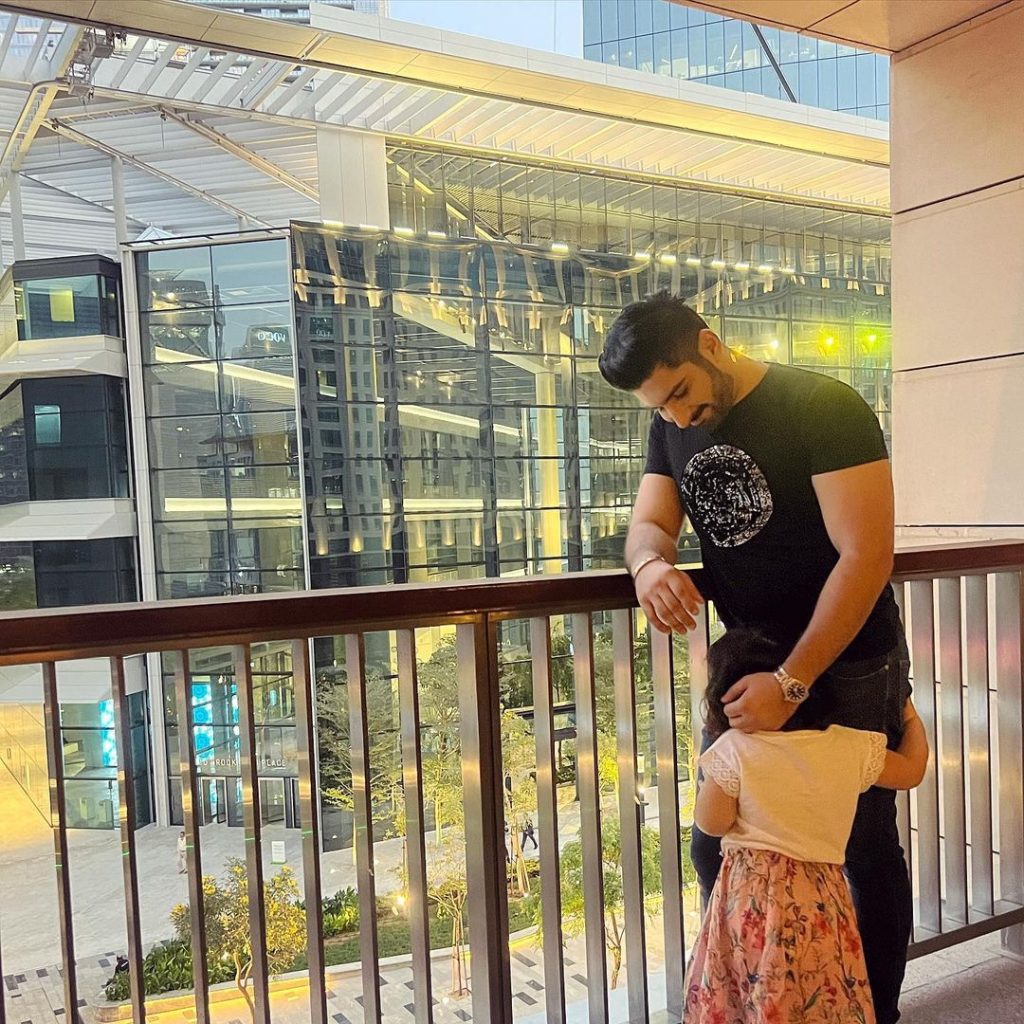 In 2018, the most adored celebrity couple got married. Amal Muneeb is their adorable daughter. The couple enjoys taking vacations and spending time with their family and friends, as well as exploring new and beautiful destinations. They also share photos with their supporters. The pair are taking a different vacation this time. 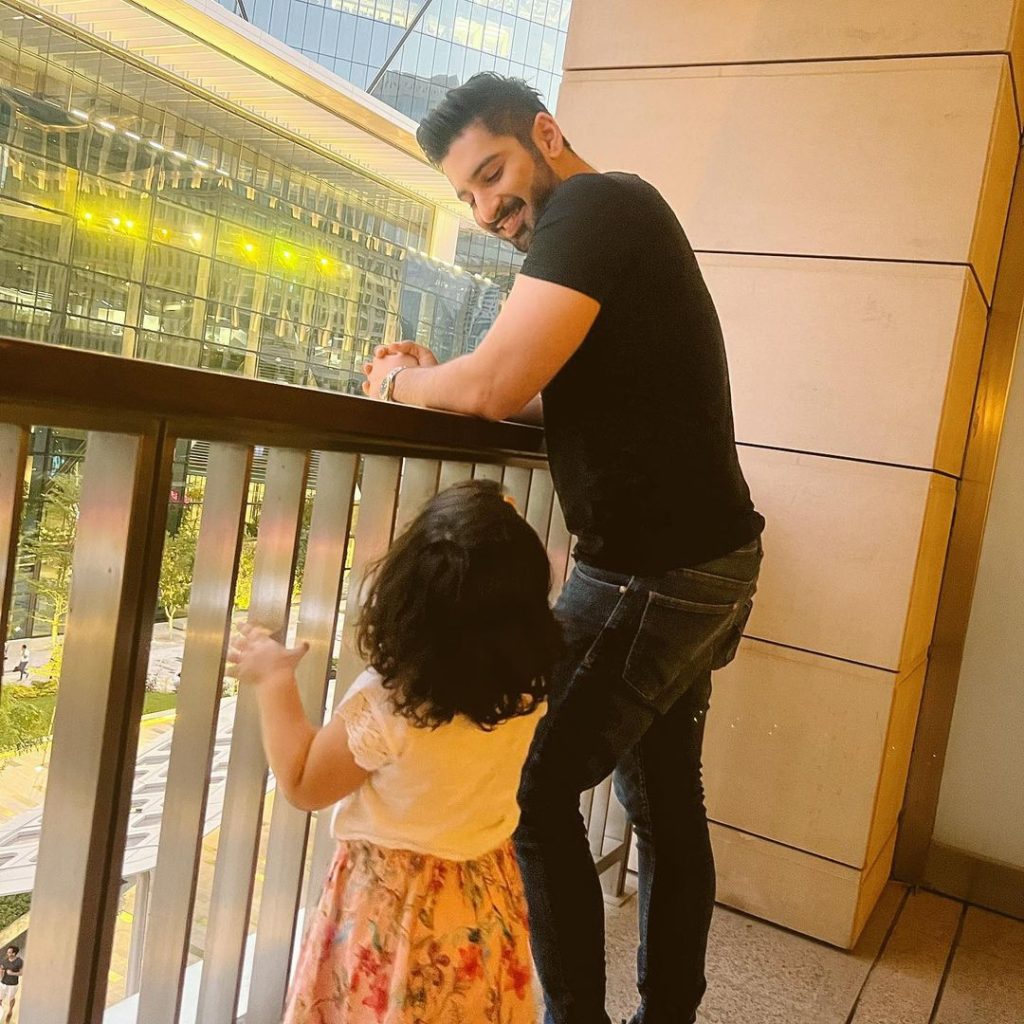 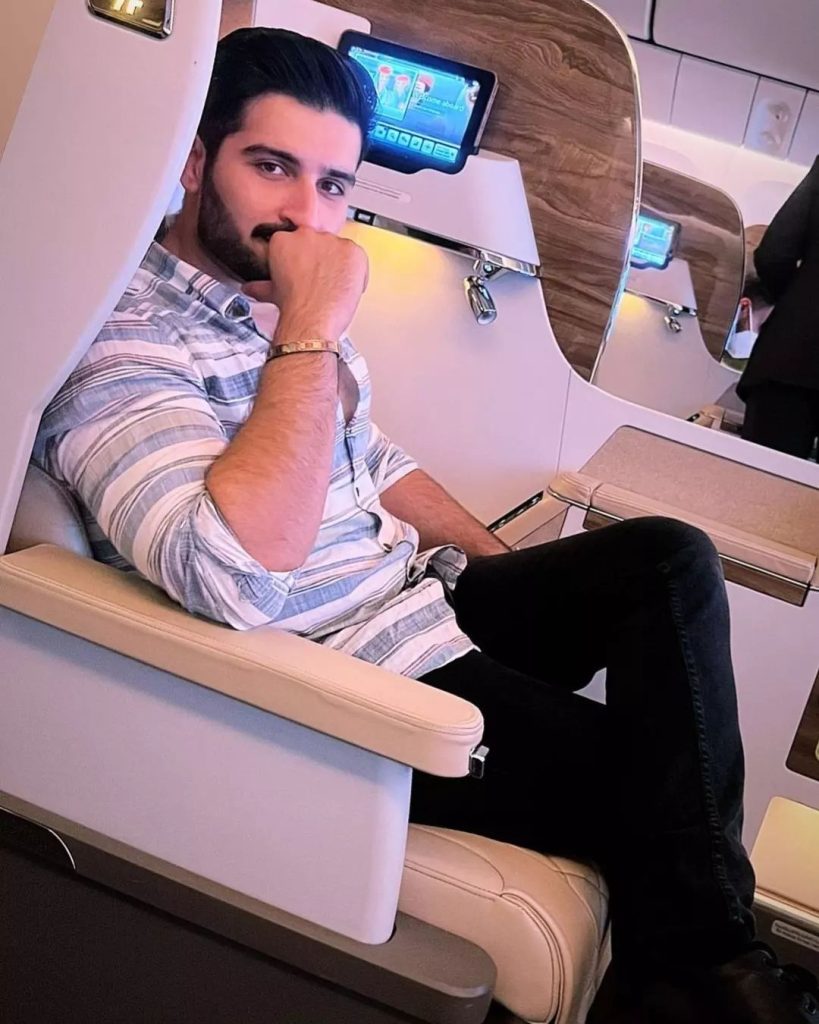 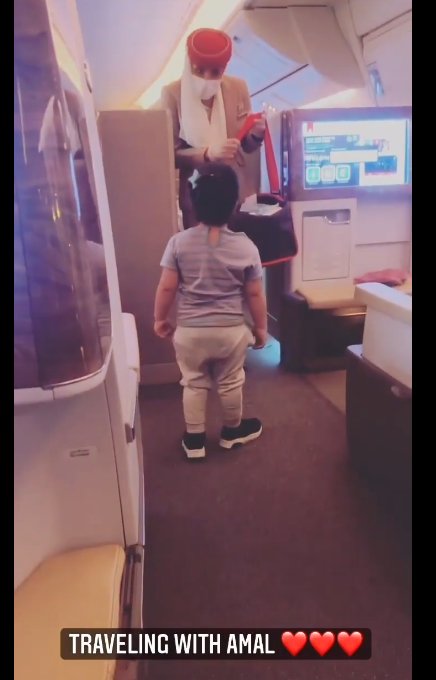 Aiman Khan began her acting career at a young age and has since performed in many plays before taking a break. We recently saw her in Hum TV’s Baandi, but her big social media following sees her sharing her fashion and family moments. Aiman Khan is one of Pakistan’s most popular Instagram superstars. 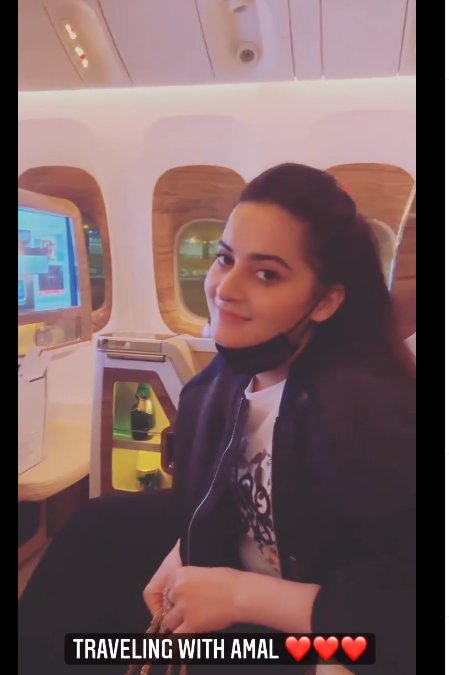 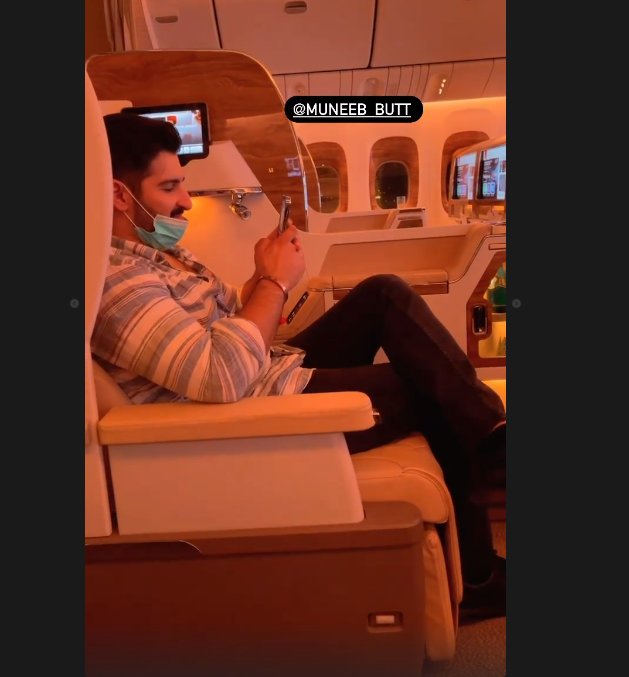