Latest photos of Hira Mani wearing a saree with a T-shirt.

Hira Mani, a well-known Pakistani actress, has been chastised for appearing on a TV show while dressed in a saree and a T-shirt. Hira Mani, along with her co-stars Muneeb Butt and Aiza Awan, appeared on Nida Yasir’s Morning Show to promote our upcoming drama. 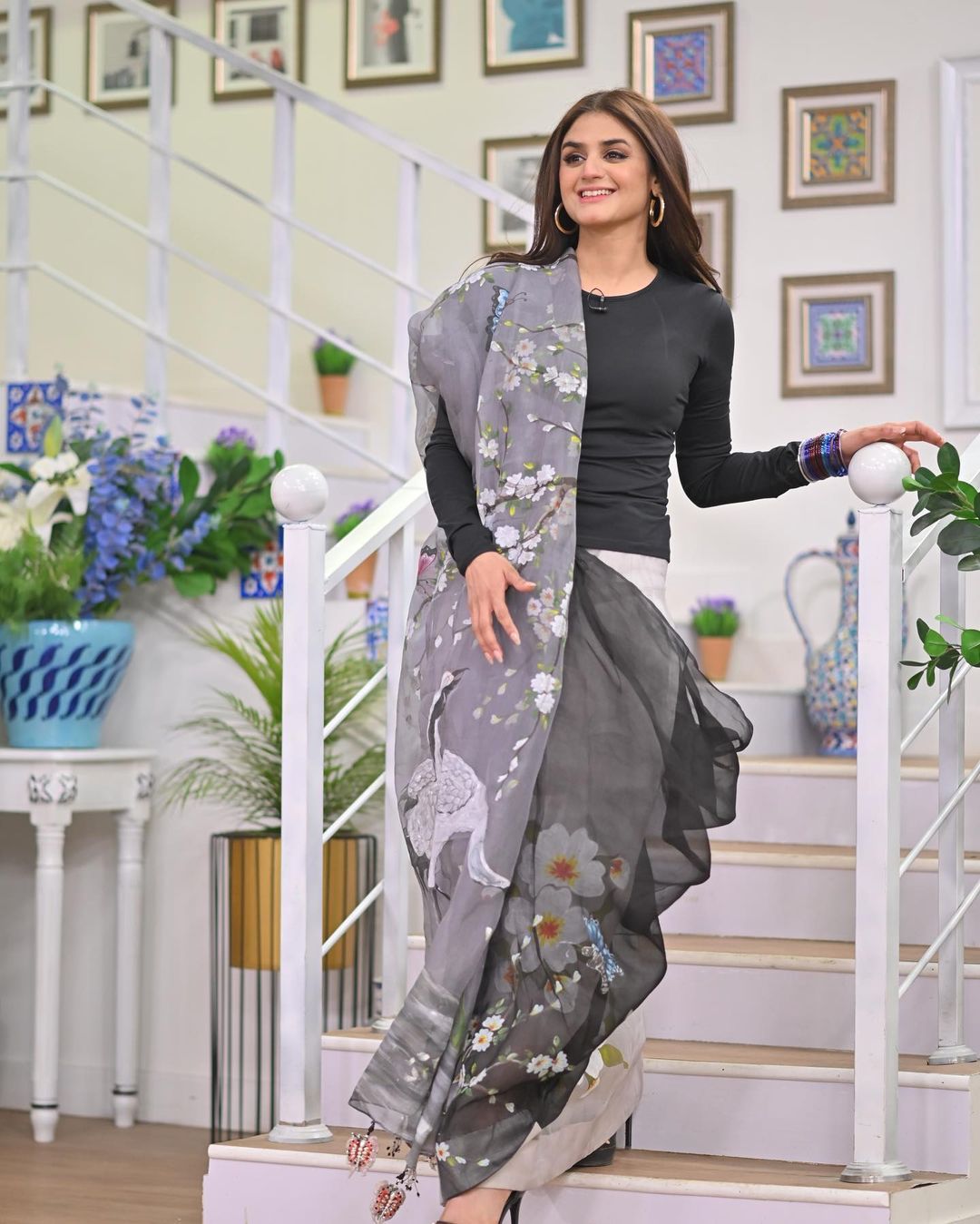 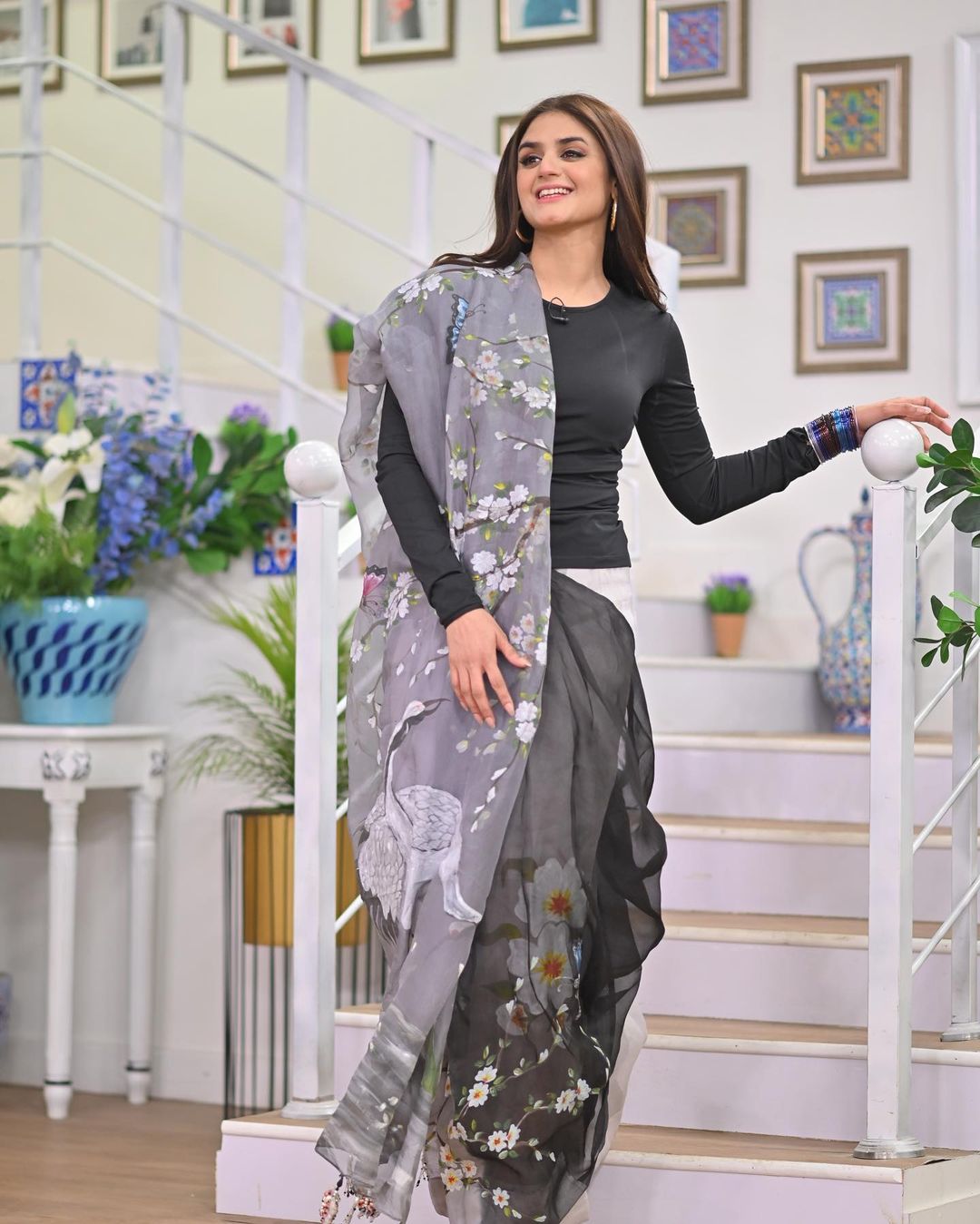 Hira Mani wore a black T-shirt and a sari to the event, and she also posted images of the outfit on Instagram. Because of her outfit, Hira Mani has been accused of not knowing how to dress. She is free to wear any type of outfit at any moment. Some of her followers, on the other hand, applauded her for her new style. 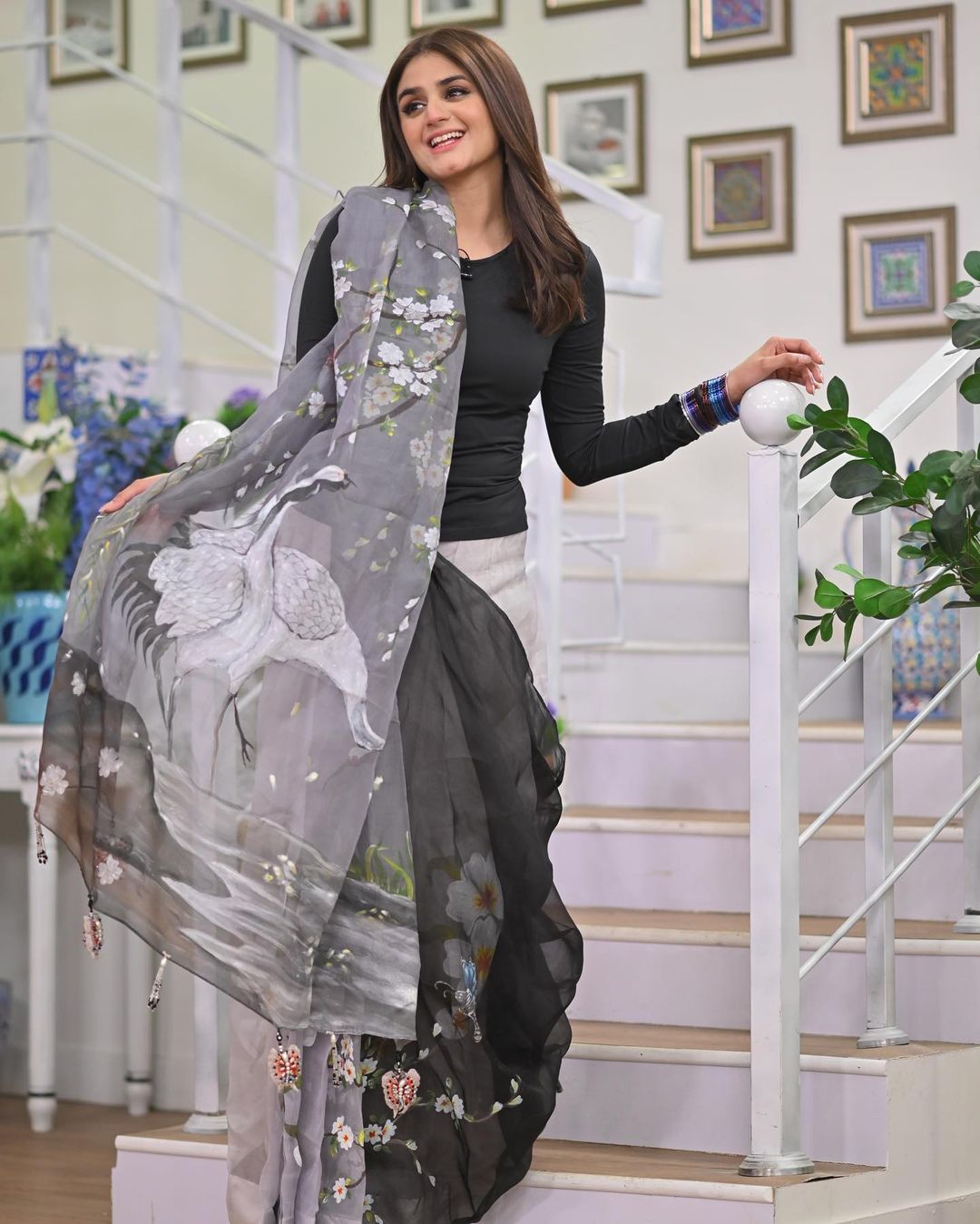 Hira Mani, an actress, has stated why she wears a T-shirt with her saree. The actress was a guest on Geo News’ Jashan Cricket yesterday, and she recently talked about wearing a T-shirt over a grey saree on a private TV show instead of a top. 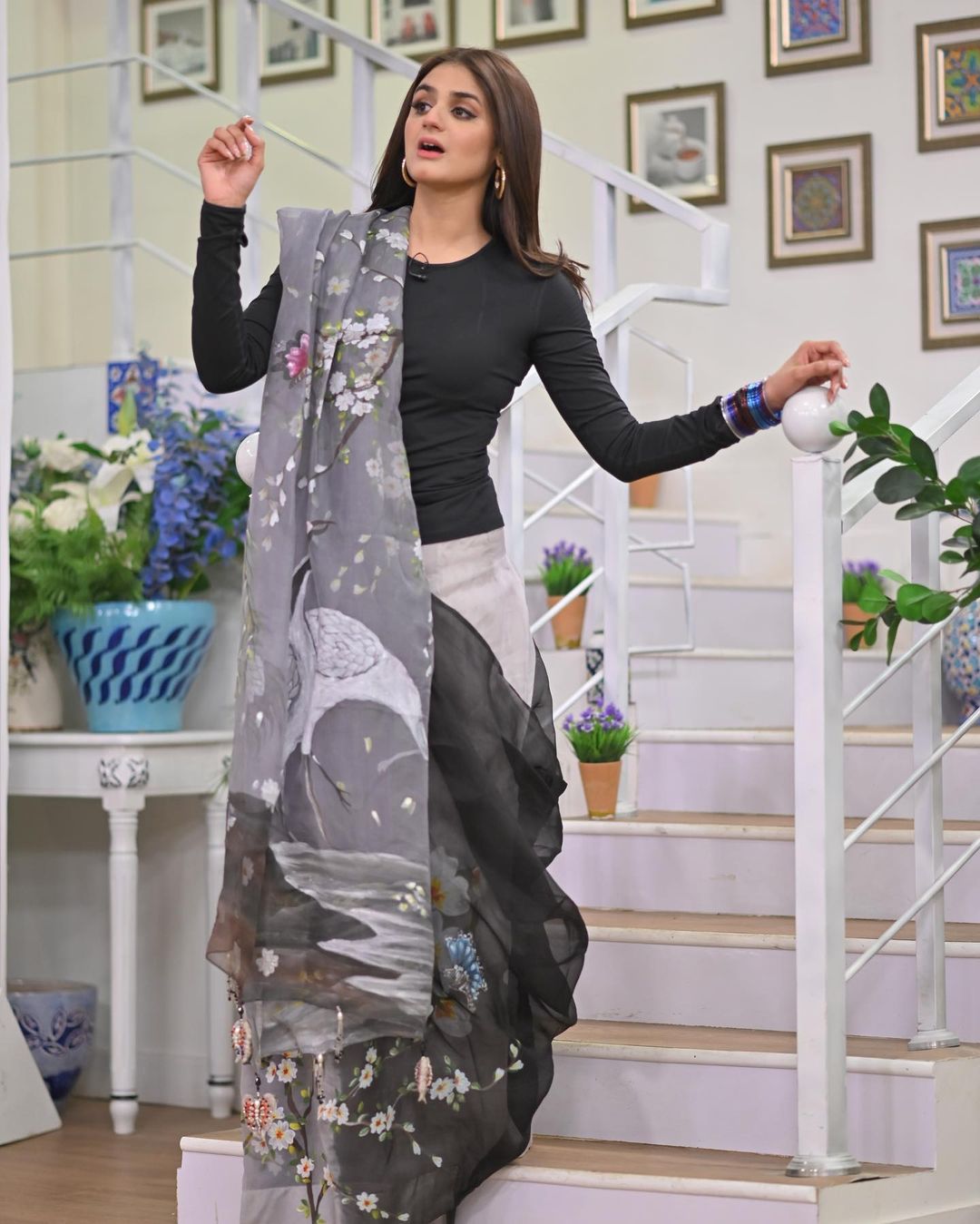 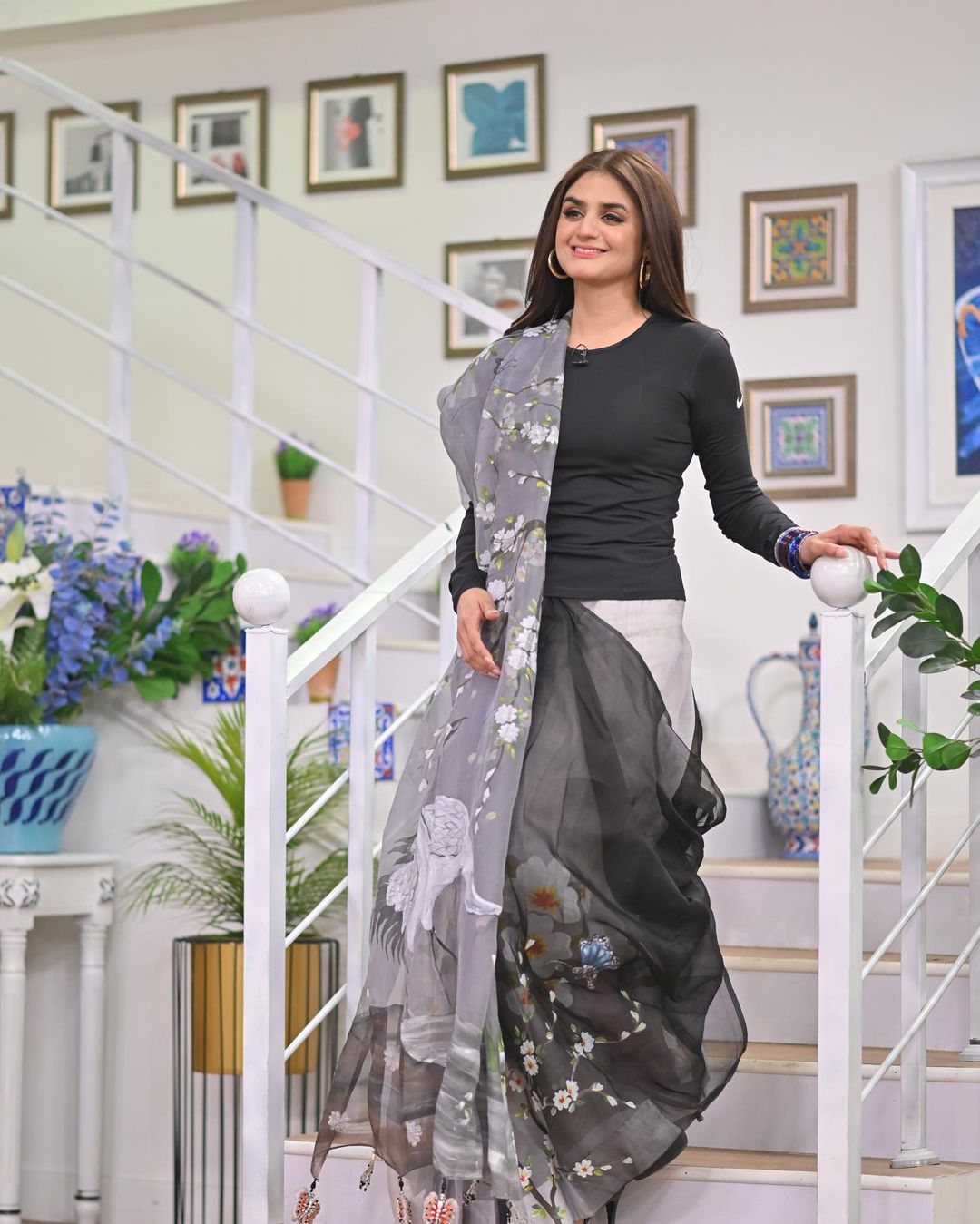 The actress had previously stated on a private TV show the designer had brought her this saree in the morning, but she did not like the fit of the blouse, so she wore it with her nightdress t-shirt. However, Mani stated on the television that Hira’s t-shirt was his gym T-shirt, which Hira wore over her saree. 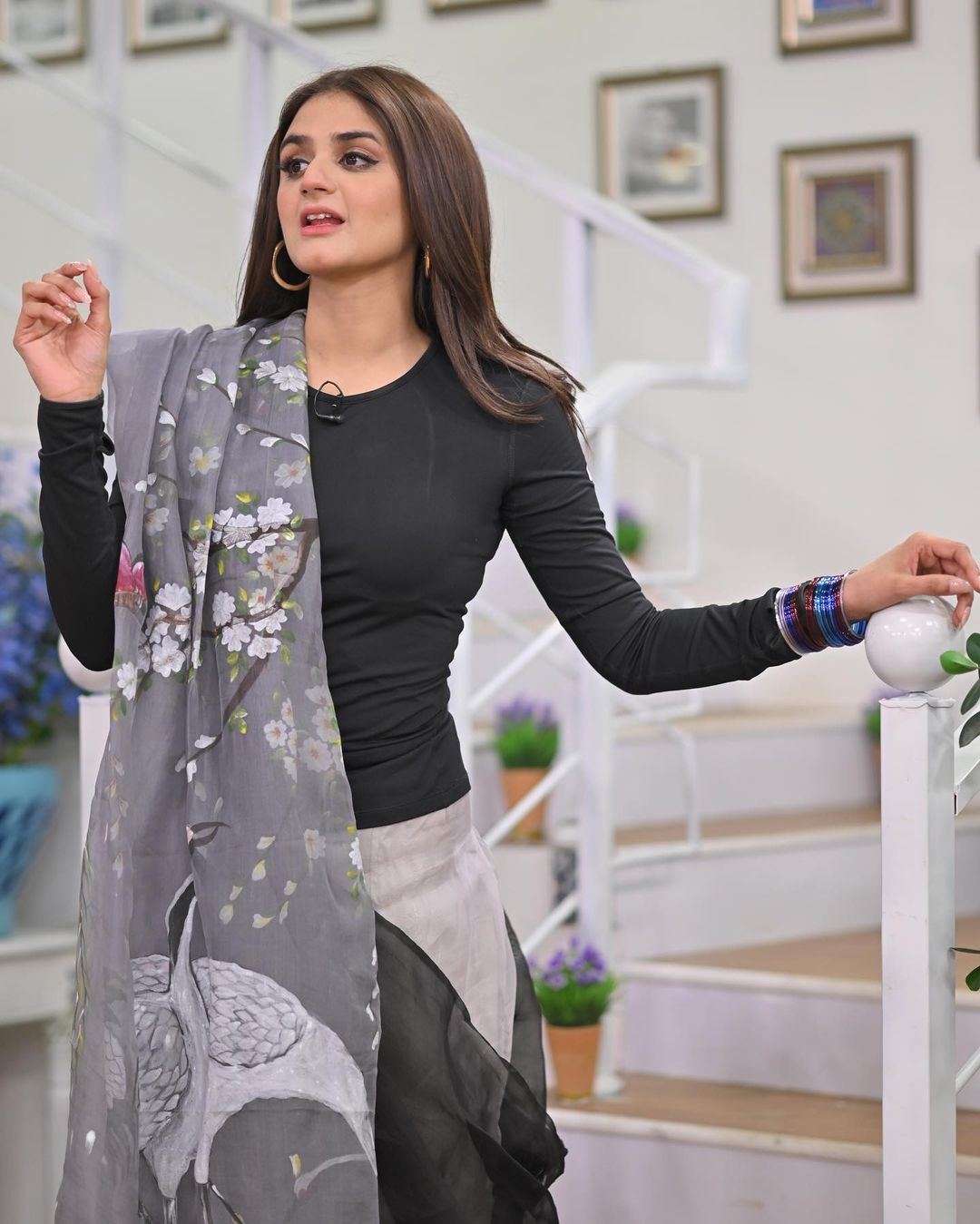 Hira Mani claimed the shirt was Mani’s old clothing from when he was very thin, and that it was a poor shirt. “I’ll keep experimenting in this manner.” Hira explained, “I like to pair a saree with a T-shirt.” 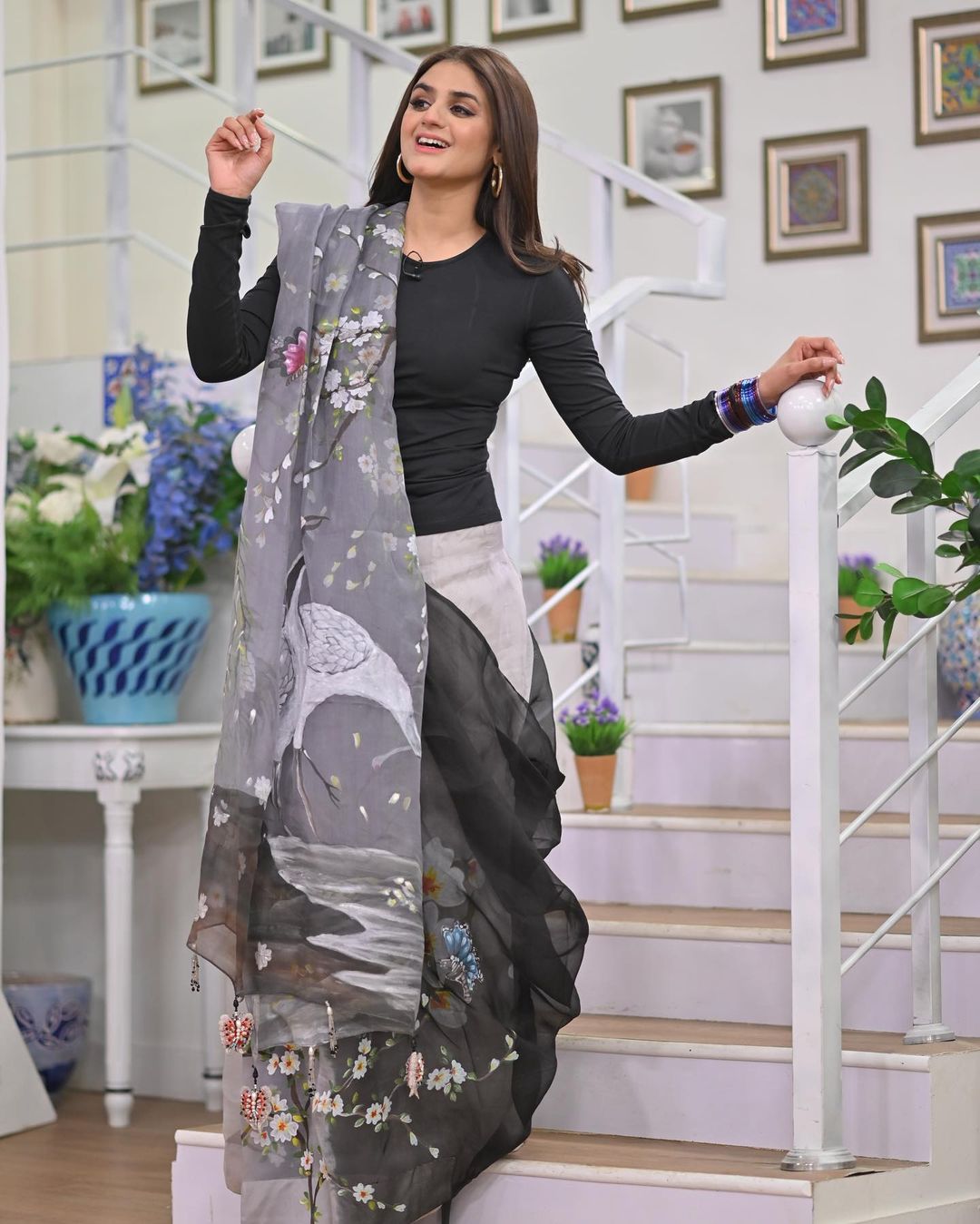 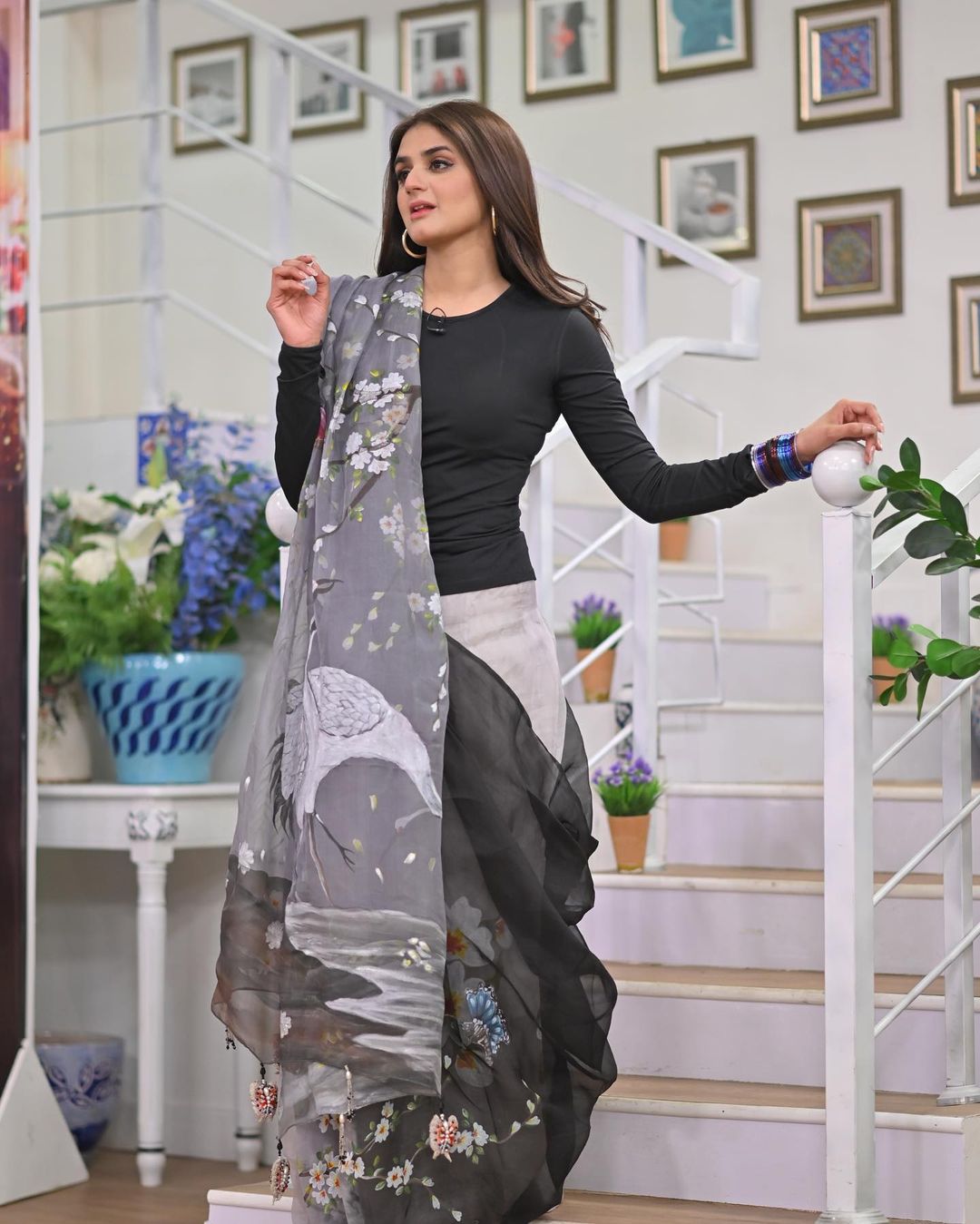