The Pakistani public is not a lover of provocative clothing, and they frequently condemn any Pakistani actress who dares to wear something revealing. Ushna Shah is the most recent actress to catch the attention of the internet. Ushna Shah was seen with Sonya Hussyn at the Kidney Centre Brunch.

Since the beginning of her career, Ushna Shah has achieved international renown. Shah is a well-known actress who has been in several dramas, including Alif Allah aur Insaan, Lashkara, Bashar Momin, and others. Ushna Shah is known for being a fearless and forthright actor who believes in speaking her mind and never hesitates to express herself.

With Parizaad, the internet mocks Ushna Shah’s bold black dress. Ushna Shah, who looks stunning in a dramatic black gown, recently released intriguing photos from her shoot. In a long black dress with a thigh-high side split, she looks scorching. Netizens were quick to criticize the Cheekh actress for her wardrobe choices, as expected.

Ushna Shah is a Pakistani actress who appears in Pakistani dramas. Her most well-known project was Bashar Momin, a hit drama that aired in 2014. She is the sister of Irsa Ghazal and the daughter of actress Ismat Tahira. She had several well-known productions after her acting debut, including Alif Allah aur Insaan, Lashkara, and Balaa.

She tried her hand at films after earning a name for herself in TV dramas, making her cinematic debut with Pakistan’s first internet comedy film. Ushna Shah is a Pakistani actress who is skilled, outspoken, and opinionated. Ushna Shah has acted in several well-known Pakistani dramas and films. Shah takes risks with her characters. She is well known for her roles in several well-known Pakistani drama series.

Ushna was dressed in a blue summer dress with a high neck and wide sleeves, but her bare legs drew immediate criticism from the internet: 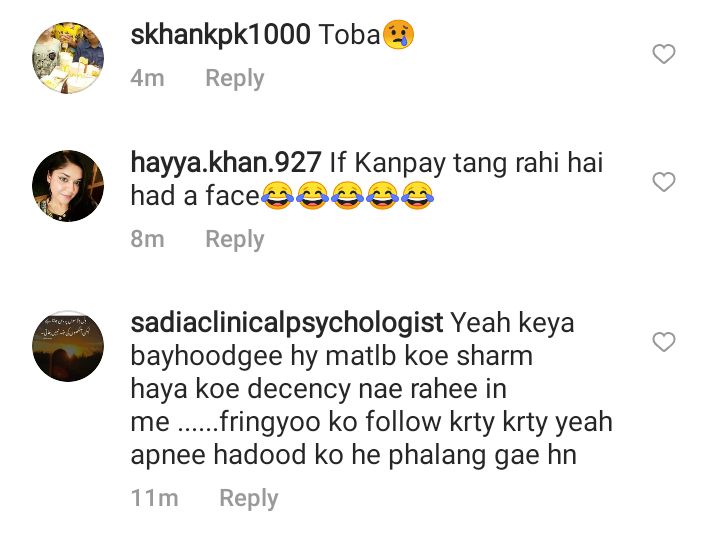 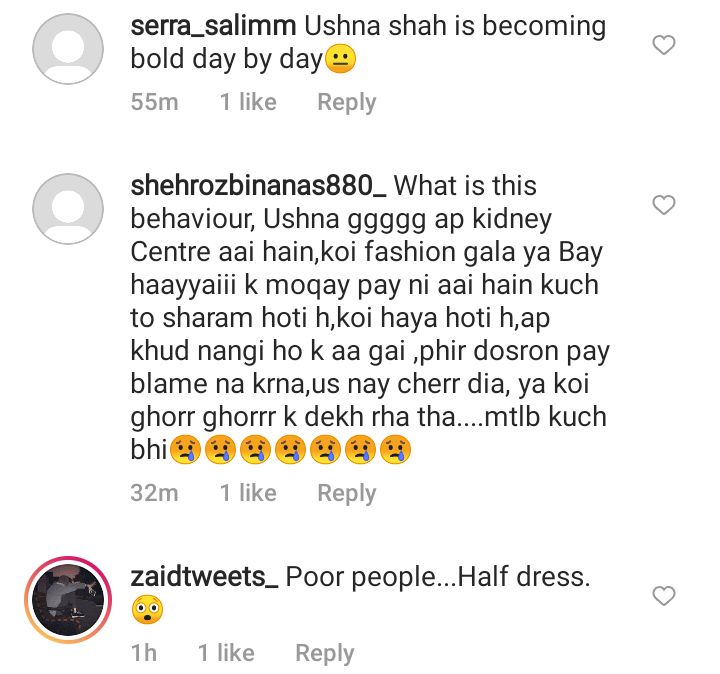