The speculation about Sajal Aly and Ahad Raza Mir’s breakup has made headlines. We have not seen together the two in a long time, which has sparked speculation about their present marital relationship. Sajal and Ahad have always kept their present relationship status a secret, but their fans and followers are always the first to know what’s going on in the lives of their favorite celebrities.

While we saw Sajal Aly at the core of Saboor Aly and Ali Ansari’s wedding celebrations, Ahad Raza Mir’s disappearance from his sister-in-law has piqued the interest of the viewers. Since Ahad Raza Mir’s silence at Saboor’s Baat Pakki and Sajal’s Khel Khel Mein’s events in Karachi, people on social media have speculated about their split.

At a wedding event in Dubai, Ahad Raza Mir was joined by his parents. We spotted Ahad at a wedding celebration in Dubai with his family. Former Nazim Chaudhry Bilal Gujjar’s nephew, Ahmed Gujjar, was photographed dancing during his wedding in Dubai.

Ahad Raza Mir attended a Sultana Siddiqui party on Saboor Aly’s Maiyoon Day and did not attend the Maiyoon event with his wife. Meanwhile, Sajal was in Karachi for Saboor’s marriage, when a photo of Ahad Raza Mir and his parents appeared on social media, showing Ahad attending a wedding celebration in Dubai.

The public was keen to comment after seeing Ahad’s picture on Instagram. Netizens chastised Ahad Raza Mir and immediately asked why he was not at Saboor’s wedding. Let’s take a look at the comments in Ahad’s photos! 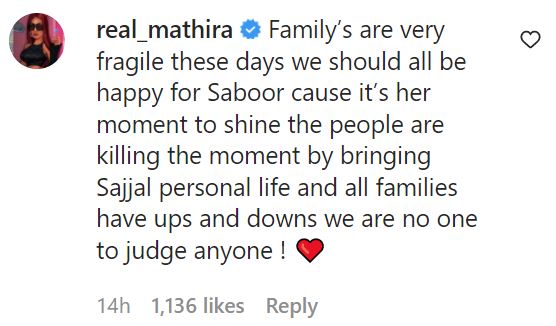 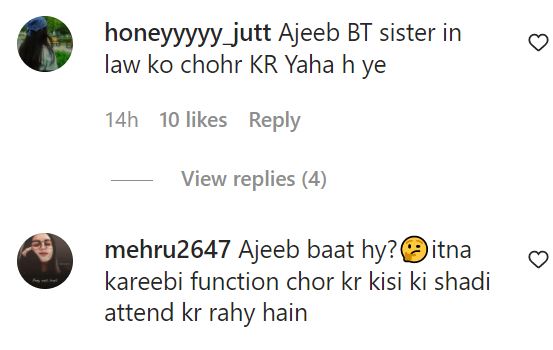 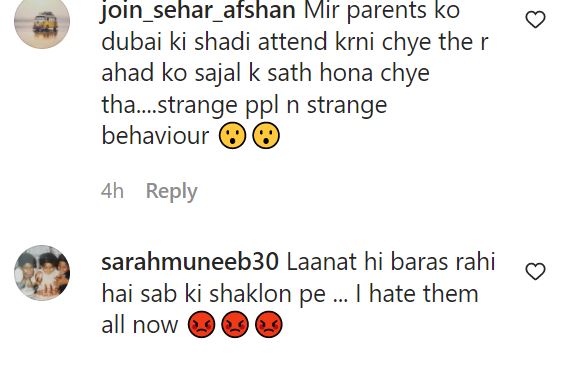 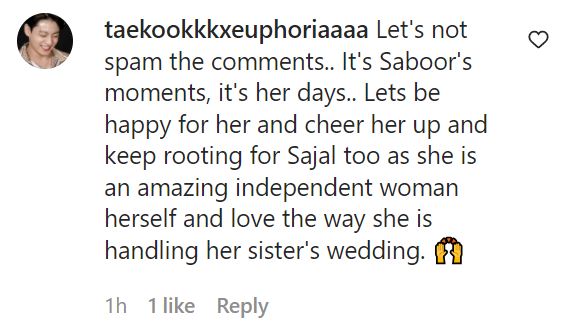