Beautiful photos from the Mehndi of Saboor Aly and Ali Ansari.

Saboor Aly and Ali Ansari are two great Pakistani actors who have worked in the industry for many years. Both actors have gained tremendous popularity and success in the showbiz industry because of their roles in multiple-hit dramas.

Saboor and Ali, two adorably talented actors, got engaged a few months ago at a secret family gathering. The couple became the talk of the town after their engagement ceremony.  Here are some of the beautiful and fun-loving photos and videos from the Mayon/Mehndi event of Saboor Aly and Ali Ansari. which also featured Sajal Aly, Amar Khan, and Kinza Hashmi. 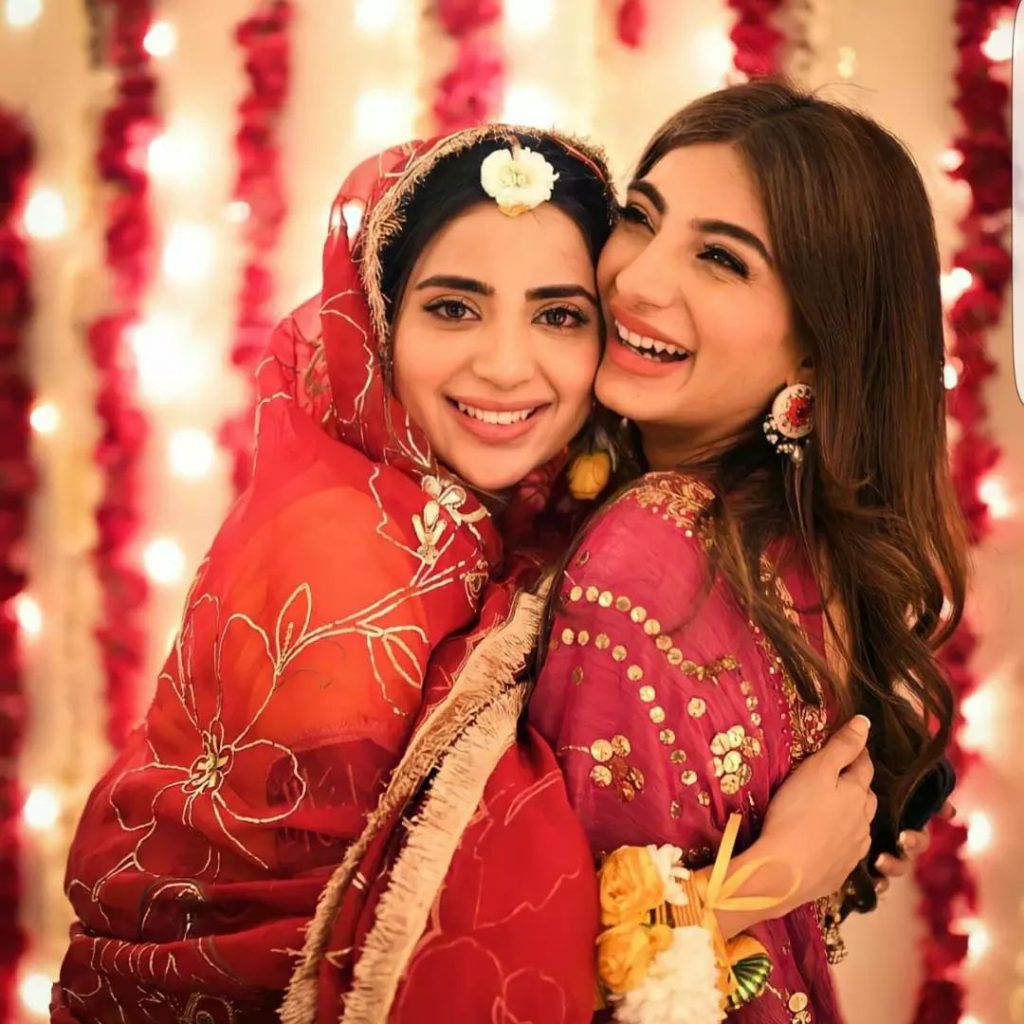 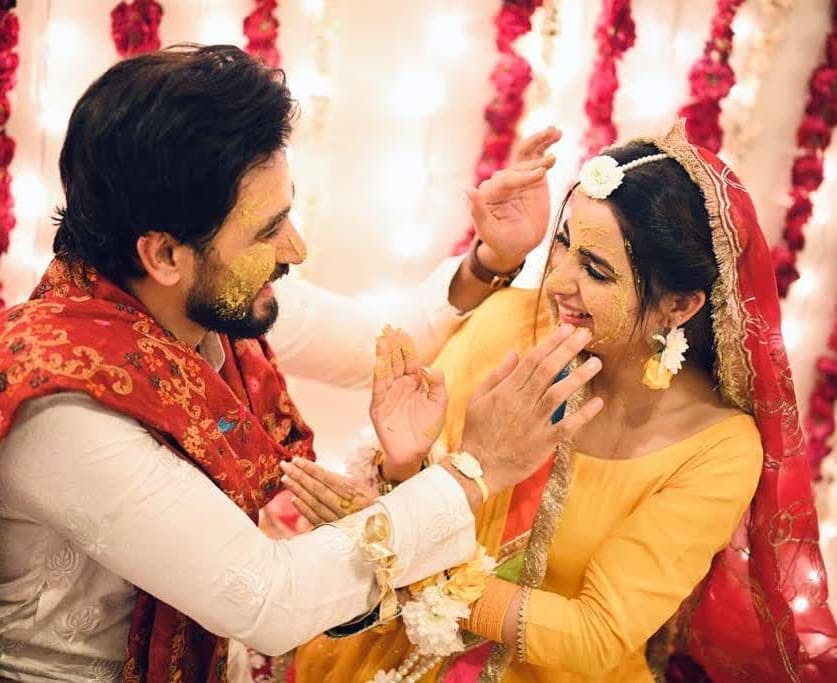 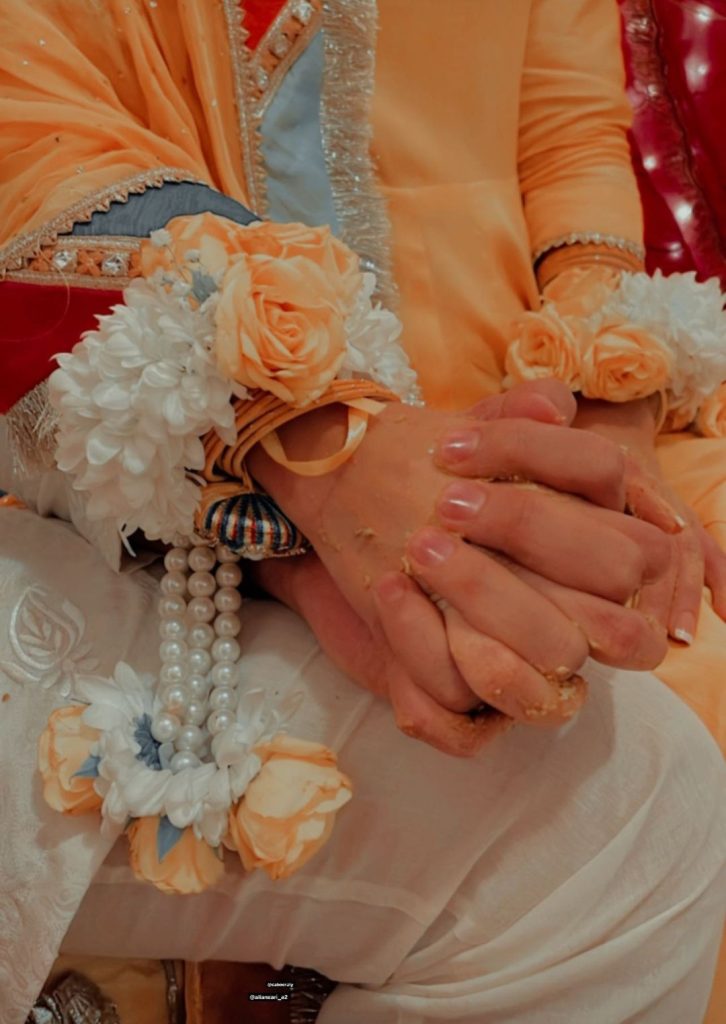 The pair are getting ready to be married after a lovely engagement. The couple’s wedding celebrations had just begun. The couple’s wedding festivities began with a small Mayun party with Saboor’s friends and relatives at her home. Faraz Mirza’s official photography page released a photo today with the description “Saboor ki Mehndi and Saboor ki Shadi.” Friends and family, on the other hand, performed Mayun ceremonies. 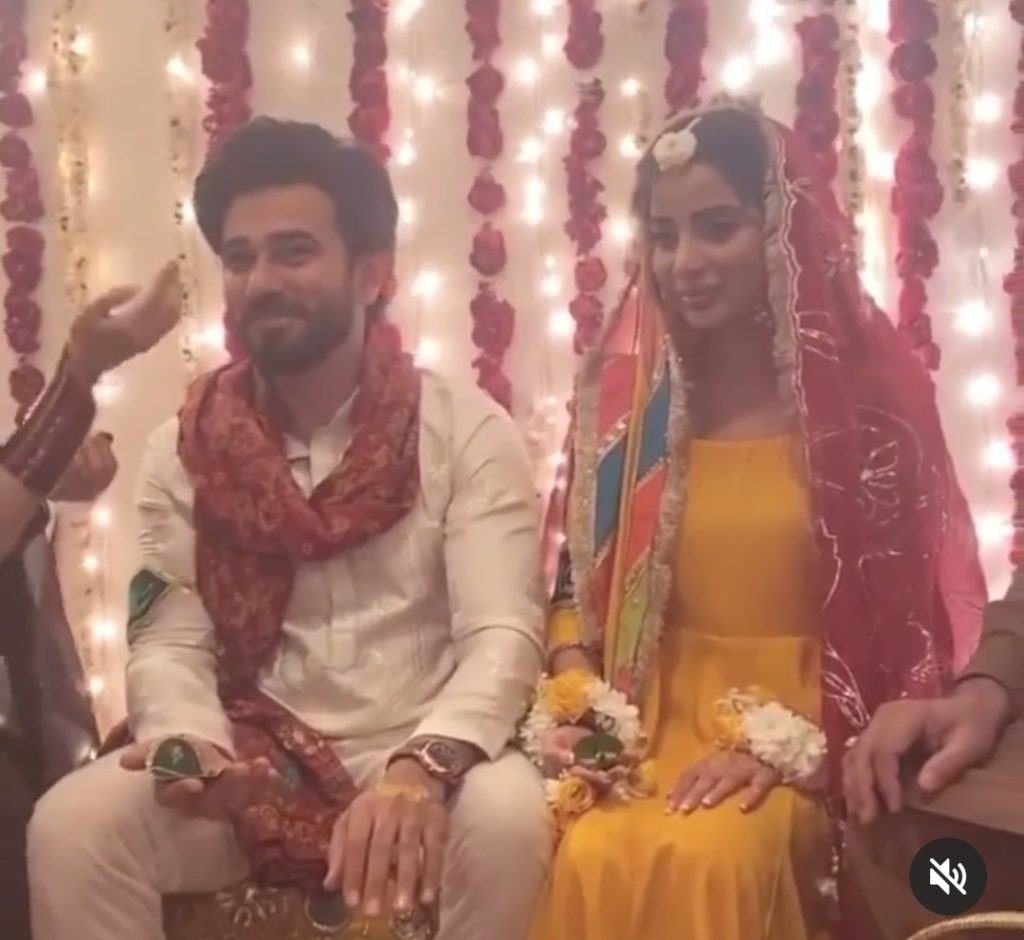 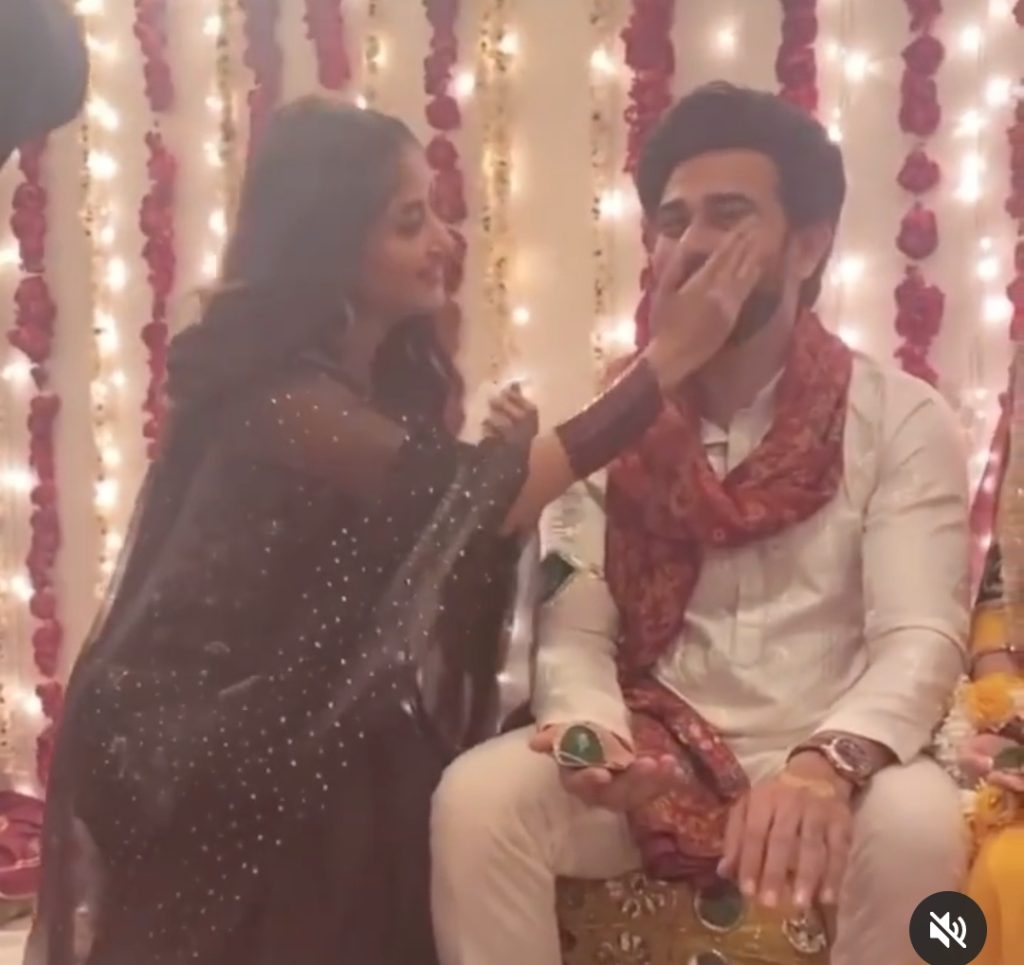 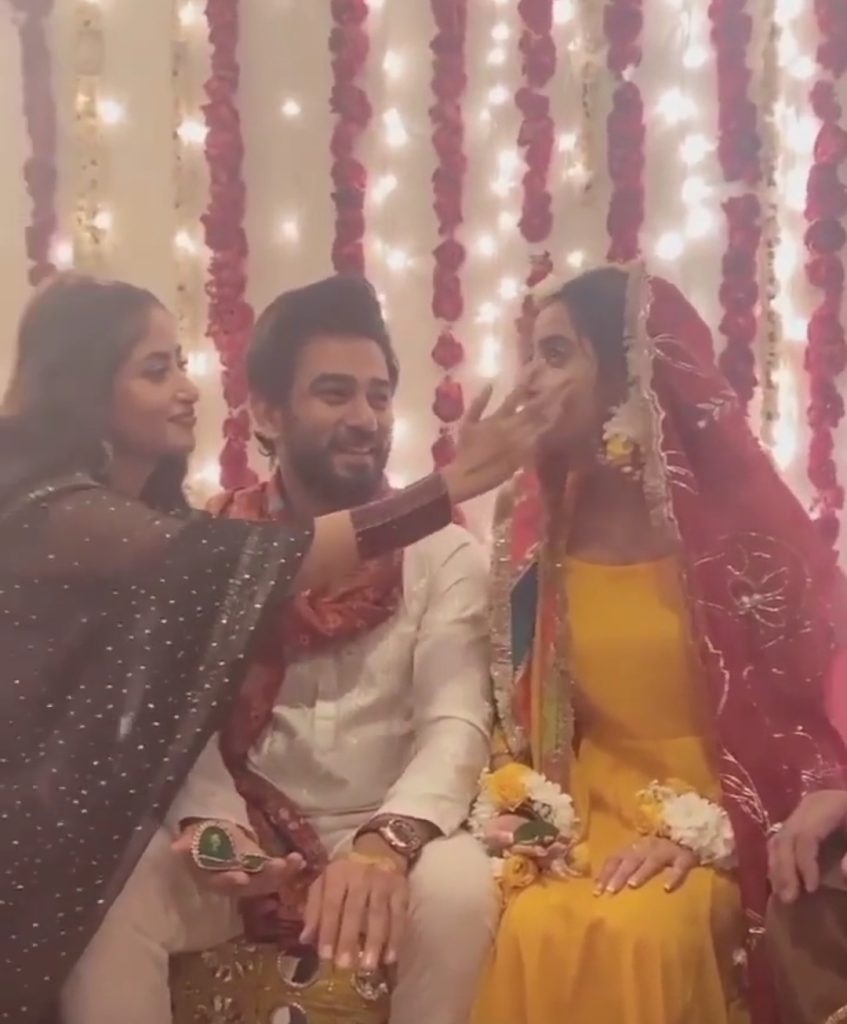 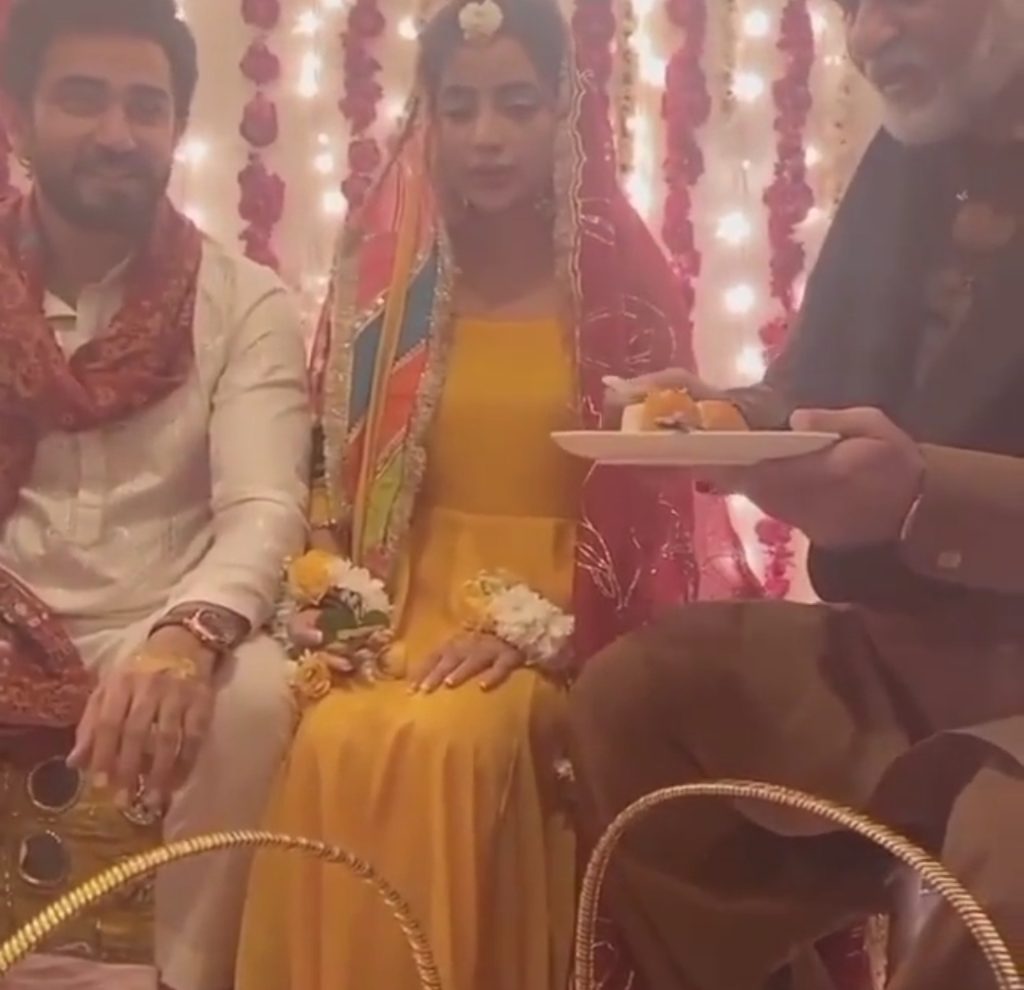 Saboor Aly began her career with a small role in Choti Si Kahani, followed by a supporting role in the ARY Computerized production Mehmoodabad Ki Malkain in 2011, in which Saboor co-starred with her sister Sajal Aly. Saboor Aly made her cinematic debut in Nabeel Qureshi’s critically acclaimed Pakistani socio-comedy film “Actor in Law” alongside Fahad Mustafa, Mehwish Hayat, and senior Indian entertainer Om Puri, and Saboor played the role of Fahad Mustafa’s sister in the movie.

The intelligent and gifted Ali Ansari is a well-known actor, singer, and model. In 2014, he began his career as a radio personality. In 2015, he debuted in the drama series “Riffat Aapa Ki Bahuein” and began his acting career with zeal. His highly successful drama series “Khaani,” in which he played Sarim Ali Khan, helped him gain greater fame. Ali Ansari walked the runway for some of the most well-known fashion designers. 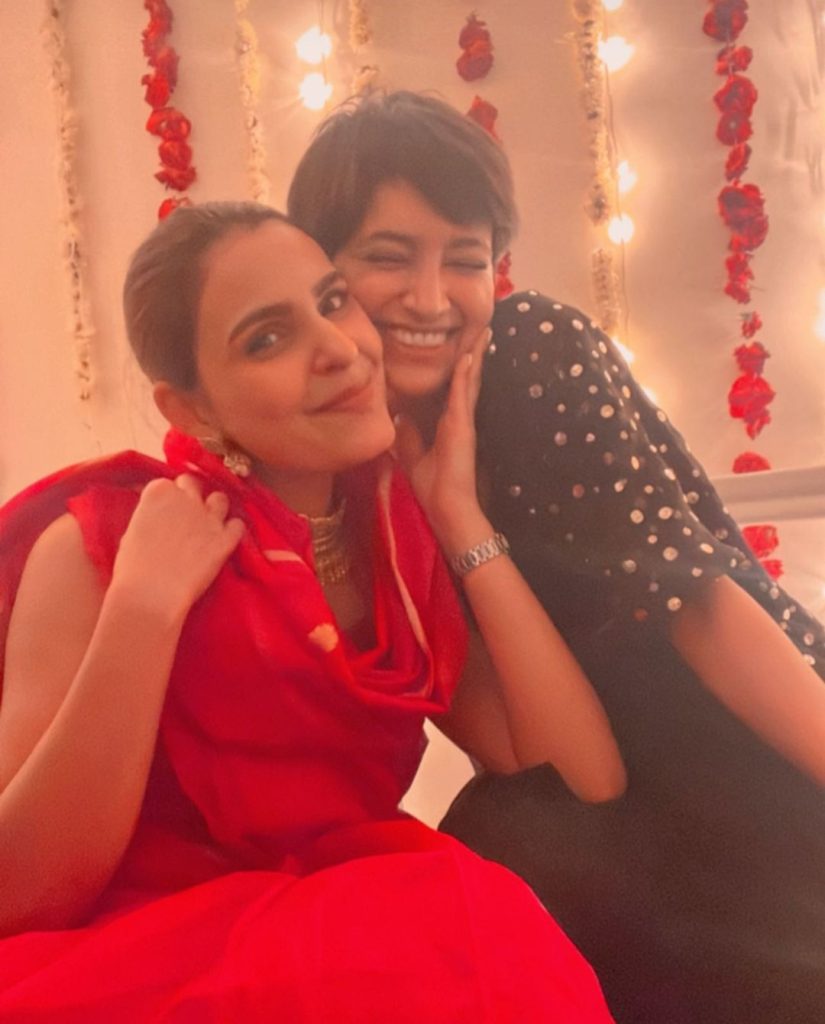 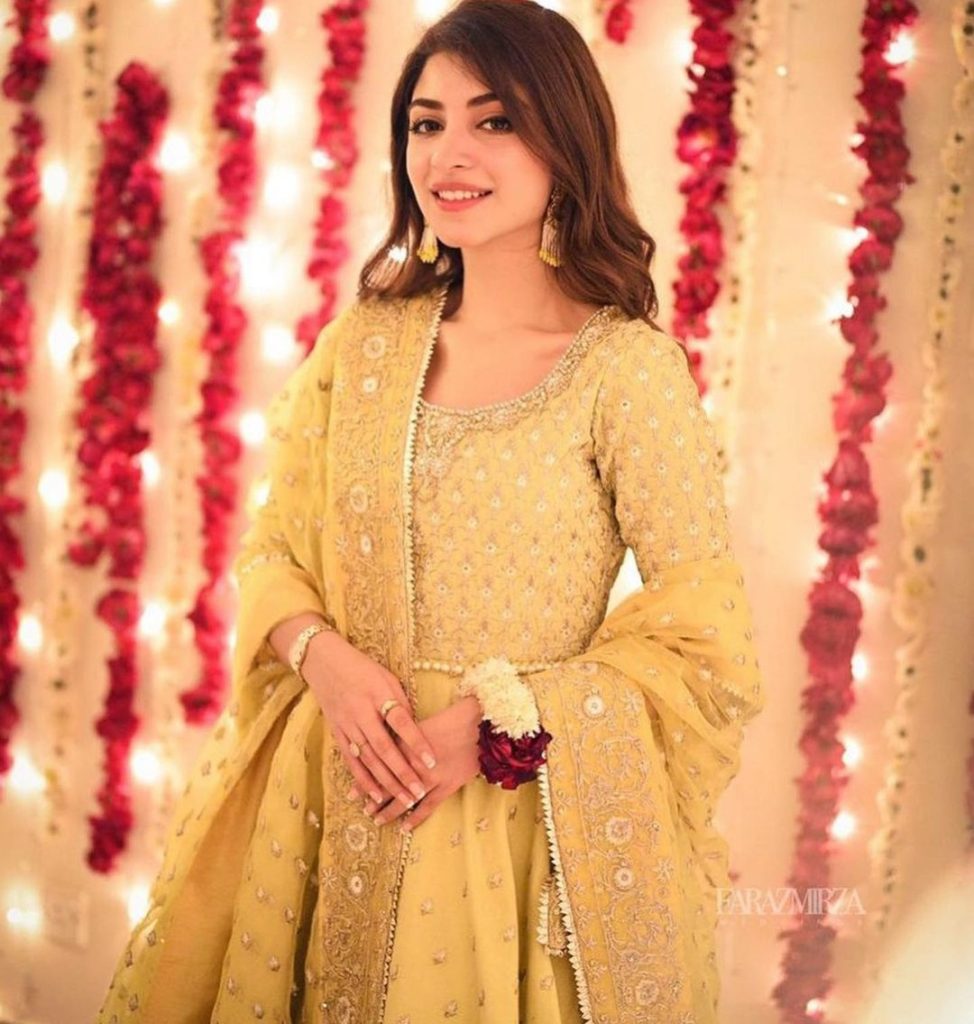