Zarnish Khan is a famous and Pakistani actress and model who has made a name for herself in the media world in a short period of time. She is a strong and active woman who, despite her young marriage, has not given up on her dreams and is now successfully combining her personal and professional lives.

Zarnish was recently spotted in Islamabad at a friend’s wedding. She wore a dark green dress designed by “Sania Maskatiya” and looked simply gorgeous. Zarnish was seen having fun with her old pals. Zarnish also danced her heart out, igniting the stage with her enthralling dance performance. Take a look! 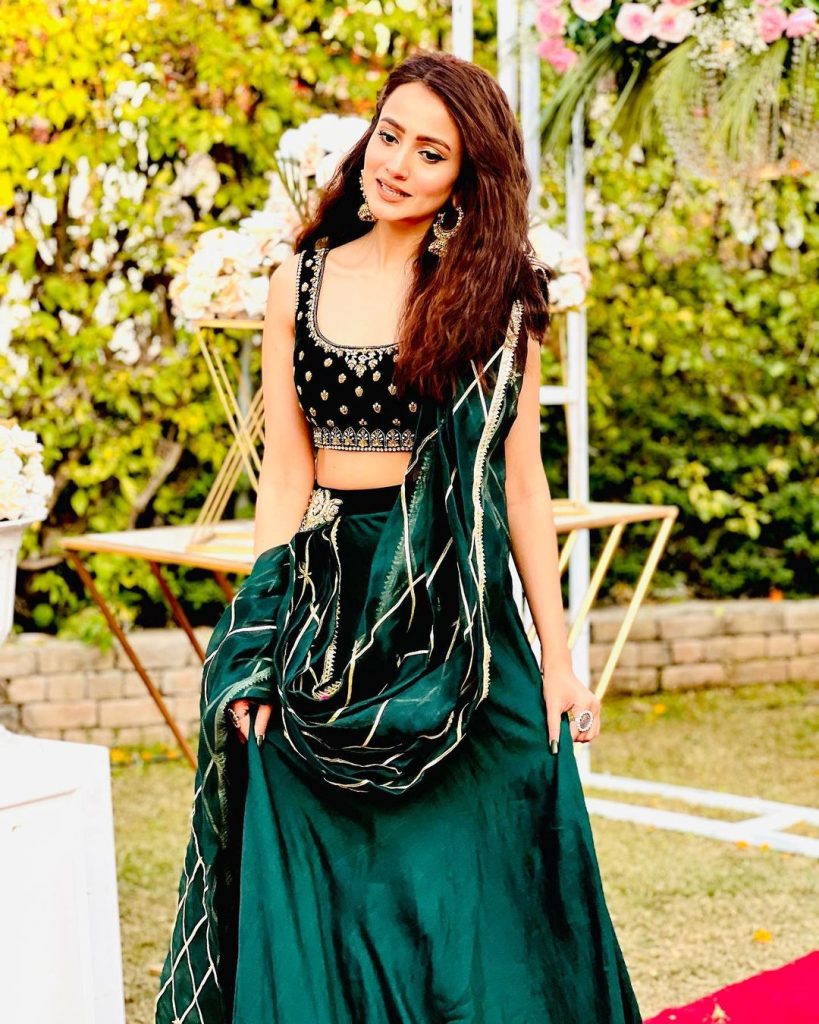 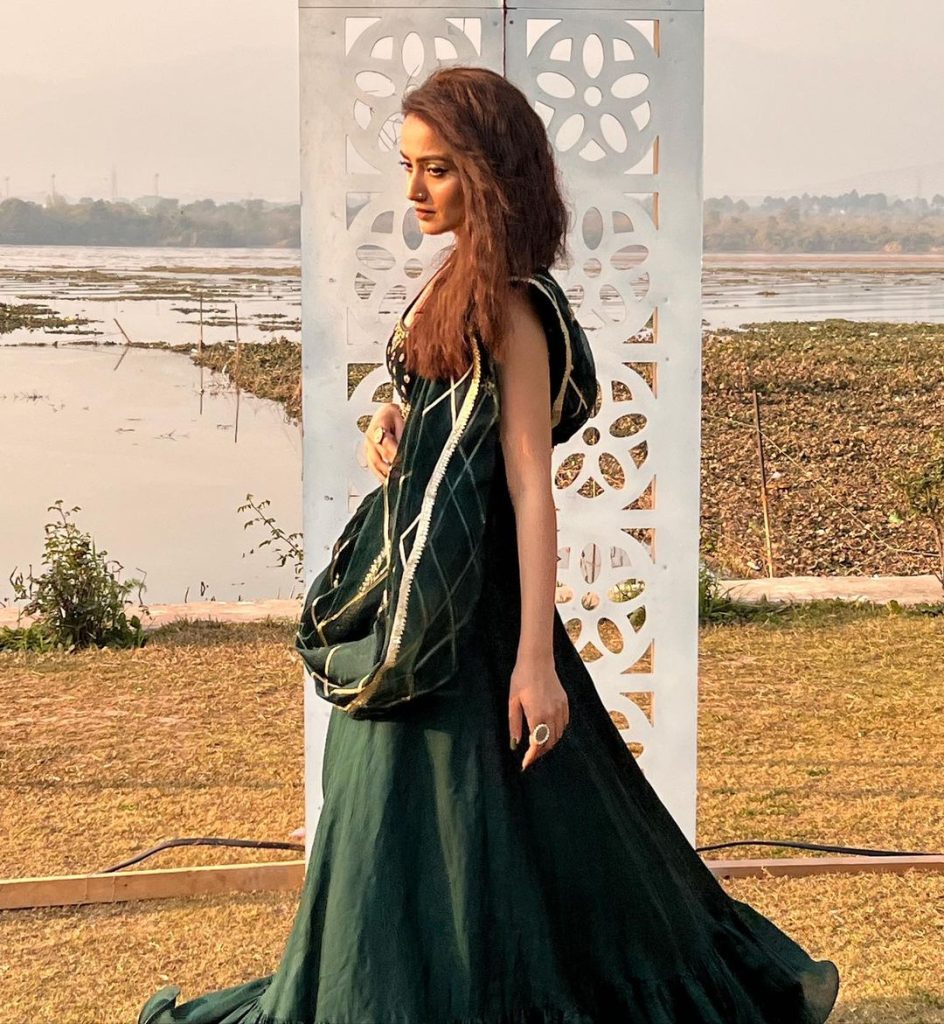 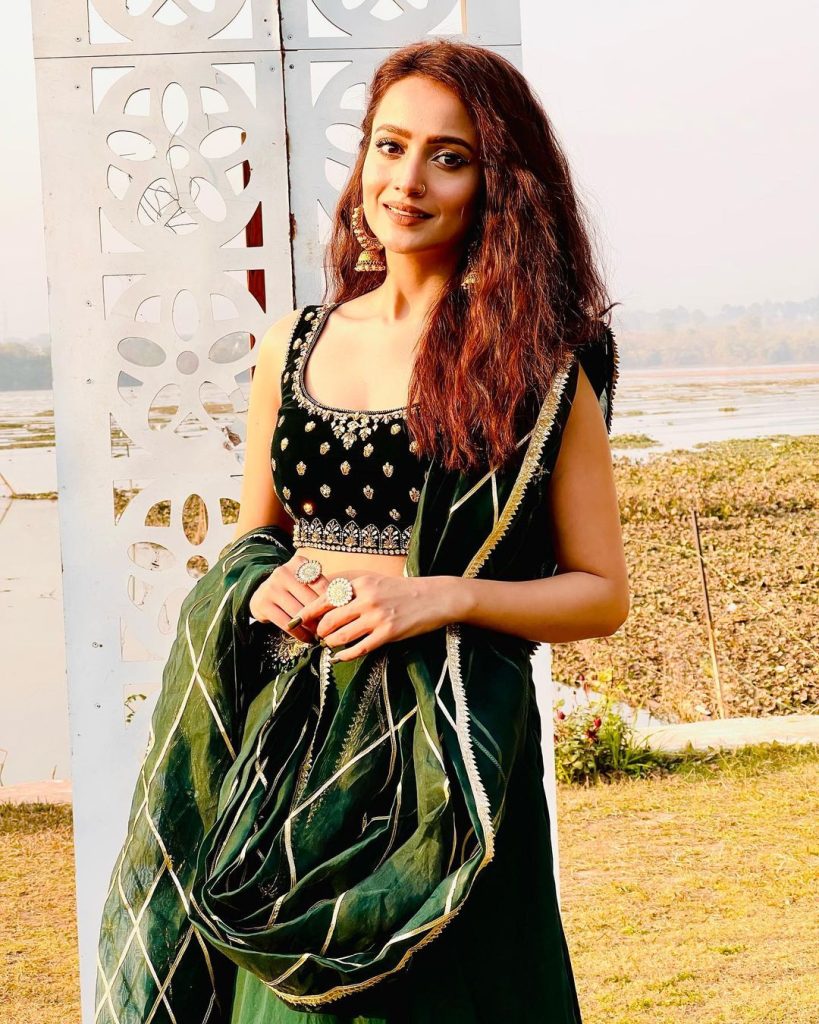 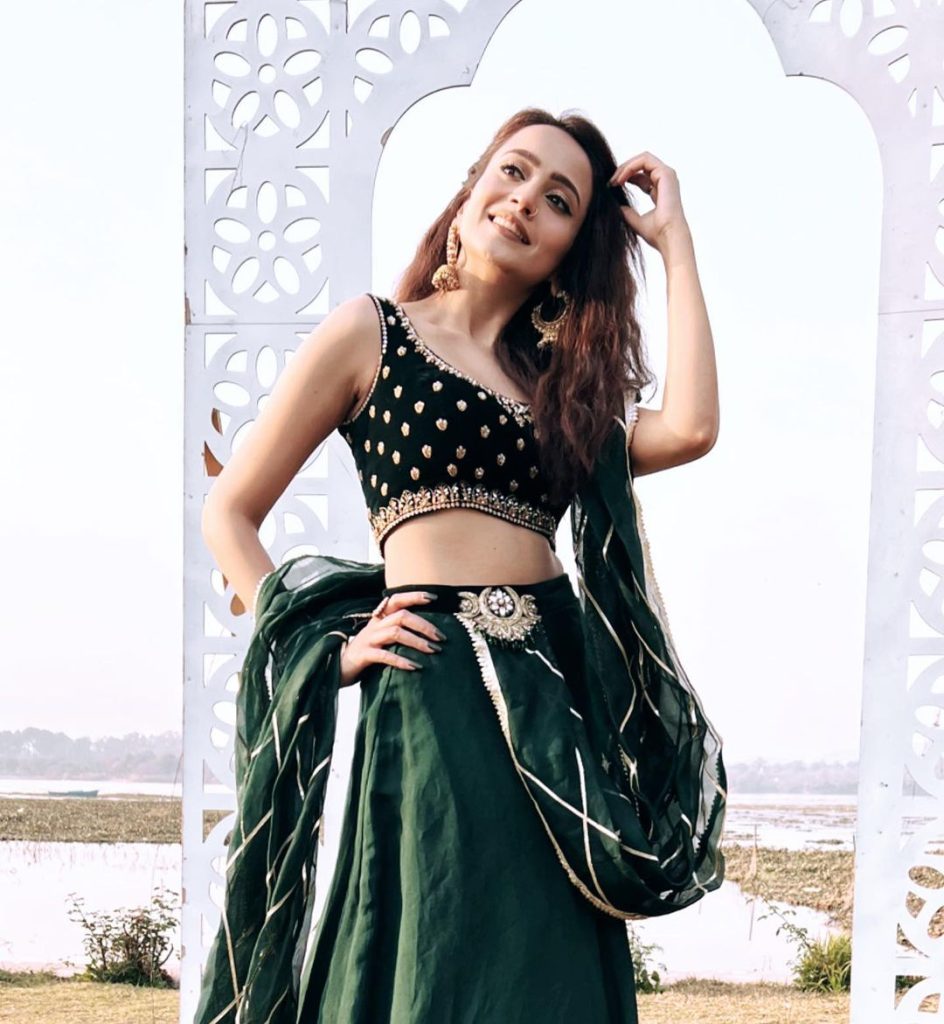 Zarnish Khan has appeared in the Urdu television series. She won the Hum Award for Best Soap Actress for her performance. She went on to star in Aye Zindagi and Sehra Main Safar. Zarnish’s most recent project, Yeh Dil Mera, was a huge success. She played Ahad Raza Mir’s mother in the series, alongside Adnan Siddiqui and Mira Sethi. 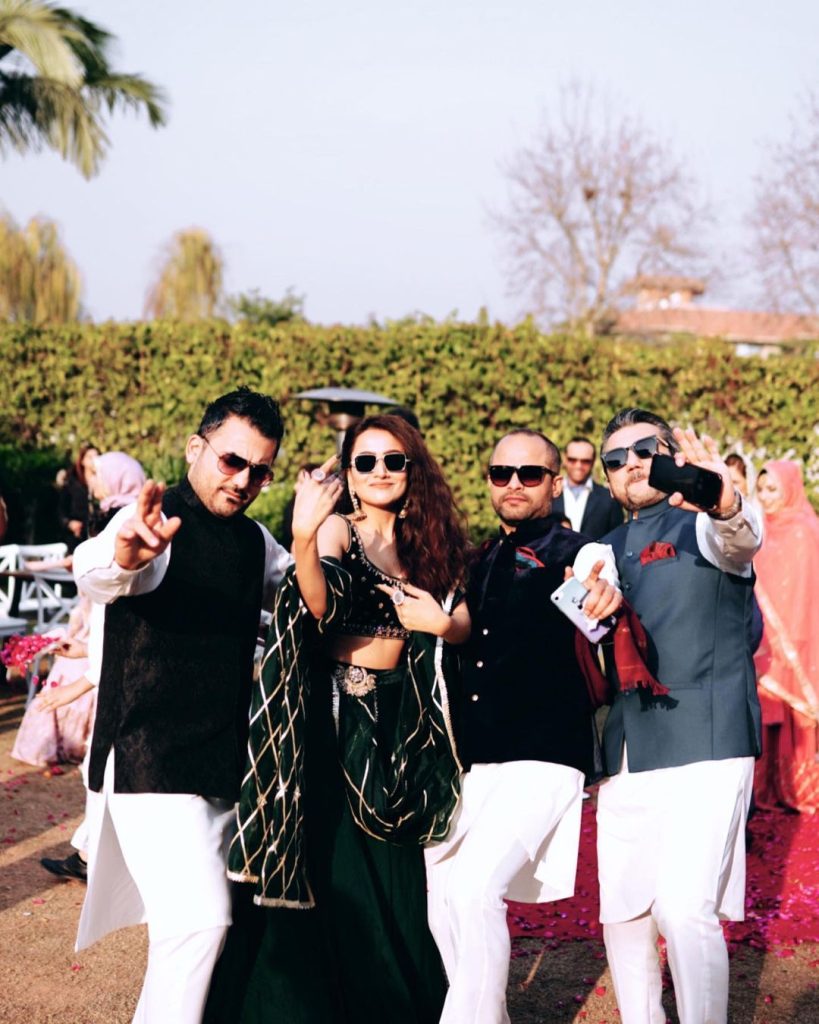 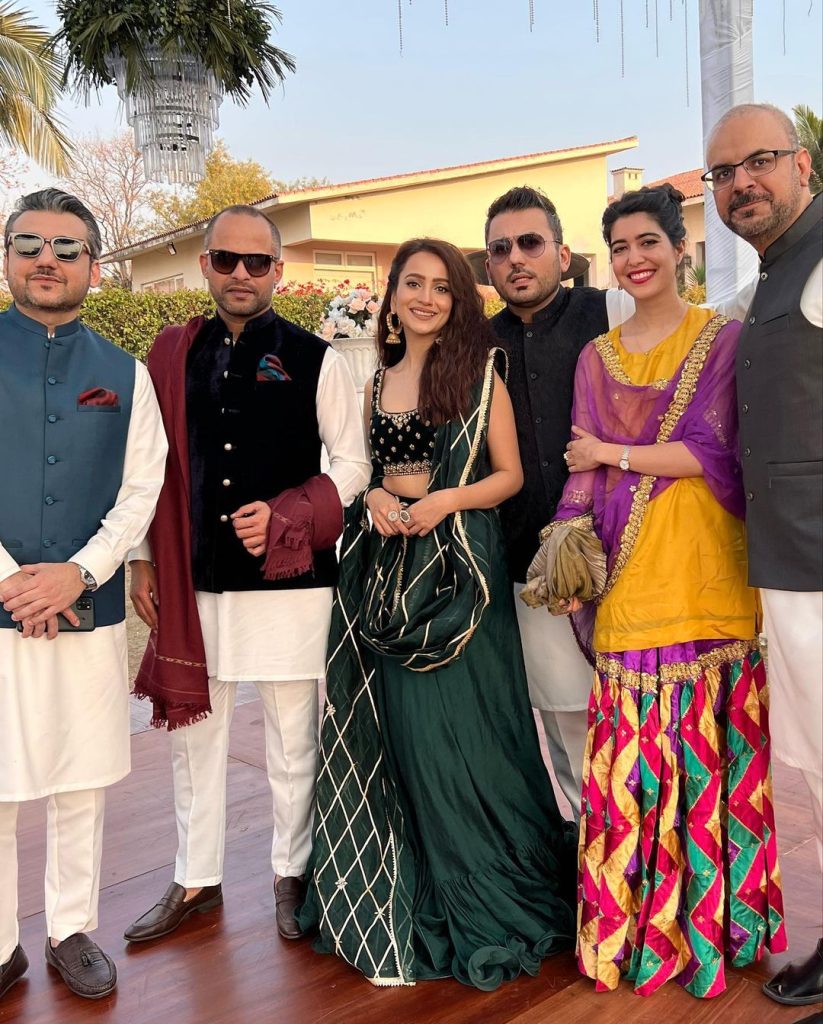 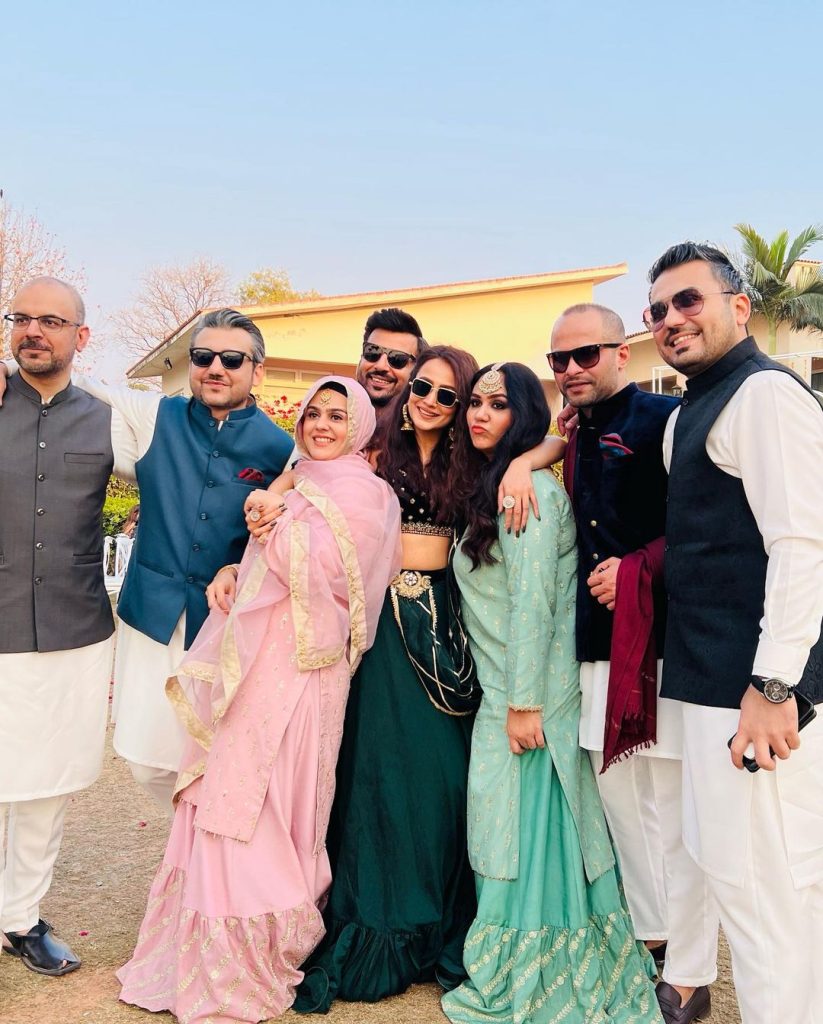 Zarnish Khan, one of Pakistan’s most beautiful and talented actors, has wowed fans with her incredible dancing abilities, giving us some filmy vibes. Zarnish was spotted on Instagram dancing her heart out at a wedding while dressed in an exquisite traditional costume.

The actress had previously uploaded photos of herself wearing a traditional lehenga with a sleeveless blouse. The actress wore her hair wavy and used soft party makeup to complete her ensemble. 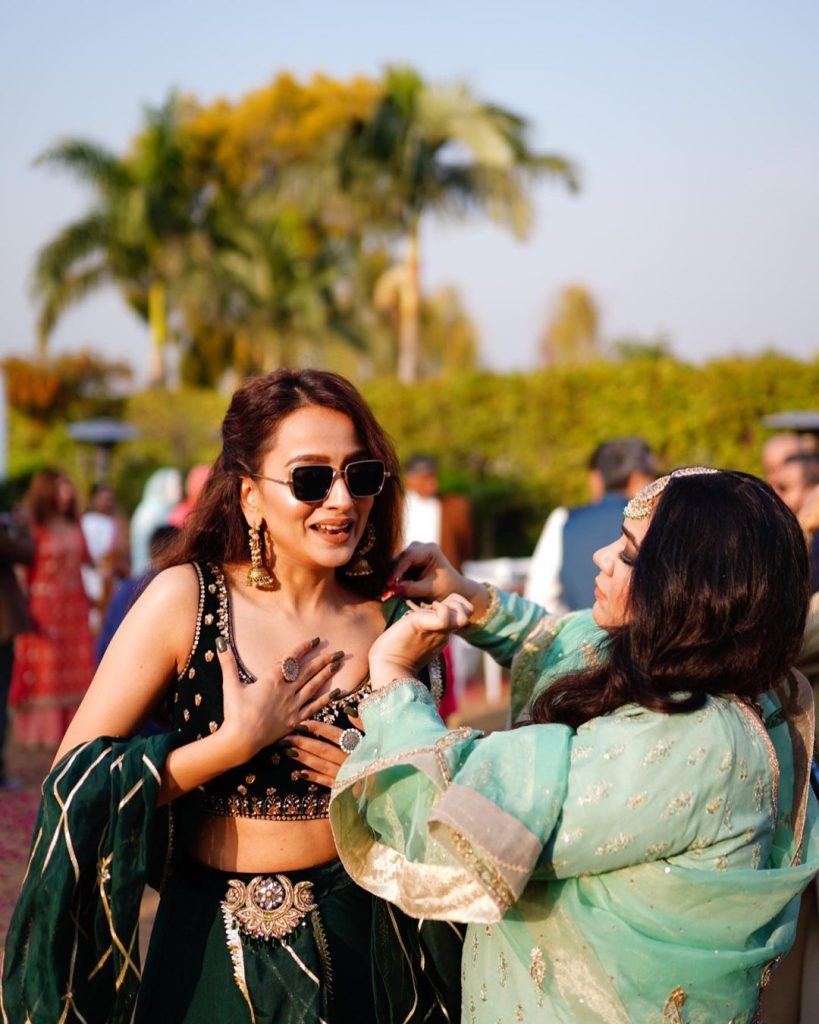 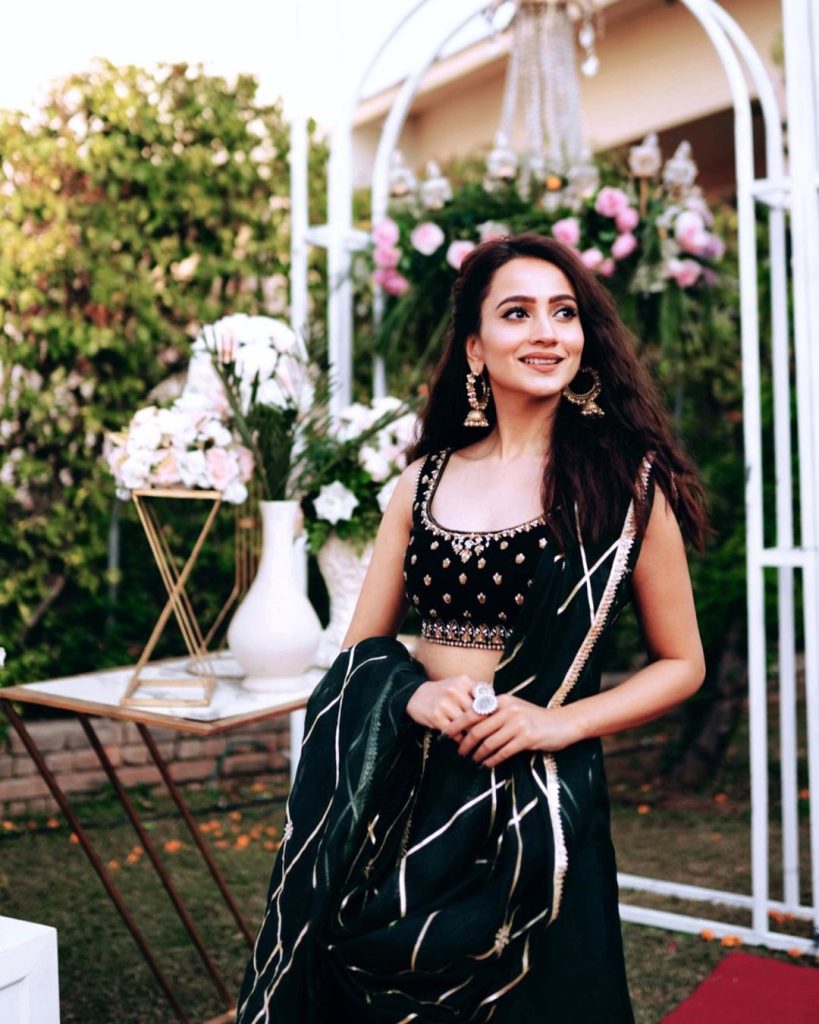 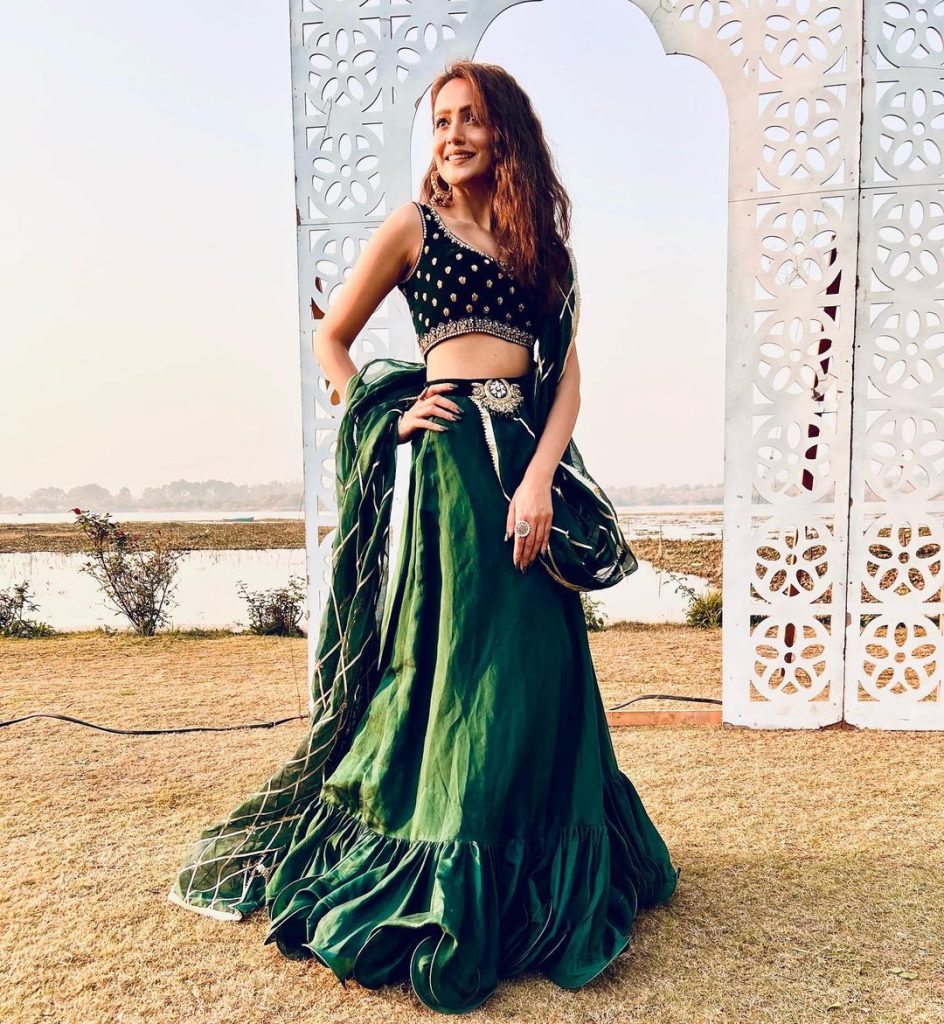