The Khel Khel Mein duo, Sajal and Bilal, look stunning together in the latest photoshoot for designer Faiza Saqlain.

Faiza Saqlain’s appealingly detailed patterns have permeated Pakistani luxury fashion. The fashion powerhouse, which was founded in 2012 in Lahore, rose to prominence because of its sleek and sophisticated designs filled with delicate yet traditional embellishments. The label aspires to offer both couture and a high-end prêt-à-porter line, which is known for its trademark floral designs and elegant aesthetics that exalt femininity. Using impeccable workmanship and handwork skills, the creative force has grown her brand and established a significant position for her label in the fashion business in just eight years. Let’s look at some images of the brand’s recent campaign: 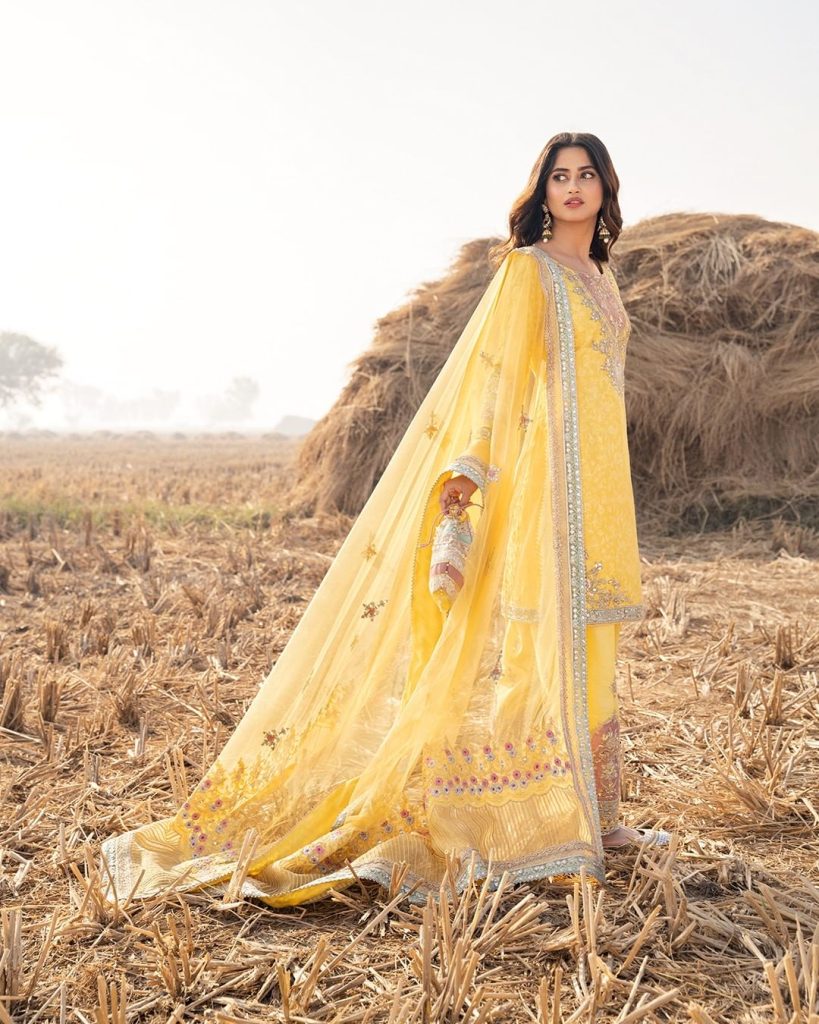 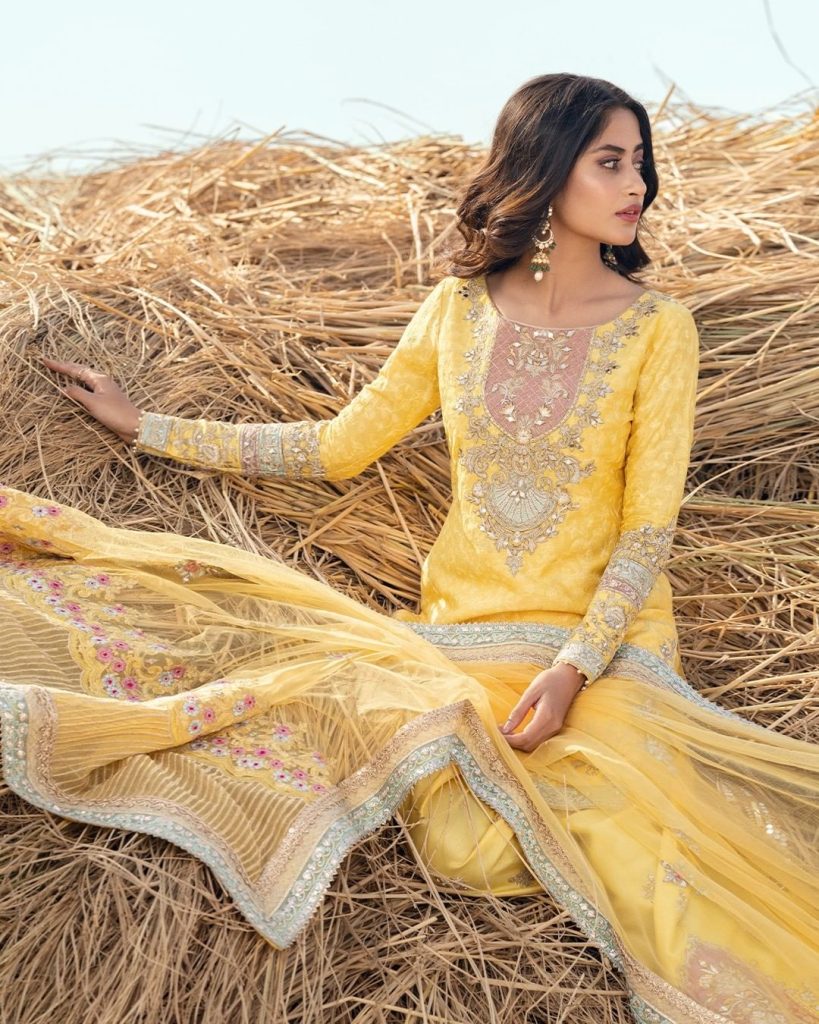 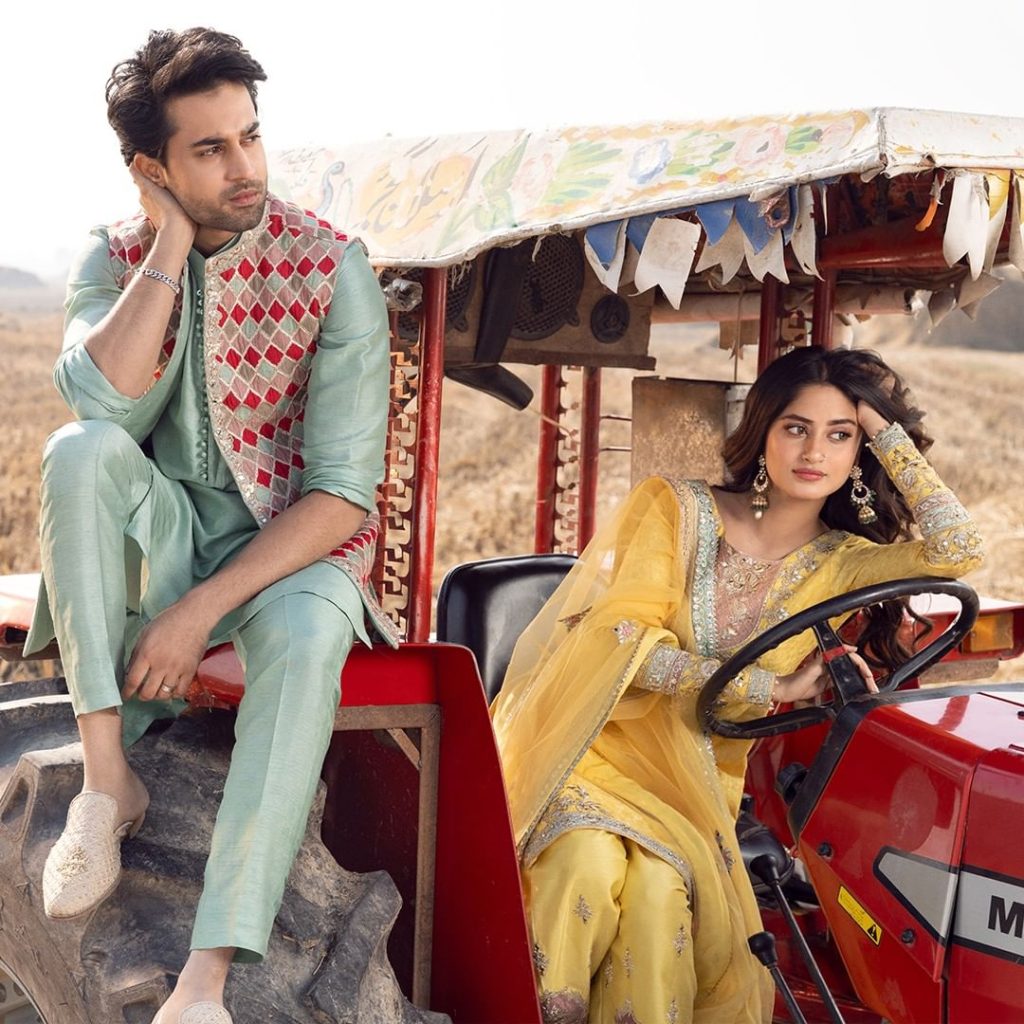 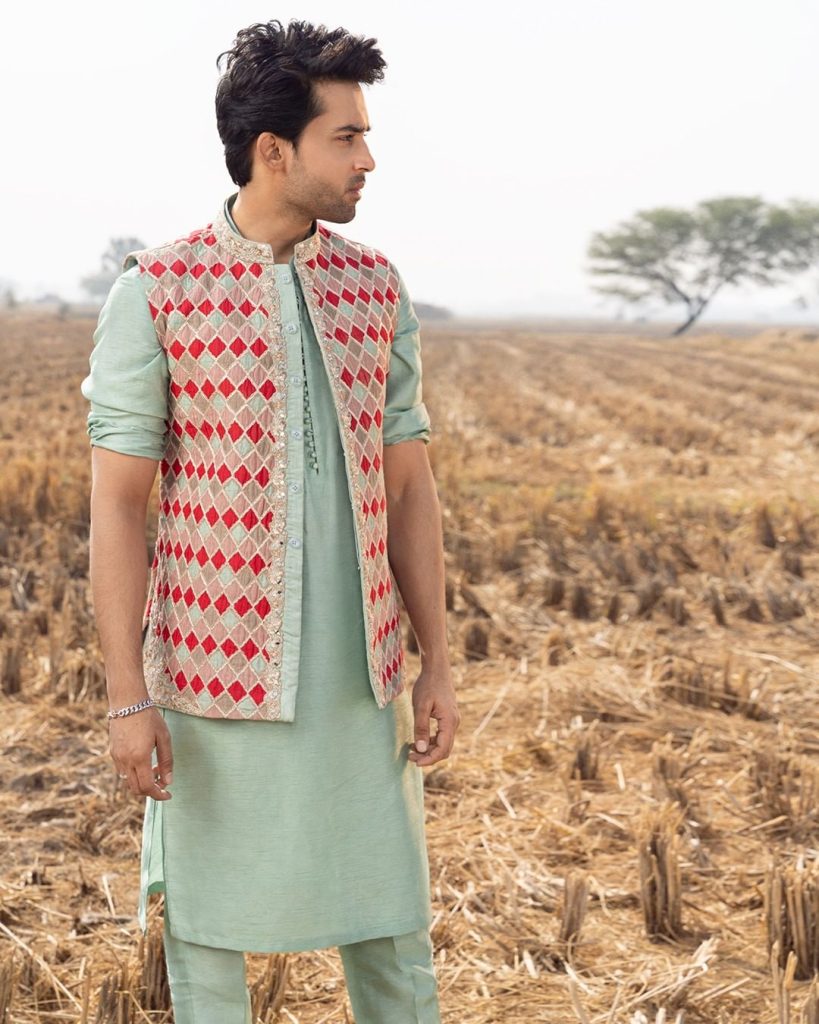 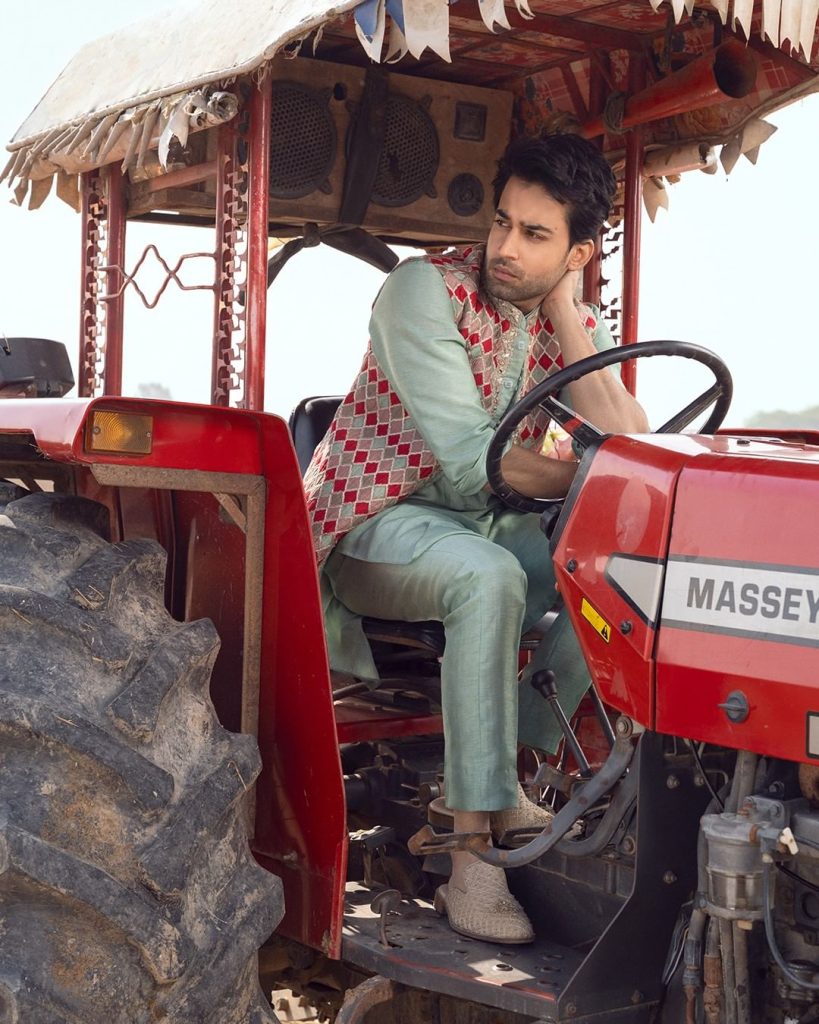 Faiza Saqlain has debuted its stitched wedding line, which features Sajal Aly, who is both beautiful and talented. Bilal Abbas Khan was also a part of the photoshoot. The on-screen chemistry between Bilal Abbas Khan and Sajal Aly is legendary. In a picture shoot for Faiza Saqlain, the Khel Khel Mein duo looked amazing. 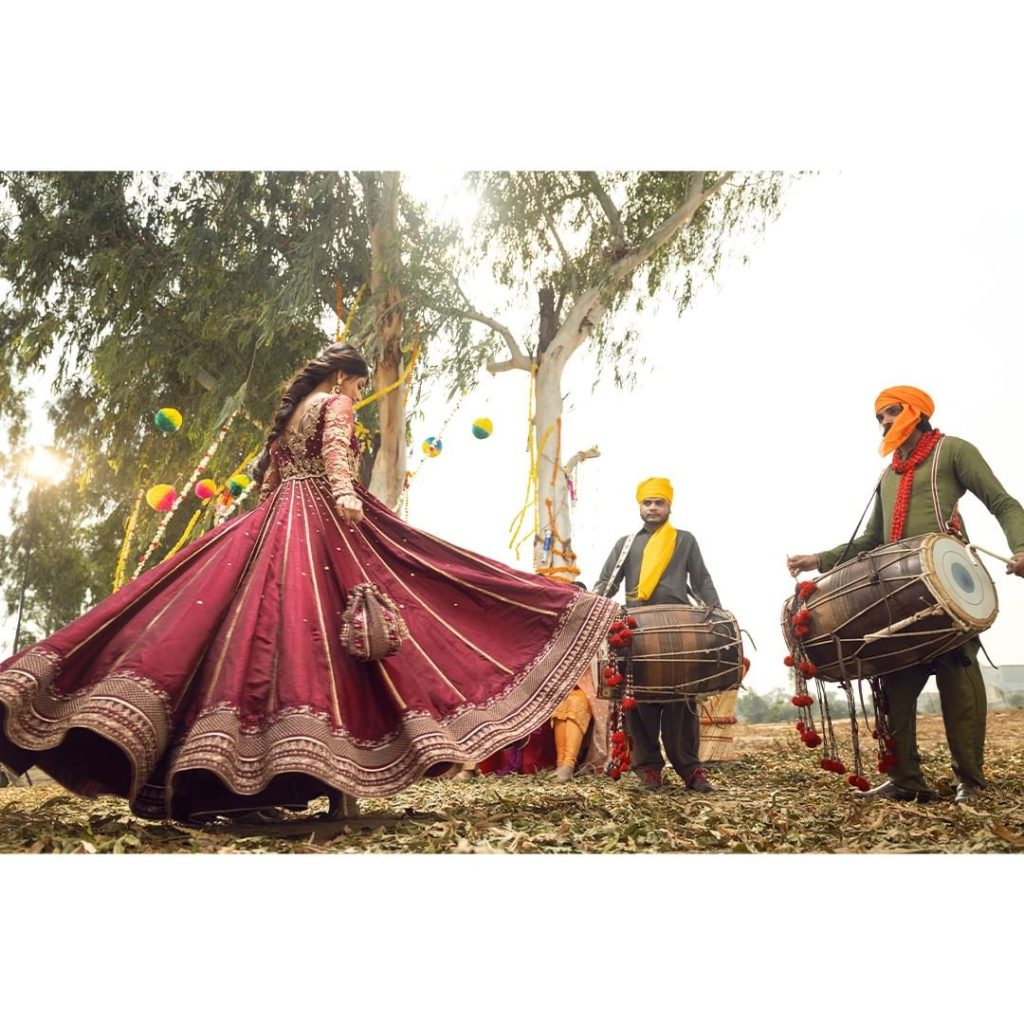 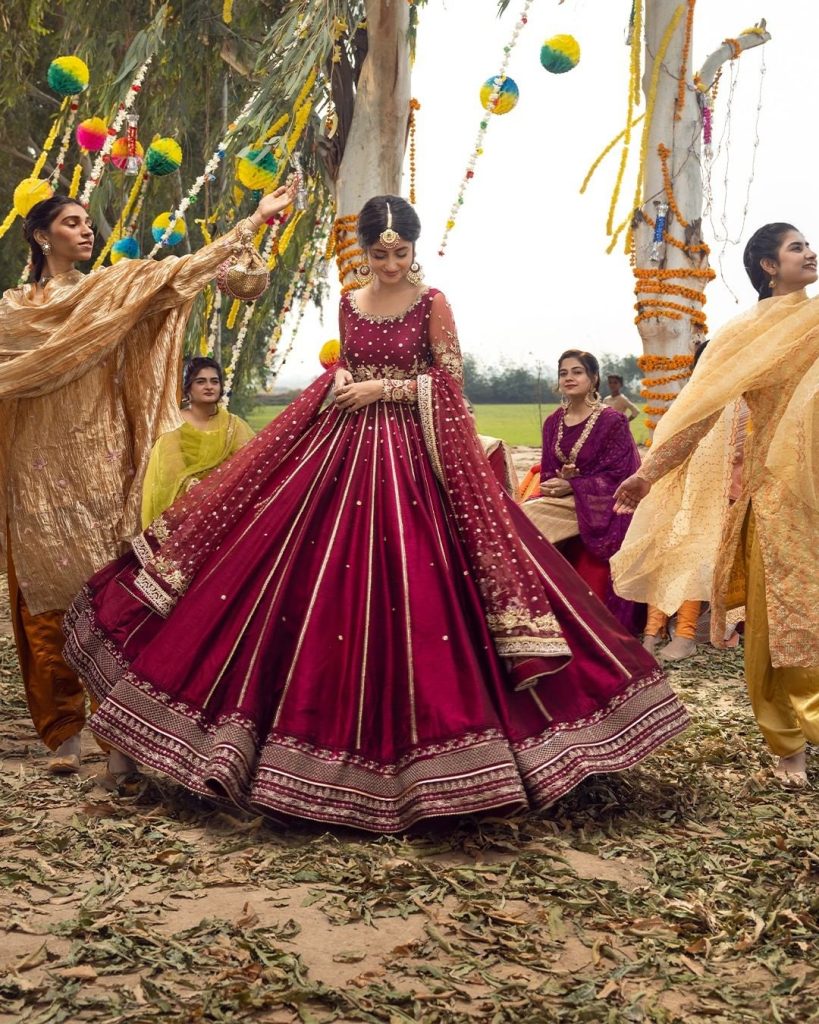 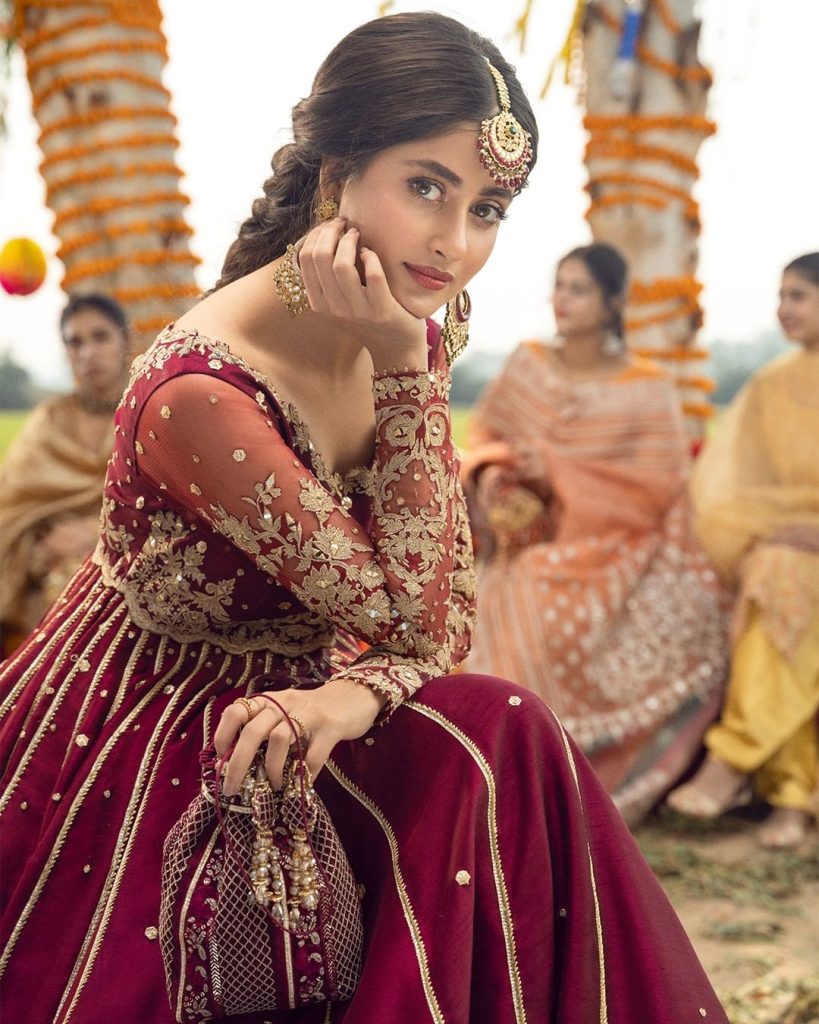 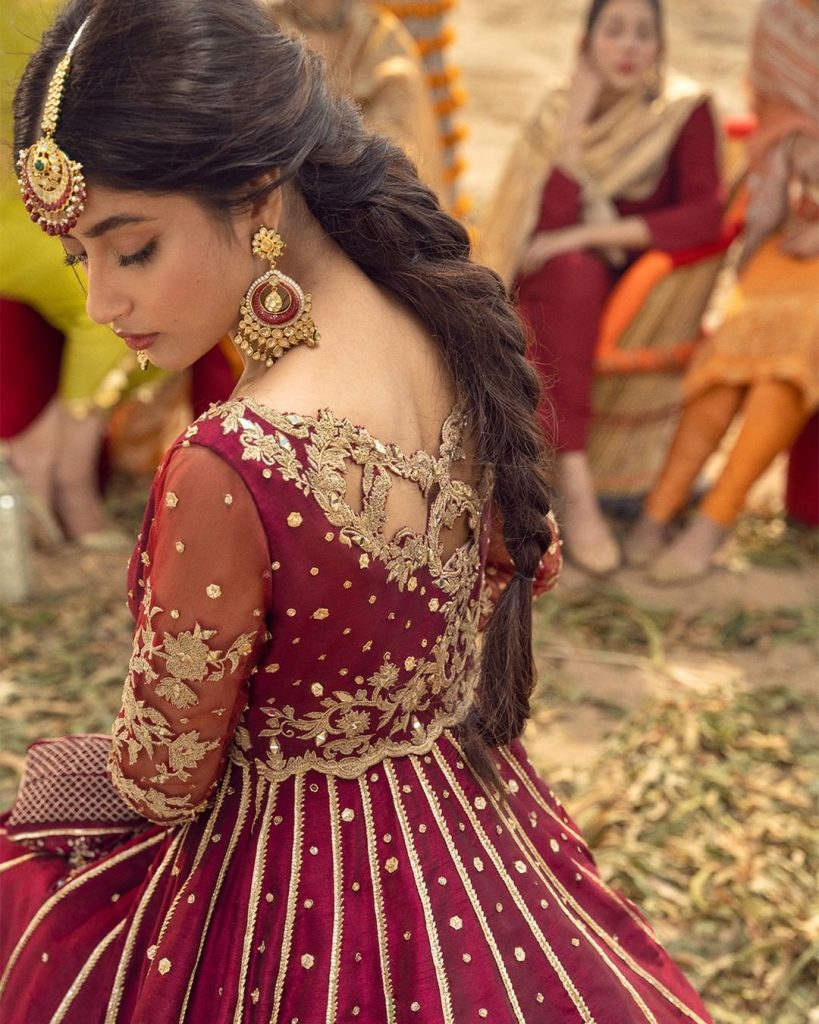 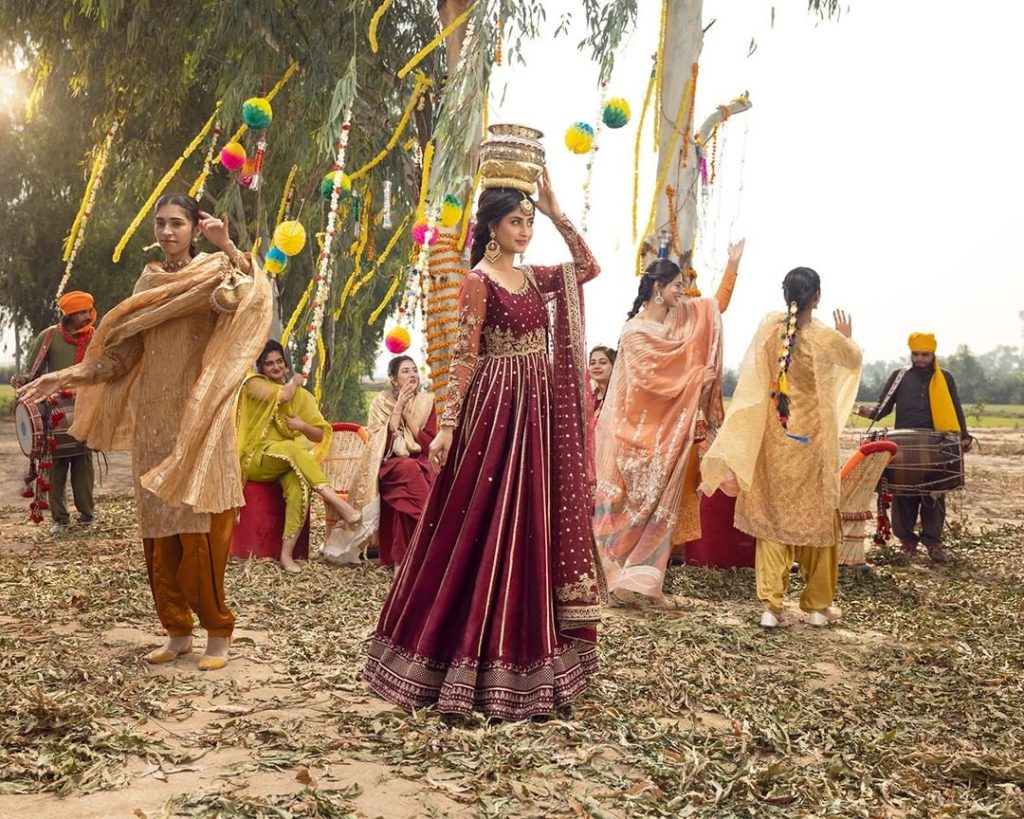 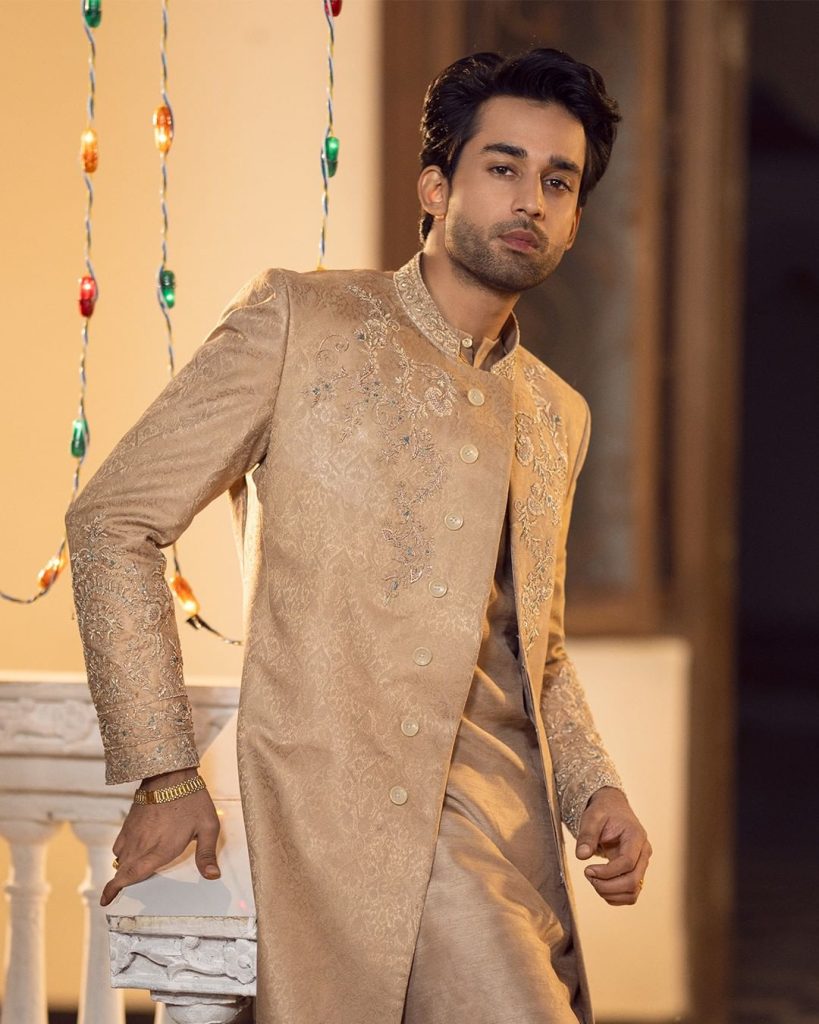 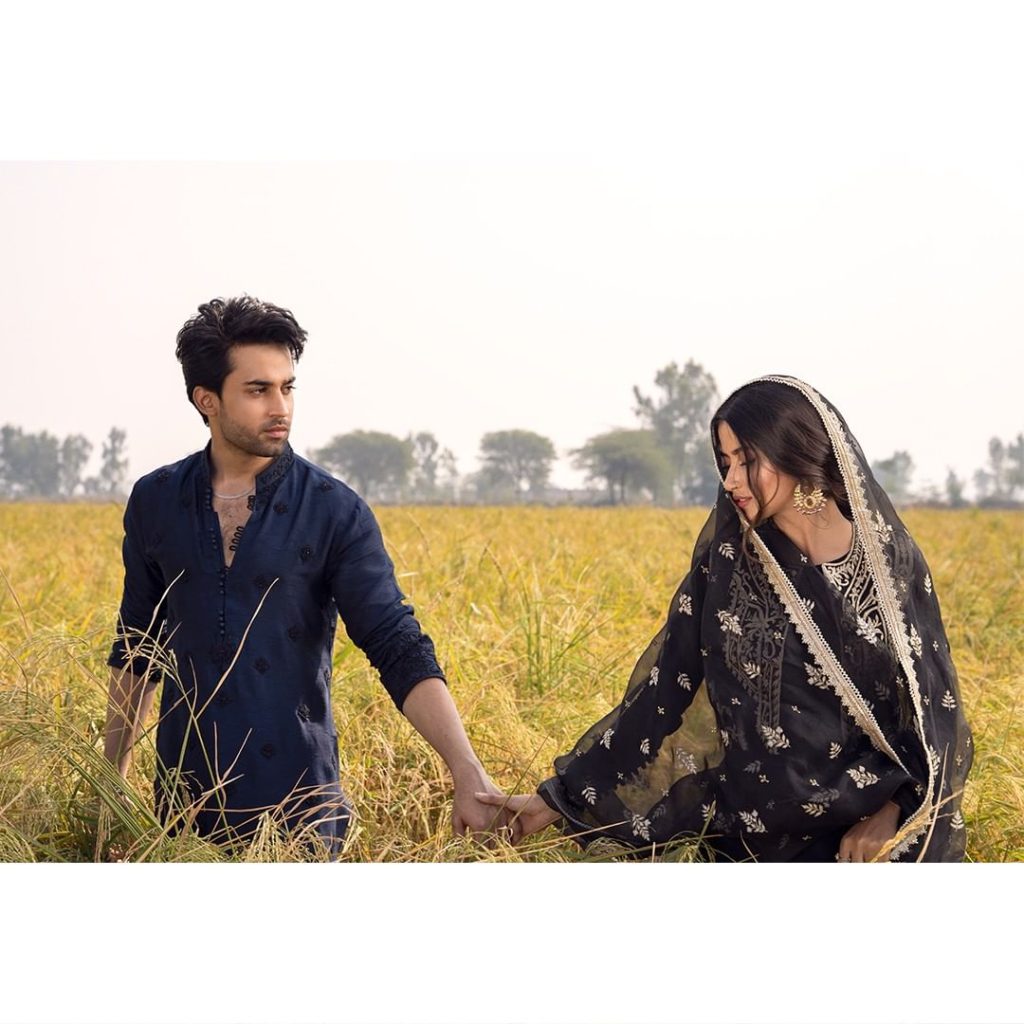 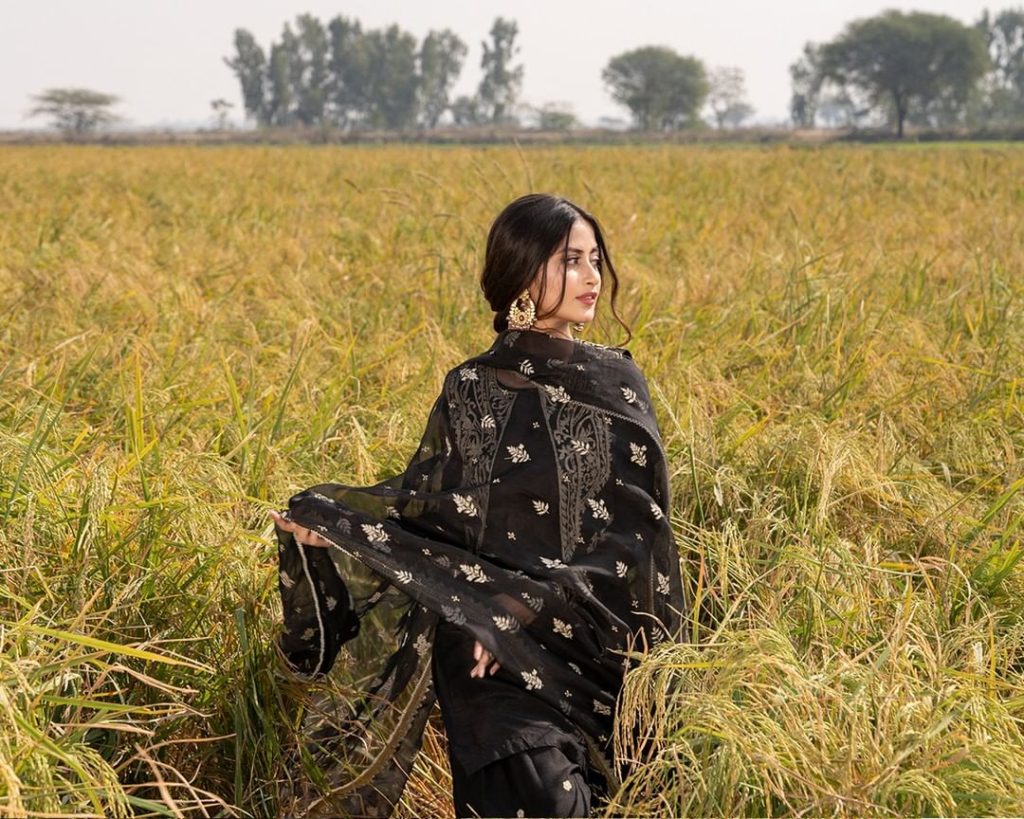 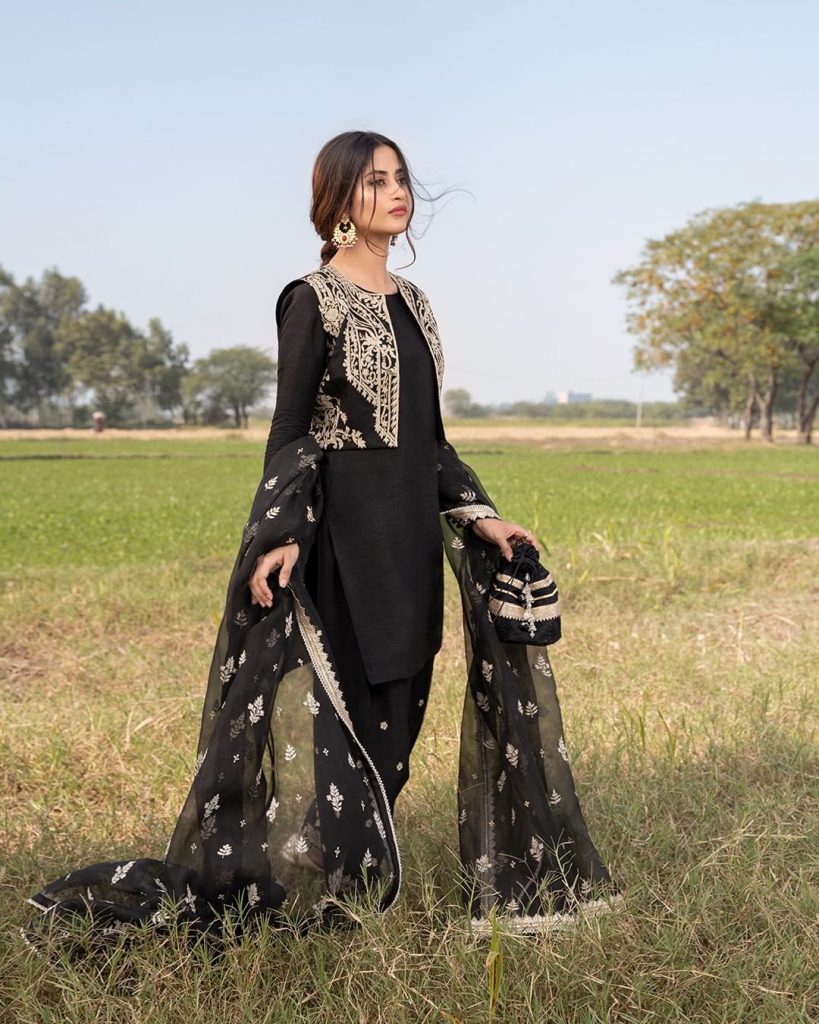 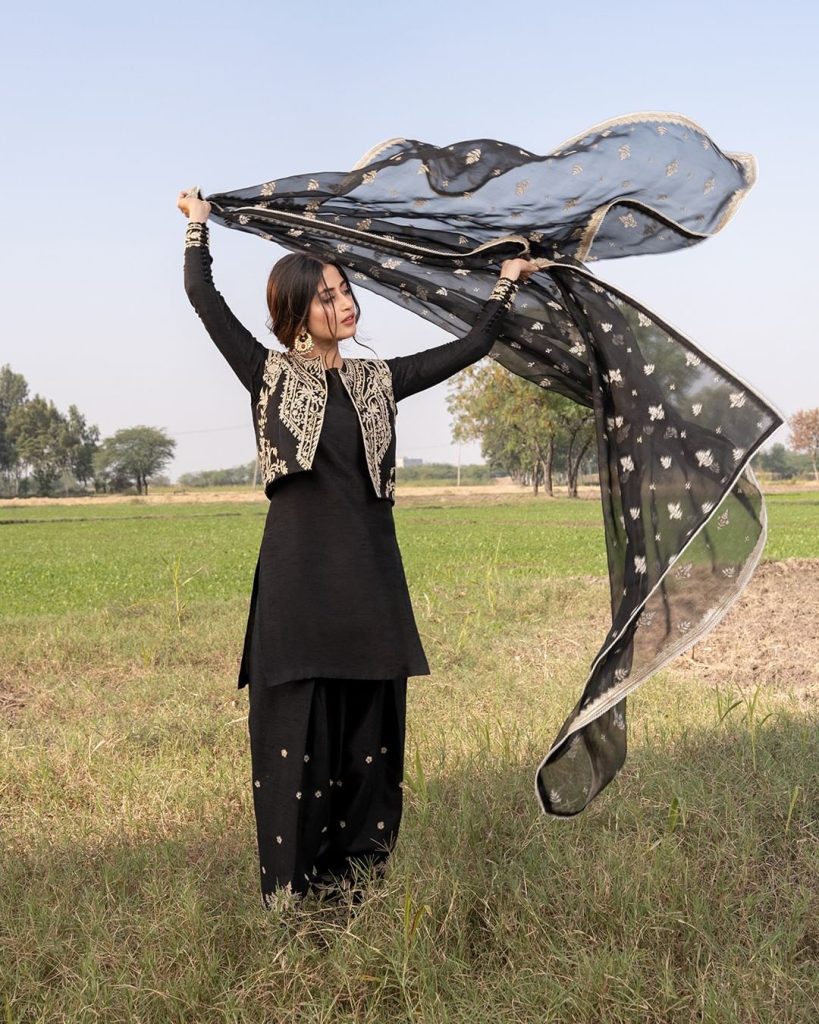 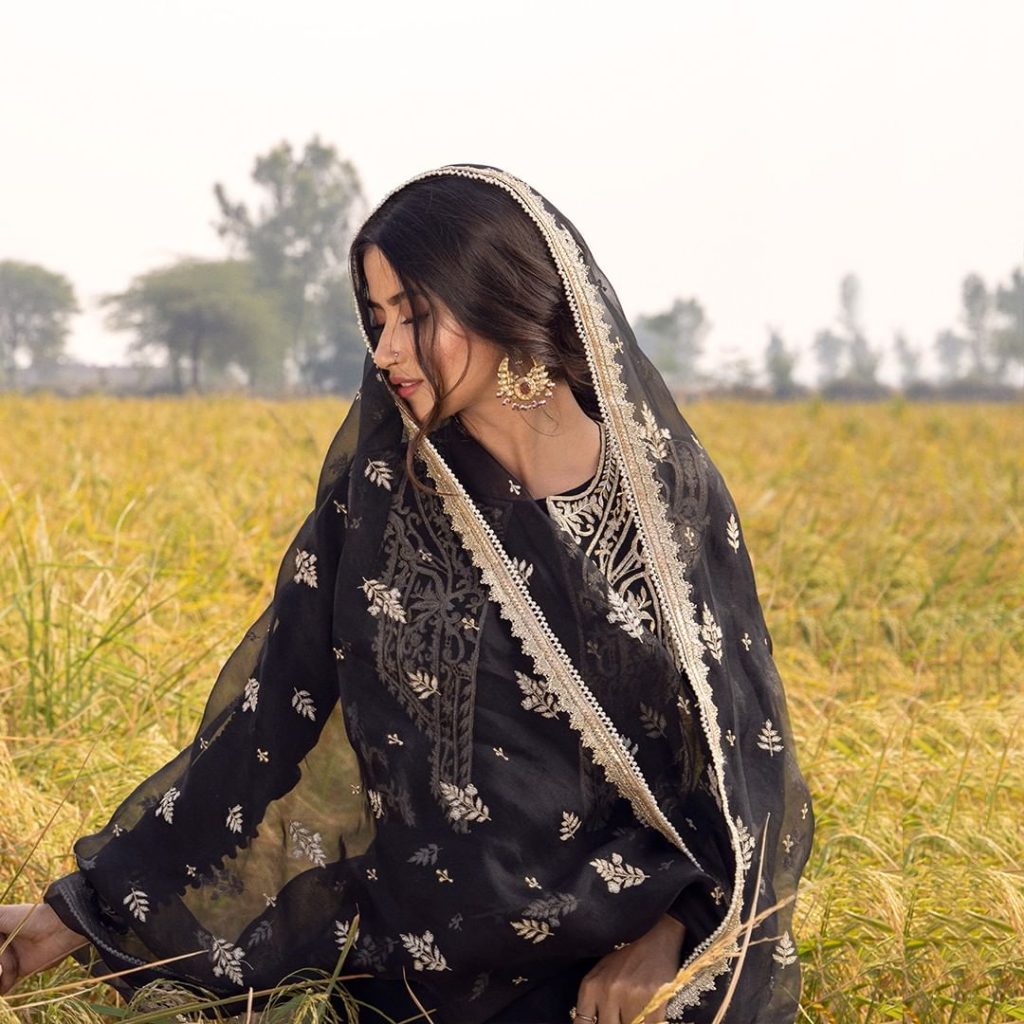 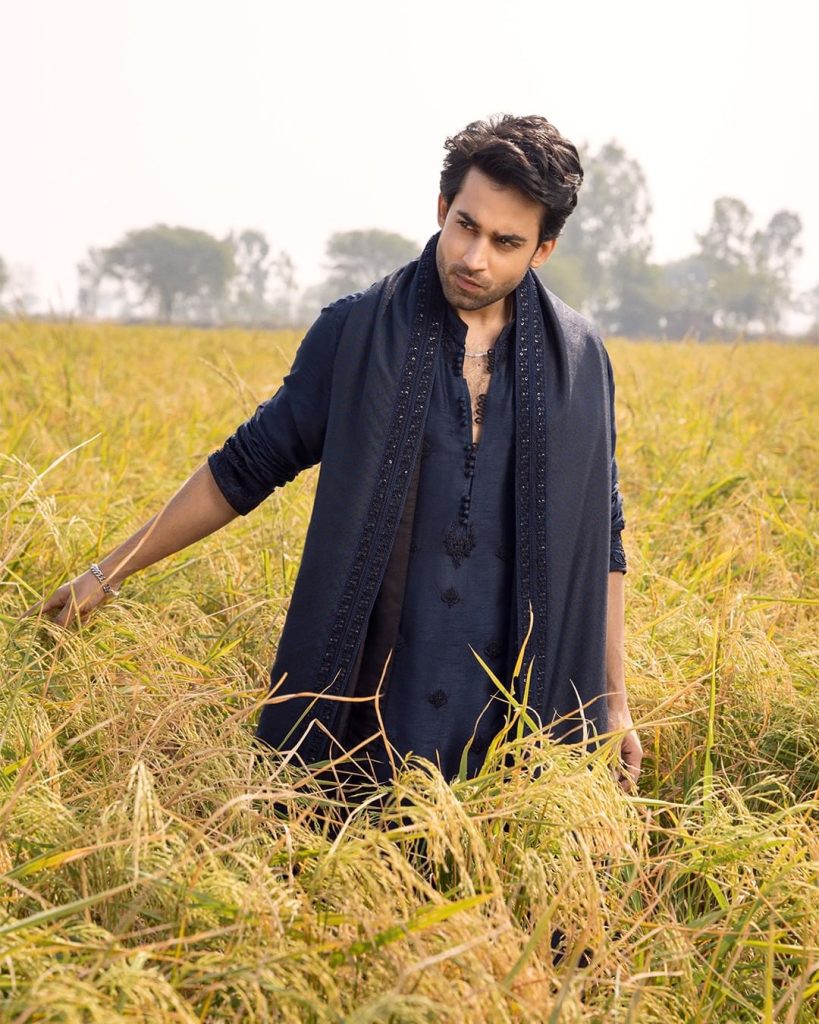 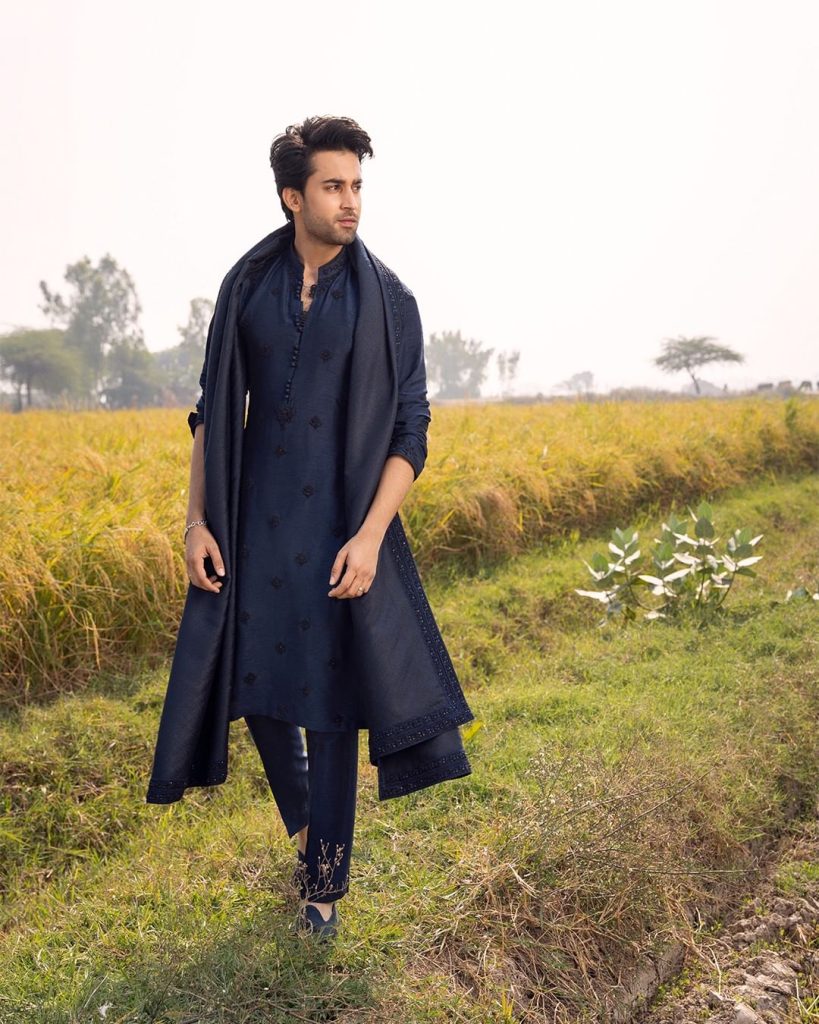 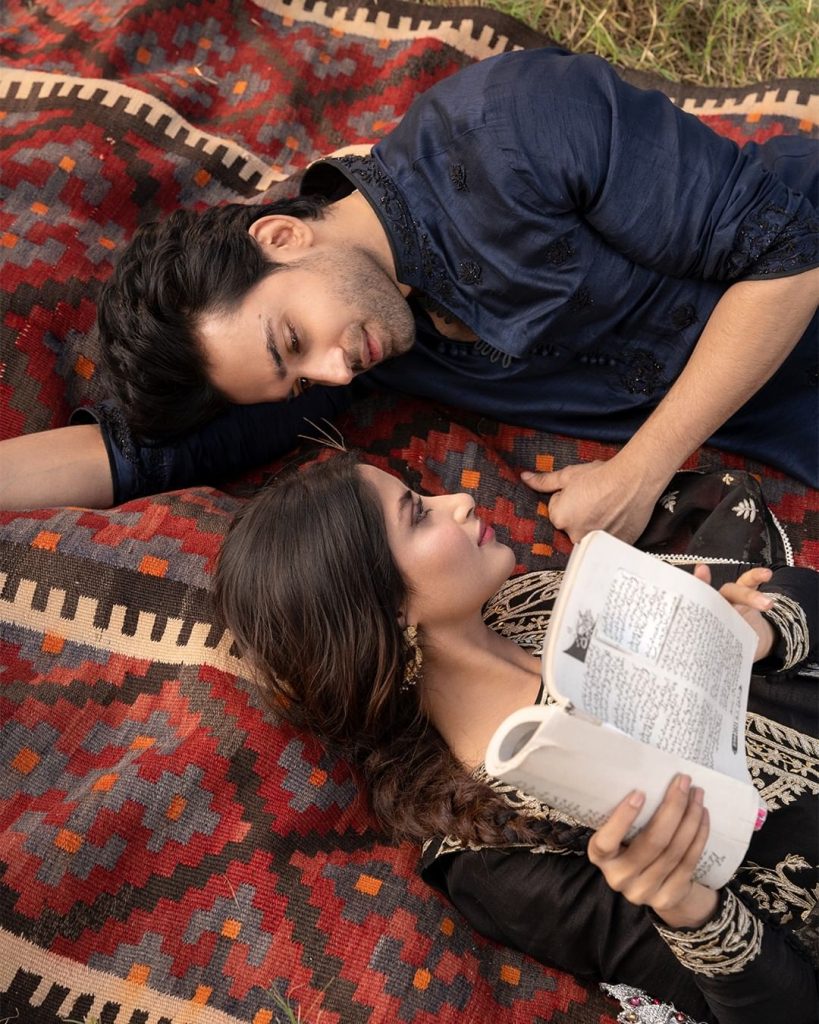 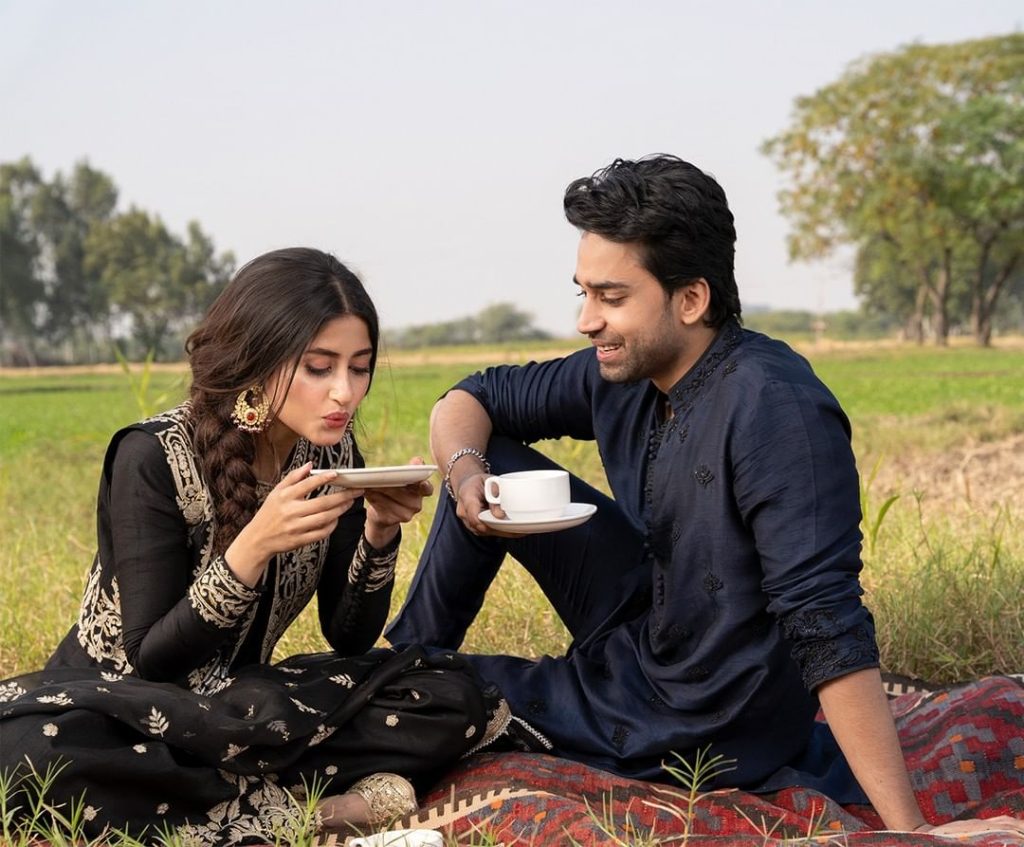