Nabeel Shahid on her dholki event

Nabeel bin Shahid is a model and a rising star in Pakistan’s entertainment industry. Despite the fact that he has only appeared in a few dramas, his acting abilities have been lauded by all. Bisam was played by Nabeel Shahid in the drama serial “Aakhir Kab Tak,” which recently aired on HUM TV. In addition to “Zakham,” “Tera Mera Rishta,” and “Ali Ki Ammi,” he has acted in a number of Pakistani drama series. 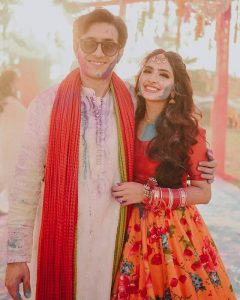 He is a very talented actor though he is still struggling for his career but he is passionate for his future as he is a hardworking guy. 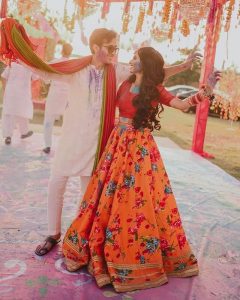 A few months ago, Nabeel Bin Shahid proposed to Alisha Pasha. Alisha is also a model, a social media influencer, and a makeup artist. Beautiful images from their Holi-themed Dholki event have surfaced on social media. Take a peek at some of the photographs below. 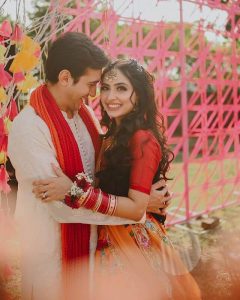 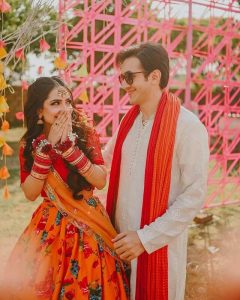 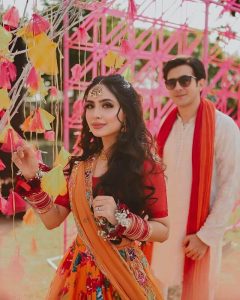 His wife so happy during the mehendi as she really love her partner and wanted to merry I’m from a long time. She looks really pretty. 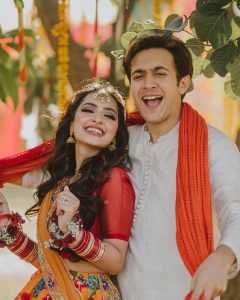 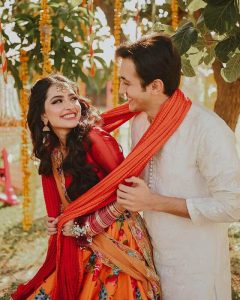 Mehendi is a traditional occasion in marriages in Pakistan where hinna applied to hands on both groom and bride which look so adorable. 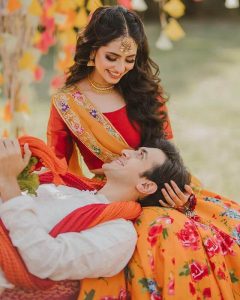 Groom weared white kurta which is essentials on Mehendi events in Pakistan and its looks so beautiful. Many celebs participated in the event and encourage them for their future.