Going to his Twitter handle, Hafeez admitted that he had forgotten his wife Nazia Hafeez’s birthday. Congratulating his wife on her birthday with a charming tweet, he thanked Sania Mirza for saving the day.

Happy Birthday to my wife Nazia Hafeez. I forgot but thanks to rescue angel Sania Mirza [for arranging] birthday cake on time. ”, He tweeted,

Saving the day, Mirza planned a beautiful birthday surprise and bought a chocolate cake. Shining with joy, some beautiful pictures were clicked in the intimate ceremony.

The tennis star also posted her sweetest wish for Nazia on her Instagram handle, in which a beautiful picture of the two women with children is being shared. 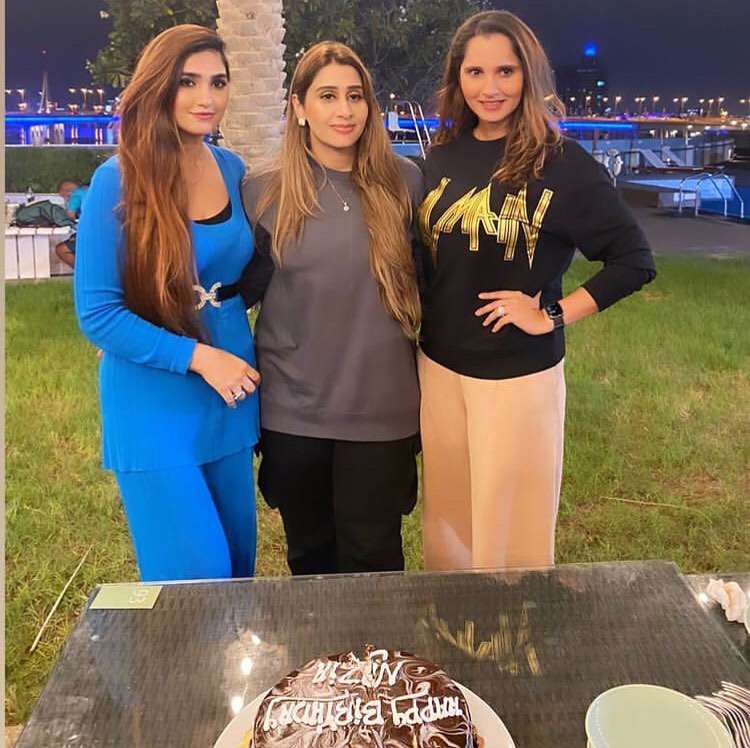 The star cricketer received congratulatory messages from his family, fellow cricketers, friends and fans on his wedding anniversary. Mohammad Hafeez and Nazia Hafeez were married in 2007.